Around the Guru household, the coming of the New Year is a time of peace, quiet and reflection. While the “lesser mortals” were off carousing, loudly ringing in 2012 and generally making a nuisance of themselves, Guru and company were pondering the past and considering how they might better themselves and mankind in the upcoming year. 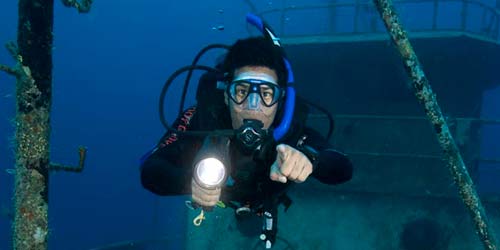 Ok. That sounded really boring. Even to me. While the reality of New Year celebrations in the Guru household might not be much more exciting, they aren’t quite that bad.

Simply put, the Guru has spent part of the holiday thinking about the past and considering the future. Conclusion? Even Gurus need to grow and now is the time. Here are the Guru’s resolutions to grow in 2012:

So, that’s the list for the Guru in the New Year. It might be a bit ambitious, but even if the Guru only achieves half of these New Year goals, well, the Guru will be an even better Guru. Ok, that didn’t make much sense. But you know what I mean.

How are you planning to better yourself and your dive life in 2012? Tell me in the comments below.