Trick or Treat… Critters that Lure

The Halloween game of “Trick or Treat?” sees kids (and adults!) visiting houses with a fun costume and big smile. But while tasty treats are on their menu, they won’t think twice about serving an unwanted trick to the unsuspecting.

The ocean has its own share of Trick or Treaters, too. Check out these critters who are masters at using treats, tricks and costumes to lure their prey, and not just at Halloween…

The Tasselled Anglerfish, endemic to Australia, uses a combination of fleshy tentacles and brownish-red colouring to help disguise itself amongst the reef. This clever fisher doesn’t need a rod to catch its dinner though – it uses its esca, an irregular growth that looks like a marine worm, by wiggling and waving it in front of its mouth to attract passing prey.

The leaf scorpionfish, also known as the paperfish, can be found in many different colours from red to brown and yellow to white, and is easily identified by its large leaf-like dorsal fin. This clever trickster sways and drifts with the current to imitate the motion of a dead leaf, luring other reef dwellers into a false sense of security before it pounces. 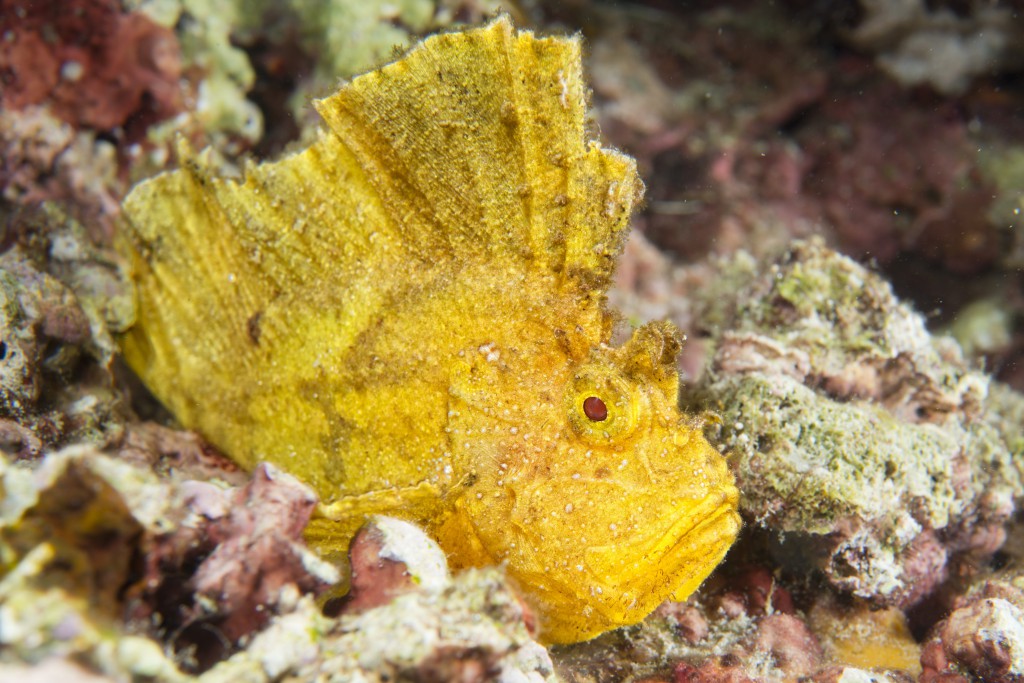 This deep-sea anglerfish is found at 3,000m deep and lives up to its name, with its ghoulish appearance and only one reason why. Instead of imitating a worm, its esca has a symbiotic relationship with bioluminescent bacteria, giving it a glow that attracts prey. But that’s not all. The male attaches himself to a female, biologically fuses to her, loses eyes, teeth, fins and some organs and lives as her parasite for the rest of his life. Who said romance was dead?

Found in Indonesia and Malaysia, these incredible critters are known for their ability to transform their shape, size, colour and texture to mimic up to 15 other sea creatures. Although it usually uses this skill as a defence mechanism, this camouflaged cephalopod has also been known to disguise itself as a member of its prey to allow it to sneak up undetected before gobbling them up. If there was an ocean pageant for the best Halloween costume, the Mimic Octopus would win hands-down. 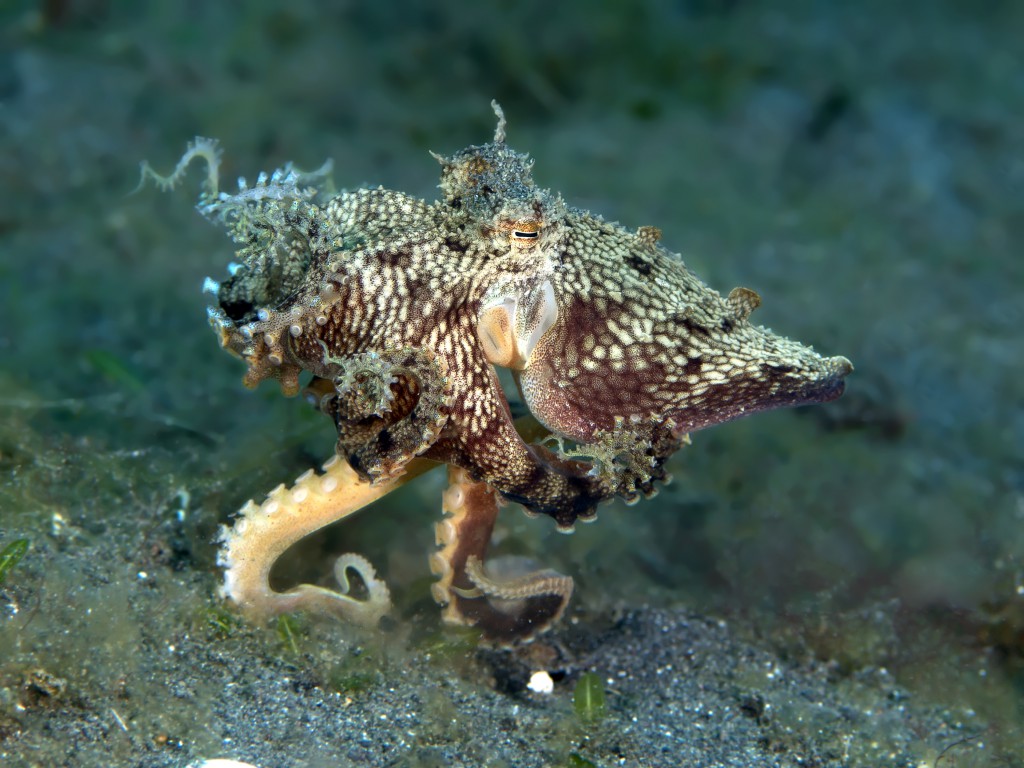 A type of carpet shark, the Tasselled Wobbegong can reach lengths of 1.8m and is found in northern Australia, Indonesia and Papua New Guinea. During the day, it usually lies in wait in caves or underneath ledges, and will flicker its tail around to mimic the appearance of a small fish, luring in prey before it ambushes them. When its jaw opens, the water pressure changes, creating an effect that literally sucks its meals into its mouth before it swallows them whole. 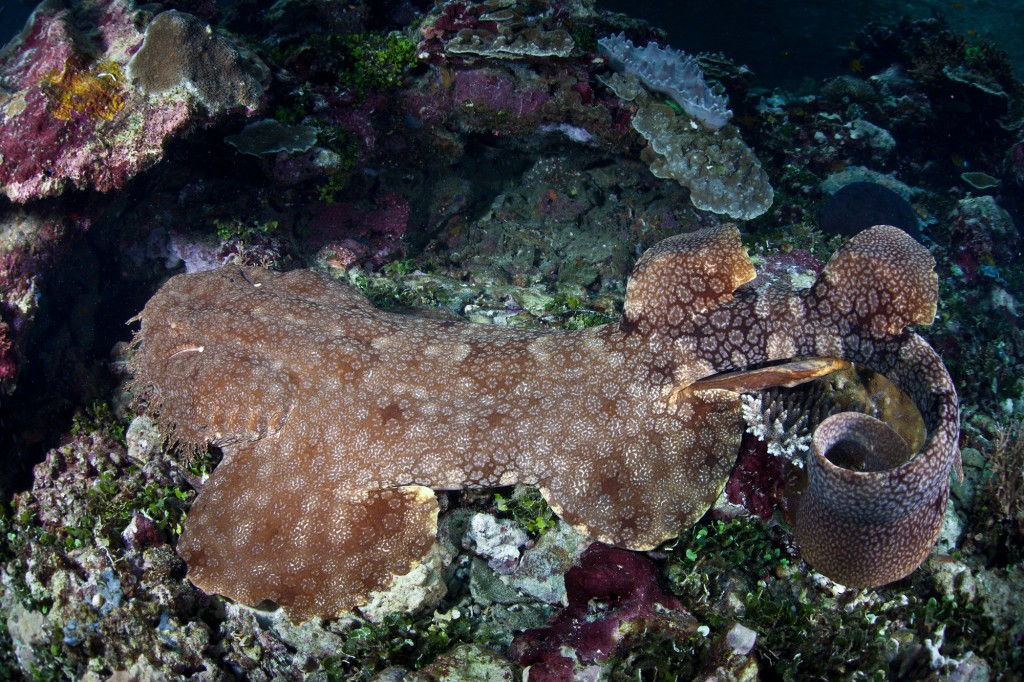 Similar to the Tasselled Anglerfish, the Frogfish hunts with a retractable lure that can grow back if damaged. It dangles the lure (which is actually a modified dorsal fin) in front of its mouth, confusing prey who mistake it for shrimp. With a mouth that expands 12 times the resting size and a snap that can be as fast as 6 milliseconds, you wouldn’t want to be the fish that knocks on this critter’s door.

Not every tempting trick results in an unpleasant ending. The cleaner shrimp rocks side-to-side and claps its claws to attract nearby fish, and the hungrier the shrimp, the more it will clap. But this time, instead of being eaten in return for its interest, the fish becomes a welcome client; the shrimp will feed on dead skin, parasites and tiny pieces of food – a benefit which runs both ways. 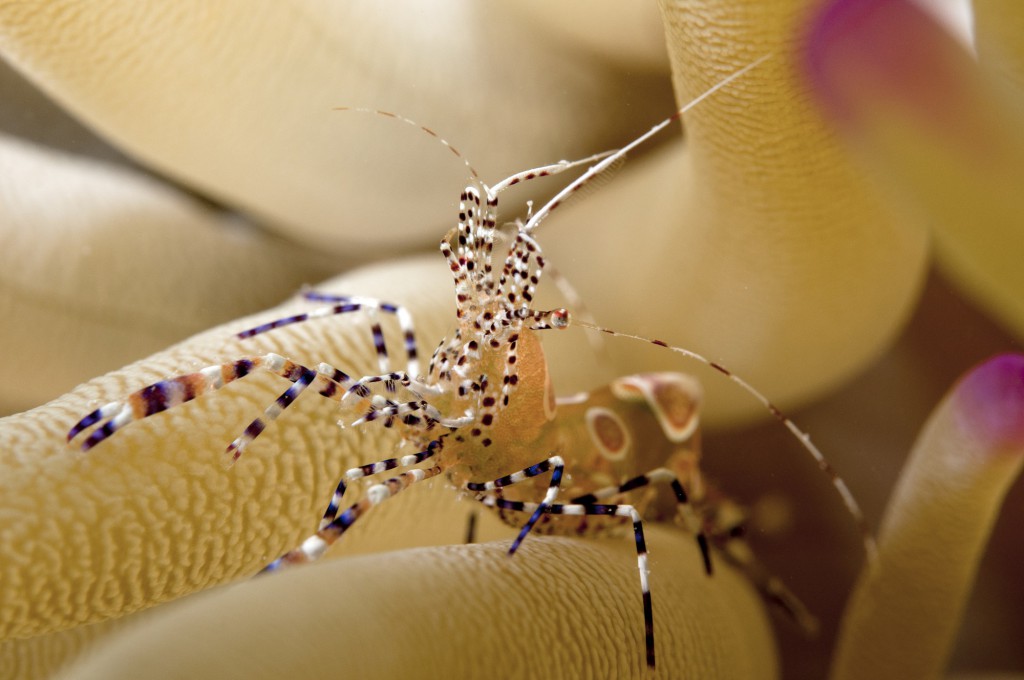 Want to know more about the feeding habits of your favourite creatures? Check out ScubaEarth’s Critter Finder for more facts.