Words and photos by Dr. Caine Delacy. Caine is a marine biologist and photographer dedicated to documenting the underwater world and learning more about the ocean, particularly the health of coral reefs around the world. He currently serves as the Director of Science and Research at the Ocean First Education. Check out his work at cainedelacy.com or follow him on Instagram.

Back in January of this year, I was working on Eleuthera Island in the Bahamas, just south of the world famous Harbour Island. One day, I saw an odd shape appear at the water’s edge in front of my house. I only had a brief look but quickly surmised it was a manatee. Forgoing my freshly brewed coffee, I donned my fins and mask and quickly grabbed my camera.

I was both right and wrong. It wasn’t one manatee. It was two; a mom and her calf. For the next hour, I swam with them, photographing as they ate sea grass and listened to their just-audible clicks and squeaks.

Later in the day, I was chatting with my friend and fellow underwater photographer Shane Gross, a resident of Harbour Island, about the experience. He mentioned the two were well known—the mother was Gina and the baby, Sayle.

But he told me there was a problem—the baby had fishing line wrapped around her right flipper. I quickly reviewed my images to see if I could spot it. The fishing line was barely visible, but its presence was taking its toll. 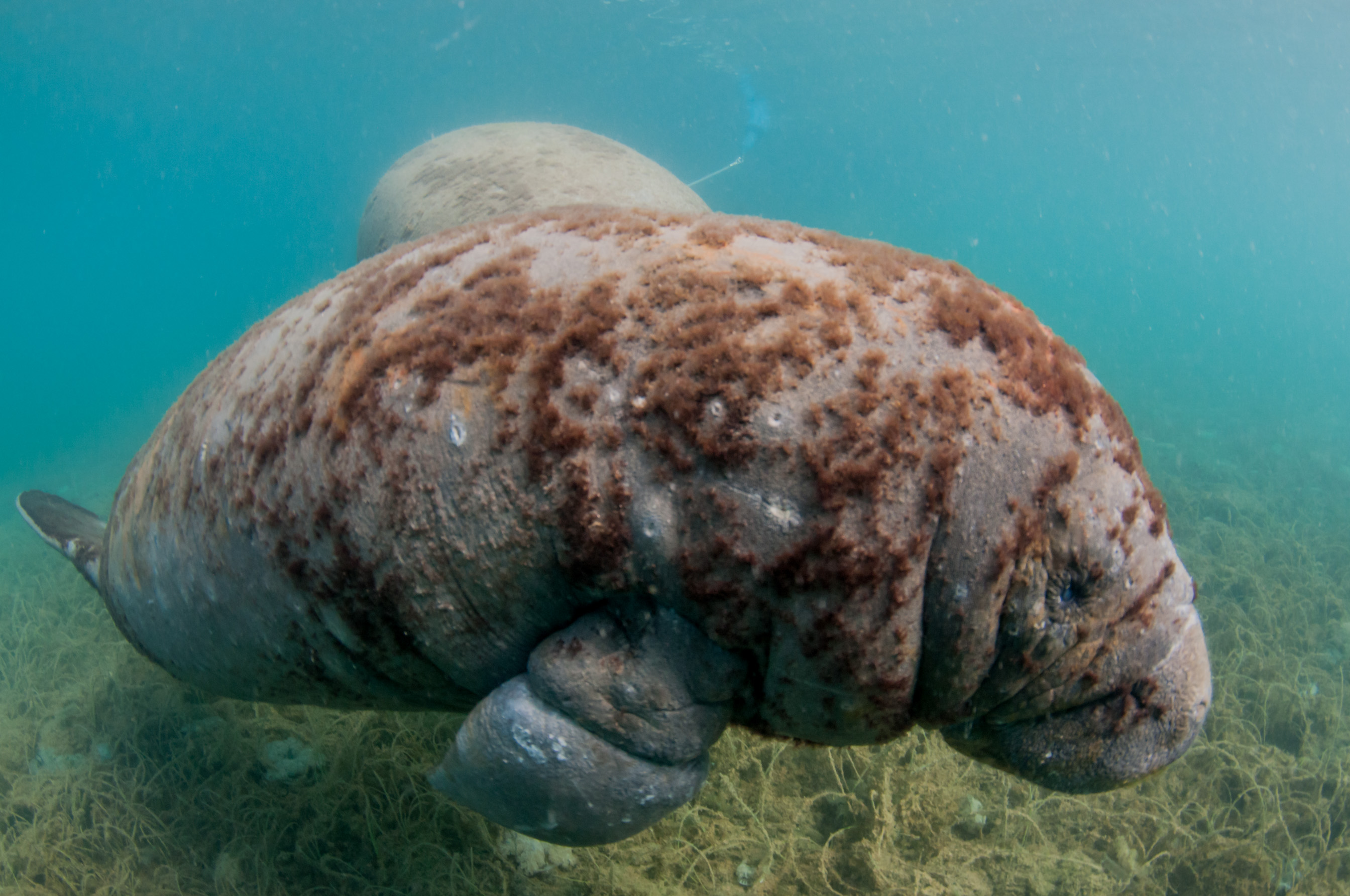 Manatee flippers are critically important to their survival. They use their flippers to dig for food and scoop the vegetation toward their lips. To survive, the flippers have to be in good working order. Not only did Sayle not have a full range of motion, the swelling on her flipper indicated she might be in pain.

I emailed the pictures to the local research group, the Bahamas Marine Mammal Research Organization (BMMRO), and let them know where I had encountered the manatees as well as the time of the sighting. They told me that they would be trying to capture the baby to remove the fishing line and hopefully save the flipper. I knew I had to join them.

On the day of the rescue attempt, we took a ferry across to Spanish Wells, where the manatees were last spotted. We soon met up with team that included the researchers from BMMRO and a small army from the Atlantis Resort in Nassau, including their staff veterinarians.

The members of this team had all performed manatee captures before, and they had the know-how to handle an adult manatee, which can weigh over 1,500 pounds.

We located the pair in a dead-end waterway by some boats. We searched for a suitable boat ramp—one that could be closed off with a net. It had to be in a deep enough area to coax them in, yet a gentle slope that would allow our team to haul the two mammals out of the water.

We found a boat ramp, but it would require our two boats to close off the entrances to other waterways. We also needed a local to swim and lead the manatee to where we wanted them, about a third of a mile from where we’d found them. 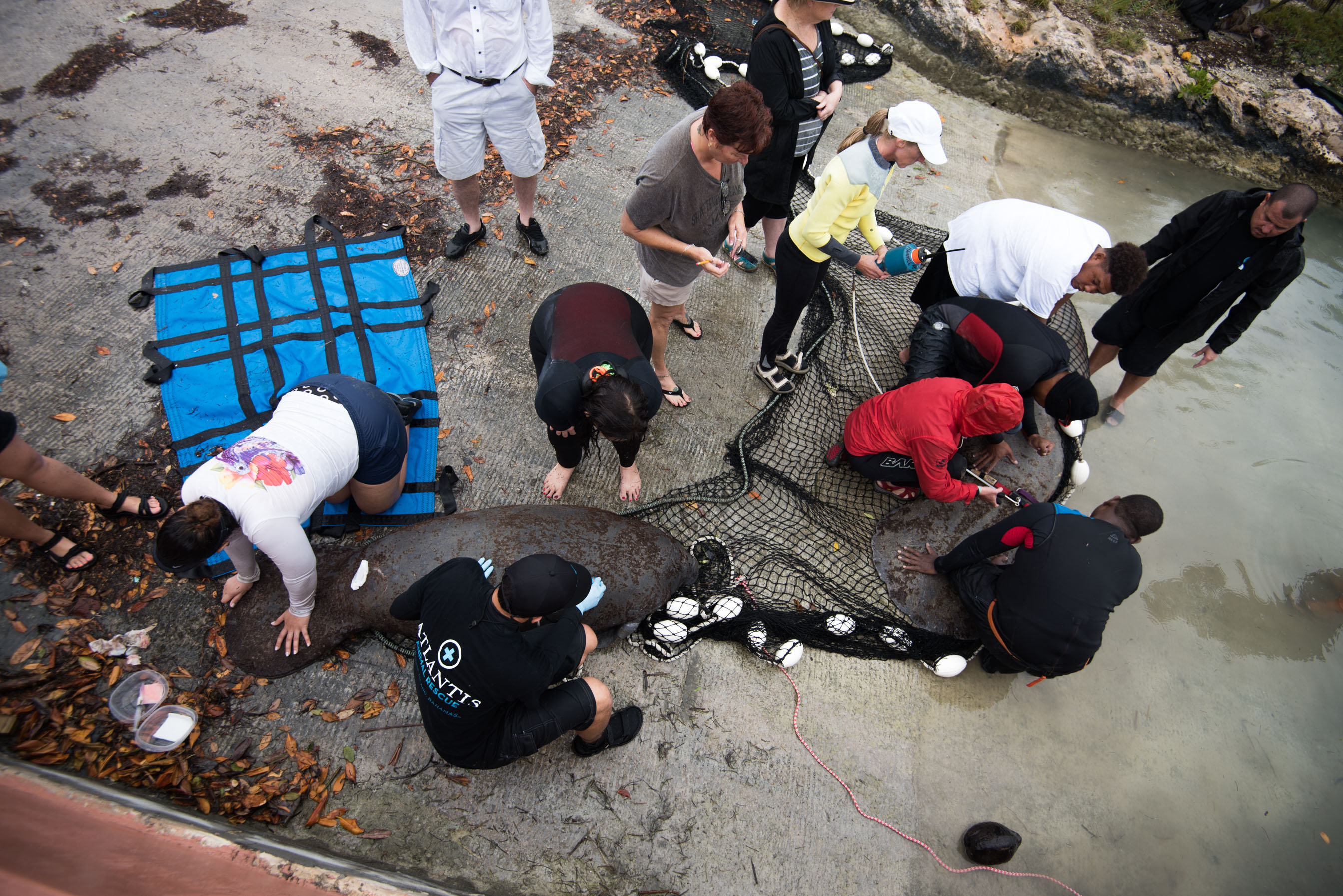 After a couple of false starts, we got the manatees contained. We got them both out of the water and separated. Then, it was time to get to work. I was one of two people to put our body weight on baby Sayle, to keep her from hurting herself on the cement. It was her natural instinct, of course, to try and flap her body back to the water.

A handful of others did the same to Gina. Finally, they both calmed down and the vets went to work.

The tangled-up line was wrapped three times around Sayle’s fin. It had cut its way into her flesh, up to an inch deep in places. Luckily, the vet seemed to think the bones were fine and that there was still good blood flow to the tip of the flipper. 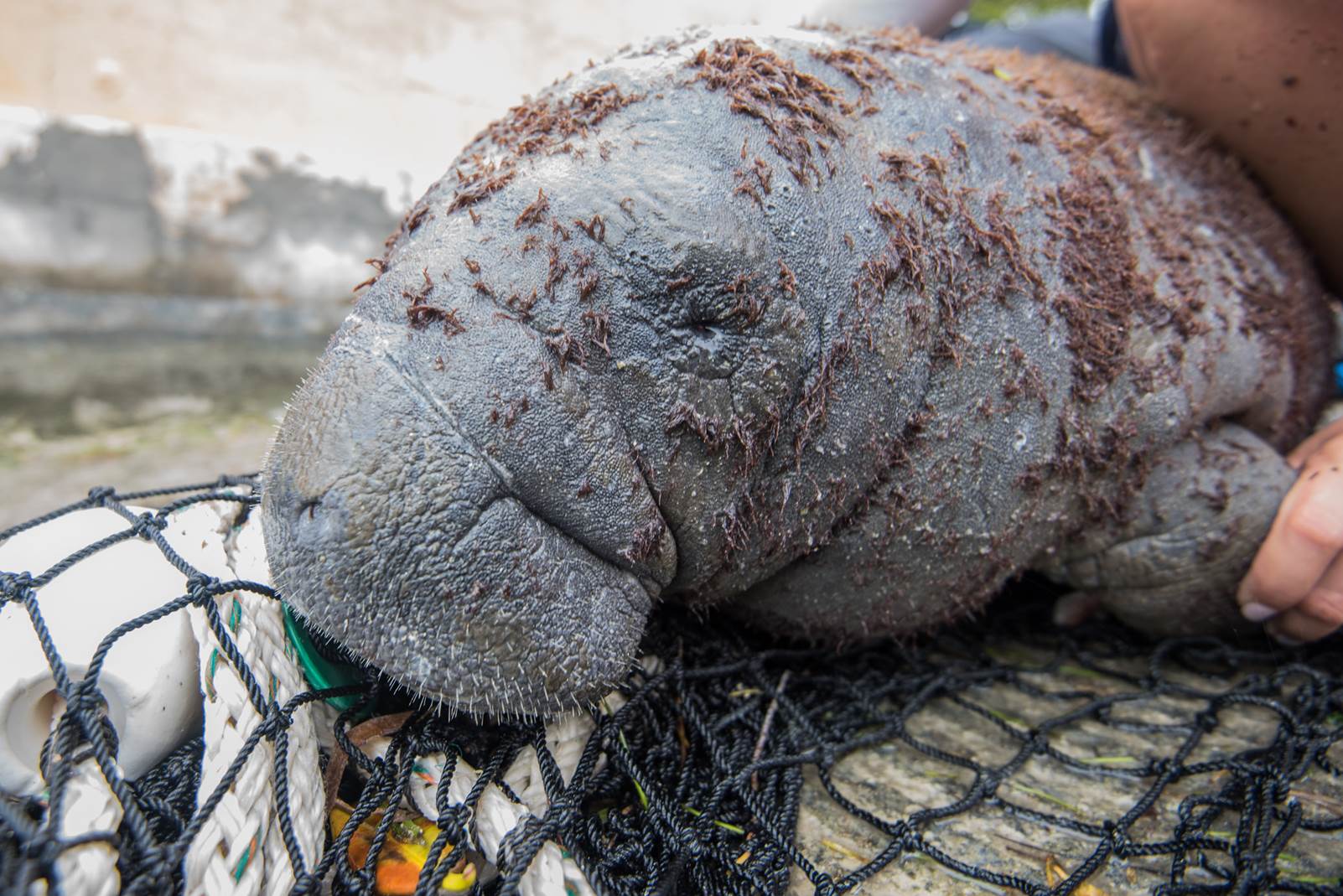 After a good clean-out of the wound and application of antibiotic ointment, blood work was done on both the mom and baby to later evaluate their overall health. A satellite tag was attached to the mom. As a result, we all can now follow her whereabouts by checking the BMMRO’s Facebook Page.

All in all, it was a very successful mission. It was us humans who created her unfortunate situation. It was up to us to fix it. 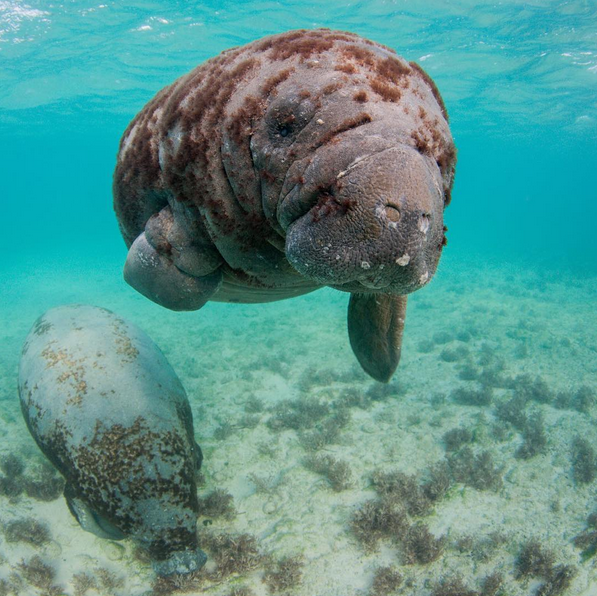