Across the animal kingdom, it’s generally considered the norm for the female of the species to hatch and nurture their offspring. However, there are a few exceptions – even below the waves. Just take a look at these dedicated males from the marine parenting world:

Perhaps one of the most widely-cited examples of male parenting is the Sygnathidae family. This includes seadragons, pipefish and, the most famous – seahorses.

Contrary to popular belief, seahorses don’t mate for life. But, it’s not uncommon for males and females to bond for the breeding season. After an elaborate courtship ritual, the female deposits over a thousand eggs into the male’s pouch, before swimming away and leaving him to his fatherly duties. She’ll only return once a day or so to make sure he’s doing his job.

During the incubation period, the male seahorse supplies the eggs with nutrients, oxygen and temperature control. After hatching at around 10-30 days, the baby seahorses will stay inside his pouch (a nursery with salinity control) until they are ready for life in the open ocean.

Once he’s ready to give birth – usually at night – the male seahorse expels the babies by using muscular contractions, a process which can take hours. Anywhere from 100 to 1000 fry are released, swimming away to continue their journey alone. The male seahorse won’t nurture them anymore, but his hard work isn’t finished; he will take on a new batch of eggs the next day.

Also known as a lumpfish, the lumpsucker lives in colder waters around the Arctic, North Atlantic and North Pacific. Although very little is known about their reproductive behaviours, the dads of this species are particularly tough when it comes to protecting their young.

After the female lays her eggs in shallow waters the male swims in to take watch, aerating the clutch using his fins or tail. When the tide goes out, instead of abandoning the brood and returning with the next tide, he fixes himself to the rocks using adhesive discs located on his pelvic fins, and continues to guard the eggs even though he is exposed to dangers such as sea birds. Now that’s dedication to duty! 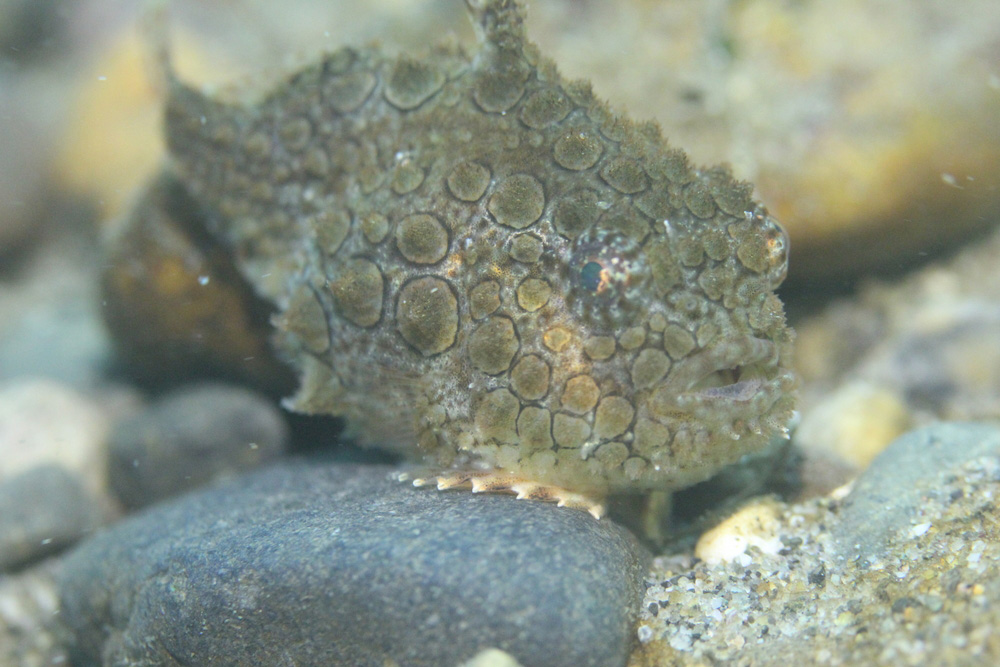 Sea spiders are so-named for their appearance, but are not related to the spiders we see on land. They are usually found around North-west Europe and the British Isles, where they are fairly common. After the female lays her eggs, the male sea spider will gather them up and bind the batch together, attaching them to his legs using a special sticky substance. They’ll stay fixed to his long legs until they hatch into larvae. 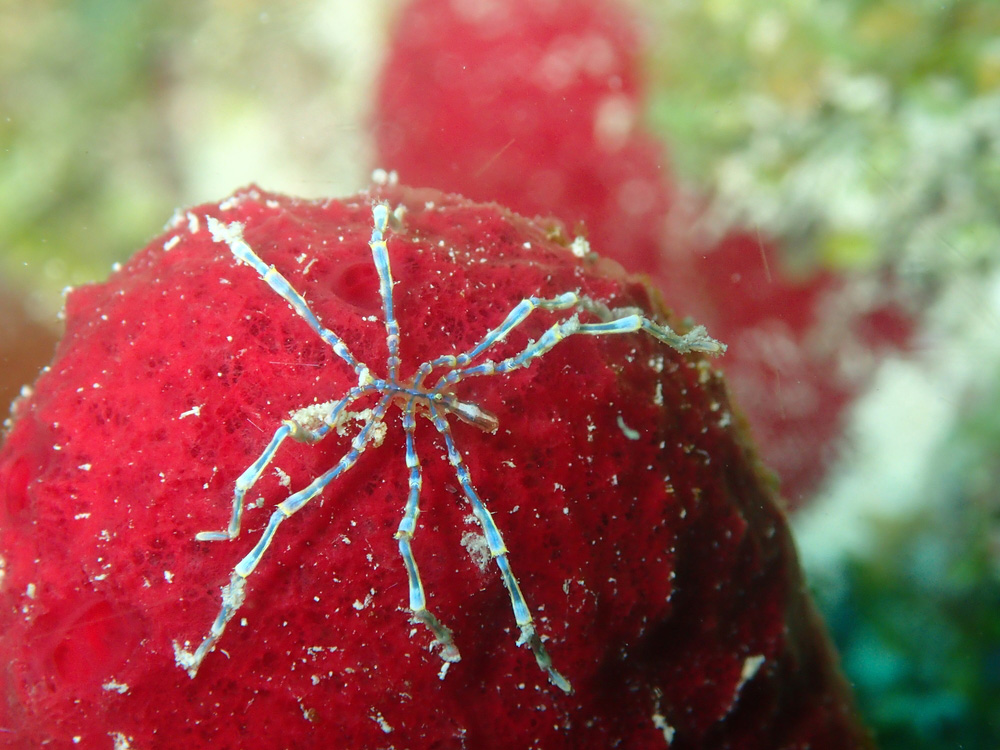 Male cardinalfish employ a technique called mouth-brooding: holding their young inside their mouths to ensure they don’t stray away. During this time, Dad can’t eat anything else, and with hunger building up over many weeks, it’s not unusual for him to make a meal out of the eggs. To help prevent this, female cardinalfish mix in fake, yokeless eggs alongside the real ones, tricking the father-to-be into thinking he has a bigger brood and increasing the likelihood he’ll want to care for it, rather than snack on it.

As part of the Gasterosteidae family, stickleback fish are related to seahorses, although their approach to parenting is somewhat different.

Male sticklebacks use a glue-like secretion to build a nest, attracting a female who will lay her eggs inside whilst the male swims through and fertilises them. But unlike their seahorse cousins, there’s no hint of monogamy in this relationship; the male stickleback will chase the female away before breeding with several others and building as big a brood as possible.

Whilst taking care of his offspring, the male stickleback will spend half of his day fanning the eggs at over 400 beats per minute. This keeps them oxygenated and avoids the build-up of waste products in the nest. He’ll also remove eggs that show signs of fungal infections, and prevent his females from eating the eggs of their rivals.

But despite the hard work and permanent guard duty, Stickleback males are not always the perfect parent; if they get too hungry, or don’t like the mother of a particular batch of eggs, they won’t think twice about eating them for dinner.

Once hatched, baby sticklebacks remain in the nest with Dad catching any wanderers in his mouth, spitting them back into the safety of the nursery until they are older and ready to leave. 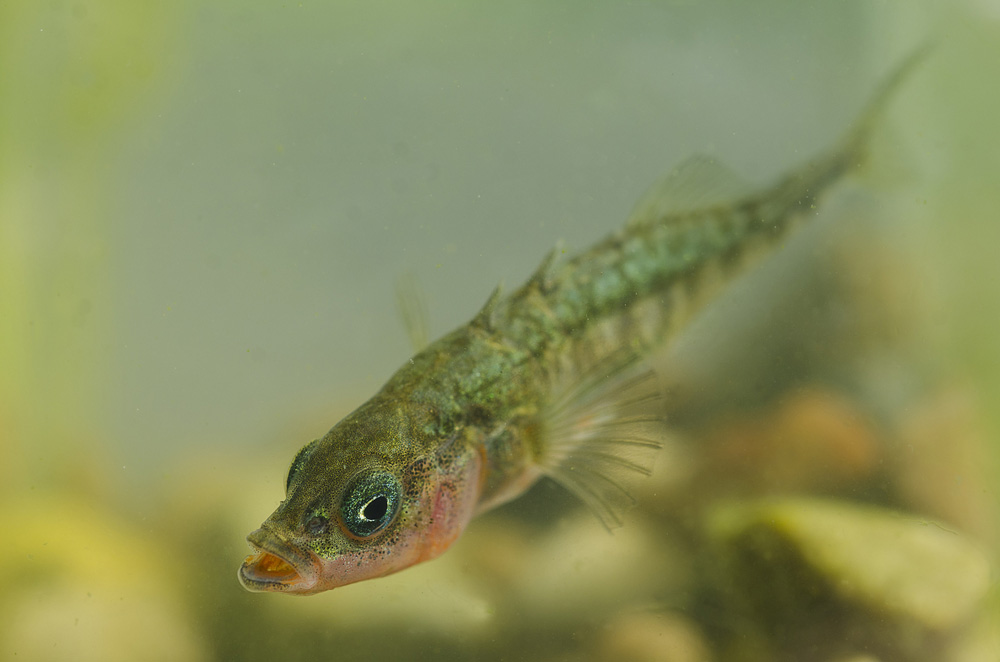 Although only a part-time ocean-goer, the mighty effort of a penguin dad is arguably the most impressive of all. Whilst all penguin species share parenting responsibilities, male emperor penguins score the most points for endurance and dedication.

At the start of the Antarctic winter, emperor penguins begin an epic trek across ice and snow. They travel up to 120km, facing temperatures as low as -62C/-80F. Once they reach the colonial breeding ground, courtship and mating takes place. Females lay just a single egg, transferring it to the male before heading back to the sea to feed.

For two months, the male waits with the colony, balancing the egg on his feet above the freezing ground. He’ll tirelessly incubate it inside his brood pouch whilst standing upright. He’ll huddle with other penguins for protection against cold winds that can reach 200km/hour (120mph). By the time his mate returns, a male emperor penguin may have gone four months without food. He’ll even have lost around half his body weight, but if he’s done his job well, Mum will return to a healthy, happy chick.

The female then takes over parenting duties, leaving Dad free to travel to the ocean to feed and re-gain strength. Afterwards, both parents will share the responsibility of raising their young. And, as if once wasn’t bad enough, they’ll do this all again in the next breeding season.

Learn even more about these and other impressive aquatic dads with the ScubaEarth Critter Finder.