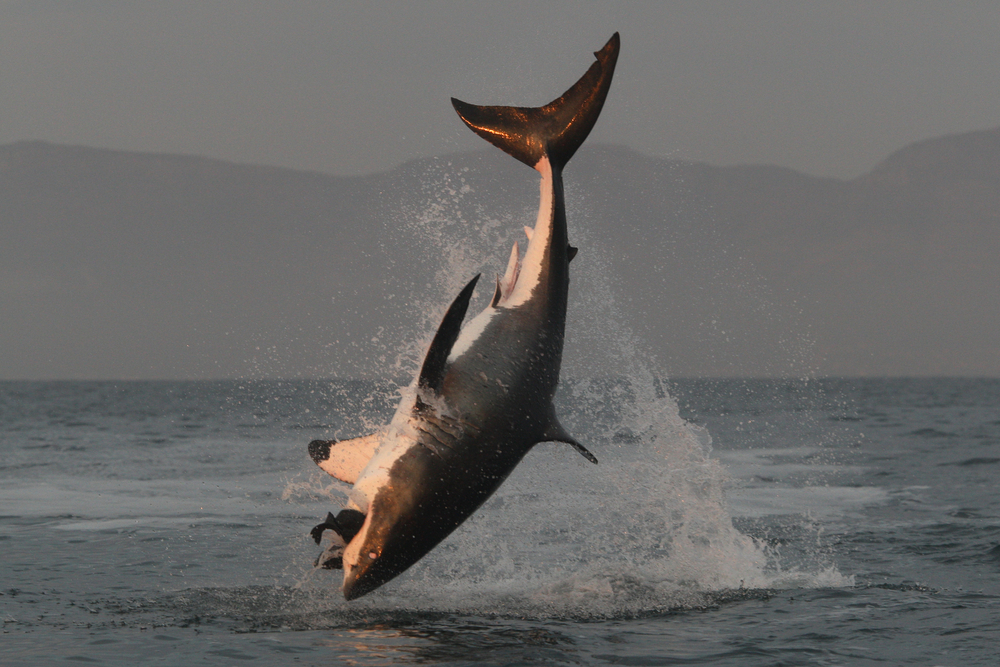 It only comes around every four years, but the Olympics bring out the fastest, strongest, and most dominant forces on Earth to compete for the top spot on the podium. When it comes to underwater Olympics, we nominate these five sea creatures to bring home the gold as the Final Five of the sea. 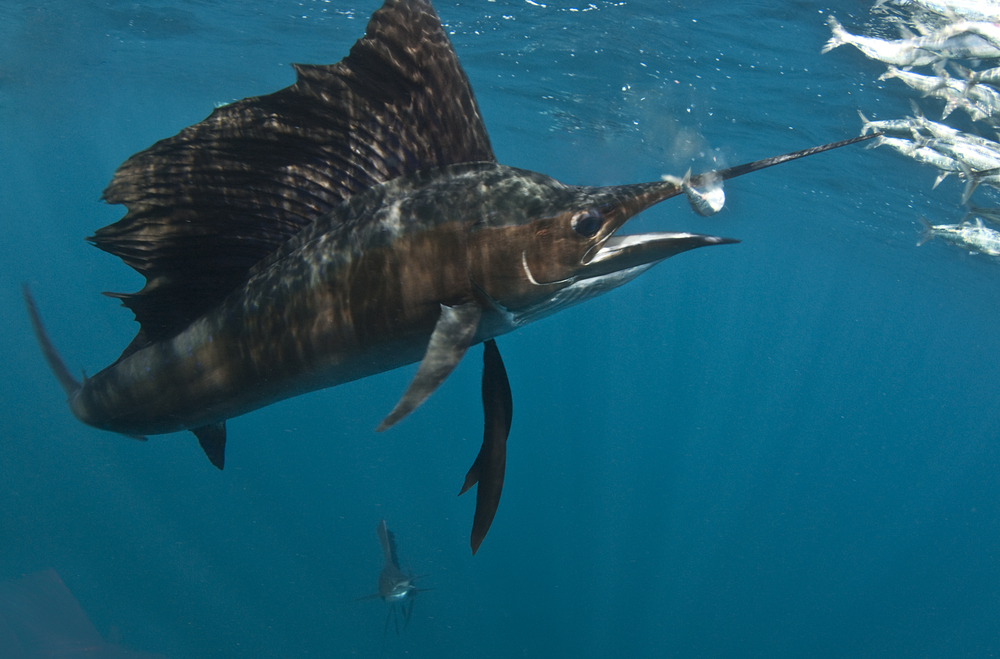 The Sailfish grows at a remarkable rate of over 4 feet/1 metre long in just one year. It boasts an impressive speed of up to 68 mph/110 kph making it one of the fastest in the ocean. This fact is not so good for the small pelagic fish and squid it likes to gobble up along the way. 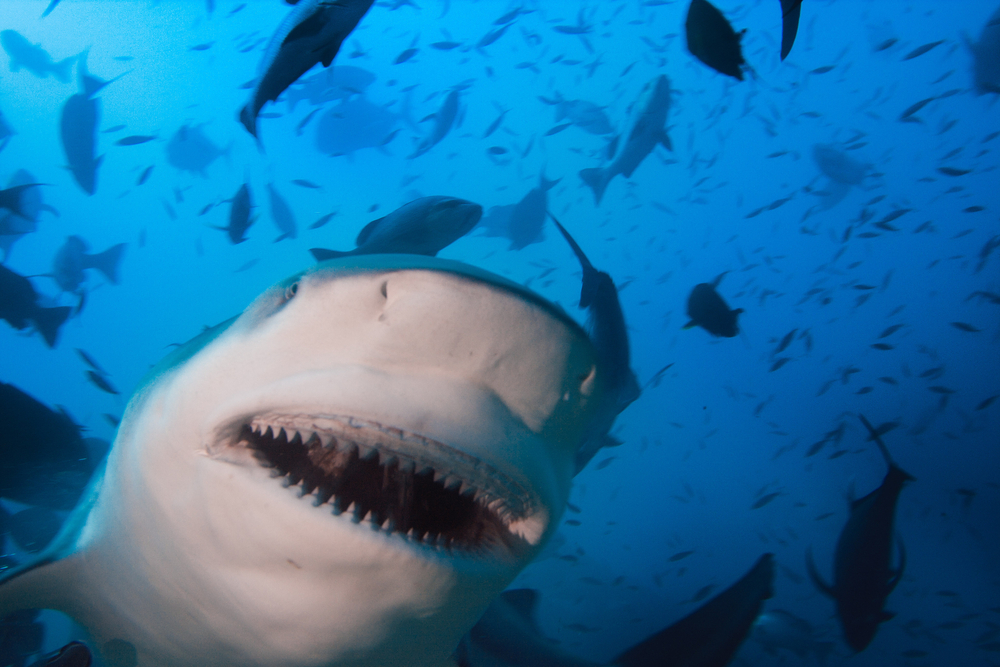 The Bull Shark is known to be aggressive, unpredictable, and quite large, averaging at 7.9 feet/2.4 metres long and weighing in at 290 pounds/132 kilograms. To date, the largest bull shark was recorded at a hefty 694 pounds/315 kilograms. In addition to all these big numbers, their bite is equally powerful chomping down with an estimated 1,330 pounds of force. Ouch! 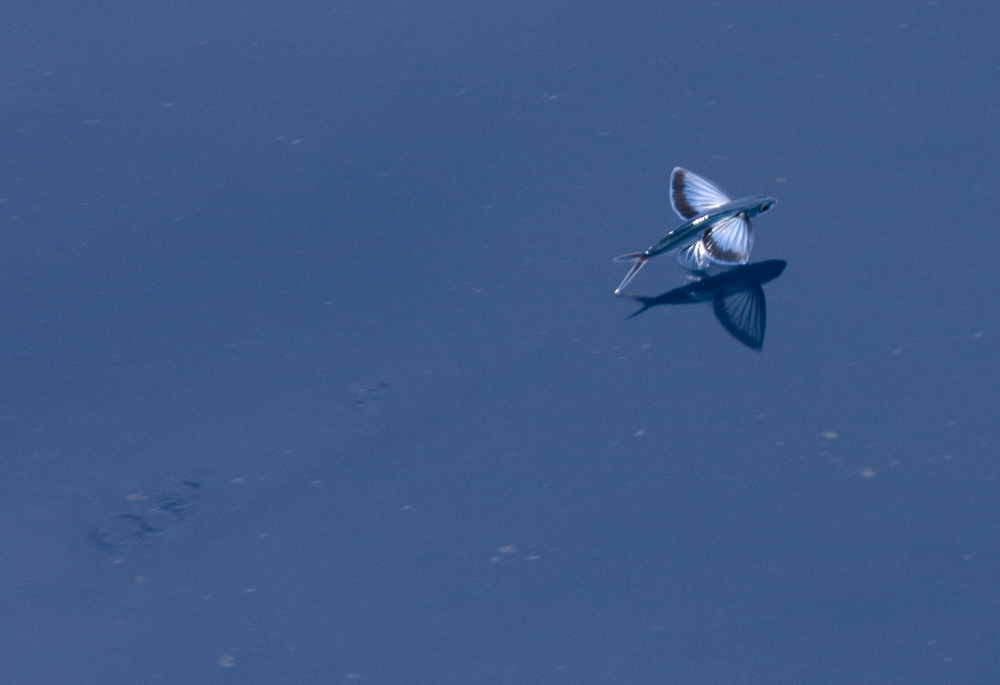 Flying Fish cover an average distance of 160 feet/49 metres and clock up to 45 seconds in flight. They’re loved by divers for gracefully gliding at the water’s surface. What’s even more fun? They hit speeds of more than 43 mph/69 kph. 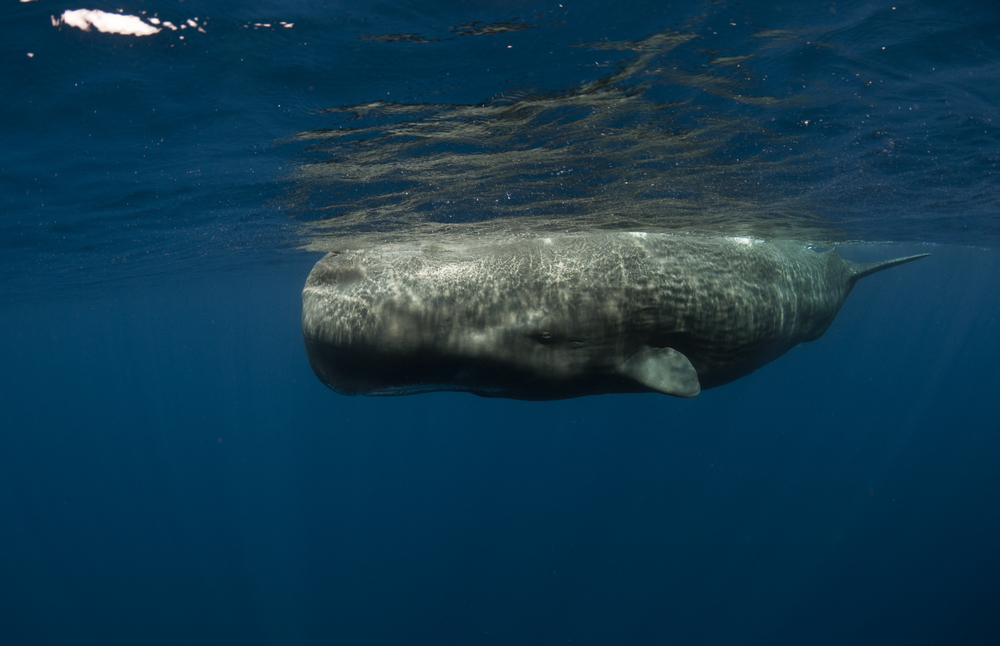 There’s no question the Sperm Whale would win the freediving portion of the Olympic events. These big beauties are the largest toothed whales in the water. They measure up to 67 feet/20 metres long and weighing over 62 tons/56,246 kilograms. When it comes to feeding time, they dive to over 2,600 feet/792 metres in search of food.  They hold their breath at over an hour, the longest dives achieved by mammals. 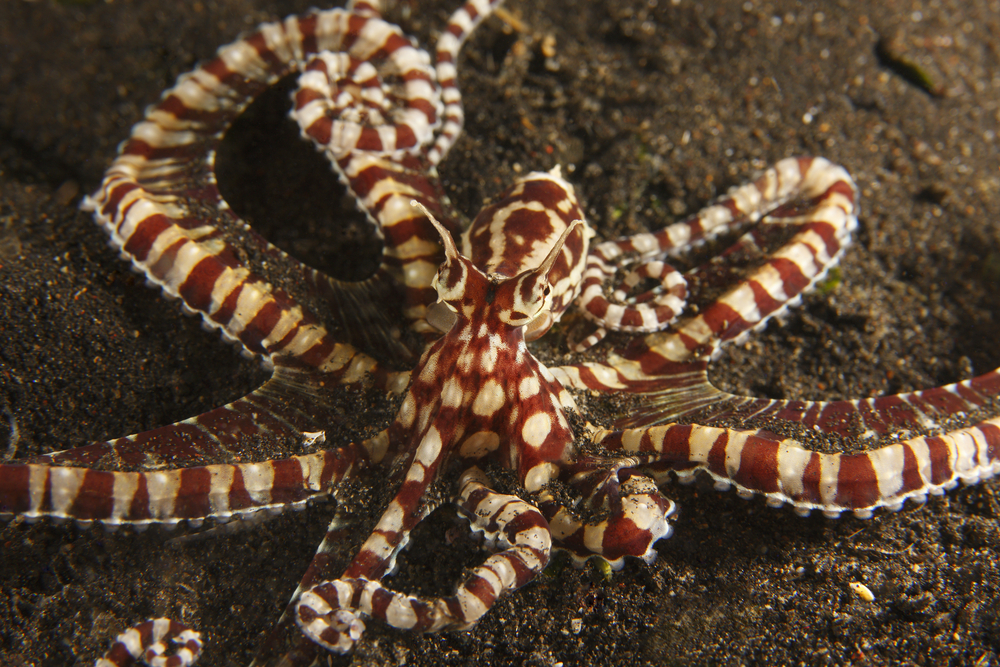 Meet one of the most entertaining creatures in the sea. The Mimic Octopus deserves an Oscar for its acting abilities. Light brown is its natural color. The master of disguise protects itself from predators by changing its color and shape order to mimic an abundance of critters including the lion fish, sea snake and even at the surface as a jellyfish.

Sea creatures adapt incredibly well to their ocean environments. Check out more of the Fastest Fish in the Ocean.

Trick or Treat… Critters that Lure