Eco-Advocacy and Adventure in Galápagos with Roberto Ochoa 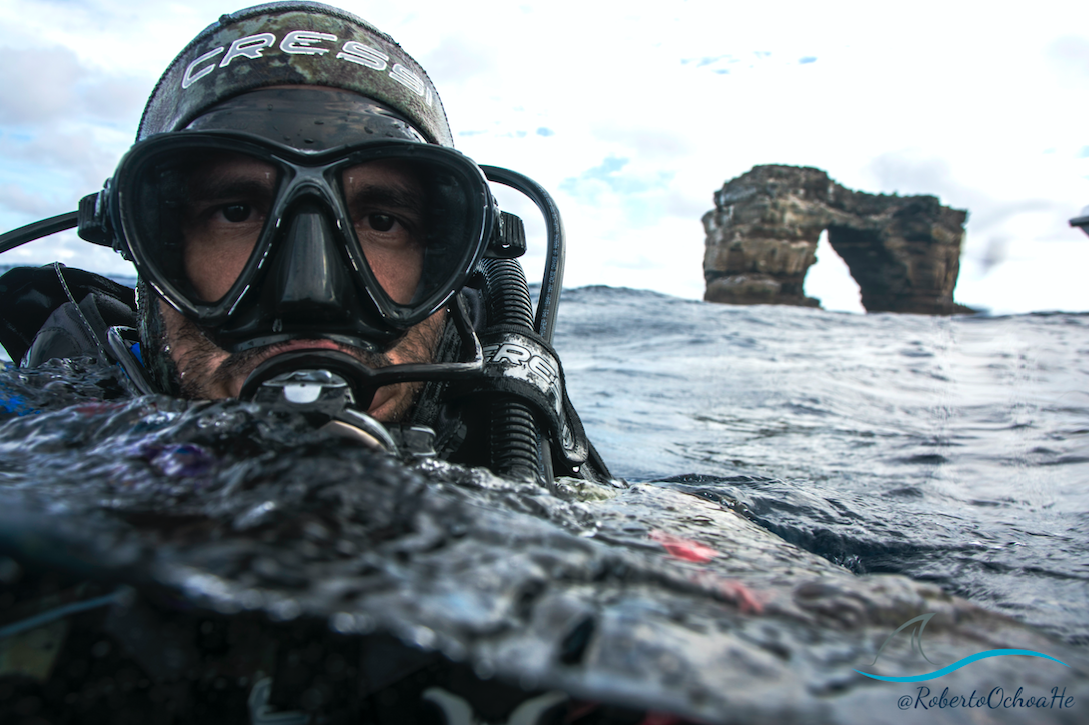 PADI AmbassaDiver™ Roberto Ochoa talks about his recent expedition to Galápagos, when he spent 10 days shooting a documentary film in partnership with Cressi, showcasing the beauty of the marine sanctuary and filming freedivers as they encountered the surprising reactions – or lack thereof – of the area’s aquatic inhabitants to their presence.

For 10 days beginning 28 July 2016, a team of noted eco-advocates joined PADI AmbassaDiverTM and marine wildlife videographer Roberto Ochoa on an expedition to the Galápagos Islands to raise awareness of the importance of conservation, promote responsible eco-tourism and film freedivers exploring the recently-created shark and ray sanctuary in the waters of Darwin and Wolf Islands. The expedition was born in celebration of the 70th Anniversary of Cressi, who brought together the best in scuba and freediving to inspire a sustainable future.  The team included some of the aquatic realm’s most ardent divers, including professional freediver Guillaume Néry; shark conservationist Ocean Ramsey; Charles Darwin Foundation scientist Dr. Pelayo Salinas De León; Cousteau Divers Founder Pierre Cousteau; deep dive record holder (and PADI Professional) Leo Morales; champion freediver Estrella Navarro; and esteemed underwater photographers Juan Oliphant and Natalie Parra. 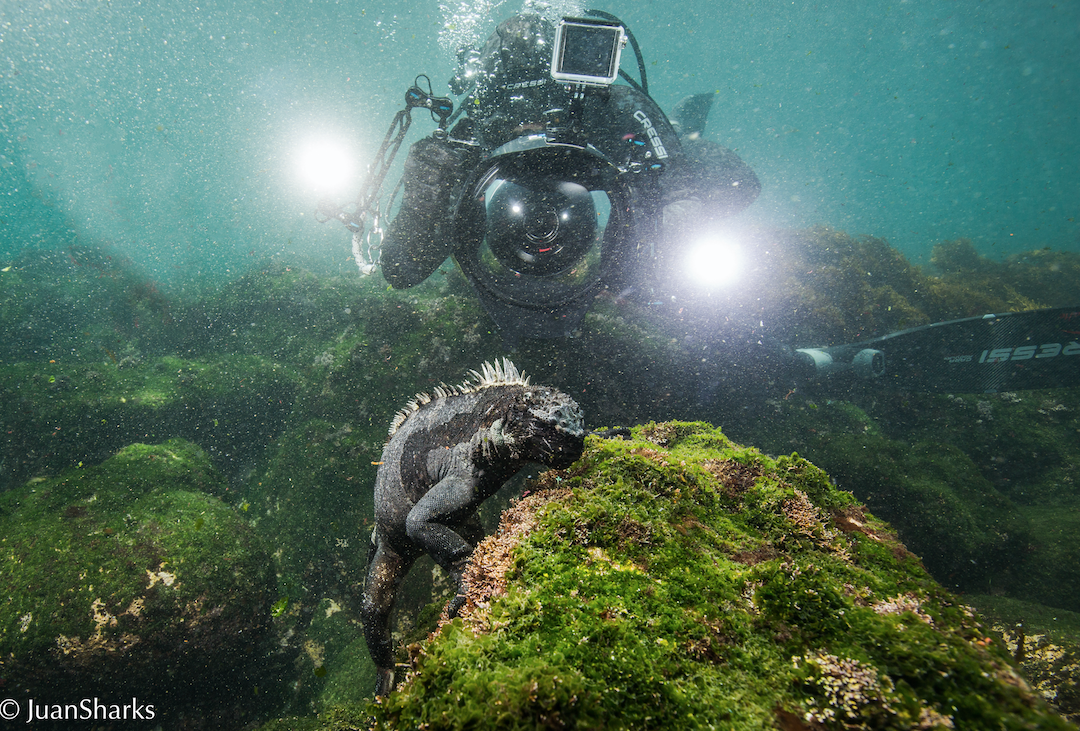 “The purpose of the expedition and the resulting film is to present a positive message about the natural conservation of marine species and their coexistence of man through sustainable development,” says Ochoa, who is interested not only in showcasing the beauty and bio-diversity of the Galápagos Islands, but also supporting the local economy by promoting responsible eco-tourism. “That’s why we devoted a day of the expedition to a special program for students from local schools and another to snorkeling in the waters of Tortuga Bay with 80 local children, age 8-11. We must educate the young about the importance of sustainable conservation in order to establish a strong foundation for future eco-activism.” 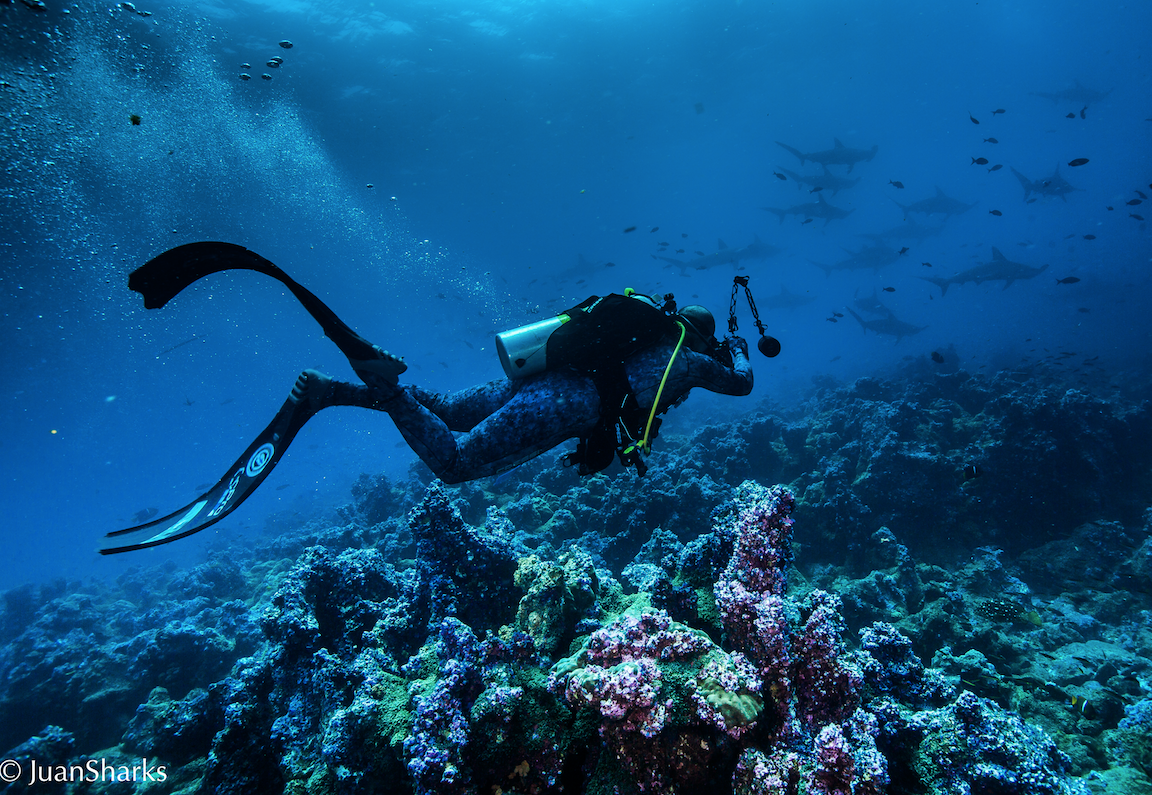 According to Ochoa, one of the most amazing revelations of the expedition was the interaction of marine animals with the freedivers. “For many marine species, this was their first encounter with freedivers, and they seemed to consider them fellow denizens of the deep – probably because, unlike scuba divers, the freedivers were silent so the marine animals responded to them in a totally different manner,” he explains. “It was particularly fascinating to watch the reactions of the hammerhead sharks. They seemed far more curious than cautions when they encountered the freedivers and didn’t hesitate to interact with them. It resulted in truly magical moments captured on film. 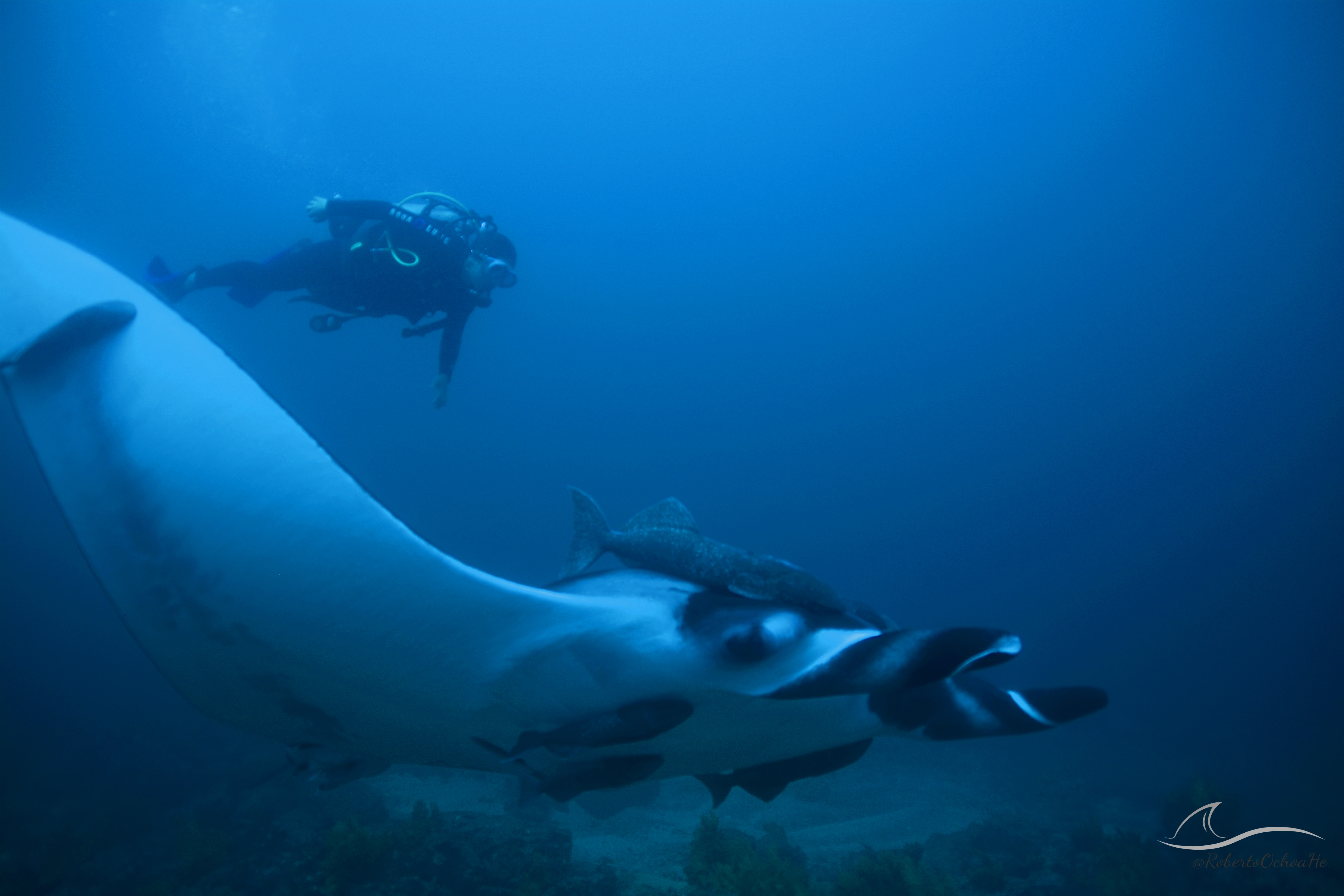 Features of the Film

Throughout the 10-day expedition, freedivers made four-to-five dives each day and created more than 40 hours of film. In addition to the hammerheads, people viewing the film will see the freedivers interact with a variety of marine creatures. The islands featured whale sharks, manta rays, turtles and iguanas. The filmmaker has another surprise in store for his audience and it’s exciting. The film was shot in a special 360 degree format in some portions. It renders a kind of virtual reality, panoramic viewing experience for the audience. The full documentary will have wide distribution upon completion. Visit Roberto Ochoa’s website for updates or read our blog story about him.