No matter where you’re from or where you’ve dived, the chances are you’ve heard of batfish – but did you know there’s actually several different species which share this spooky-sounding name?

Belonging to the Ephippidae family, this batfish is more commonly known as the Atlantic Spadefish. Abundant around shallow marine areas and mangroves, it’s usually found between 3-35m deep off the coast of south-east US, Mexico and the Caribbean. Atlantic Spadefish also like to congregate around structures such as oil rigs and shipwrecks, and can even be seen schooling in groups of up to 500 individuals. The Atlantic Spadefish gets its name from its body shape which is similar to the spade in a deck of cards. These large fish can reach almost 1 meter in size and live on average for 5 years (although there are reports of some living to nearly twenty!). 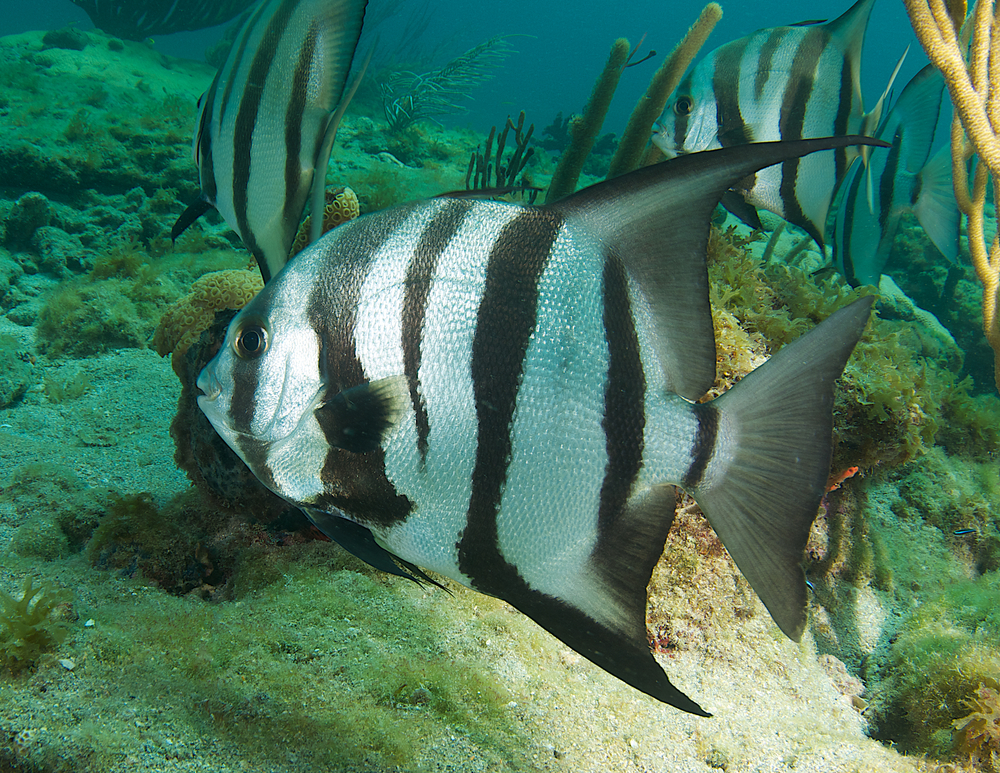 This is one the species most typically associated with the description of ‘batfish’. Also belonging to the Ephippidae family, the Platax tiera (or longfin batfish) can be found across the Indo-Pacific region, often enjoying the surroundings of shipwrecks, floating seaweed, anchored boats and mooring ropes.  Juveniles don’t look much like their adult counterparts, but are masters of mimicry, pretending to be leaves or even flatworms to hide from predators. Platax tiera are omnivores, eating algae as well as invertebrates, plankton, corals and anemones. They are curious fish, often schooling with other species and approaching divers to present a fantastic photo opportunity. 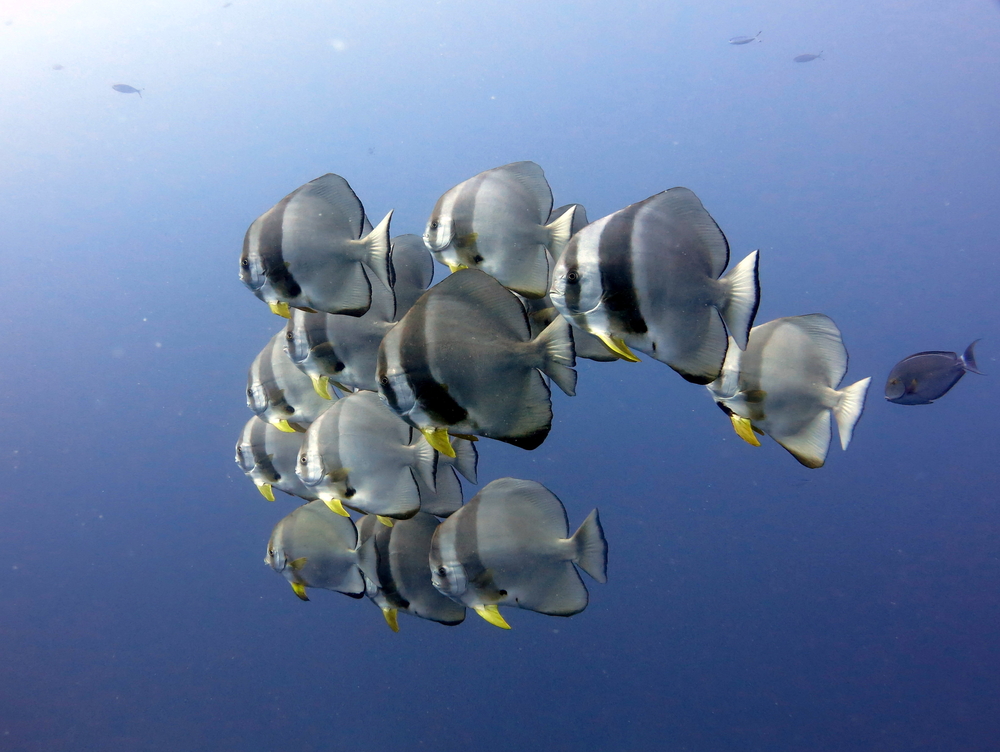 Probably one of the most peculiar-looking batfish species, the Halieutichthys intermedius is a member of the Ogcocephalidae family (which also includes the equally-strange red-lipped batfish of the Galapagos islands). The Louisiana pancake batfish, also known as a tortilla batfish, lives exclusively in the Gulf of Mexico and was only discovered in 2010. This bottom-dweller uses its pelvic fins to ‘walk’ along the seabed, and has a motion similar to that of bats on land. Living up to 400m deep, it hunts for prey using chemical lures and is distinguished from other batfish in the same family by having blunt tubercles compared to its more spiny relatives.

Technically an eagle ray rather than a fish, our final ‘batfish’ is the bat ray, belonging to the family Myliobatis. Found in sandy and muddy bays, kelp forests and coral reefs, they are usually solitary but have been known to school in groups of thousands. They flap their bat-like wings to hunt along the seabed, exposing buried creatures, and have teeth which grow back if worn or broken – leaving them no worries about crushing even the toughest clam for dinner. Although they’ve got up to three venomous barbed spines at the base of their tail, bat rays pose no risk to divers, stinging only in defense when threatened. 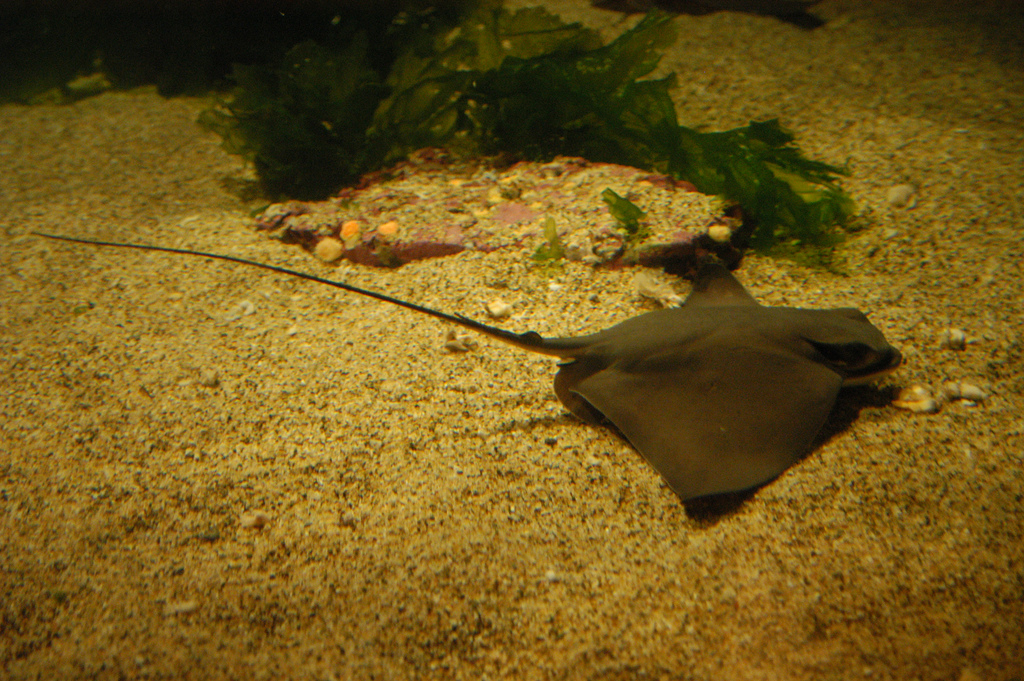 If you’d like to learn more about batfish and other types of marine life, the Project AWARE Fish Identification course is a great place to start. Contact your nearest PADI Dive Shop to get started.