Whether you’re working toward earning your Night Diver specialty certification or simply wanting to see what lurks underwater after sunset, keep reading. These five in-the-dark dives provide challenge and entertainment, as well as a new perspective on life in the ocean. 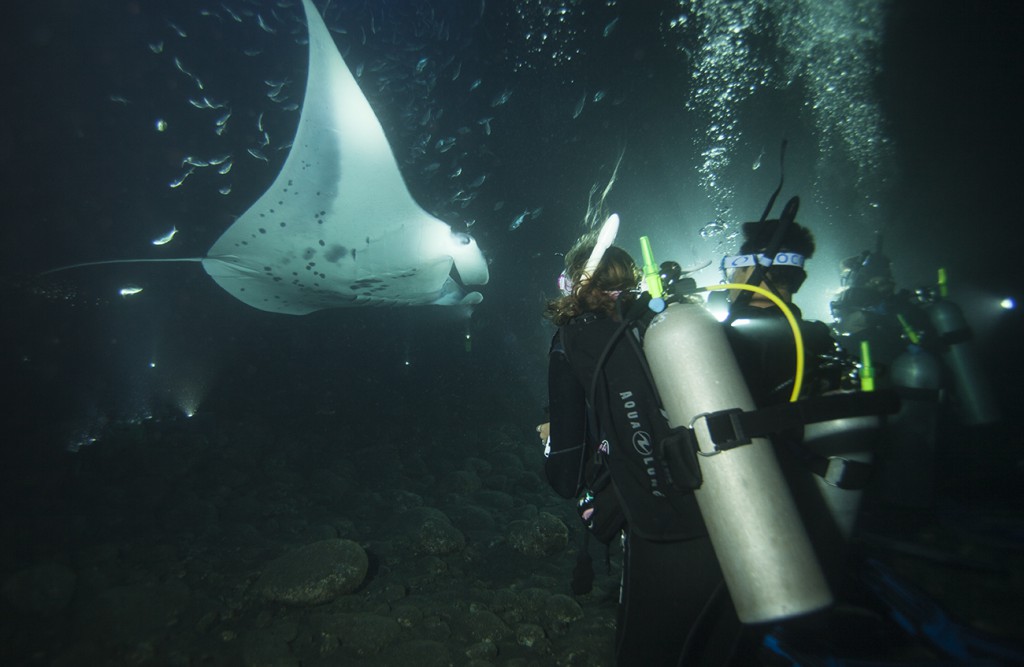 The appeal of dozens of mantas flying overhead needs no explanation. Come to Kona, the big island of Hawaii, for this experience where underwater lights attract swarms of plankton, which mantas swoop in to devour. For divers, the amount of experience required is low. The biggest challenge is adding enough lead to be able to sit comfortably on the sand in roughly 30 to 60 feet/9 to 18 metres of water (depending on which site you visit). This is an excellent choice for newer divers wishing to gain comfort in the dark: You may be nervous before the giant stride, but after, only awe remains. 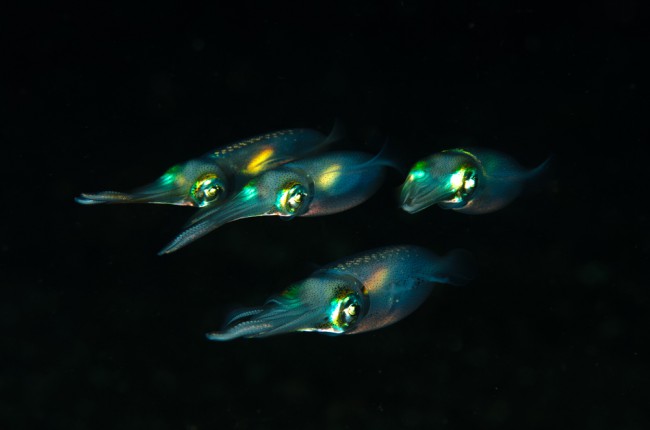 For many divers, the pulse quickens at the idea of their fins dangling above 6,000 feet/1830 metres of black ocean. But that’s precisely where creatures from the deep rise to feed nightly, and where dive operators in Kona target, bringing guests to witness the weird, the odd-shaped, and the light-emitting creatures, such as the Venus girdle comb jelly, which travel to shallower depths to fill up on copepods. The Medusa jelly is another such wonder, which appears like a giant gumdrop glowing purple. While the creatures encountered on this dive may not hold universal appeal as the prettiest in the ocean, they shouldn’t be missed by any diver curious about what lives far beyond the reaches of recreational scuba. 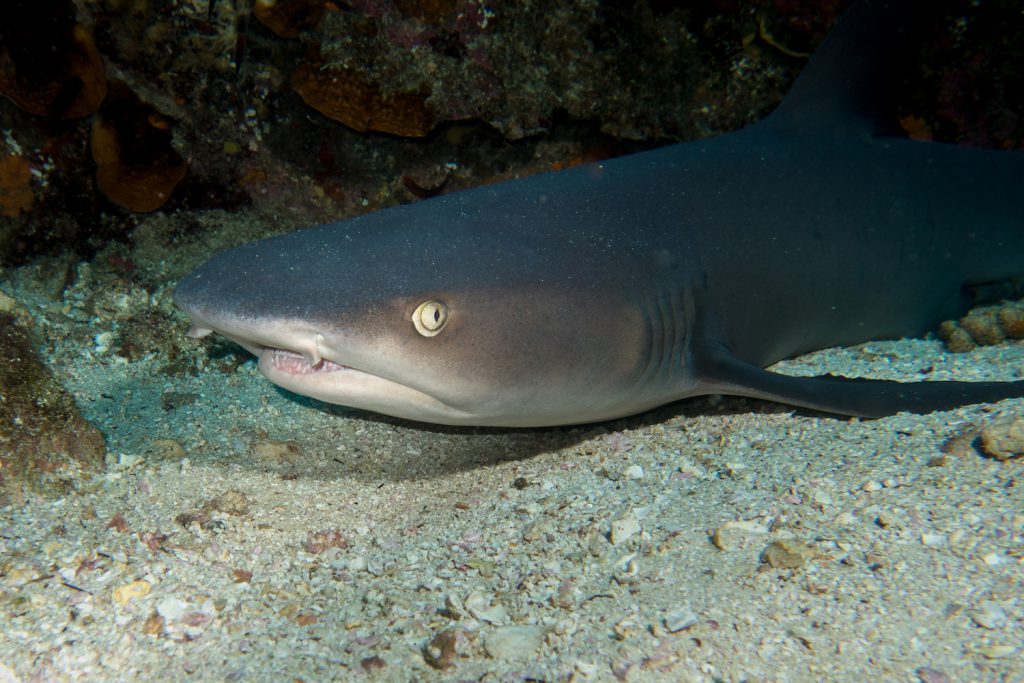 Cocos Island, 300 miles/483 kilometres southwest off Costa Rica, is known for its rugged island topside, and, underwater, massive schools of sharks. Come nightfall, at the site Manuelita’s Coral Garden, dozens of whitetip reef sharks—tending toward torpor by day—rally to feed on sleeping fish, aided in the hunt by cooperative jacks. Together, they move like eels, bending and twisting into the crevices in the rocks to scare and capture the unsuspecting. 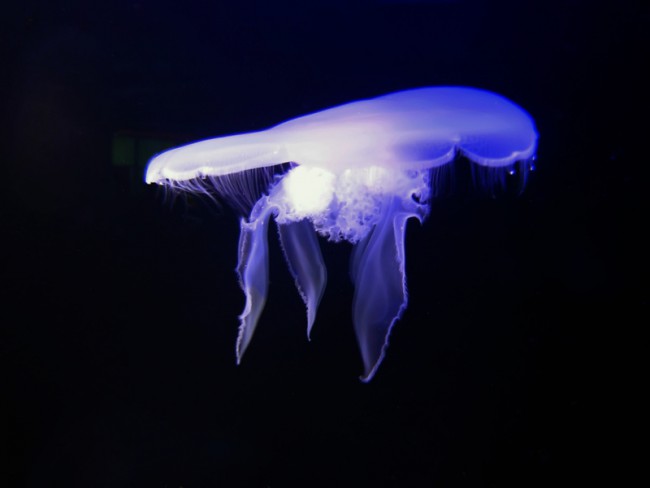 Dive a day or two before or after the new moon off islands such as Roatan in Honduras and Grand Turk in the Turks and Caicos, and you’ll likely see one of the strangest underwater light shows. Hang shallow while everyone flicks off their dive lights. Then wait. Tiny orbs appear one at a time, one atop another in perfect lines. Wait long enough and it appears as if you’re hovering over a miniature city of skyscrapers. Although trippy and seemingly inexplicable, this light show is simply the handiwork of a deep-water crustacean sending out a mating call.

Even with handheld lights, divers often miss a lot of what happens on a reef at night. One way to see things differently in the dark is to introduce biofluorescent lighting, which casts a black-light effect on the corals and critters. The lights, along with special mask filters, allow divers to witness the fluorescent colors that appear naturally. Science aside, it’s also wildly fun.

To learn more about spectacular night dives in Kona, Hawaii, read “The Magic Behind the Manta Ray Night Dive.”

The Thrills and Skills of Night Diving