Stars On Ice – The Leopard Seal

A true tale of beauty and the beast, this animal thrives in the icy conditions of the Antarctic Peninsula. When chilling out on ice floes, the leopard seal looks as sweet and harmless as the family dog, yet when called into action by the natural law of predator vs prey, the leopard seal transforms into a frightening hunter.

When gracefully swimming in the shallow water surrounding ice bergs, you’d be forgiven for almost wanting to pet a leopard seal. However, these notoriously solitary and ferocious animals should be approached with extreme caution. They are well known for killing other seal species and apparently enjoy toying with their penguin prey before putting them on the menu!

Only Elephant seals and Walrus are larger than the Leopard seal, making it the 3rd largest seal species in the world. Don’t be fooled by the size and weight though, these predators have evolved perfectly for the icy world allowing them to cut through water at speeds of up to 25 miles / 40 kilometers per hour. 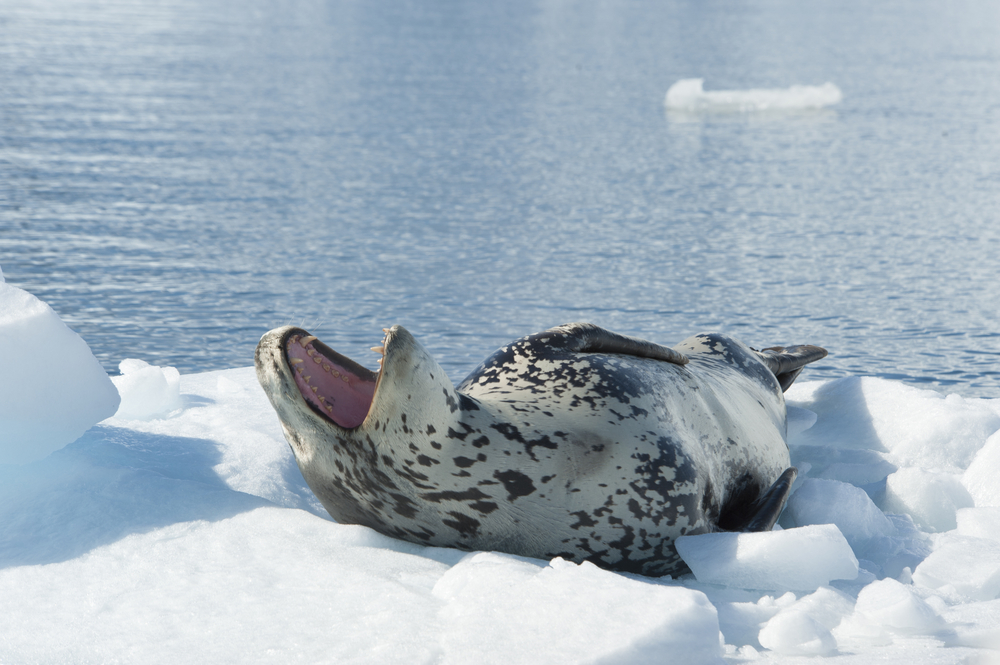 The leopard seal gets its name, unsurprisingly, from the leopard. Both the big cat and the leopard seal are formidable hunters in their domain, but the name share is down to the spotted coat – although the seal’s coat is a more wintery moody mix of dark greys, black and white.

Classified as a true seal having no external ear flaps unlike its eared cousins, sea lions and fur seals. Being a true seal, the leopard seal crawls and slides around on its belly, whereas the eared seals are able to walk on all fours.

In slightly warmer waters, the seals found in Scotland are a bit more diver friendly. Watch them in action here.