The surprising Marine Life of the British Isles

When first thinking about the marine life of the British Isles some would imagine the occasional mackerel flashing by in the green waters as the most exciting encounter you’d have. However, as those who venture into the colder waters know, this isn’t the case. We spoke to Lloyd Jones, underwater photographer from Kraken Productions on his experiences diving in British waters and educating others about what’s really out there…

What inspired you to become an underwater photographer?

I gained my PADI Open Water Diver certification in 2006 in Pembrokeshire, West wales. My father is a PADI Staff Instructor and his stories of tropical locations, colourful ecosystems and video footage inspired my own diving adventures. I am captivated by the underwater world and I love introducing people to the beauty below the waves through photography and video.

What is it that draws you to British waters, as opposed to more tropical climes?

I have been diving St Brides Haven in Pembrokeshire West Wales for 11 years and every time I enter the water I discover something new, be it elusive marine life, hidden gullies or rarely dived reefs. The marine life around the British coastline is what draws me in. Be it a chance encounter with a pod of common dolphins, witnessing a mass spider crab migration, or swimming with sharks. Now I know you can do all this abroad but there is something magical about being able to do this without your passport, and more importantly, within the UK.

When you first stared diving and photographing underwater, what was it that surprised you the most about the marine life of the British Isles?

The vivid colours of the soft corals on the reefs and the marine life that lives on the shoreline. Regardless of the conditions on the surface I wanted to explore the coastline to see it all. I remember being amazed staring at a sea urchin shining my torch light on it witnessing this blue orb shimmering in my torch beam.

Do you have any favourite memories from diving in the UK?

Being offshore puts you within the realm of the unexpected and nothing could have prepared me for what I was about to witness. While kiting up at The Celtic Deep on a shark filming dive I missed the opportunity to swim with three juvenile sunfish that popped up next to our boat to allow some passing birds to pick the parasites off their skin. Just as I was about to enter the water camera in hand they decided to disappear. However the dive was not a complete loss as a lone sunfish decided to appear and guided me into the oncoming path of a small pod of inquisitive common dolphins. All in all a very good day and a very good dive.

With over 80 nature and marine reserves across West Wales, have you found these to have had an effect on the underwater life on the Welsh Coast?

Martins Haven in Pembrokeshire is part of The Skomer Marine Nature Reserve, a no take zone for divers, and because of this the marine life thrives. Lobsters and crabs wander along the reef without a care in the world, vast scallop beds can be found here untouched by divers and dredgers and you can get some one on one time with playful and curious seals. 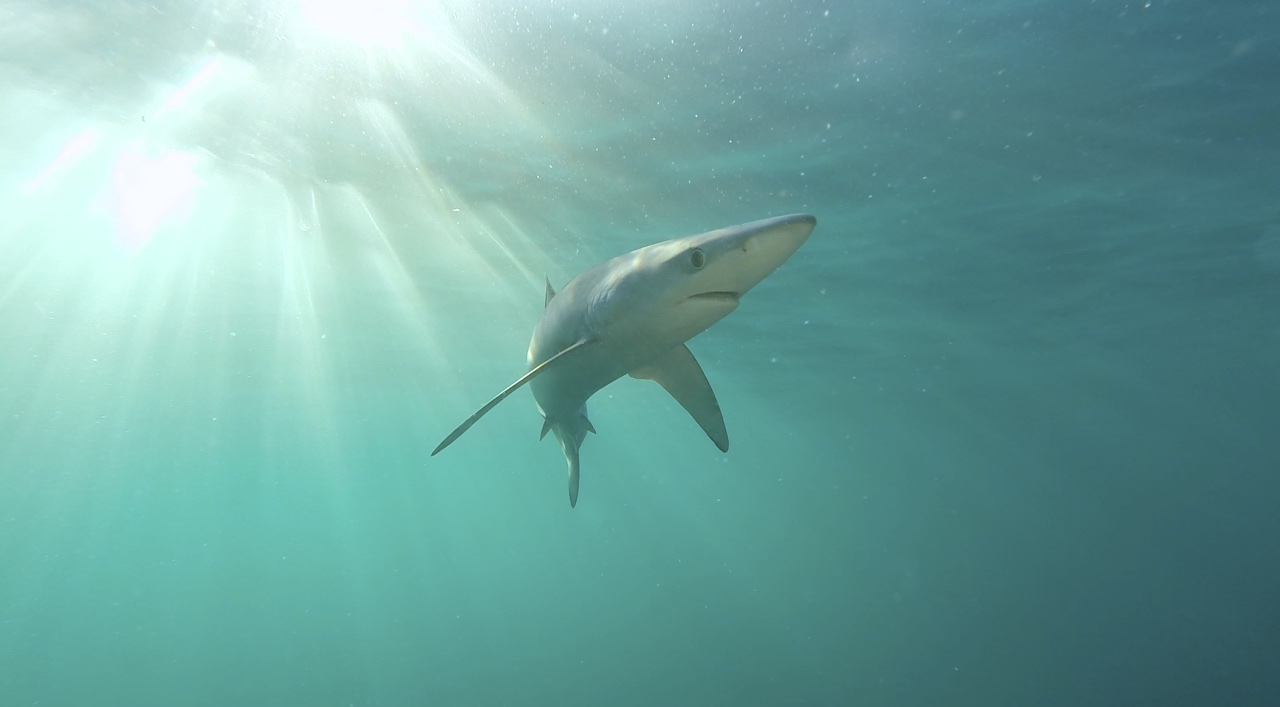 What do you find people (divers and non-divers alike) are most shocked about when you talk about the variety of marine life in the UK?

It has to be sharks. The two most popular answers I get when people find out there are sharks in British waters are “Really? Sharks in UK waters, you must be joking,” and “Oh no, I’m never getting in the water again”. Unfortunately sharks are getting unfairly represented as savage man eaters or monstrous predators within the press. As a Project AWARE Shark Conservation Diving Instructor I get to see these beautiful sharks up close and have the opportunity to change peoples opinions and remove the stereotype through awareness and education. After entering the water with a shark, be it a small catshark or a pelagic blue shark, I dare you not to fall in love with them.