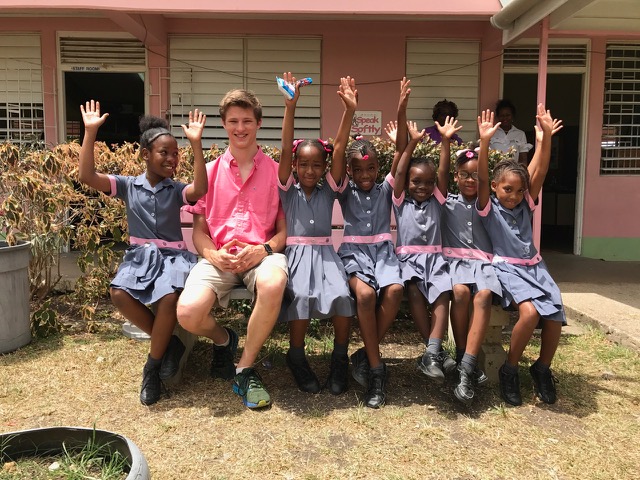 When Alex Eiden was 14-years-old, he signed up for a scuba diving expedition in the Caribbean – never imagining it would lead him to meet with government leaders and receive the U.S. Presidential Volunteer Gold Service Award. “The idea of being underwater for an extended period of time seemed really cool, almost like a superpower,” Alex explained. “Scuba diving opened a whole new world to me.”

The expedition, hosted by Broadreach, gives teenagers the opportunity to scuba dive, sail and volunteer.  “We often stopped at different islands to learn about their history, do some exploring and perform acts of community service,” Alex said.

During one of these stops in the Grenadines, Alex saw school children walking long distances to get to school. He wondered what school was like for them and whether they had access to technology.  “It stuck in the back of my head for the whole trip,” Alex said.

After returning to the U.S., Alex made a bold move – reaching out to government leaders to find out what could be done to improve education for kids in the Caribbean. Eventually, he met with members of the Barbados Ministry of Education, Science, Technology and Innovation (MESTI). During this meeting, Alex learned some Barbadian schoolchildren struggled with math, especially fractions. Alex wondered if Khan Academy, a free online educational program, could help kids in Barbados improve their math skills. 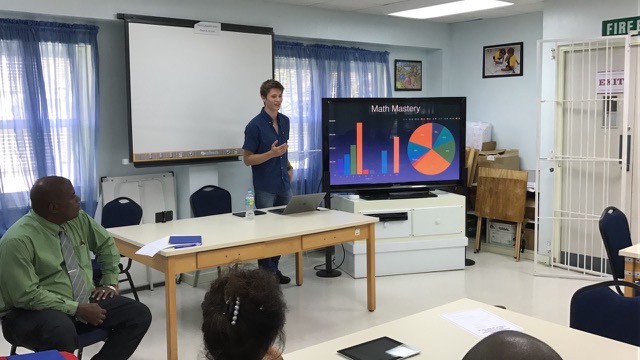 Alex had a connection to Khan Academy through his younger brother Nico. A few months earlier, Nico was recognized by Khan Academy founder Sal Khan as a “Super User” at the company’s Silicon Valley headquarters.

“I enjoyed meeting Sal. He’s the same as he is in his videos,” Nico said. “My favorite part of the meeting was giving chocolate bars to each of the staff members because none of them expected a 9-year-old to hand out chocolate.” 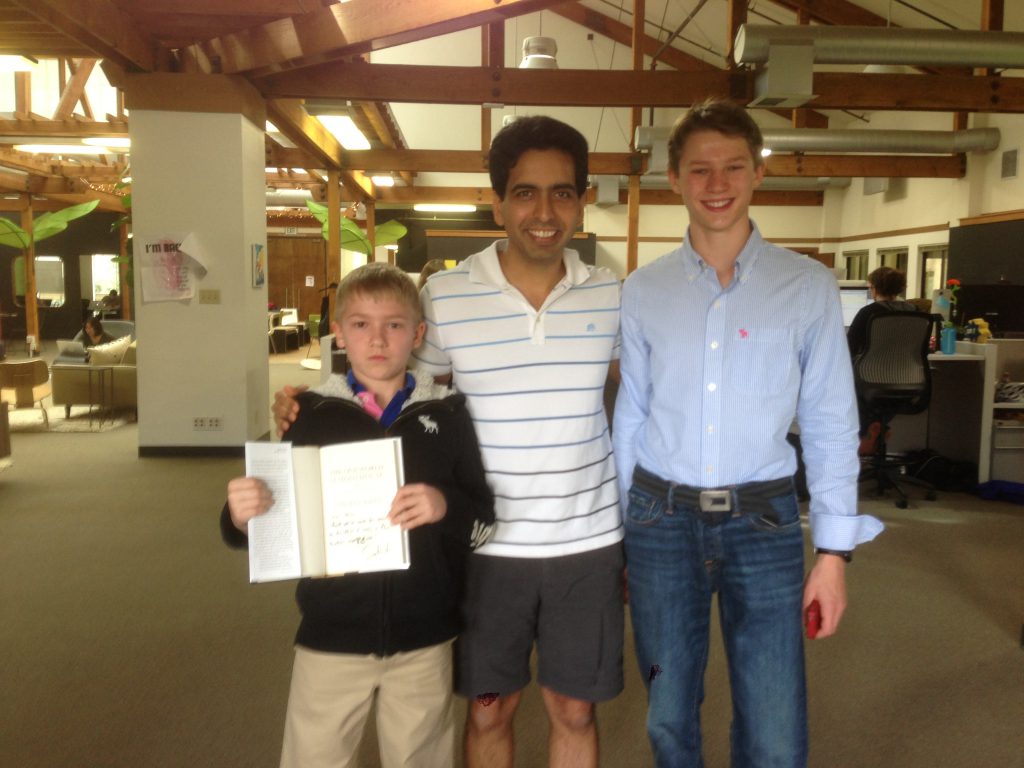 Nico is greeted by Sal Khan, Founder of Khan Academy, at their offices in Mountain View, CA, along with Alex.

Alex soon launched a Khan Academy pilot program at three Barbadian schools. Students in the program used donated iPads to access Khan Academy and “demonstrated higher levels of engagement in math and other subjects,” according to an official report. 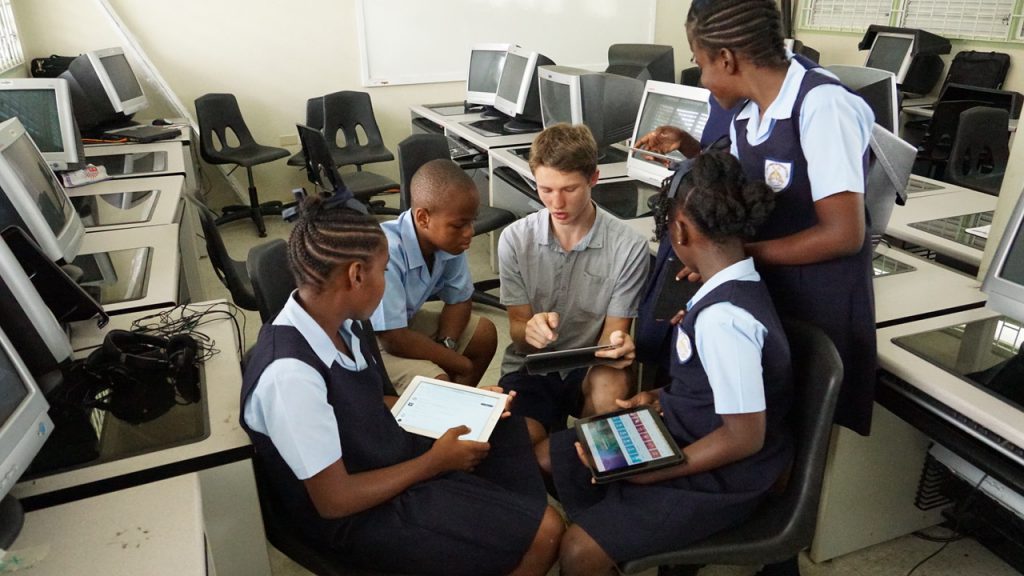 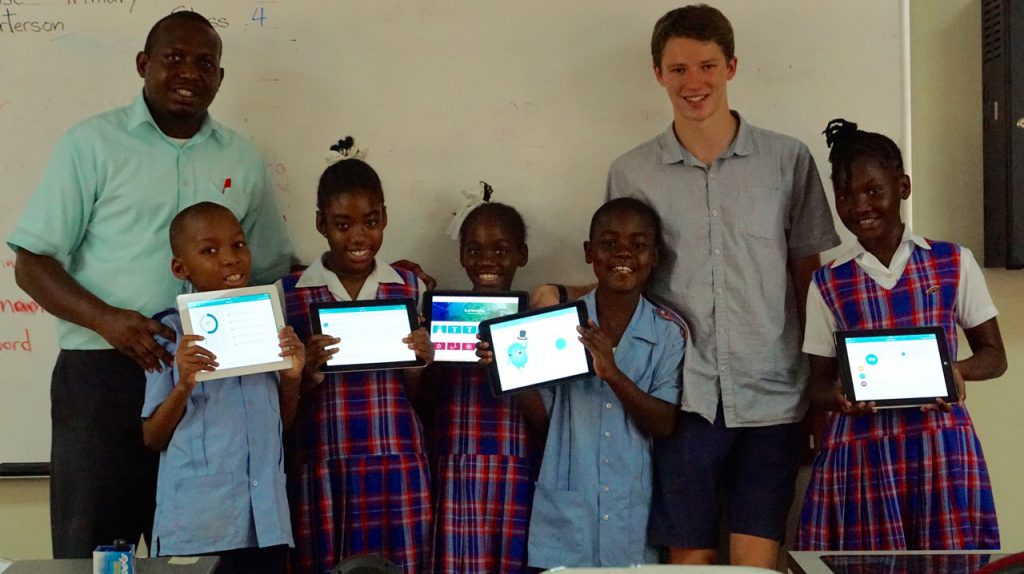 The program was expanded to ten schools, and the ALDAS Math/Coding Initiative was born with Alex as the Director of Education, Healthcare and Economic Initiatives and Nico as the Director of Student Engagement. Four years later, 21 schools and thousands of children, including students with special needs, have benefited from Alex and Nico’s efforts. Along the way, the initiative gained support from Apple, Facebook, JetBlue, Montclair Kimberley Academy, Villanova University, and the government of China. 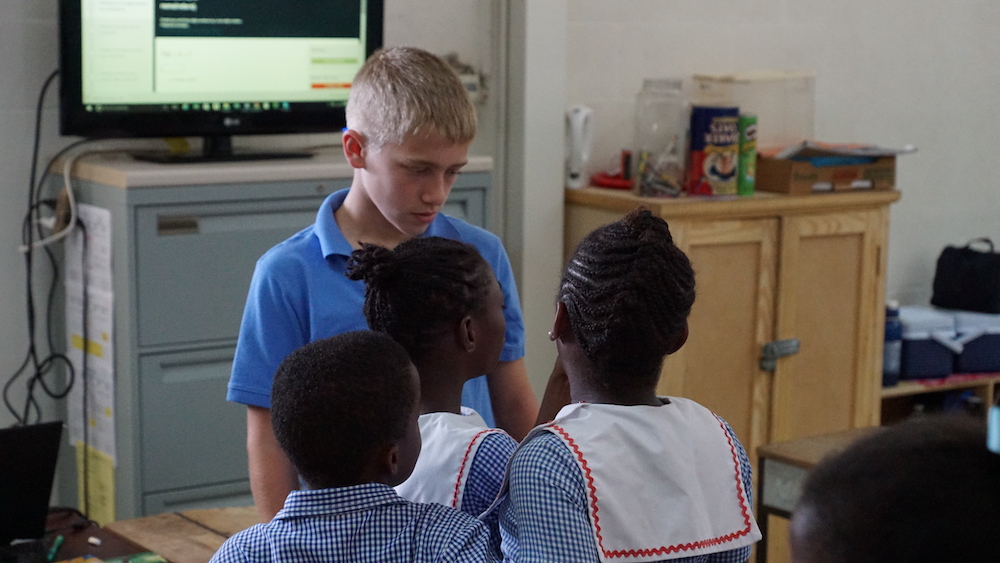 But the story doesn’t end there…

In the summer of 2017, Nico had just returned from earning his PADI Master Scuba Diver rating in the Caribbean when Hurricanes Irma and Maria struck the region. He quickly organized a fundraiser with a local Chipotle restaurant and (to date) has raised more than US $3,400.

“I wanted to help people who shared their time with us. So I organized a fundraiser with high school friends where proceeds were donated to Global Giving for rebuilding of Hurricane Irma-impacted nations,” Nico explained. “Scuba diving has raised my awareness not only about the underwater world, but wherever we are, we can do more to make a difference.” 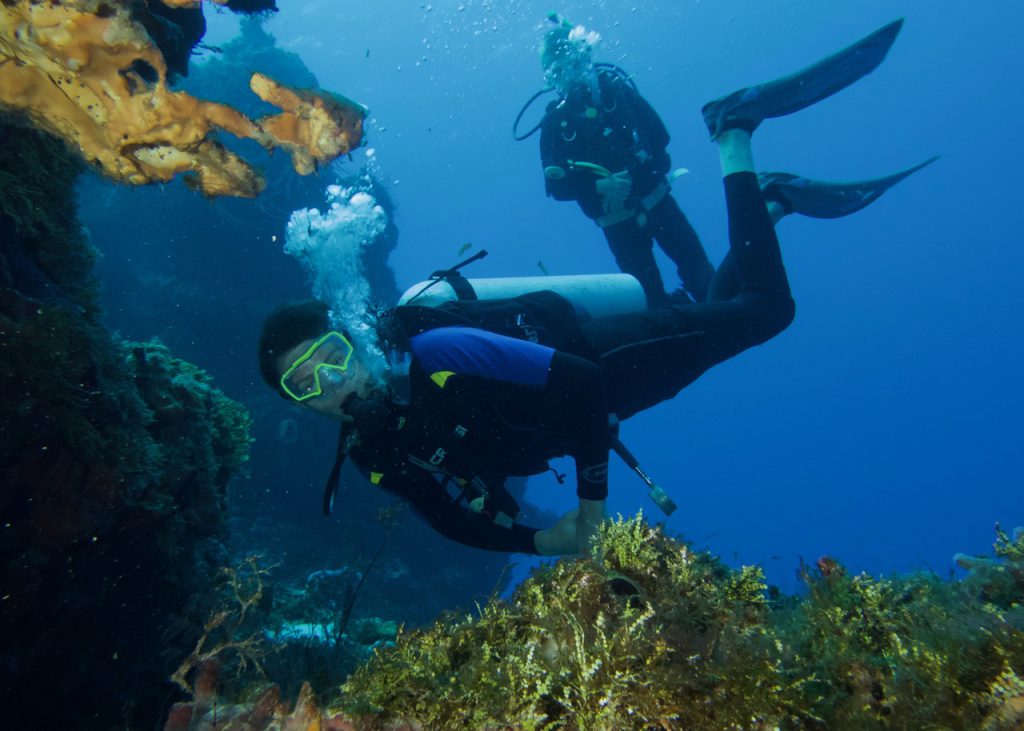 Neither Alex or Nico ever imagined the kind of impact they could have. “When I was younger I wanted to play with my race cars for a living,” Nico joked.

Alex added, “I always dreamed of great things, but never actually expected anything to happen. Scuba diving makes the world smaller and helps deepen (no pun intended) bonds between people and opens up a whole new realm underwater. If you are ever offered the opportunity to scuba dive, don’t turn it down! It’s an amazing experience and you never know what it might lead to!”

“You can realize dreams you never knew you had by leading with your passion,” Alex added. “You never know if you never try. Everything we’ve done started with a few chances, sending an email or walking up to a person and initiating a conversation.” 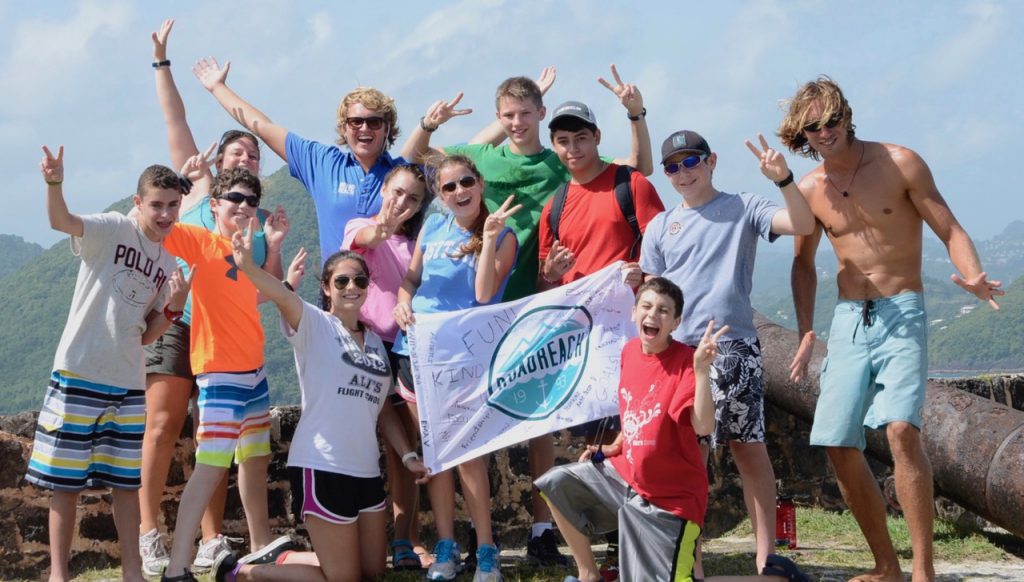 The brothers plan to expand their initiative to additional countries in the Caribbean and have already started discussions with local leaders. For more information on the ALDAS initiative, or to donate, email inquiries@aldas.org