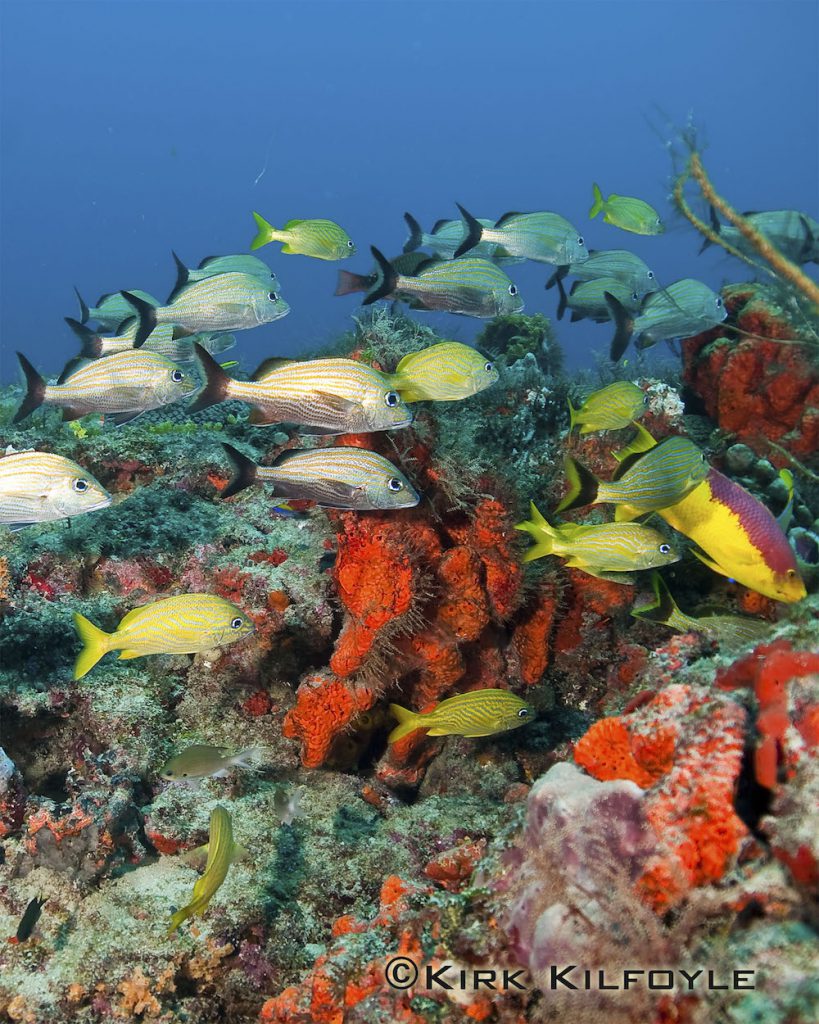 A mixed school of grunts and other fishes seeking refuge on a reef in Palm Beach County, Florida. Photo: © Kirk Kilfoyle, Shark Team One

Southeast Florida marine habitats hold populations of critically endangered species like staghorn and elkhorn coral, smalltooth sawfish and goliath groupers. They are also an important migration route for sperm and humpback whales, a migratory stopover for pelagic shark species such as great white, great hammerhead, tiger, lemon, dusky, and bull sharks; a nesting habitat for three species of sea turtles; and a spawning ground for vulnerable fish species such as snook, grouper and snapper. 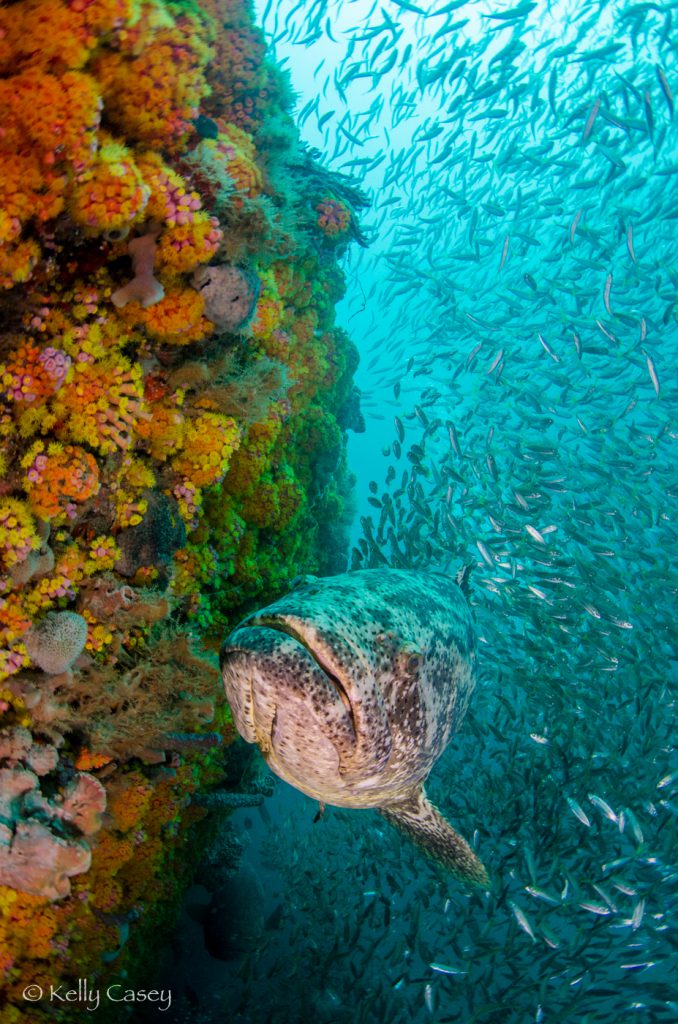 Goliath grouper during spawning season on the M/V Castor wreck off the coast of Boynton Beach, Florida. Photo: © Kelly Casey, Shark Team One

However, decades of overuse and close proximity to populated cities have caused decline for these important marine ecosystems and coral reef habitats in southeast Florida.  Overfishing, sewage outfalls, storm-water runoff pollution, anchor damage, coastal construction, and other stressors are continually taking a toll on this valuable location.   In an effort to protect the remaining live sections of the reef tract and precious marine life, Mission Blue designated Coastal Southeast Florida as a Hope Spot – one of many locations around the world recognized as critical to the health of the ocean.

Conservation organization, Shark Team One, has made significant progress towards further protection for this area including action plans towards lessening the destructive fishing practices and tournaments that are threatening endangered shark species, as well as working with stakeholders, conservation organizations, educational and government agencies to provide input for two bills that aim to create a coral reef ecosystem conservation area. The groups were also able to achieve important funding for coral disease studies and water quality monitoring. 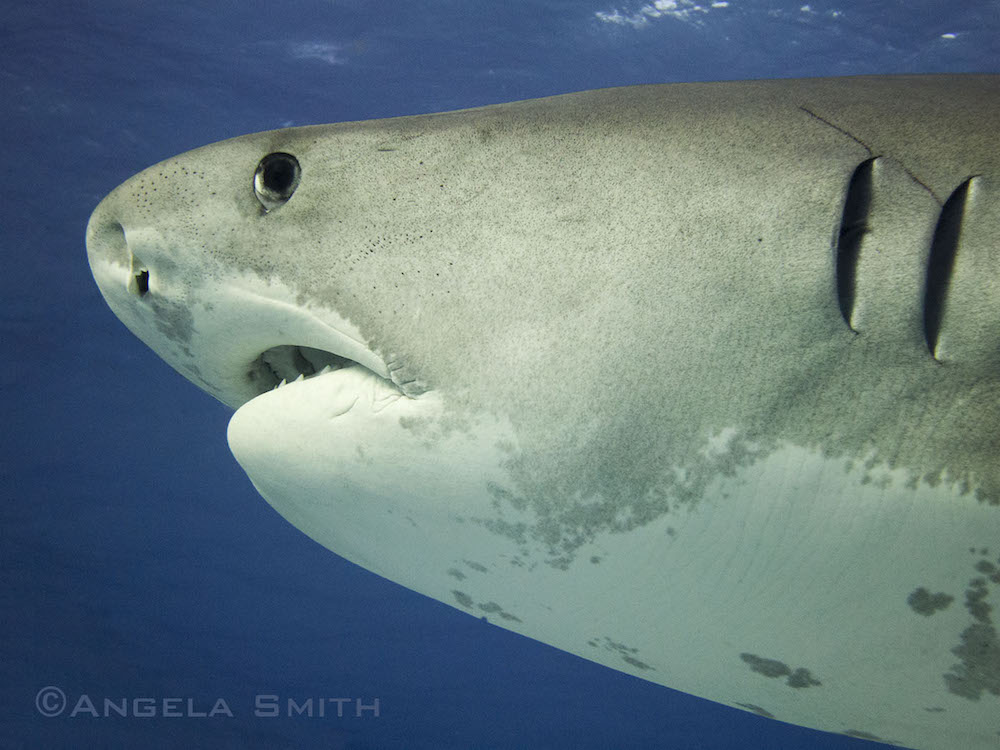 Tiger sharks are threatened with extinction and susceptible to death after catch and release recreational fishing. Photo: © Angela Smith, Shark Team One

Since the designation of the Coastal Southeast Florida Hope Spot, Mission Blue is able to support Shark Team One and the coastal Southeast Florida community in their mission to recommend an additional action plan that proposes marine protected areas for 105 miles of coastline and associated waters from Key Biscayne to St. Lucie Inlet with proposed zoning for a number of no-take reserves.

Join Mission Blue in their mission to recognize, empower, and support individuals and communities around the world in their efforts to protect the ocean for further generations to come. You can learn more about existing Hope Spots or nominate a location near you that you believe needs a global wave of community support for ocean conservation. 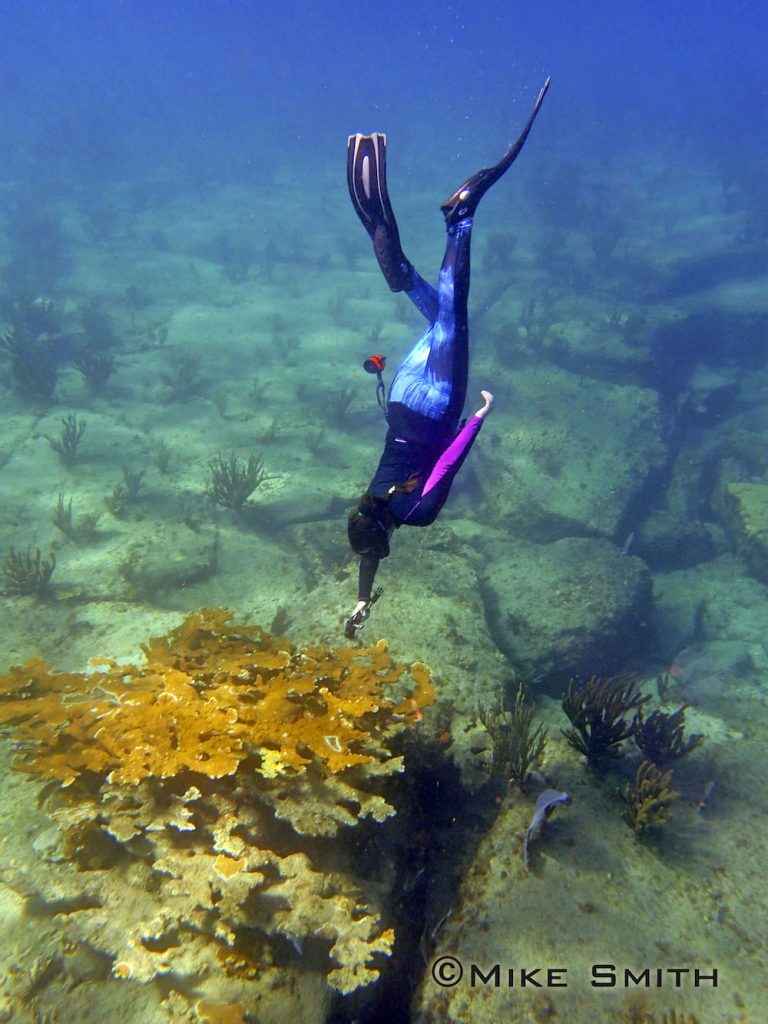 Learn more about Mission Blue here and how you can join them in increasing awareness, access, and support for a worldwide network of marine protected areas.