My name is Gary Green, I was a rifleman and I spent 4 months fighting from a patrol base in Southern Helmand province, Afghanistan. A quick insight; in those four months 5 of my friends became double amputees, 2 of my friends died, an eight year old boy Abdul John died in my arms and we was attacked three times a day. On the 21st August 2009 I was blown up by two IED’s concealed in the side of a compound wall leaving me covered in shrapnel and blind in my right eye. Due to this injury I was discharged from my position as a Rifleman in the British Army, a title I had wanted my whole life and worked so hard to achieve.

After a friend, PADI AmbassaDiver Chris Middleton referred me to Deptherapy I met a man called Richard Cullen. Richard put me on a PADI diving course. I discovered that PTSD does not exist under the water, the first time my head dropped below the water surface I realized that anything was possible, that there is a world in which I can live without the weight of PTSD chained around my neck. These experts from my book describe, in more detail, how learning to dive has affected my life…

“When I entered that water for the first time my heart was pounding, there’s something quite unnatural about going under water, your mind sort of knows that it isn’t right, but once your head goes under the mind shuts off. I was talking to myself in my head, but I wasn’t thinking if that makes sense, or maybe that’s how I should feel all the time, only focussing on the now. I was saying the drills to myself, and I was looking forward and behind to make sure my buddies were ok. I was checking my gas, I was reading my depth, but I had no other thoughts in my head, I wasn’t torturing myself, I had no anxieties. I was just gliding through the sea with ignorance of anything that was happening above the surface of my freedom.”

“I found a secret in the water, I am Poseidon, I am the god of liquid, I am the unshuttering master of my own feelings. I can decide whether I am happy or sad. I have only been placed in another place so how can my feelings change? How can I be satisfied in one place but not another? Surely if I can be happy in one, I can be content in another? If I hold a potato in one side of the room, then walk to the other, it will still be a potato. So, if I’m happy here, then I go home, I should be happy there? It makes sense to me. I can’t take the sea with me, but if I could just capture this contentment I have in the water, if I can somehow dope myself with this at home I would have slain all my demons. If I could bottle this feeling, I would sell it and become a millionaire. It’s all just a reflection on what I learnt from it, in the water I was too busy being mystified by my surroundings to contemplate what anything meant. I was in love with this world.”

“It would be an overstatement, to say that diving cured my PTSD, I am not healed, I am perhaps forever broken. Yes the statement that diving cured me is far too bold. What diving offered me was the chance to see that there is a world in which I can live where PTSD does not. That, believe [it] or not I can unlock my savage cage, I can bask in the glory of normality, there is a place where I am equal, a life where I am not subservient to my mind. That was reassuring, it gave me hope, I was in the best position that I had been in life.” 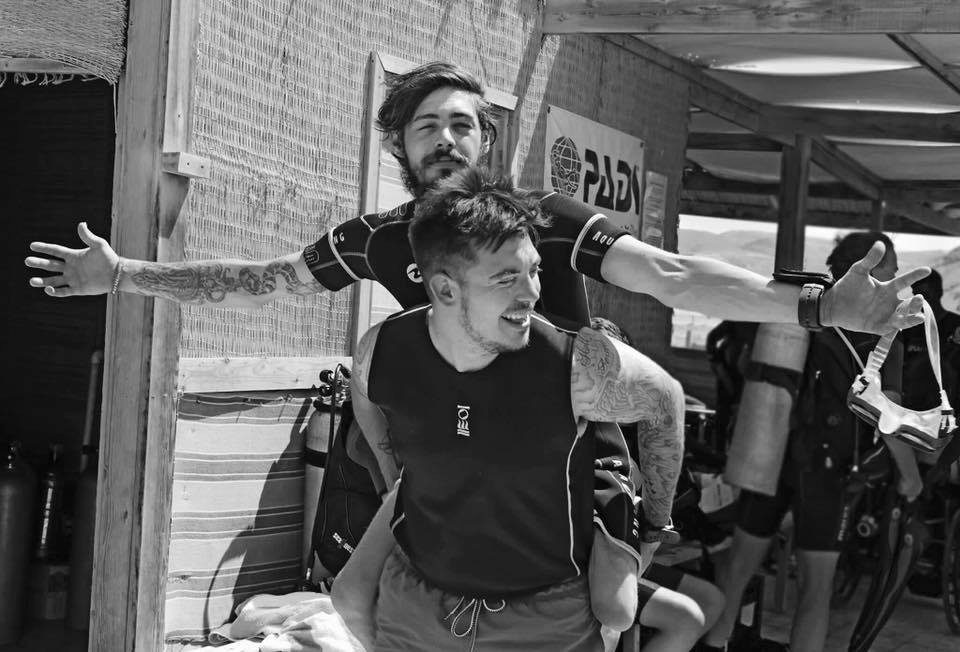 If you’re interested in Gary Green’s insight into what happens to those who are discharged from service, and then are left to deal with the traumas of what they have seen and done his book is available here.