Flourishing Egypt; Why the Reef around Sharm el Sheikh is Regenerating at Lightning Speed 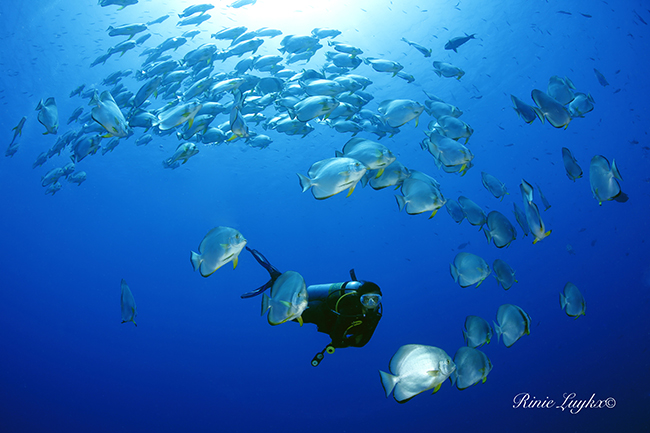 I adore Egypt. I go as often as I can as it’s so gorgeous to dive there. The fish and coral are on par with those found in Australia, but it’s a lot, lot closer to Europe. Egypt’s proximity means that you can get there in no time at all – flights take less than 5 hours from most European Countries which is sublime!

In the recent past there were a string of unfortunate events that led to a decline in tourism in most of the popular regions of Egypt. This isn’t a history lesson, but in short Egypt’s once-resilient tourism industry has been left rather battered and bruised by past events.

My favourite dive center in Egypt has to be Camel Dive Club in Sharm el Sheikh. I go there year after year and I’m lucky enough to see the same faces as they never seem to move on. 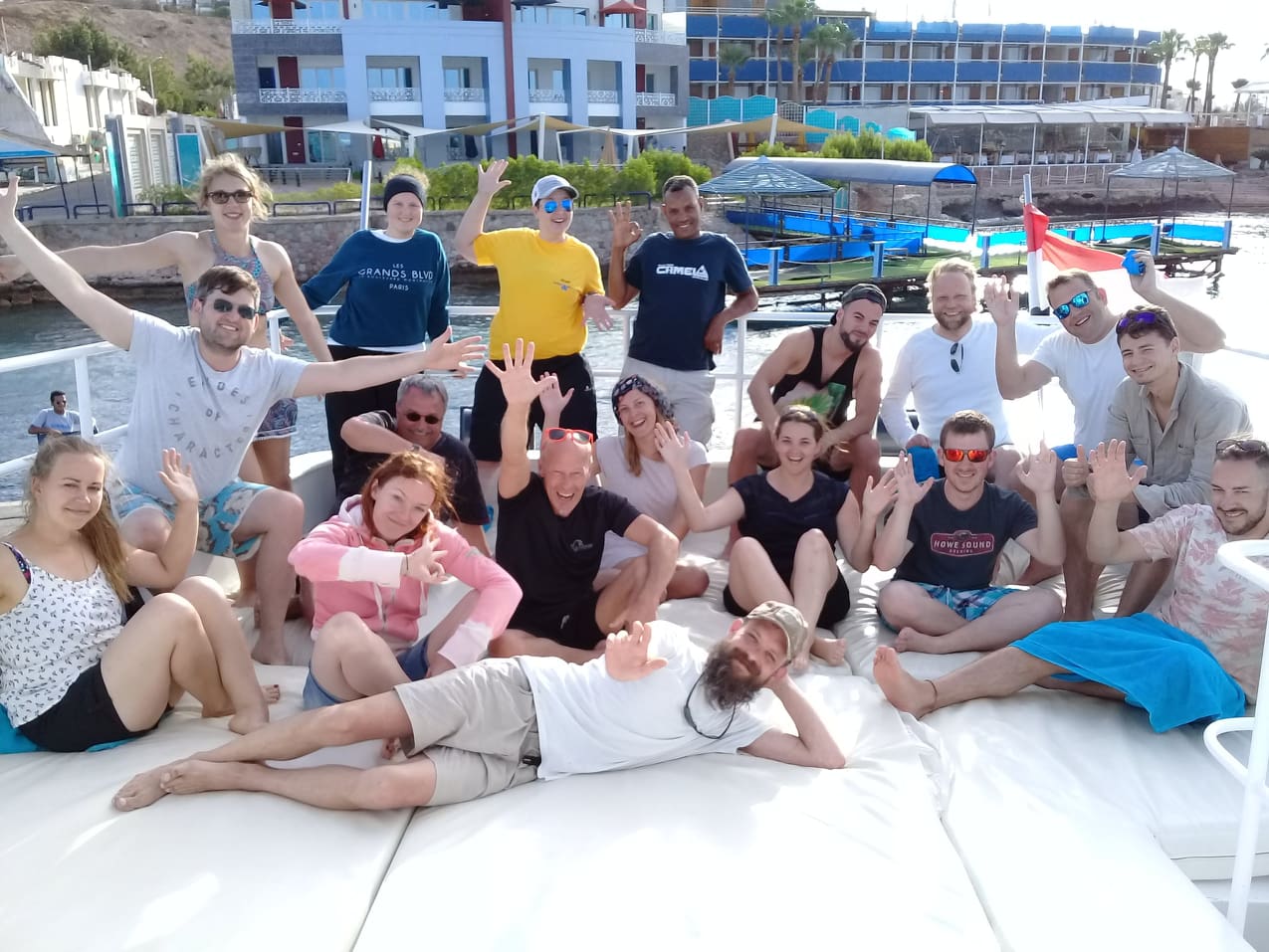 I recently caught up with PADI Instructor Beth Sanders, a crazy Welsh chick who is totally ga-ga for scuba diving. I asked her about Egypt’s diving industry, wanting to know how they were doing and if they were being affected by this fall in tourism.

And, she had some very good news…

Sharm did indeed see a drop in “beach holiday seekers” – those who want nothing more than a tan and sun lounger, but the dive industry somehow represented an exception. There was a drop in beginners – those taking the PADI Open Water Diver course or Discover Scuba Diver Program as examples, but this was due to the drop in the beach holiday numbers.  After all, most Discover Scuba Divers don’t think about diving until they sign up while on holiday.

Keen divers are determined to get to Sharm and for good reason! Both seasoned and new Camel dive guests have been enjoying some very special treatment. Hotels have more availability and have some insane offers on at the moment, combining diving with accommodation of the highest standard at unheard of prices.

Dive sites in Sharm have always been epic, but the reduction of casual visitors has meant that they are more spectacular than ever. 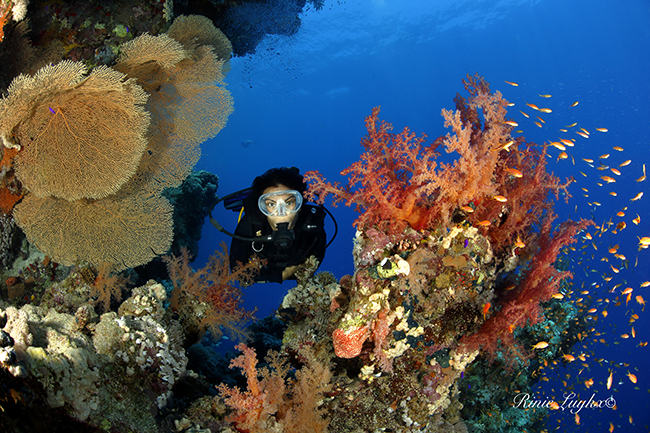 The underwater world reachable from Sharm el Sheikh has been given a unique opportunity to revive thanks to two main factors:

Beth can’t believe how the coral and marine life has bloomed over the last two years.

“It’s honestly some of the best diving I have experienced here in the last 10 years” says Beth.

Wow. It must be epic if she says that!

What else has she noticed?

“I was rather pessimistic and thought that coral would take a lot longer to recover but this appears not to be the case for the hardy Red Sea barrier reef, which seem to be regenerating at lightning speed. In addition to this, there have been more shark and pelagic sightings over the last few years, including species that were once rare to Sharm making appearances regularly these days, for example grey reef sharks and whale sharks amongst others.” 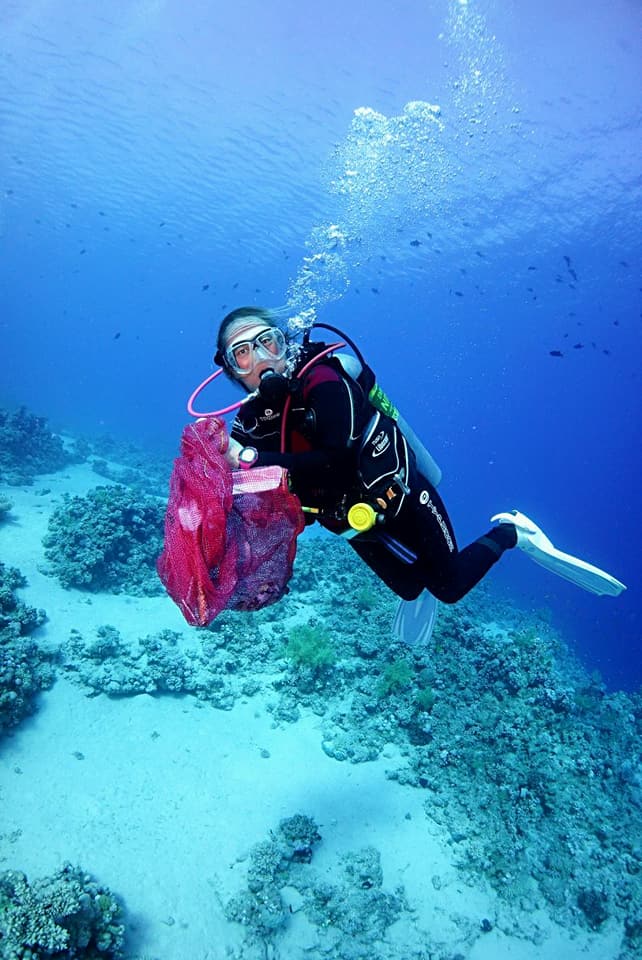 So the big stuff is back. It’s time to jump on a plane! How can I get to Sharm if there is a lack of direct flights?

Direct routes may not be back on the menu for all countries yet, but many are. Direct flights are now available from Germany, Austria, Italy, Switzerland, Belgium, Holland, Denmark, Norway, Poland and Ukraine. Keep an eye out on your local channels to find out when direct flights will be returning for you, if they haven’t already.

So, Egypt is back and it’s growing every day. Beth just hopes that the education of divers and the improvements of Sharm’s ecosystems continues even now that the number of holidaymakers is on the rise. Local operators have a huge responsibility to ensure this, so it’s important to make educated choices when choosing your holiday. Chose operators who not only offer good value for money, but also focus on environmental protection. Then its win-win of everyone involved, be it a dive center, you, the guest, or our fishy friends!

Find out more about diving in Egypt on our PADI Scuba Guide page here.