Ibiza belongs to a group of four Islands (Formentera, Ibiza, Menorca and Mallorca) in the Mediterranean called Balearic Islands. The Phoenicians began arriving on the island of Ibiza around 650 BC and constructed important settlements. A factor in the choice of the location was its proximity to the natural salt marshes of the island. The Phoenicians exploited this valuable natural commodity, thus beginning the first commercial enterprise on the island.

These settlements, together with the Posidonia oceanica seagrass meadows between Ibiza and Formentera, were declared UNESCO World Heritage Sites in 1999. These underwater meadows, are very important in the world’s ecosystems. Endemic to the Mediterranean Sea, they are valuable carbon sinks; whilst they only cover 0.1 % of the seafloor, Posidonia oceanica account for 10-18% of total marine carbon sequestration.  Further protection to the area was given when Mission Blue designated the area a place that is critical to the health of the ocean, or Hope Spot. 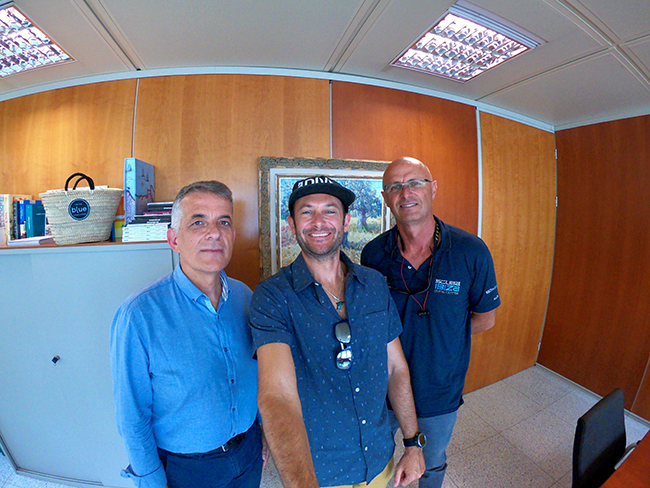 While spending a month scuba diving and exploring Ibiza’s underwater assets with Scuba Ibiza Diving Center, I had the chance to meet with the Director of Tourism for Ibiza, Vincent Torres Ferrer. He explained that the government is currently working hard on policies to regulate the already highly stressed tourism inflow to the island. On his desk, he had the draft for policies that will try to minimize the single use of plastics on the island, following the new EU rules to reduce marine litter.

Mr. Ferrer is deeply interested in working on new legislations that seek to protect Posidonia Oceanica from being damaged by anchors. There’s a need to put in place underwater buoys in order to avoid the harmful practice of dropping anchor directly on marine floor. Fortunately, private funded initiatives have been taken by a few scuba dive centres to fix mooring lines in the most visited diving spots. My chosen dive centre among them.

We both shared the concern of the highly concentrated activity of large sailing and commercial boats on the island between June to September. Boats can affect water quality in a few different aspects. The primary environmental concern is with human waste disposal. If not discharged inland or treated it properly before discharged overboard, it deeply affects the water quality. 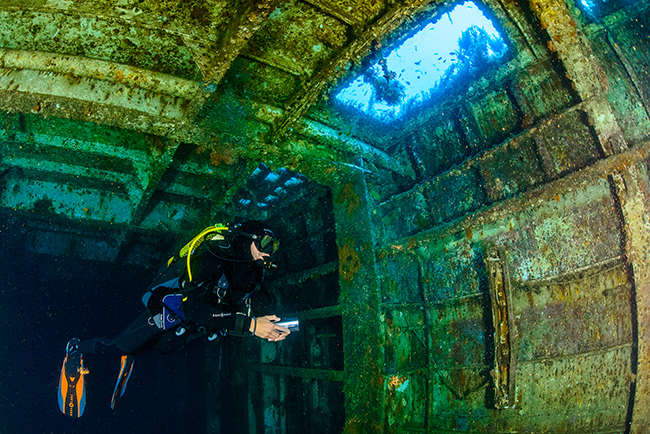 I welcomed the government initiative to promote all the natural beauties of the island: They are focusing in leisure activities such as wellness and sports. Not only does the island offer pretty awesome rock climbing and mountain bike routes, but also spectacular access to the underwater marine parks between Ibiza and Formentera. Plataforma Mariana and Don Pedro wreck are among the highlights if you are into wreck diving. Dive sites such as ‘El Dado Pequeño’, ‘La Esponja’ and ‘Malvins’ show a remarkable concentration of life.

We finished our meeting highlighting the work that ‘Aliança Mar Blava’ does to prevent oil companies from digging out petroleum in the Mediterranean Sea. Unsustainable practices such as seismic acquisition have been used to prospect for oil. During this process pulses of compressed air are used underwater and can cause irreversible physiological damage in cetaceans and even death. Frequencies, similar to those used to communicate, or interpret the environment by these animals, alter their behaviour. Turtles can also suffer severe damage to their bodies, skull and shell. Fish catches are reduced, endangering the areas proposed as Sanctuary for Bluefin Tuna. Contaminants as arsenic, lead, benzene, and mud can be released by the impact of the waves generated. You can find out more about what is being done to protect the Mediterranean sea here.

As a World Heritage site, both above and under water, home to ancient civilizations and seagrasses that are as exceptional as coral reefs around the world (but almost never mentioned in the scuba diving community), Ibiza is much more than a ‘party island’ that deserves to be put high up in your list of Mediterranean dive spots to visit.

Check out PADI travels guide to diving in the Balearic islands here.

During the last 20 years, Manu Bustelo has been to the top of the highest mountains and dived around the world. As a PADI Ambassadiver he promotes scuba destinations and the awesomeness of scubadiving as a sport, with a focus on local conservation polices and the adoption of electric vehicles.