Approximately three hundred miles off the coast of Colombia lies the tiny Island of Malpelo. This sheer and barren rock juts out of the Pacific Ocean to a peak of nearly one thousand feet, stretches only one mile in length, and has a dozen or so small oceanic rocks as the only other terra firma in sight. Aside from some sparse vegetation fertilized by sea bird guano above the surface, below the surface of Malpelo is where things get really interesting – especially since the edges of this volcanic island descend nearly two and a half miles down.

The waters surrounding Isla de Malpelo are world renowned for massive hammerhead and silky shark aggregations, as well as an incredible amount of marine biodiversity. Because of the island’s location and its steep underwater geography, surrounding waters are home to a variety of pelagic megafauna like spotted eagle rays, tuna, whale sharks, and more. It’s no wonder Dr. Sylvia Earle and her team at Mission Blue have designated Malpelo as a Hope Spot, a unique part of the world ocean critical to the health of our blue planet. 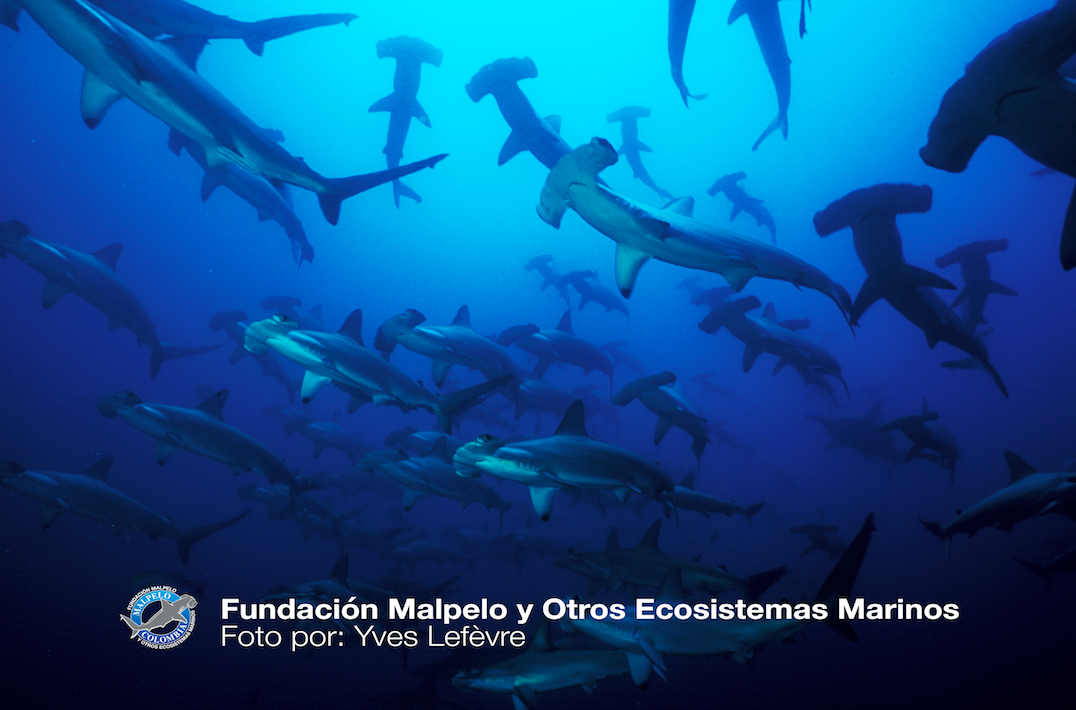 Malpelo has a long and dynamic history of protection thanks in large part to one woman: Sandra Bessudo. In the 1980s, Sandra started visiting Malpelo as a Marine Biologist. Seeing not only the destructive fishing practices happening in the area, but also recognizing the incredible importance and beauty of this underwater ecosystem, Sandra founded Fundacion Malpelo, making it her life mission to work with divers, scientists, and Colombian policy makers to create protections for this island.

In 1996, after Sandra Bessudo got thousands of scuba divers to sign a petition to protect Malpelo, and was able to present the petition to Colombian President Cesar Gaviria while he visited Malpelo, the Colombian government declared nearly six miles (651 km2) around Isla de Malpelo a sanctuary. Despite this victory, Sandra soon realized that although the island’s waters were designated as a sanctuary, a lack of funding meant a lack of continued research, enforcement, and education. This led Sandra to start Fundacion Malpelo, a non-profit which has ignited greater awareness, recognition, protection, and enforcement for the island over the last twenty years.

Today, the Malpelo Flora and Fauna Sanctuary is one of the top ten largest marine protected areas in the world, and is one of the biggest no-fishing zones in the Eastern Pacific. In 2007, it was declared an UNESCO World Heritage Site, and in 2016 the Colombian government tripled the size of the Malpelo Sanctuary, now protecting nearly 27,000 km2 of critical ocean habitat. 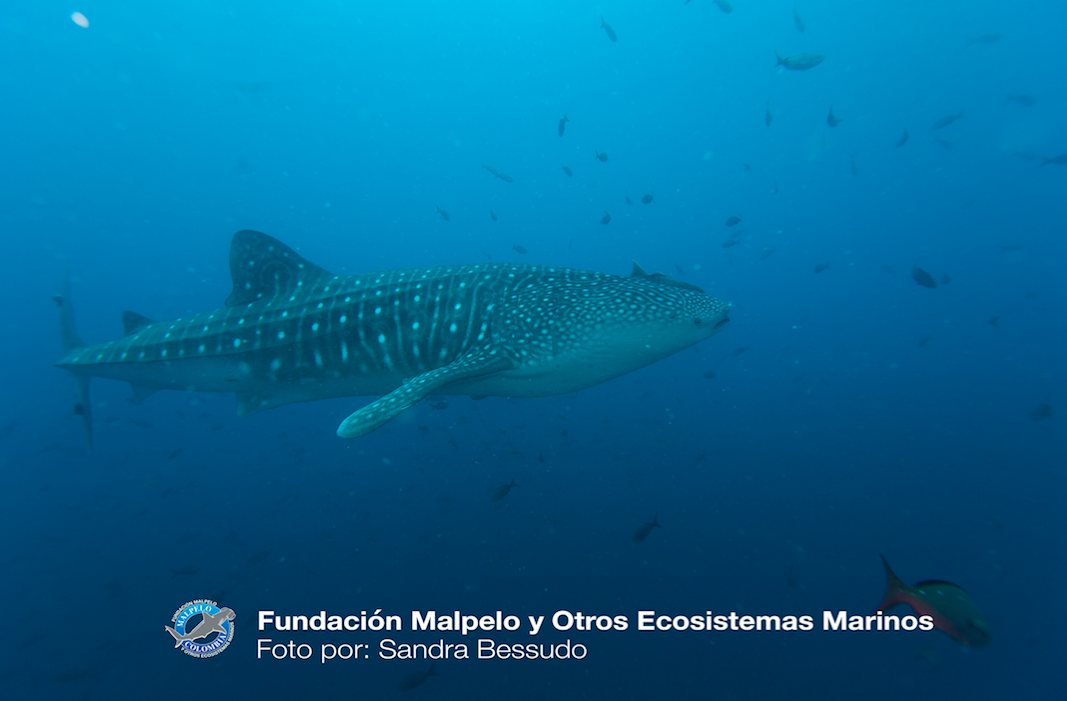 Whale sharks are just one of the many pelagic megafauna that benefit greatly from the designation of the Malpelo Flora and Fauna Sanctuary off the coast of Colombia.

Want to show your support for the continued protection of the Malpelo Island Hope Spot? In order to implement effective enforcement, the Malpelo Foundation and their partners are seeking funding. Visit their website to learn more. Additionally, when planning your next dive adventure, keep Malpelo on the top of your list, especially if you’re a shark lover!

Join Mission Blue in their efforts to raise awareness and support for a global network of Hope Spots by visiting the Hope Spots page on their website. There, you can learn more about existing Hope Spots, and even nominate a unique area of the ocean you think needs protection. To learn more about how PADI and its worldwide community of scuba divers are joining forces with Mission Blue, check out this article