The Art of Diving – Sunken Statues and Amphorae in Cyprus 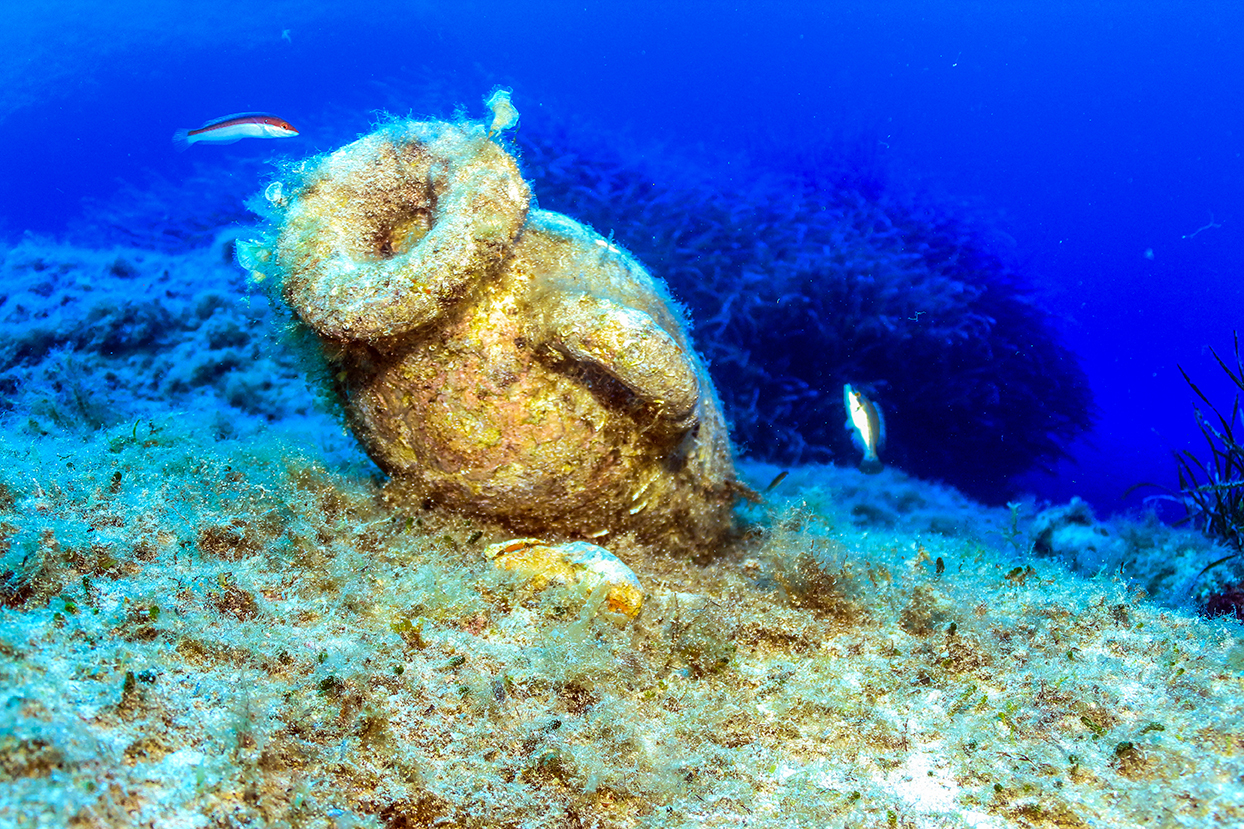 Cyprus has a rich history. Dive sites are littered with ancient pottery called Amphorae. Most of them have been there so long that they’ve slowly been enveloped into the sedimentary rock, and are a permanent feature of the underwater landscape. They’re heavily protected by Cypriot law however, so take your beautiful photos but don’t touch it! The rare loose pieces that you may see are tempting to rescue for the historical enthusiast, but whatever you do, don’t bring it to the surface or the fines will likely break the bank!

Where do they come from?

Amphorae were a very important part of trade in olden days; these clay vases were invented by the Ancient Greeks and adopted by the Romans as a means of transporting wine and oil. Many intact amphorae have been found in Cyprus waters from several recovered shipwrecks, including the 4th century BC wrecks of the ‘Kyrenia’ – where 380 Rhodian-type amphorae were found – and the ‘Mazotos’ – where more than 500 amphorae from Chios (Greece) were uncovered.

Where can I see them?

Greenbay, Protaras is absolutely covered in the stuff. If you know the dive site well, then FISH ROCK is the famous fish feeding site where most beginner divers are taken for their very first dive. Keep your eyes peeled, because most rocks are a montage with amphora too. They make look like odd rocks, but those pieces of jagged pottery are most likely over 2000 years old

Greenbay is also home to the “Underwater Sculpture Park”. It may pale in comparison to the ones in Mexico or Lanzarote, but divers still love these attractions which can be found just 10 meters of water. Stone Soldiers, Greek pillars, ladies and even a stone horse are there for divers to dive amongst and take photos with. First time divers can even get to them due to their shallow depth, which is always the highlight of everyone’s experience!

The Cypriot essentials – what should you pack for a trip to Cyprus?

Where’s the best place for a pre-dive breakfast in Ayia Napa, Cyprus?

My Top Six Reasons to Visit Cyprus in Winter