Brian Skerry: The Evolution of an Underwater Explorer

It began in his New England backyard beach.

“My parents always took me to the beach,” Brian Skerry says. “I remember coming home sunburned, salty, and tired, but having a sense of peace. I remember wondering what lies beneath the oceans. I still wonder.”

That wonder, the “notion of mystery and potential for discovery” as Skerry describes it, led him on a lifelong exploration that has lasted more than 40 years, 10,000+ diving hours, and a sparkling career of photojournalism for National Geographic (including being named Rolex National Geographic Explorer of the Year in 2017), the New York Times, and BBC, as well as a Nikon ambassadorship, and authorship of more than 10 books. Brian Skerry also frequently lectures on conservation and exploration, including taking part in TED Talks and addressing the United Nations General Assembly.

“I started scuba diving when I was about 15 years old, and I quickly became addicted to seeing extraordinary things,” Skerry says. “When I started diving, I had high expectations, but what I’ve seen has surpassed any hopes I might have had.”

One underwater encounter that stands out for Skerry was diving with southern right whales in New Zealand’s Auckland Islands. “From the moment I arrived, the whales couldn’t have been more curious about me,” he says. “It was something out of a dream, being close to creatures 45 feet long, weighing 70 tons, the size of a city bus. Nobody would believe this. I certainly never imagined I would see this. It was like a dream.”

Another favorite assignment was photographing harp seals in the Gulf of Saint Lawrence. “The underwater terrain was giant, convoluted mountains of frozen slush, twenty-five feet thick in emerald green water, this topsy-turvy landscape that was lyrical in its beauty. The harp seals weren’t interested in humans. They didn’t want to come near me. I had to hide, which isn’t easy in that harsh environment, but what an experience, getting to see this pristine world, this Fortress of Solitude underwater.”

And then there are sharks, one of Skerry’s favorite animals to photograph. “I dove with my very first shark when I was 20 years old. It was a blue shark,” Skerry remembers. “What attracted me back then was the notion of being in the water with a predator. It gave me street cred with my diving buddies. But it had a profound affect on me: sharks are sculpted by nature to be perfect. They move exquisitely through the water, blending grace and power, without a wasted bit of energy. To a photographer, that’s an aphrodisiac – you want to capture on camera what eludes you unless you see it in person.

“But I also began to see sharks as fragile. As a journalist, I began to dial up the conservation. I began to get more involved.”

That balance is evident in Skerry’s photography: his love for the ocean, for celebrating the beauty in our underwater world, is palpable, but so is his concern for the challenges we’re facing.

“You can’t do this for decades without lamenting what we’ve lost. We’ve essentially experienced geologic change in our lifetime,” Skerry says. “My perception is that historically divers have not always been great conservationists, but there is this wonderful, positive evolution among divers who get it. Take sharks, for example. When I started in the 1970s, most people didn’t want to see sharks, and now we have a legion of shark ambassadors. Divers evolve.” 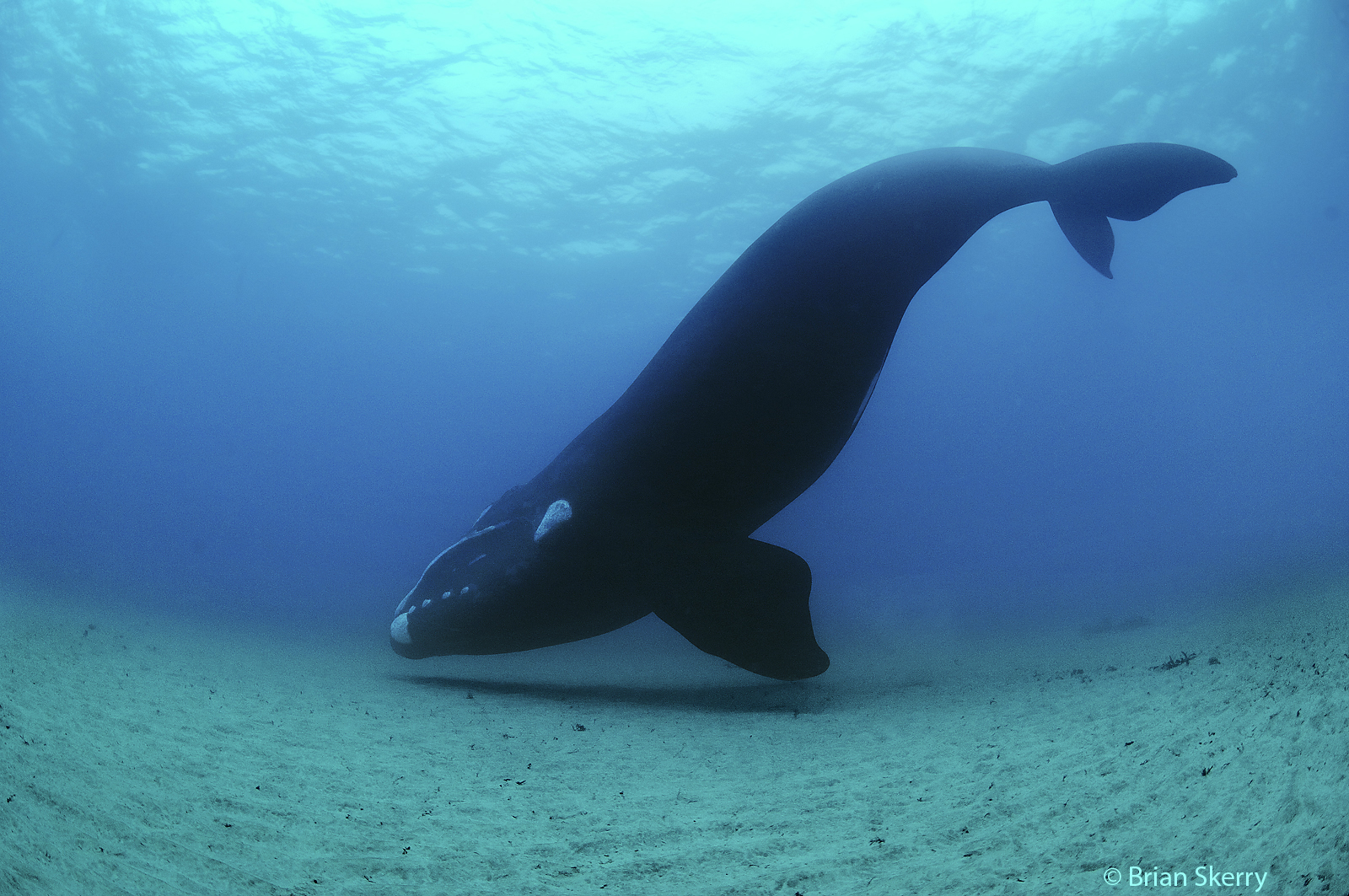 Now at the zenith of a career carved out by determination, optimism, and relentless work, Skerry is still delighted with every new subject he gets to delve into, researching every new area, animal, or issue for months before he even puts a fin into the water.

“I never cease to be amazed by ocean wildlife,” Skerry says, “and I love the challenge of what every diver knows to be true: getting close to your subjects. I don’t have the luxury of my terrestrial counterparts. I have to get in, I have to get close without a telephoto lens, and I only have about an hour or so to do it. It’s not easy, and it’s what I love.”

The result are images that spark emotion and convey that passion for exploration.

“Every diver is an explorer,” Skerry says. “The more we see, the more we realize we don’t know, and for explorers that’s the ultimate. The great thing about the ocean is there are no fences, no corrals – everything is connected. On any given day you’ll never know what you’ll see, and for someone with a sense of curiosity, there’s always something new to explore and discover. We haven’t even scratched the surface.”

Carrie Miller is a writer and Contributing Editor for National Geographic Traveler magazine. She is the author of the upcoming book 100 Dives of a Lifetime: The World’s Ultimate Underwater Destinations, and she and her husband Chris Taylor are currently on a year-long, round-the-world assignment for National Geographic, exploring the world’s best dive travel destinations – The Dive Travelers.