Every individual, diver or non-diver, has a unique relationship with the ocean that ebbs and flows over time. For Paul de Gelder, it’s been a fast-paced, complex, and powerful relationship with the big blue so far. From a childhood dotted with happy memories linked to the ocean, to first starting his diving career as an Australian Navy Clearance Diver, to losing two limbs to a bull shark in 2009, to now being a passionate advocate for shark and ocean conservation through motivational speaking, writing, and TV presenting on programs like Discovery Channel’s Shark Week – Paul de Gelder has certainly cultivated some pretty profound thoughts when it comes to the ways that we as humans interact with the ocean.

Q: How has your relationship with scuba diving evolved over the years?

Paul de Gelder: Actually the first time I ever dove was on the first phase of Navy Clearance Diver training in 2005 at the age of 28 when I was trying to transfer over from Army Airborne. From the skies to the sea was a big change. I went from knowing nothing about SCUBA to searching for bombs under the hull of a warship in a matter of weeks. Head first with no brakes is kind of how I approach everything in life and it certainly helped me back then. After one year of training I had become a Navy frogman, capable of diving o2 rebreathers in the middle of the night for hours conducting long range reconnaissance missions, underwater battle damage repair with hand held and explosive tools and helmets- even underwater and land based demolitions and mine disposal. It was one of the hardest years of my life and I loved it. My career was cut short in 2009 though after a shark took my hand and leg at work. I stayed in the Navy as an instructor but it was unsatisfying. Teaching people to do the things I loved doing without ever getting to do them myself even though I re-qualified on all the gear. In the Navy’s eyes I was broken and so I left in 2012 and stumbled into motivational speaking. The only thing I was more afraid of than sharks. Then came Shark Week on Discovery Channel and once again I’m risking life and (more) limbs doing something that I love. No better situation for me to be in.

Q: What advice would you give someone considering learning how to dive with adaptive needs?

Paul de Gelder: Stop considering and get your ass in gear. There is nothing holding you back except your own insecurities. Get over that and embrace it. Life is a series of stories that we live. Some of those stories are small but some, like diving adventures, are stories you’ll remember and talk about for a lifetime. They’re the ones most people don’t have enough of because of too much considering and not enough action.

Q: How has your relationship with sharks evolved over the years?

Paul de Gelder: I used to be extremely scared of sharks. Now I’m scared of not getting to see them when I go diving. My lack of knowledge and understanding drove an intense fear especially because I was in the water so much. But after my shark attack, which became worldwide news, I was forced to build my knowledge so that when I was asked to speak on the TV about other shark attacks (which happened a lot in Australia) I didn’t sound like a dumbass and could actually educated people and try to keep both the viewers and the sharks safe. Now, if I’m in the water with sharks you can’t wipe the smile off my face, it always makes my mask leak.

Look here mate! I've already lost one and now it's a hook, let's be chill about this and not make it weird. #awkward #bonding #tigershark #adaptiveathlete #AreYouForScuba #WhiteSand #BigSharks #Bahamas #hecsaquatic @sharkoftheweek

Q: What inspires you to be such a passionate advocate for shark conservation?

Paul de Gelder: My 12 years in the military taught me to be of service. To protect those that may not be able to protect themselves and that didn’t stop when I retired. It’s up to good people to speak up for those that are brutalized but don’t have a voice. This planet and our oceans are not a dumping ground or an all you can eat buffet. They are an integral piece of the machine that works to keep us alive. Without only one of those pieces, we die. Without people to bring awareness to where we as humans are making mistakes, we forget or look past. Without understanding and knowledge, we fear. We are a flawed species but we are capable of great things and I hope that in the future more and more people will learn to love and protect sharks like myself and many of my shark fan friends around the world do.

Q: How did your passion for conservation lead you to the decision to eat a plant-based diet?

Paul de Gelder: I was actually in Africa filming an anti-poaching documentary with my friend Damien Mander who runs the International Anti-Poaching Foundation. And he was telling me why he became vegan. He said that he was working to protect animals while eating animals, and he felt like a hypocrite. That struck a nerve with me because I was doing the same thing and I loathe hypocrites. I believe in leading by example and so I went vegan. For 3 days. hahaha. I just didn’t understand how to do it. A few months passed and the universe just kept bringing veganism and vegan friends up in my life and I believe that when that happens you’re being told something, so listen. I decided to try again, slowly. First no more kangaroo, then other red meats, then chicken, then seafood (my fav) and eventually my last vestige of the all holy protein, eggs. And I never went back. That was over 3 years ago, and I love it. I’ve educated myself which is very easy these days with google, and I’m fit and healthy, I maintain good muscle mass and, most of all, I feel good in my soul. Surprisingly I haven’t had any bad training injuries in my joints or tendons since I started which I used to get a lot. I’d highly recommend giving it a go. There’s a lot of garbage and bickering from over opinionated people from both sides of the fence when it comes to not eating animals but you learn to silence all that noise out after a while and make up your own mind. 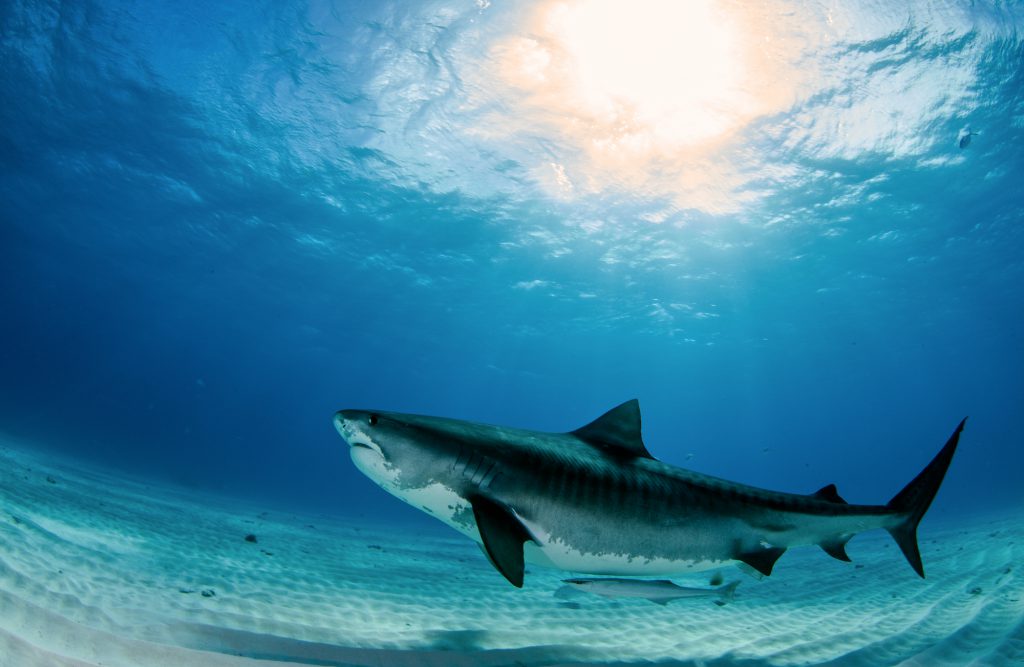 Q: What does being on Discovery Channel’s Shark Week mean to you?

Paul de Gelder: I LOVE being a part of Shark Week. I know that there are people that love it and people that hate it, and I totally agree that some of it is overhyped but you can’t change anything from the outside. I get to say whatever I want, and I get to share my passion for sharks. I get to show them being awesome, ferocious predators but also misunderstood evolutionary marvels. One thing people need to remember is that it’s not ‘shark documentary week’, It’s SHARK WEEK and that encompasses everything. Scary shark movies, that I love, science, adventure, thrills, cinematography, shark community characters, literally everything about sharks. And in doing this job I get to walk in the footsteps of people I’ve admired and watched since I was a little kid and I have the opportunity to continue their legacy and hopefully inspire, educate and entertain other people just like me.

Q: What do you think are some of the top ways for PADI divers around the globe to get involved in ocean conservation?

Paul de Gelder: That’s simple because there’s so many groups out there around the world trying to make a difference. My first recommendation when asked is to always look locally. Find a group near you that you can bond with, it’s always more fun with friends. If there isn’t one, then perhaps you can reach out to a larger group and ask if they will help you start your own local chapter. Conservation always should start in your own ‘backyard’.

"For most of history, man has had to fight nature to survive; in this century he is beginning to realize that, in order to survive, he must protect it." Jacques-Yves Cousteau #Hero #Quote #savesharks #savetheocean #savetheplanet

To learn more about Paul de Gelder and his inspiring story, visit his website or follow him on Instagram. Want to dive with sharks and help them too? A great way to learn more about and get involved in shark conservation initiatives is to take the Project AWARE Shark Conservation Specialty Certification and visit ProjectAWARE.com.