5 Sharks from the Deep

Diving with sharks is one the most amazing experiences. They are powerful, majestic and beautiful. But what about the sharks that we as divers can’t see lurking in the depths over 304 meters (1,000 ft) below the ocean’s surface? These sharks have unique biological traits that make them seem almost alien like. The harsh environmental pressures of the deep sea have lead to some amazing evolutionary adaptions. Here are five of the coolest sharks that live in the deep. 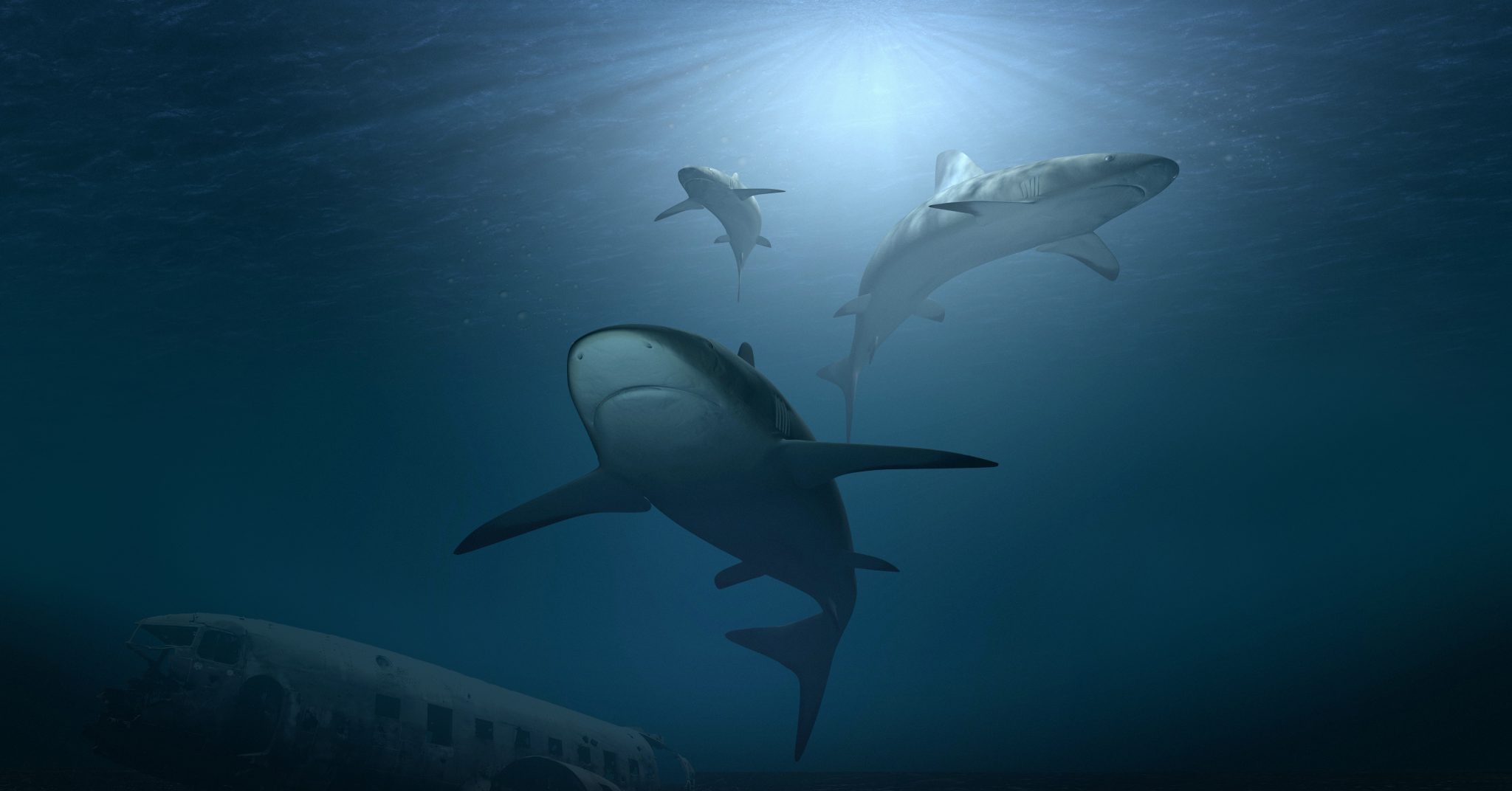 The Bluntnose Sixgill Shark has six long gill slits on each side of its broad head and has a blunt rounded snout – hence the name! Most of other sharks species only have five gills on each side, this is a characteristic they have in common with prehistoric sharks along with their translucent eyelids and the positioning of the dorsal fin closer to the tail. They can be found in temperate and tropical seas in the Pacific, Atlantic and Indian Oceans between 91 meters (300 ft) and 2,000 meters (6,500 ft).

The Goblin Shark has a face that only a mother could love. It has a shovel-like snout, flabby body and a tail with a weakly developed lower lobe. The most peculiar feature of this shark is its protrusible mouth full of long, pointed teeth making it look like something straight out of the movie Alien. The Goblin Shark can be found near the sea floor in the Pacific, Atlantic and Indian Oceans at about 1,200 meters (100 ft).

The Swell Shark gets its name by its defence mechanism which is to suck in large gulps of water making it swell to twice their size. This awesome deep sea dweller hangs at around 500 meters (1,640 ft) beneath the ocean’s surface in the subtropical eastern Pacific Ocean between central California and southern Mexico. There is not a lot of light at these depths so the swell shark has developed a unique way to catch their buddy’s eye. Their skin absorbs blue light and transforms it into a green bio-fluorescence light. This light can be detected by other swell sharks as they have a photo receptor in their eyes.

Even though the Cookiecutter shark is on the smaller scale, with males only getting to 42 cm (16.5 inches) and females up to 56 cm (22 inches), they sure have a nasty bite! This shark gets its name because of its feeding habits. They latch on to larger animals cutting a neat, round chunk out of them – just like a cookie cutter. That’s not the coolest feature of this guy though – they are also bio-luminescent, putting out a greenish glow to attract their prey. The cookie cutter shark inhabits warm, oceanic waters worldwide at about 1 km (3,280 ft) to 3.7 km (2.3 miles) deep. They usually rise to about 85 meters (279 ft) deep at night to hunt and very rarely come to the surface.

The frilled shark looks similar to an eel with their body shape nearly indistinguishable with the exception of the fins. They have a large mouth with 25 rows of 300 triangular shaped sharp teeth and can hold prey twice their length. They have been given the nickname ‘living fossil’ as they are the second oldest species of shark on this planet, tracing their evolutionary beginning 80 million years to the Cretaceous period. Frilled sharks can be found in oceans around the world between 118 metres (390 ft) to 1.2 kilometres (4,200 ft) below the surface.

There is still so much to learn about these creatures of the deep and other sharks alike. Through education and understanding sharks better, we are able to better protect these fish and enable them to roam the oceans just as they’ve been doing for the past 400 million years. If this has inspired you to find out more about shark protection then head over to Project AWARE’s website to see what you can do!