Why Slow Divers are the Best Kind of Diver 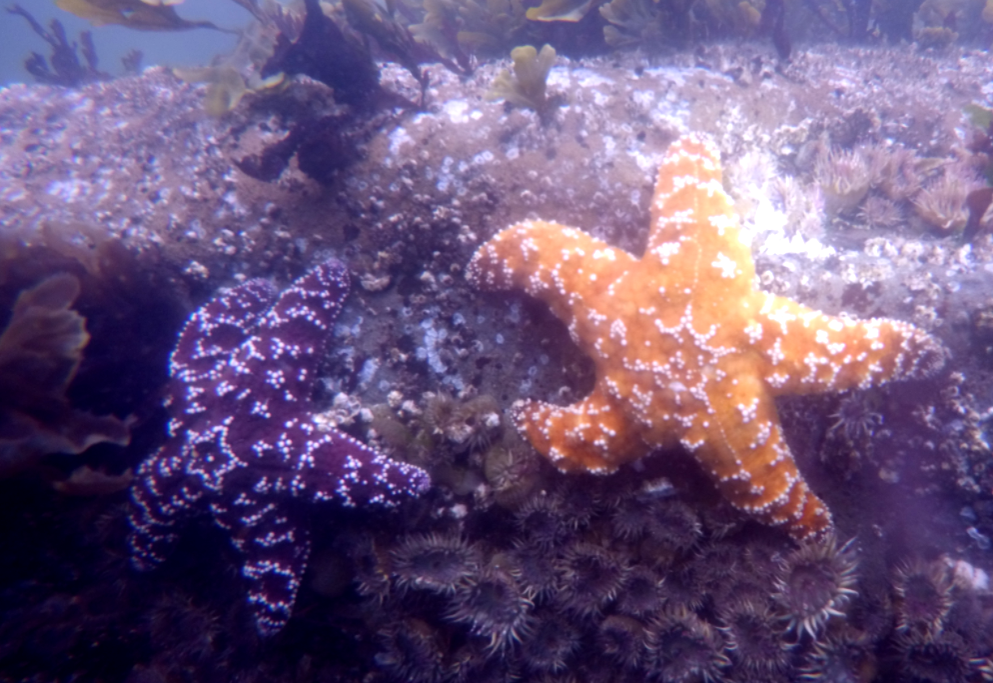 “There’s barely any life out there!”

A throw-away comment I made barely two months after getting certified. At the time I had been diving Mike’s Beach Resort in the Hood Canal in Washington State.

After my second dive I clambered out of the water, the frustrated exclamation instantly leaving my lips.

An instructor teaching a class that weekend overheard me and laughed.

“I don’t know where you’re diving, but it sure ain’t out here.” He followed his statement up with a string of the marine life he’d seen in just one dive. A crescent gunnel, a number of rockfish, nudibranchs, sculpin, various crabs, jellyfish, shrimp. He kept going.

I listened, baffled and frustrated. Why was I not seeing anything beyond crab and a few fish? It wasn’t for lack of looking. I was hungry to see life that I couldn’t name. I was starved for the color, the movement, a whole world I hadn’t known could even exist a few months earlier.

That weekend I kept my eyes peeled. I did see some of the life he had mentioned but I still left Washington wishing I lived somewhere more tropical.

As the months progressed and as I logged more dives, I realized I was all about “size.” I wanted to see bigger things. A three foot lingcod? Sure that was impressive but what about a six-foot lingcod, or better yet, a small shark?

Giant Pacific Octo? Yeah, I’d seen a few but they seemed boring now. They stayed under the sunken boats and shrunk back when our flashlights caught their large, cow-like eyes. Every dive my standards went up.

I began searching for other places to dive, places that might reveal more about the underwater world. Altitude lakes, a few more dives in the Puget Sound, at Edmonds in Washington, and then back in Oregon, diving various jetties.

None of it overwhelmed me. Sure I still loved scuba diving, still craved the calm of the underwater world, the beauty of it all, the way it sucked away the past and the future, but, I was not “swept away.”

I had heard people talking about the amazing life on coral reefs overseas and at our local dive club meetings. I had seen incredible pictures of colorful marine life in Indonesia, the Caribbean and Hawaii. I knew it was out there and I wanted to see it. I needed to see it.

I decided to book my own trip. At the time I couldn’t afford a week in Bonaire, but I could just about pull-off the dive shop’s liveaboard trip to the Channel Islands in California. I had heard people talking about that trip and an instructor even told me that I could use it to log enough dives to be ready to start Divemaster training.

It was a no-brainer. I signed up.

Sure enough, the Channel Islands did not disappoint, but more so thanks to the eerie beauty of kelp forests and the marine life, so different from our own in the Pacific Northwest. I loved the funny, territorial Garibaldi; the sea lions, just like dogs; the purple hydrocoral at Farnsworth; the rays; the neon Spanish Shawl nudibranchs, and even the small octopus I’d seen hunting for prey one night.

I returned to Oregon wishing I could live somewhere nearer those beautiful kelp forests. Wishing we had the diversity of life that they did.

A few weeks after my trip to the Channel Islands, my sister and I decided to visit our little sister in San Diego. I knew there was no way I was not going to dive. I found a local to dive with and booked onto a half-day charter trip.

To my dismay, the dive spots were more like Channel Island dives on a bad day. In fact, I felt like our Pacific Northwest dives were better most of the time. Visibility was low and giant kelp as intermittent as leafy trees in a burned forest.

Surfacing after the first dive, I expressed to my buddy how disappointed I was by the lack of life. Like the instructor at Hoodsport, my buddy did not agree with me. He said there was loads of life, you only had to slow down and look close to see it. He said he’d show me.

The second dive blew my mind.

The conditions were the same—not bad visibility, but not great—and surge-y. The difference was that the entire dive encompassed only a few large boulders. For the first time I wasn’t just swimming. I was hovering and looking. And when I say looking, I mean looking really close.

The big misconception in scuba diving is that things get more interesting when they increase in size. This is the outlook of a novice scuba diver and it simply isn’t true.

My buddy began pointing out all the life I hadn’t seen. Nudibranchs, everywhere, tiny sculpin, clams, lobster, and my favorite, a decorated warbonnet. In fact, the closer I looked, the more aware I became of how much life was on those rocks. The surge made it hard to look at something and stay in one place, but no longer could I indiscriminately place my hand. Each time I reached out to steady myself and peer closer at yet another creature I couldn’t name, I realized there was something below it. A tiny fish, a nudibranch…

Had I been squashing these things all along? Perhaps it was just southern California that could boast this quantity of life. Inwardly though, I was horrified. Beyond my own casual approach to buoyancy, I had witnessed so many other divers skimming their fins over rocks, grabbing hold of boulders to steady themselves in the current, hands knocking hermit crabs everywhere. I made a vow with myself. Never again would I lay a hand on a rock without carefully ensuring I was not killing or damaging the life on it.

When I returned to Oregon, I decided to test my theory. I headed up to Newport with a friend, clambered over the wall of jetty rocks, and dipped below the surface for an hour and a half-long drift dive.

Because my buddy was a slow diver (the best type of diver), and because I didn’t have to worry about turning the dive at any point, I relaxed. I decided to take my time. And this time, I was blown away. Though I had dived Newport twice before, never had I seen the life I saw on this dive.

Anemones were everywhere, tiny starfish stuck like velcro to the rocks, sand dabs shot away from me as I drifted over them, hundreds of nudibranchs clung to the rocks, a stray jellyfish bobbed by, gobies excavated in the sand, and tiny sculpin sat frog-like staring into the distance.

The same thing happened when I dove the North Jetty in Florence; when I dove the Hood Canal again; and even in the nearby lakes. Life was everywhere and it didn’t have to be big to be interesting. I just had to slow down to see it, and look really close.

If like me, you tend to dive with people who enjoy getting as far as they can, try to dive with someone who likes going as slow as they can. Not only will this be a great way to practice neutral buoyancy, but it will also mean you’re likely to see a whole lot more!