A New Dive Site for India; The Parking lot

The team at Temple Adventures, like many divers, feel an obligation to give back to the ocean for all we have received from it. They believe that all our underwater friends need is the right environment to thrive and so came about a project that served to provide shelter where there was none. Read on as they share about the project that has already seen an abundance of marine life thrive. 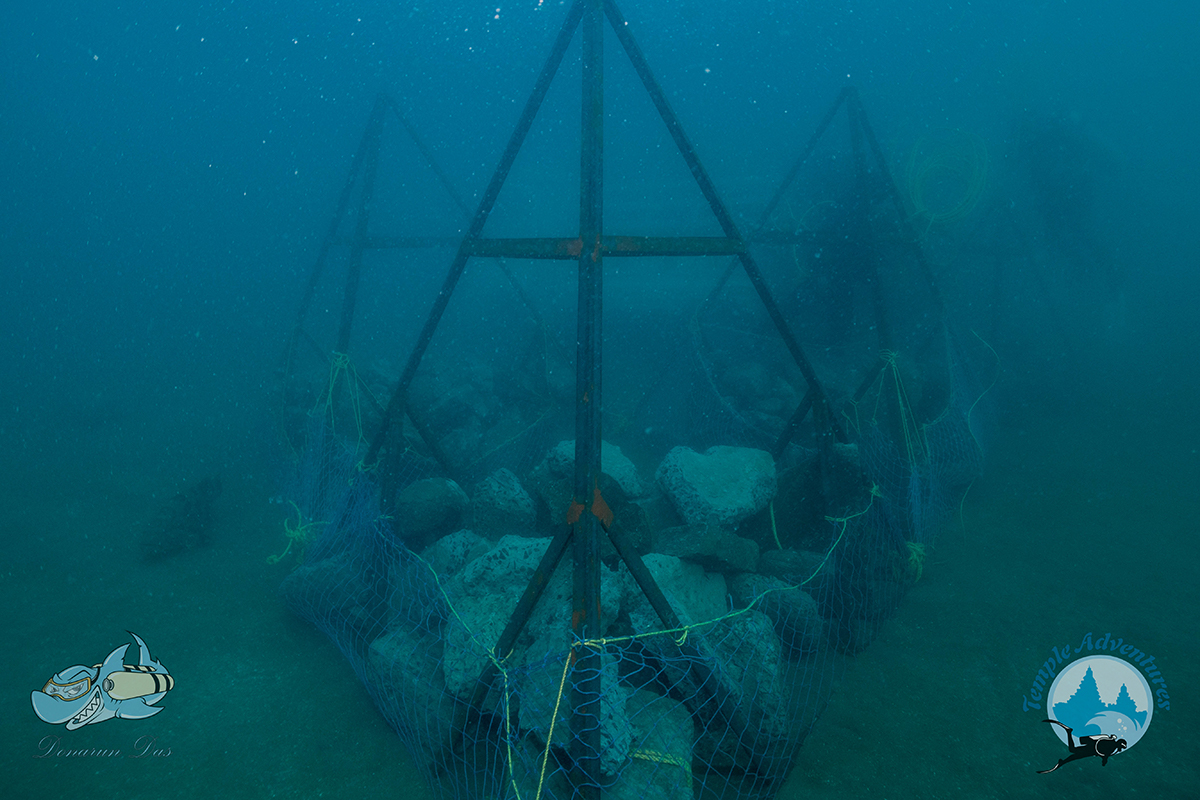 Most of the mainland Indian coastline is sandy bottoms, reefs are sporadic and made up of rocks and hard corals. Unfortunately, there’s not a lot of support for marine protection – trawler fishing is supported by the government and profitable to local fisherman. So we decided to take ocean protection into our own hands.

We would build an artificial reef that gave marine life a place to truly thrive.

We started with a concept reef in 2012. We wanted to test if what we built would be able to withstand the trawlers. I wouldn’t call this first attempt a complete failure, but we definitely learnt a lot.

The second iteration involved a sturdier base with over 20 tonnes of recycled concrete supporting the base. We were surprised by this version – not necessarily by its strength but by the way marine life came from a kilometre around to seek protection and food from the new reef.

Following this success, we thought we’d replicate it at a site we’d identified as unable to sustain itself due to the sheer volume of marine life living in this space. Marine biologists and PADI® Divemasters came together to conduct research and theorized that the increase in benthic species prevented the planktovores from getting more food from the reef and as a result the reef was unable to provide sustenance for its residents.

The next step was to investigate the kinds of materials that should be used on the reef. We worked with engineers from around the world as well as marine biologist and of course looked at what had and hadn’t worked previously. Recycled concrete is widely available and serves as a sturdy base, so that was a natural choice. 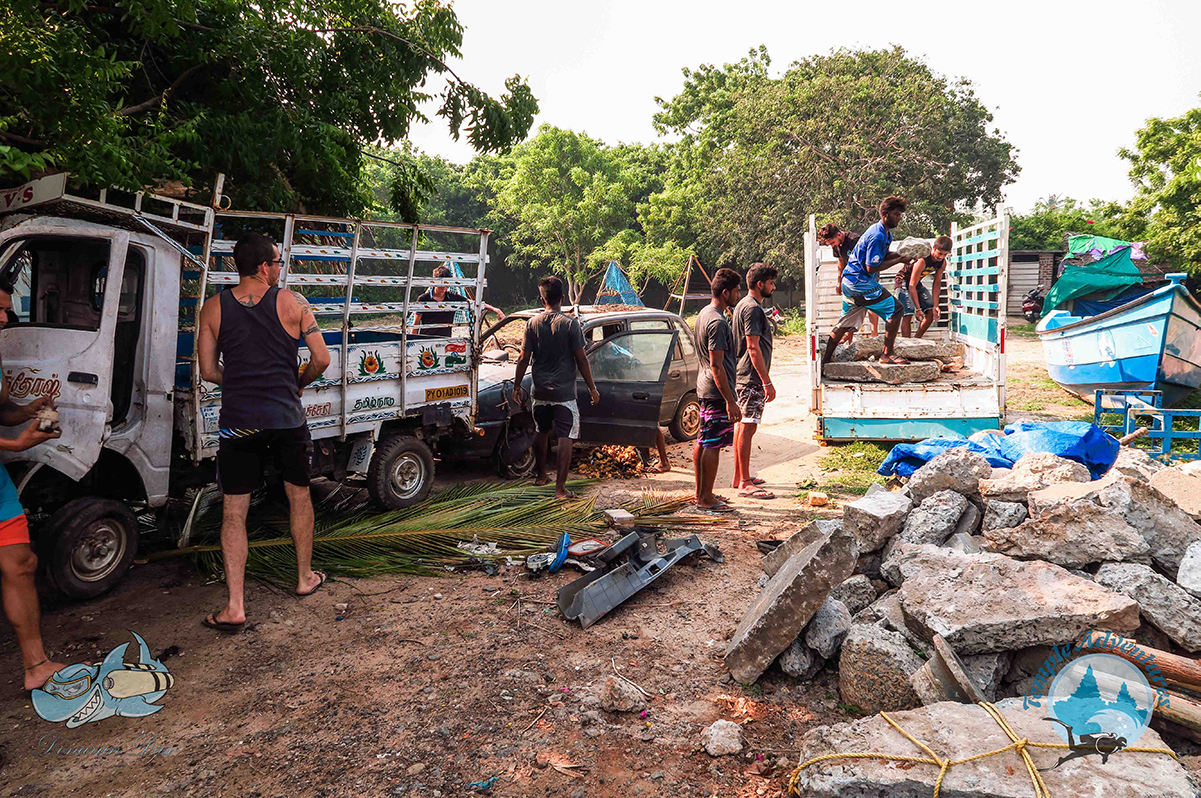 Metal beams were also selected. These were chosen because of the affinity barnacles and other small hard marine creatures have towards them. Finally, we decided to include old vehicles as they had run their course as vehicles and are often an attraction for divers who then learn about the artificial reefs and their importance.

We’d been planning this for more than 6 months. Collection and construction of materials had happened during that period and the vehicles had been stripped of all non-biodegradable parts; but the work was just beginning.

We had four days to transport the materials to the dive site, sink them and build the structure that would form the reef.
Day One began at 3am – yes 3am – at the Harbour where we loaded the day’s equipment onto the boats. The boats were filled to their maximum weight limit with tanks, tools and rocks that would support the pyramids underwater. We reached the dive site at 4:30am, under a starry sky. Four divers descended and marked the exact location we would drop the pyramids and rocks. A line with a buoy was set that would guide the materials to the exact location. When these divers were out of the water, the pyramids were lowered over the boats edge, followed by the rocks.

The divers then reentered the water and began moving the rocks so they were inside the base of the pyramid – aided by a flat sea and 15m+ visibility.

On Day Two we returned early again, this time with the stripped vehicles. Safety divers entered the water to check all was OK and when they surfaced, the surface support team unloaded the vehicles over the edge. When the vehicles were correctly positioned, we called it a day and returned home.

Day three saw us up early once again to send the final vehicles – motorbikes – down to the ocean floor. It was incredible to see the fish that had already taken up residence at the new site! 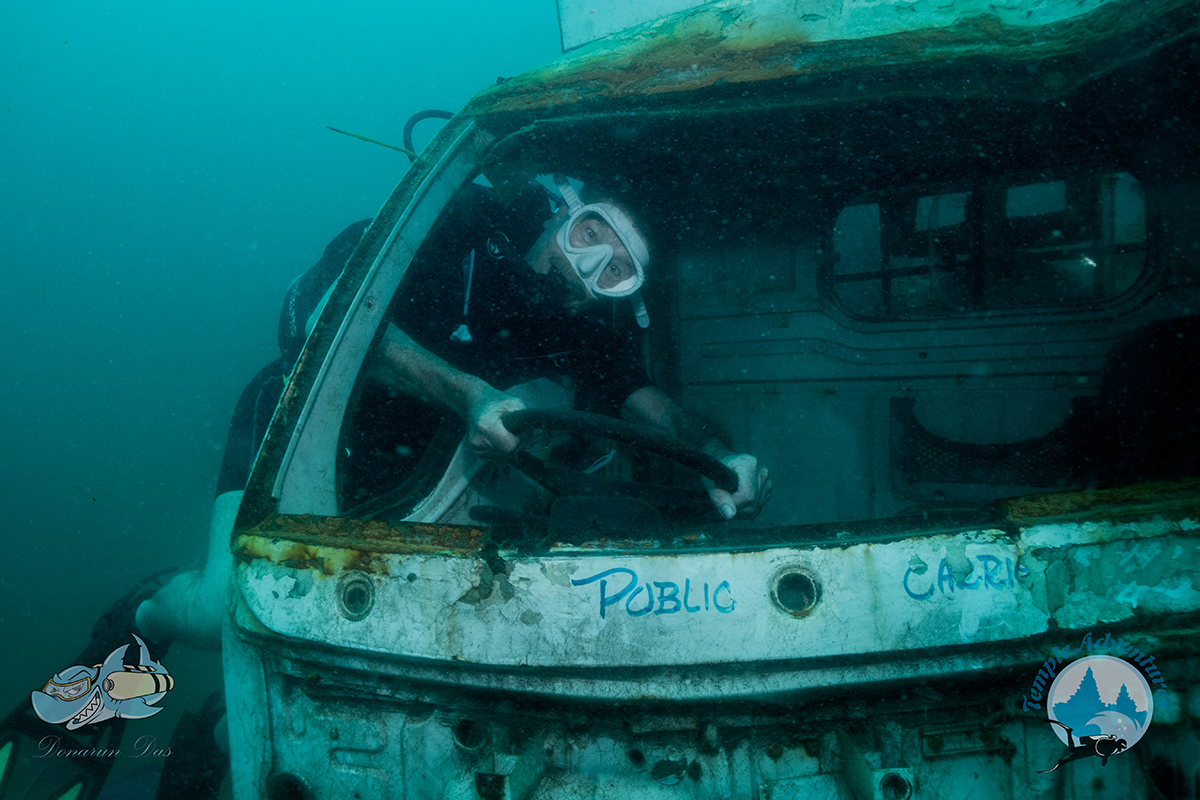 On the final day, we made a few finishing touches – secured all the structures and moved the concrete blocks to one place. Our conservation team also surveyed the area, making records of the marine life already starting to thrive in our new site, ‘Parking Lot.’ 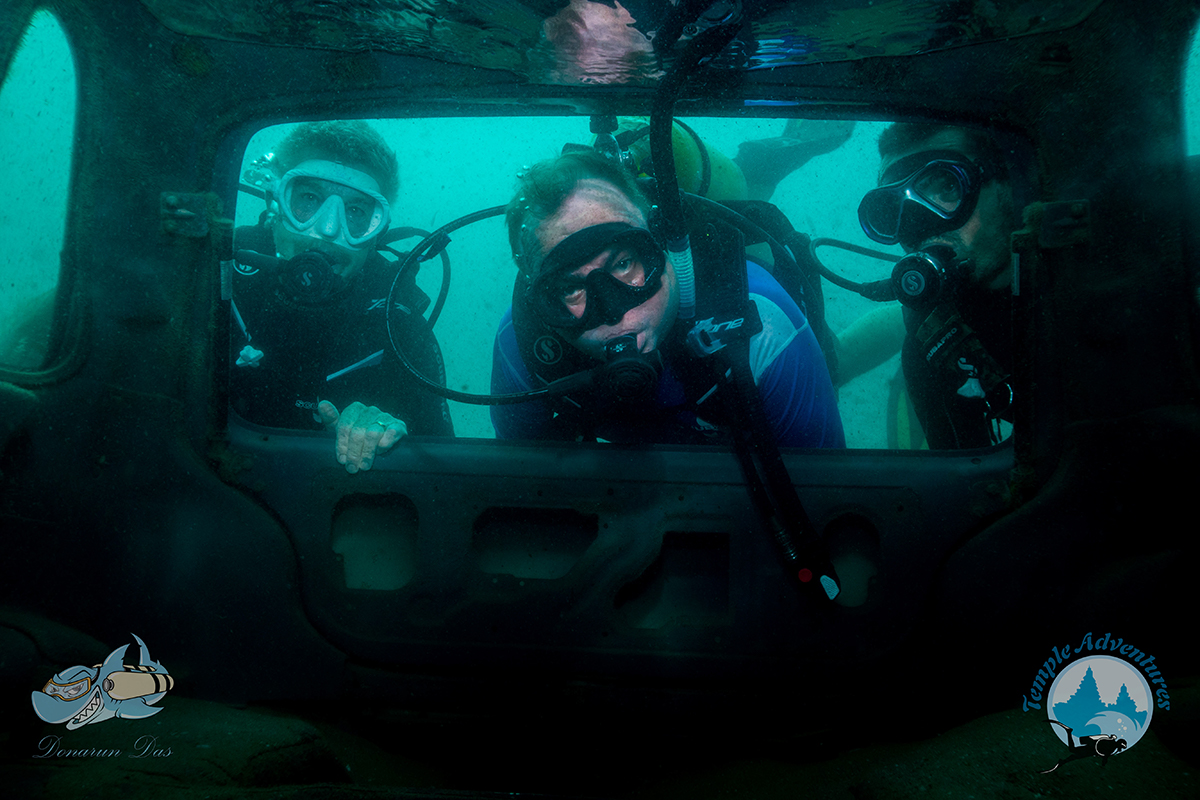 So far we’ve seen apogons, fusiliers, snappers, groupers, butterfly fish, cleaner wrasse and many more species – and we can’t wait to witness even more inhabit the reef over time.

The team would like to thank all our diver friends and well-wishers for supporting us in protecting the marine environment and in our efforts to give something back to the ocean.

You can read more about The Parking Lot over on the Temple Adventures Blog.

Interested in diving in India? Visit our Vacation Spotlight or Get in touch with a PADI Dive Shop in India.

A Lust for Rust: Best Wreck Dives in Cyprus Part 2