Underwater Tour 2018: An Evening of Underwater Entertainment and Inspiration

Five internationally acclaimed speakers are hitting the road to bring you four nights of underwater entertainment and inspiration in four Australian State Capitals as part of the Underwater Tour 2018. 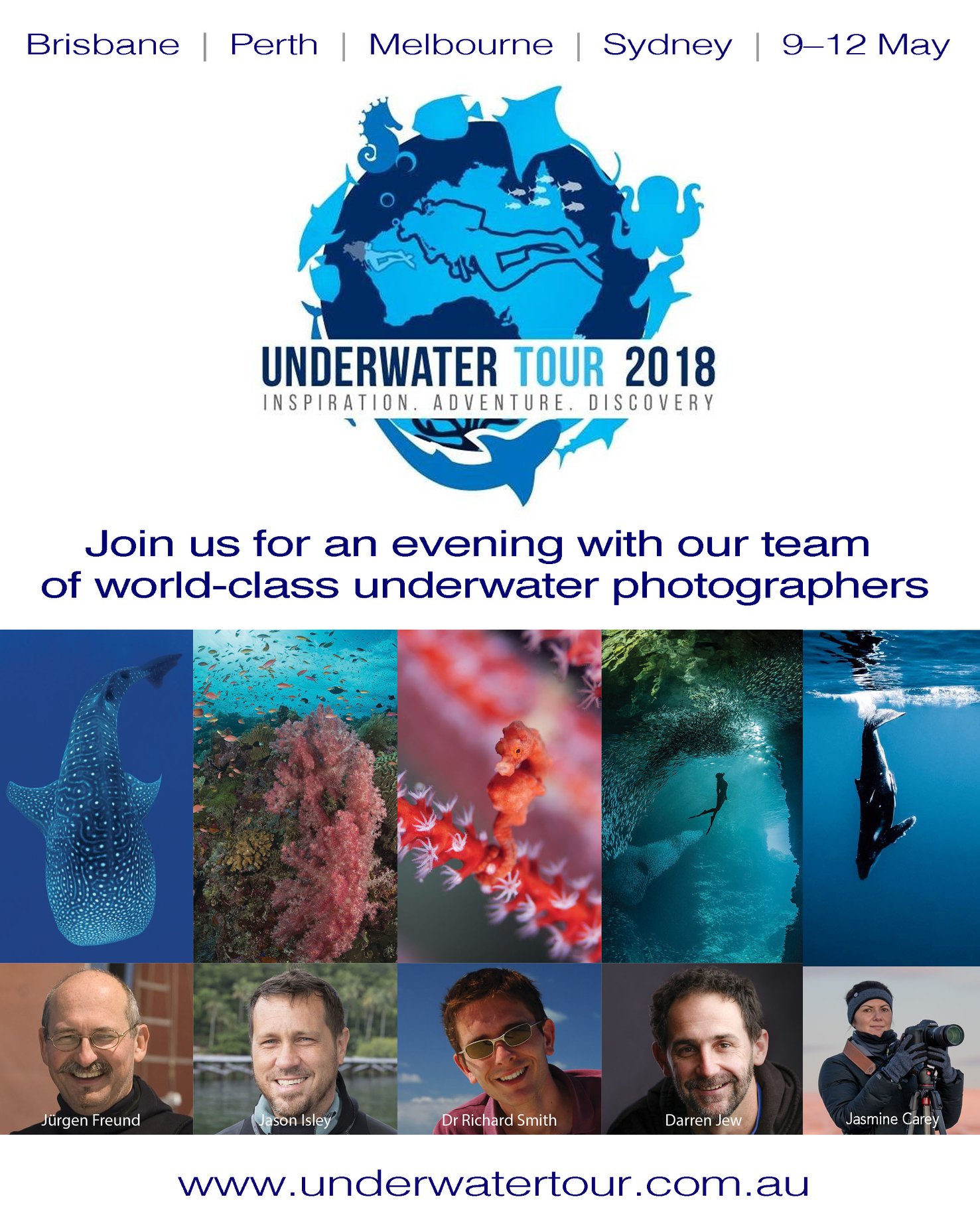 Jürgen’s work both underwater and on land, has been widely published around the world. A mechanical engineer by training, he began his career as an industrial photographer in Germany, acquired an underwater camera, discovered the marine environment and hasn’t looked back.

Jason trained as an underwater cameraman in Australia, however now calls Malaysian Borneo home where he co-found Scubazoo. Jason has always managed to capture great behaviour shots and his work has been included in notable productions including the recent Blue Planet 2 series.

Over the past decade, Richard’s photographs and marine life focused features have appeared in publications around the world. He also leads marine life expedition and aims to teach participants about the marine environment.

Inspired by his father’s travels to Antarctica, Darren has dedicated his life to his passion for capturing and sharing the wonder of the natural world. Darren’s work has been widely published in books and magazines and he will be co-presenting with equally renowned and passionate photographer Jasmine Carey.