The ocean is filled with spectacular sights and amazing underwater creatures that divers get to enjoy every time they head beneath the waves. But even among all those colorful, fascinating sights, some animals stand apart as true wonders of the world. Whether you see them from the surface or in the depths, these are some of the underwater world’s most fascinating denizens.

Orcas: Beautifully sleek and distinctive with their black-and-white markings, orcas are some of the most majestic animals you’ll ever see. But there’s much more to these fascinating creatures than just what meets the eye. Orcas are remarkably intelligent and highly social, residing and hunting in pods. And speaking of hunting, these fearsome creatures are so skilled that they can even strike fear into the heart of great white sharks (video).

Sea pigs: Also known as a Scotoplane, this odd-looking member of the sea cucumber family lives a fascinating existence on the deepest parts of the ocean floor. While it might look like the sea pig has legs, those appendages are actually cavities that the sea pig can fill with water at will and then walk on. They probe the deep-sea mud for nutrients, but also feed on whale carcasses. Scientists probing the depths often find them in enormous groups, frequently numbering in the hundreds, all facing the same direction. Read more, and view photos of this odd creature.

Narwhals: These arctic dwellers are actually members of the porpoise family, but you can call them by their nickname: the unicorns of the sea. The narwhal’s “horn” or tusk is actually a large tooth. Both males and females have these teeth, which spiral out through their upper lips, but males’ are generally much longer, reaching up to 8 feet in length.

Blobfish: The poor little blobfish has a reputation as the ugliest fish beneath the waves, and it looks a bit more like a gelatinous mass with eyes than it does a fish (no, really). Because it has a density slightly less than water, it mostly floats, rather than swims, eating whatever happens to drift by. It lives in the deep waters off Australia, but because it shares its habitat with species like crabs and lobsters, it often gets caught during trawling. Because of that, the inedible blobfish is facing a precarious future and conservationists are concerned about protecting it.

Mantis shrimp: This creature has recently become a bona fide Internet star thanks to the popular comic The Oatmeal, and it deserves every bit of its newfound fame. The colorful mantis shrimp has perhaps the most incredible eyesight of any animal in the world, and can see color in a range that is almost six times larger than what human brains can process. It’s also a dirty and deadly fighter, clubbing its prey with two blunt front claws that move as fast as a bullet fired from a gun.

Cuttlefish: Chameleons might be jealous of cuttlefishes’ ability to change the color, shape and texture of their skin. Whether they want to assume the appearance of coral to blend in with their surroundings and avoid predators or hypnotize their prey with pulses of color, a cuttlefish can do just about anything it wants with its skin, and in the blink of an eye. 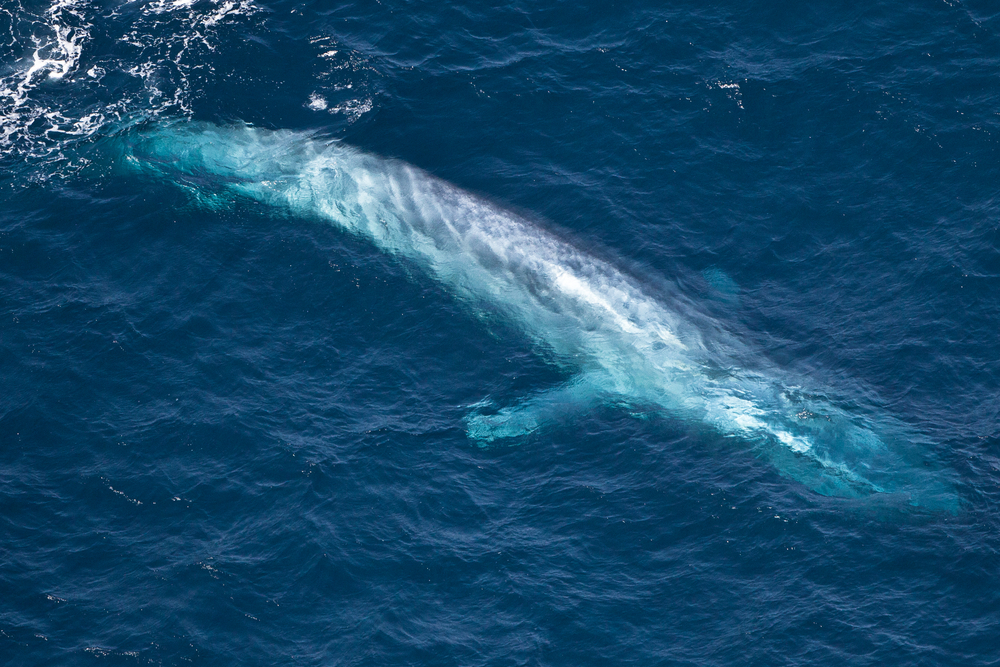 Blue whales: Simply put, the blue whale is the largest animal known to have lived on earth. Its sheer size makes it a wonder – it can reach lengths of 100 feet (30 meters) and weigh in at 200 tons (181 metric tons), but other superlatives make it stand out as well. It’s exceptionally long-lived (one specimen was determined to be 110 years old) and it’s considered to be the loudest animal on earth, capable of making sounds at 188 decibels (the average human conversation is 60 to 70 decibels).

Learn more about the amazing creatures that live beneath the waves in the Project AWARE Fish Identification Specialty and the PADI Underwater Naturalist Specialty.