The World ShootOut 2015 underwater photo competition, which hosted 448 photographers from 37 different countries around the world, concluded at the end of last year, and now it’s time to announce the winners!

Two winning ceremonies will be taking place this weekend at boot Dusseldorf 2016, on the central stage of the diving arena, hall 3. Both events will be broadcasted LIVE in HD via YouTube, allowing audiences across the globe to enjoy this exciting event.

Scroll down to view each event and watch the live stream from this page:

On January 29th, all World ShootOut 2015 winners will be announced and awarded with prizes, including a special award for 1st place: a dreamy diving vacation for two in Papua New Guinea including flights from Europe (worth $25,000!).

Live judging and awards ceremony for the UW Photography Global Championship 2015 will be held on January 30th. The winning team will be awarded with a prize worth $9,000 courtesy of SEACAM and PADI.

Learn more about the World ShootOut and the UW Photo Global Championship at www.worldshootout.org 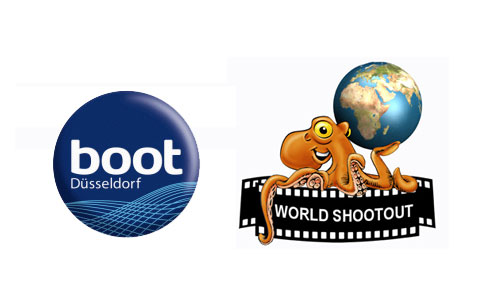