5 Dive Industry Leading Ladies on the Women Who Inspire Them

PADI Open Water Scuba Instructor and guest blogger, Brooke Morton reached out to five leading women in diving to hear about the inspiring female role models that influenced them to become the game changers they are today. 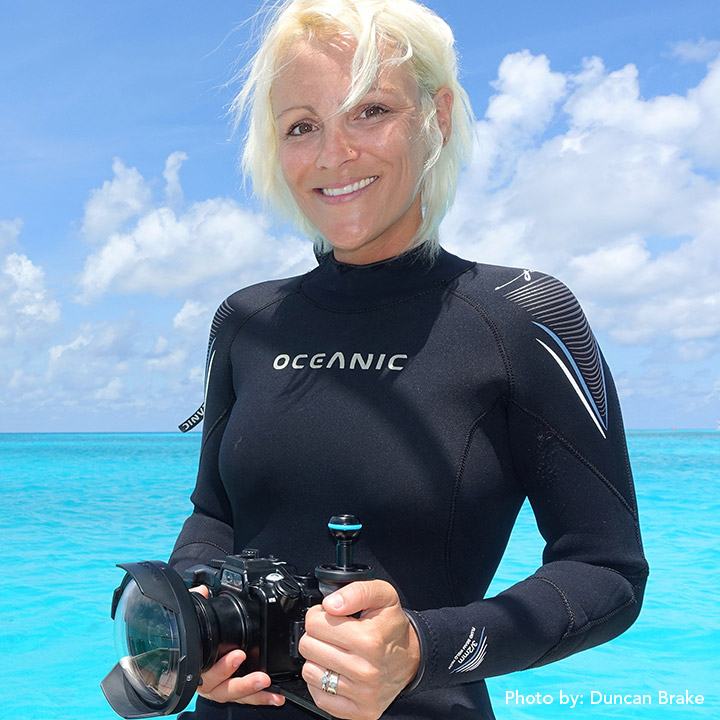 “My scuba hero is Cristina Zenato. I have been lucky enough to dive with her, take her shark feeder course and now call her my friend. I remember when I first met her: Immediately I was in awe of her strength. She blazes her own path and has never let being a woman hold her back from her passions. When she and I first connected, I had not met many other women who were working with sharks in the way that Cristina does. She helped me realize that I could make my life with sharks a reality, and as I’ve blazed my own path, Cristina has continued to provide me with advice and support.

“I hope that along my journey, I too, have been a strong role model for other young women with the desire to work with these incredible animals. I hope they will not be intimidated by traditionally male dominate roles in this industry. Cristina has led the way with grace, passion and strength — and for that I will always admire her.” 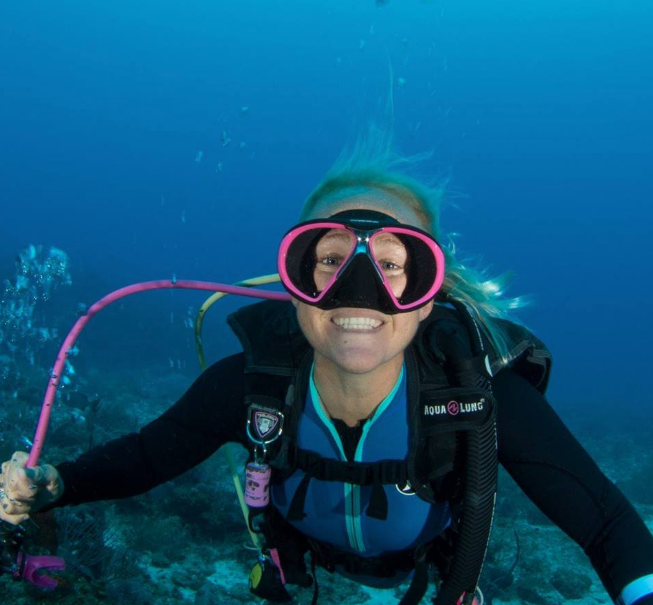 “Nancy Easterbrook has always been my scuba hero. When I started working as a dive instructor in 2005, I remember reading about her in dive magazines. I was always so impressed with all she was doing (and had been doing for the previous 10 years) for the diving industry. She was a woman running her own company in the Cayman Islands while raising two children. Moreover, she was instrumental in bringing Nitrox and tech diving to Grand Cayman. She never stood by and let things happen — she was the one making things happen. That has always impressed me. In a word, she’s determined. “No” is not a word that exists in her vocabulary, and if she’s told no, she just finds another way to make it happen.

“One example is the wreck of the U.S.S. Kittiwake in Grand Cayman. After most people had given up on the project, she carried on until it happened. We share the same motto: That you can accomplish anything as long as you put your mind to it. Now that I am the owner of her baby, Divetech Scuba Center, I hope to carry on with her determination in other aspects of the diving industry to keep this community great for everyone, while maintaining and growing the great reputation Divetech has enjoyed for the past 23 years.”

“Jo Armitage is my female scuba hero. She has taught in many places around the world and her experience and knowledge are immeasurable. She is a huge inspiration for me, and since I met her, she has opened my mind to another way of teaching and understanding of the dive industry. She has shared her knowledge and experiences openly and readily, and is someone who I can talk with and ask anything, even the things I would never share with anyone else.

“For these reasons, she has made me a better instructor. Jo is the example to all women that with hard work and passion, you can achieve your goals and make your dreams become true. She is an inspiration to us all.”

“My female scuba hero is Angelique Batuna, owner of Murex Dive Resorts in North Sulawesi, for two reasons. First, she taught me to dive: If it wasn’t for her, I would never have become a scuba diver. Angelique originally became a scuba instructor to please her father; she told me, ‘He was happier to see me become an instructor than when I passed my college test. He said it was my duty to finish college but becoming an instructor was an achievement.’

“Second, Angelique’s love for the ocean and environment, as well as her integrity, honesty and desire to fight for what is right — all of these she credits to her father. When there was a project to ‘reclaim’ the beach near Murex Resort Manado, she fought against it and won! And now she is continuing to fight against the mining on Bangka Island in North Sulawesi. Angelique has grit and determination, and a true inspiration (to us all!).” 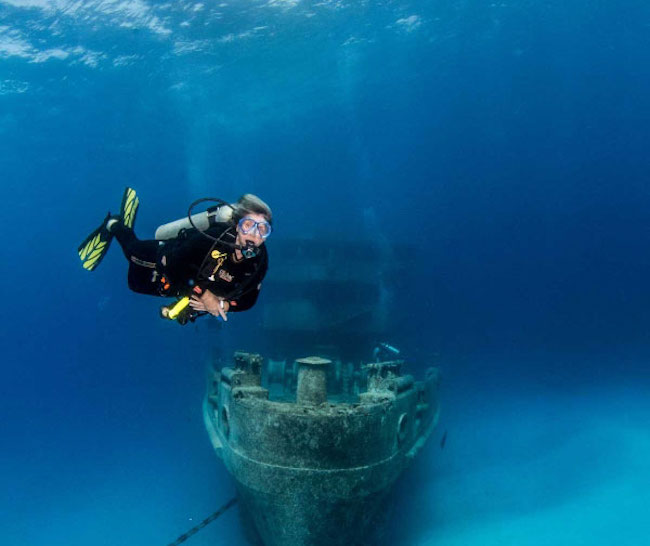 “I started as an editorial assistant on Scuba Diving magazine in 1992. At the time, I was the magazine’s only female editor, even though many women had made their mark on the sport by then. In 1970, Sylvia Earle, for example, led a group of five female scientists on a two-week experiment living in an underwater capsule. I’m a part of the generation that watched Zale Parry, who helped teach Lloyd Bridges how to dive, on Sea Hunt in the 1960s. “The Shark Lady,” Eugenie Clark, was contributing substantial and important research on sharks.

“As a late bloomer (I was certified at the age of 40), I was a journalist who got to stand on the shoulders of giants — Skin Diver’s Geri Murphy and Bonnie Cardone, and Cathy Church were all producing standout scuba photos and stories. I’ve dived with some greats, too: Maria Hults, Anna DeLoach, Annie Crawley, Tanya Burnett, Betty Orr, and PADI’s own Theresa Kaplan.

“I never dreamed that my little job would blossom into the career I’ve had for the past 25 years, but as much as I’ve accomplished, it will never even come close to what these women were able to do in a male-dominated world. And the pioneering work of female divers continues today — consider the explorations made by Jill Heinerth and Cristina Zenato; the work with youths by Amanda Cotton and Margo Peyton; and the conservation work of Andrea Marshall and Patti Kirk Gross. Name one mentor? It’s not possible for me. All these women, and the women I work with today — Mary Frances Emmons, Linda Sue Dingel, Brooke Morton, Becca Hurley, Ashley Annin, Lindsay Gigler and Melissa Smith — are my inspiration, and together, they represent the sum of who I am as a diver, journalist and committed ocean conservationist. More important, they make me want to be a better human being. By writing about their work and publishing their stories and photos in both Scuba Diving and Sport Diver, I hope I am in some small way inspiring the next generation of young women to consider the sport as a career. The ocean — indeed the planet — needs them.”

Learn more about the influential leaders in diving by checking out these 7 Women in Diving Everyone Should Know.