Have you ever wondered how deep a (properly-trained) diver could go? Or how far someone could swim in one breath? Read on to learn about some of the most amazing achievements in diving.

Longest Underwater Swim on One Breath – Female (2016)
The longest open water swim on one breath (using fins) by a female is 505 feet (154 meters). Marina Kazankova set the record in Bonaire on 9 September 2016. She was reportedly dressed as a mermaid.

Deepest Pool (2014)
When “Deep Joy” Y-40 opened in 2014, it surpassed Nemo 33 as the world’s deepest diving pool. Located in the Hotel Terme Millepini in Padua, Italy, Y-40 is 131 feet (40 meters) deep. It includes underwater caves, platforms at various depths, and a viewing tunnel for non-divers. In 2017, freediver Guillaume Néry performed a single breath-hold dive to the very bottom of the pool.

Deepest Scuba Dive – Male (2014)
PADI® Instructor Ahmed Gabr holds the world record for deepest scuba dive. Gabr trained for four years before the attempt, which culminated in a dive to 1090 feet (332 meters). “I wanted to satisfy my curiosity of how deep the human body can go, I was researching in books and on the internet but still never had the absolute answer so I figured out the best way to find the answer is to try it myself,” said Gabr.

The descent took 14 minutes, but Gabr’s return trip took just under 14 hours. He added, “I had a baby oceanic white tip shark as company for 6 hours, I think he wanted to say congratulations.” 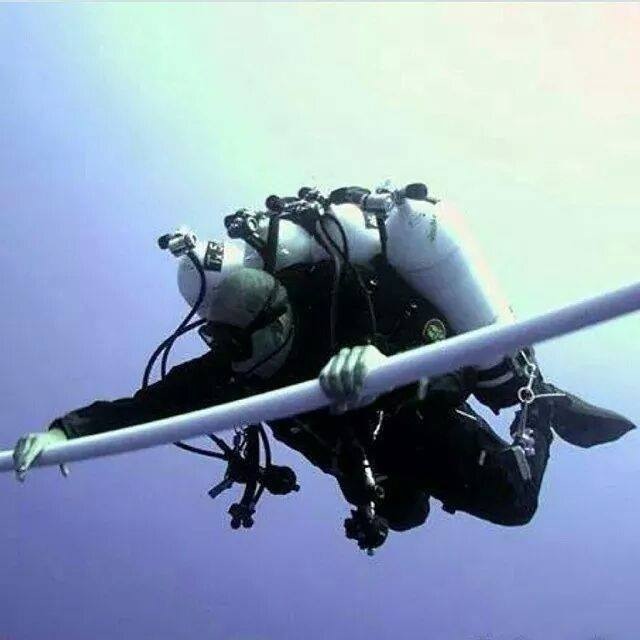 PADI Pro Karin Sinniger dove her way into the record books in February 2013 alongside an ocean-swimming elephant. Her underwater experience took place in India, the 115th country where she had logged a dive. 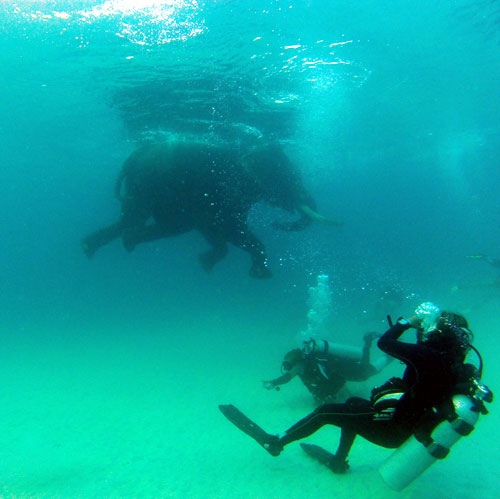 Roane State biology professor and PADI Instructor Bruce Cantrell and adjunct professor Jessica Fain (a PADI Divemaster) lived underwater for 73 days and two hours in Jules’ Undersea Lodge. This set the world record for living in a fixed underwater habitat. During their stay, the scientists hosted a series of weekly videos called Classroom Under the Sea (view the episode archives on YouTube).

Each year, Dixie Divers hosts a massive underwater clean up event. In 2017, more than 500 divers and topside volunteers participated. The world record attempt will take place 16 June 2018 after the annual clean up. The dive shop hopes more than 400 divers will get involved. If you’re interested in participating, follow Dixie Divers on Facebook or sign up for their email newsletter to get event details as the date approaches.

Further Reading:
For some more unusual (and totally unverified) world records, check out recordsetter.com for videos like:

One wonders how many challengers there were for these records?

To extend your personal records for depth or time spent underwater, contact your local PADI Dive Center or Resort and ask about the Deep Diver and Enriched Air Diver specialties. If you’re keen to break Karin Singer’s record for scuba diving in 100+ countries, ask your local PADI dive shop about their upcoming dive trips.