Everything you need to know about Fish, Chips and Microplastics 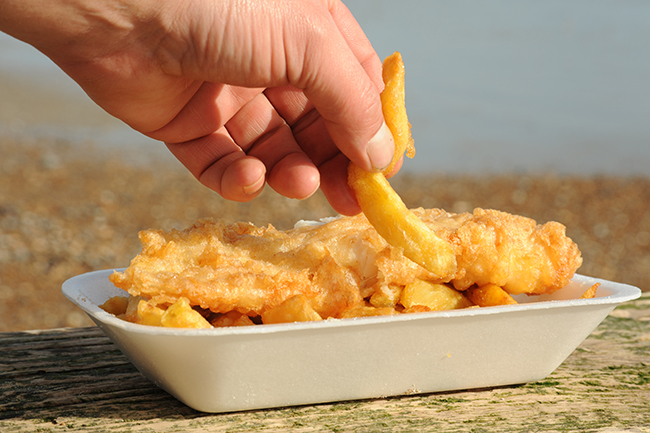 Fish and chip shops, known as “chippies” have been a cornerstone of  British eateries for centuries. They are time old traditions that fill me with fond memories. As a child my mother would take us every Friday to the British Bases of Cyprus for the “best fish and chips on the island” and we would eat them there and then – in the car outside the chippy straight out of their newspaper wrappings.

We could order what we wanted. Cod, haddock, chips, gherkins….. If it was on the menu all we had to do was point and chew.

Do you know what wasn’t on the menu?

Emerging reports from countless reputable sources like the BBC, Huffington Post, The Guardian and The Independent to name just a few are calling our attention to  studies on microplastics. Specifically, how microplastics are working their way onto our dinner plates from our plastic infested waters.

Hang on a minute, what are microplastics anyway?

Microplastic is any piece of plastic that is less than 5mm in diameter, about the size of a sesame seed. They come from cosmetics, clothing, industrial processes and most importantly, from larger existing plastics in the ocean as they are broken down by the sun into smaller pieces (hence the word “micro”).

Microbeads are another form of microplastic. These tiny pieces of plastic have been in our personal hygiene products for over 50 years, although a ban in America was introduced by Obama under the Microbead-Free Waters Act of 2015. At least that’s a start. 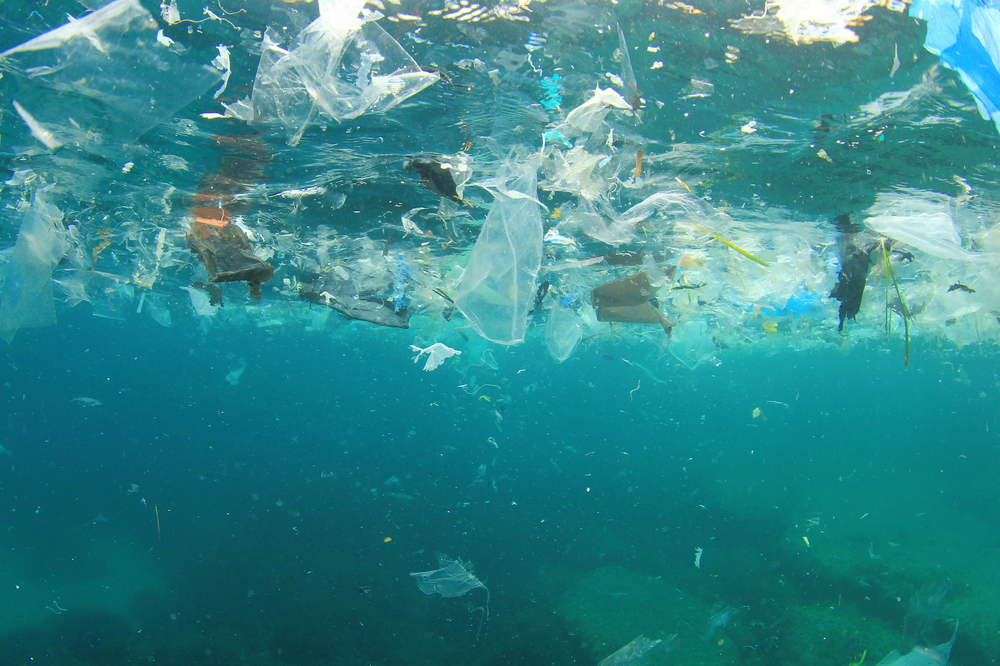 Plastics in our oceans are not a new phenomenon. Occurrences of small particles of plastic were first reported on coastal waters and beaches as early as the 1970’s. Today, more than 8 million tons of plastic end up in the sea every year. Is it really so surprising that some of it has come full circle and made its way back to us? Fish eat the microplastics, mistaking them for plankton or other food sources and then we eat the fish. Plymouth University found microplastics in a third of UK caught fish, including cod, haddock, mackerel and shellfish

That means that your local chippy has a hidden menu after all. It’s free.  It’s invisible. It’s unwelcome and disgusting. But is it harmful?

The long term health implications of microplastics in our fish are not yet known, but they can’t be good. As of 1997 it is estimated that microplastics outnumber plankton 6 fold. Shellfish lovers can eat up to 11,000 pieces of plastic every year, and 1% of this can be accumulated in the body in the form of nanoplastics.

We know eating plastic is bad. We’ve known this ever since we were toddlers being chased around by screaming mothers telling us “don’t you dare chew that empty sweet wrapper” or “you could choke, spit it out, spit it out now”!

We may not choke on microplastics, but we could very well be choking some very important biological functions in ways we have yet to understand. We may not know the full extent of the damage we are doing to ourselves. Ignorance is bliss as they say, but our scientific minds know better now. We need to put our heads together now to prevent a very preventable health catastrophe that is peaking it’s head over this generation’s horizon.

Plastic is not fantastic. So refuse the straw. Take your own coffee cup to Starbucks. Carry a packed lunch. Put reusable shopping bags in your handbag. Recycle everything like you are the last ship in the middle of the arctic and your life depends on  your intelligent use of your very limited supplies. What is planet earth if it’s not a ship hurtling us though an otherwise uninhabitable universe? Everything you have with you is yours to keep. Don’t waste it. Don’t squander it. You can’t just get a bigger boat!