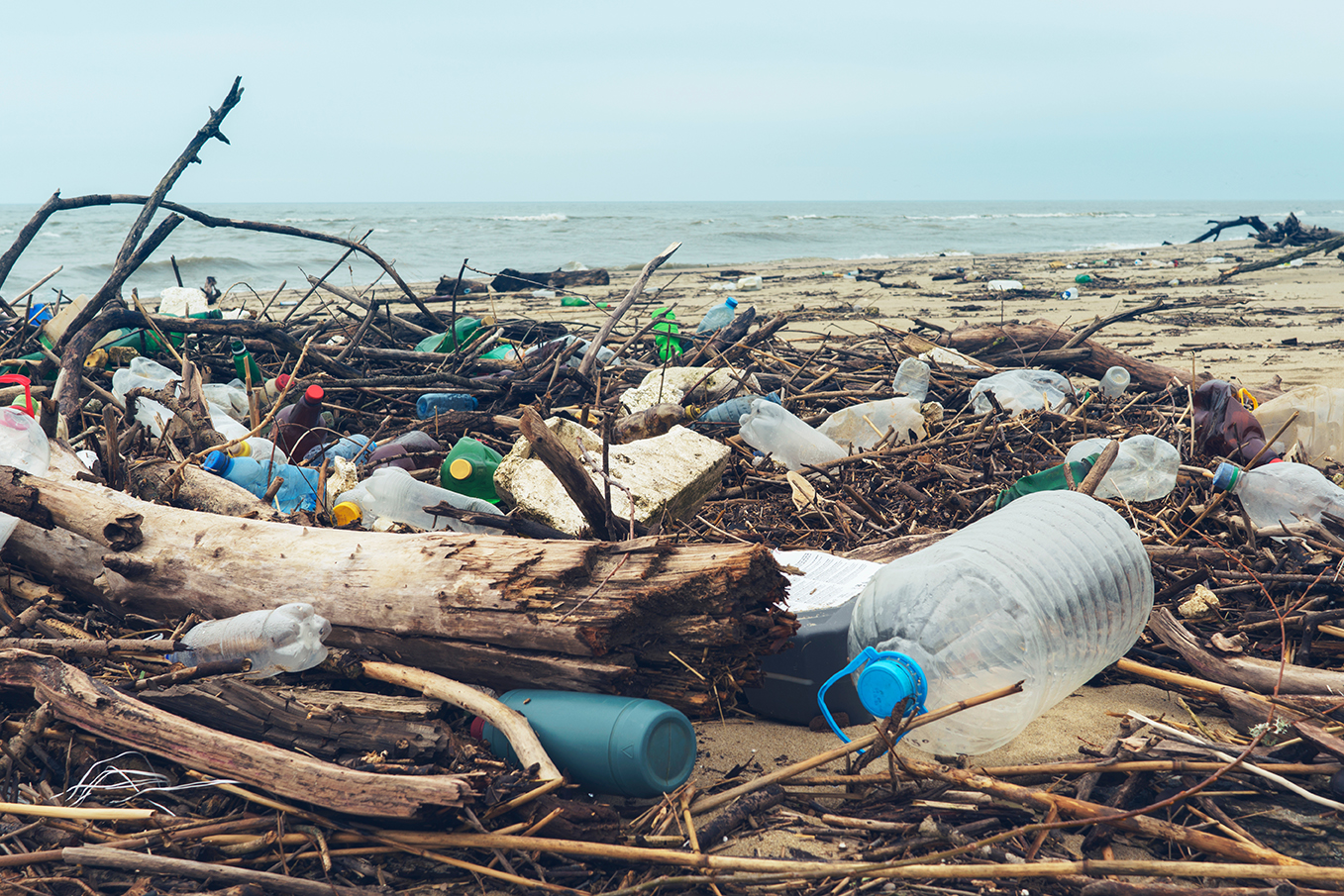 People from all walks of life are using their voices and respective platforms to highlight the issue of plastic waste. We spoke to two such people, producer and cinematographer, Poppy Chandler and director Mike Wafer. Together they are working on creating the documentary Plastic Britain: On our watch to highlight the plastic plight.

Mike is an award-winning documentary filmmaker, whose wide-spanning career has brought him face to face with polar bears, Mexican drug lords and LA street gangs. Mike has directed critically acclaimed films and landmark series for channels including the BBC and National Geographic. He has also spent time working for Action Aid, directing films for their Afghanistan, Haiti and Kenyan appeals and Poppy is a Documentary Producer and Camerawoman with over 12 years’ experience making documentaries for all of the major UK and International broadcasters, her work focuses on strong human interest and natural history stories worldwide.

What was it that sparked your interest in plastic pollution?

Mike:  I was making a film about polar bears in the sub-arctic and came across plastic bottles, bags, and fishing gear.  That was almost seventeen years ago and in that time I’ve seen plastic waste on every beach in every country I’ve visited.  The sad thing is it’s an environmental issue that could have been avoided.

Poppy:  I was shooting for Discovery in the Philippines when I first became confronted with a startling amount of plastic pollution in Manilla. On returning to the UK Mike and I began researching Britain’s relationship with plastic – our findings were alarming. It was not long after that the “Blue Planet effect” took hold, it felt there was a sense of what can we do here in Britain?!

Why did you decide to create a documentary about it?

Mike: I became tired of hearing my own voice complaining about it!

Poppy: This is affecting every aspect of our lives, wherever we are. Not doing anything wasn’t an option. 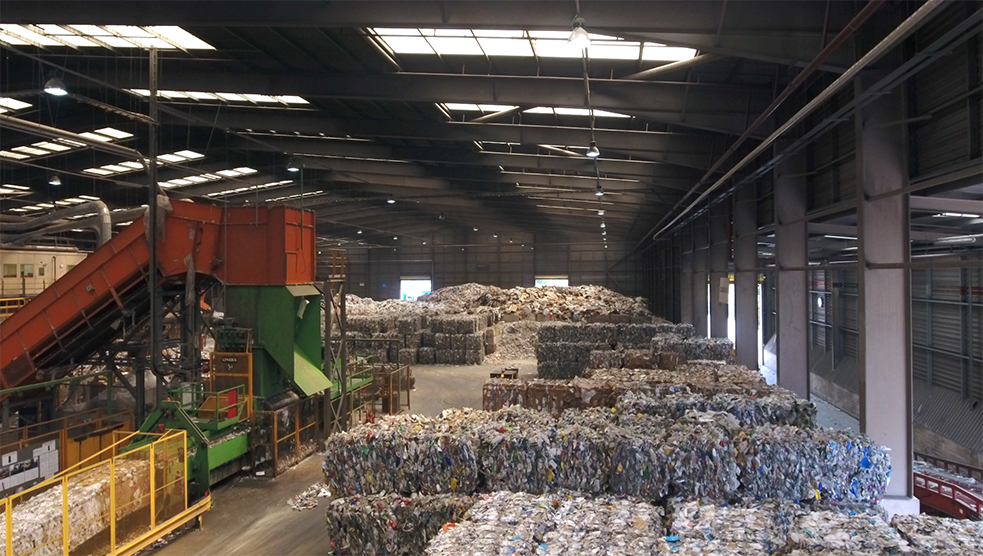 How important is it, do you think, that people understand the correlation between trash on the land and trash in the sea?

Mike: I think it’s very important that people begin to realize that the rubbish they leave on the beach or dump into our rivers will inevitably end up in the sea and the damage that it does is heartbreaking.

Poppy: It’s hugely important, so much of what we think of as being disposed of correctly on land is ending up in the sea and with devastating consequences. To quote Richard Thompson ‘we need to be thinking about end of life at beginning of life’, because none of it just disappears! 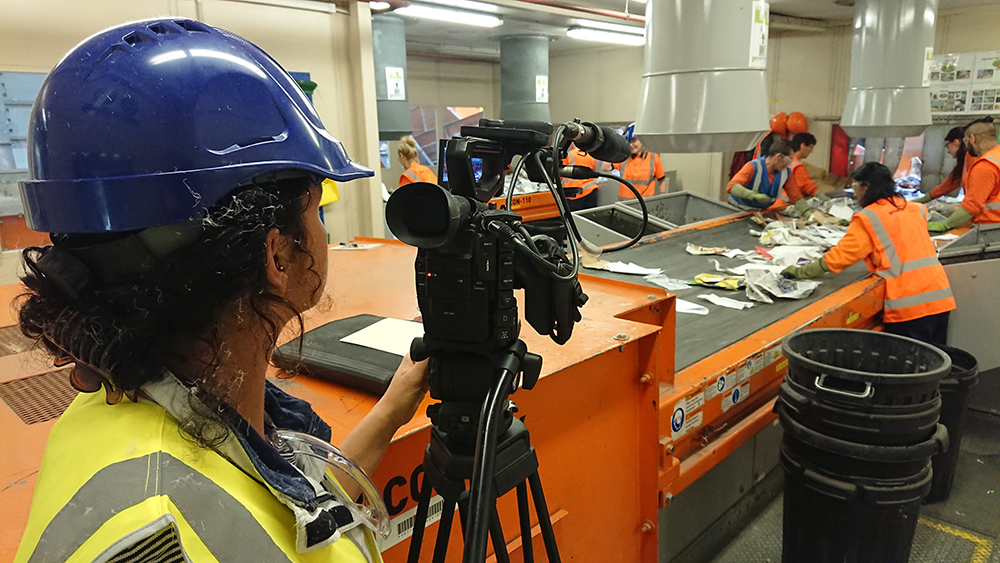 Who have you been working with for the project?

Poppy: We’re working with so many interesting people and groups from the leading members of the Scientific community like Professor Richard Thompson, Dr David Santillo at Greenpeace Research Labs, Professor Jamie Woodward, to Journalist John Vidal, Broadcaster and author Lucy Siegle, to Campaigners like Natalie Fee from City to Sea to name just a few… It’s a big film to make! We are of course hoping we can add Sir David Attenborough to that list!

Is there anything that’s surprised you during the process?

Mike: Although plastic pollution has had a lot of press there are lots of people who don’t know how everything fits together and that’s where our documentary ‘Plastic Britain: On Our Watch’ comes in. We want to make a film that will give the audience a greater understanding of plastic pollution…. And hopefully, will empower change.

Poppy: On a personal level, probably my shift in attitude. It can be overwhelming when you get a sense of how far down the line we are. Through understanding the intricacy’s of the picture more you realise that if we all come together to be part of the change – and what that could look like – that there is most definitely hope and on a global scale. But the time for that change to happen is now.