Unbelievable! Maybe you’ve seen the viral video of scuba divers in Indonesia riding a whale shark? In this day and age, someone has the nerve to do something like this? It makes me furious!

This kind of behavior is not okay for anyone, anywhere, anytime, but especially unacceptable for us divers. It’s a big deal – not just for the poor animal being mugged to exhaustion by divers amid its survival struggles (though that is a supreme part of it), but for the entire dive community. We’re supposed to be the ambassadors of the underwater world – the collective voice of care and concern that speaks up to protect our endangered seas from abuses like overfishing, plastic debris, shark finning and wide-scale pollution. Marine Animal Protection is one of PADI’s Pillars of ChangeSM, and I know the vast majority – probably more than 99.9% – of divers would never do something like this, and actively support what the dive community’s doing to protect the oceans.

But, this video paints us as hypocrites who exploit marine animals for our own entertainment – but not only that, these divers were breaking international and local laws (whale sharks have been protected by Indonesian law since 2013) that the dive community has been breaking its back to help put in place. Researchers think that whale sharks have declined 63% in the Indo-Pacific in the last 75 years, around 30% in the Atlantic, with a 50% reduction overall in the last decade. This is why IUCN (International Union for Conservation of Nature and Natural Resources) considers the whale shark endangered.

Whale Sharks are intelligent marine animals, seeing one suffering at the hands of joy riding scuba divers is outrageous! You should be outraged too – and I know many of you are as evidenced  by the thousands of enraged posts this video prompted and continues to prompt. I’ve noted reports that the divers (or some of them) have been arrested, and we’ll trust Indonesian law to be just. The arrests themselves show that the issue and law are taken seriously – as they should be.

Please speak up if you have not yet. The world needs to know that this isn’t us. This isn’t diving. Your voice matters – as Irish statesman Edmund Burke said, “The only thing necessary for the triumph of evil, is for good [people] to do nothing.” Silence is often taken as acceptance – and that cannot stand! If any nondivers you know saw the video, tell them it shows unacceptable, irresponsible behavior. Your personal contact delivering the message makes a big difference – it is a voice of authority because you’re a scuba diver, freediver or both. We can all help turn this negative incident into positive change by educating divers and nondivers about the Responsible Shark and Ray Tourism Guide jointly produced by Project AWARE® , WWF and Manta Trust. 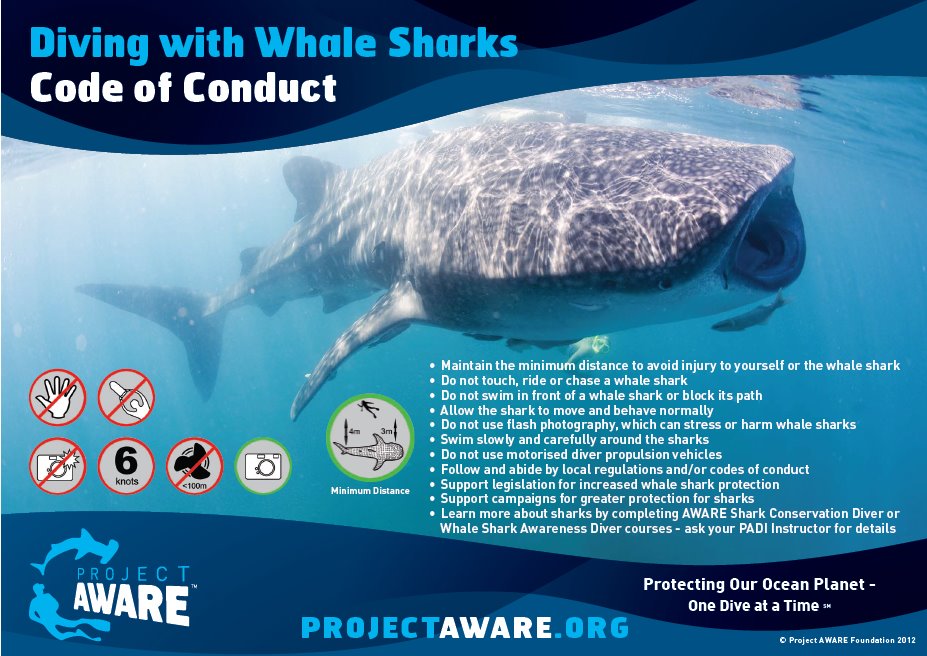 Like Dr. Seuss’ Lorax – speaking for the trees, we are divers, speaking for the seas. We are champions of our ocean planet, so let’s act like it. Please help spread the word that the diving family is a force for good in the world, and we don’t and won’t tolerate these kinds of behaviors.

Dive Shops: The Heart of the Dive Industry