In the heart of the southwestern Pacific Ocean, the Micronesian Islands are made up of more than 2,000 islands that span an area larger than the continental United States. While the region’s total land area is approximately one thousand square miles (2,600 square kilometers), the total ocean area within the perimeter of the Micronesian Islands is nearly 3 million square miles (7.5 million square kilometers). That’s a lot of ocean! And what an incredible expanse of ocean it is – home to some of the world’s most biologically diverse coral reefs as well as the planet’s deepest abyss, the Mariana Trench. This vast ocean region is so remarkable that Dr. Sylvia Earle and her team at Mission Blue declared the Micronesian Islands as a Hope Spot. Hope Spots are special areas critical to the health of our blue planet.

In 2015, President Remengesau of Palau (part of the Micronesian Island Hope Spot) declared 80% of the country’s waters as a no-take marine reserve – the largest ocean area on the planet set aside solely for marine ecosystems to thrive. During Mission Blue’s most recent 2018 Hope Spot expedition to Palau, the team investigated the overall health and continued challenges facing the nation’s immense marine protected area. Throughout the expedition, the team met with local conservation groups, partner non-profits like The Nature Conservancy, and political leaders like President Remengesau himself (who even joined Dr. Sylvia Earle on a dive). 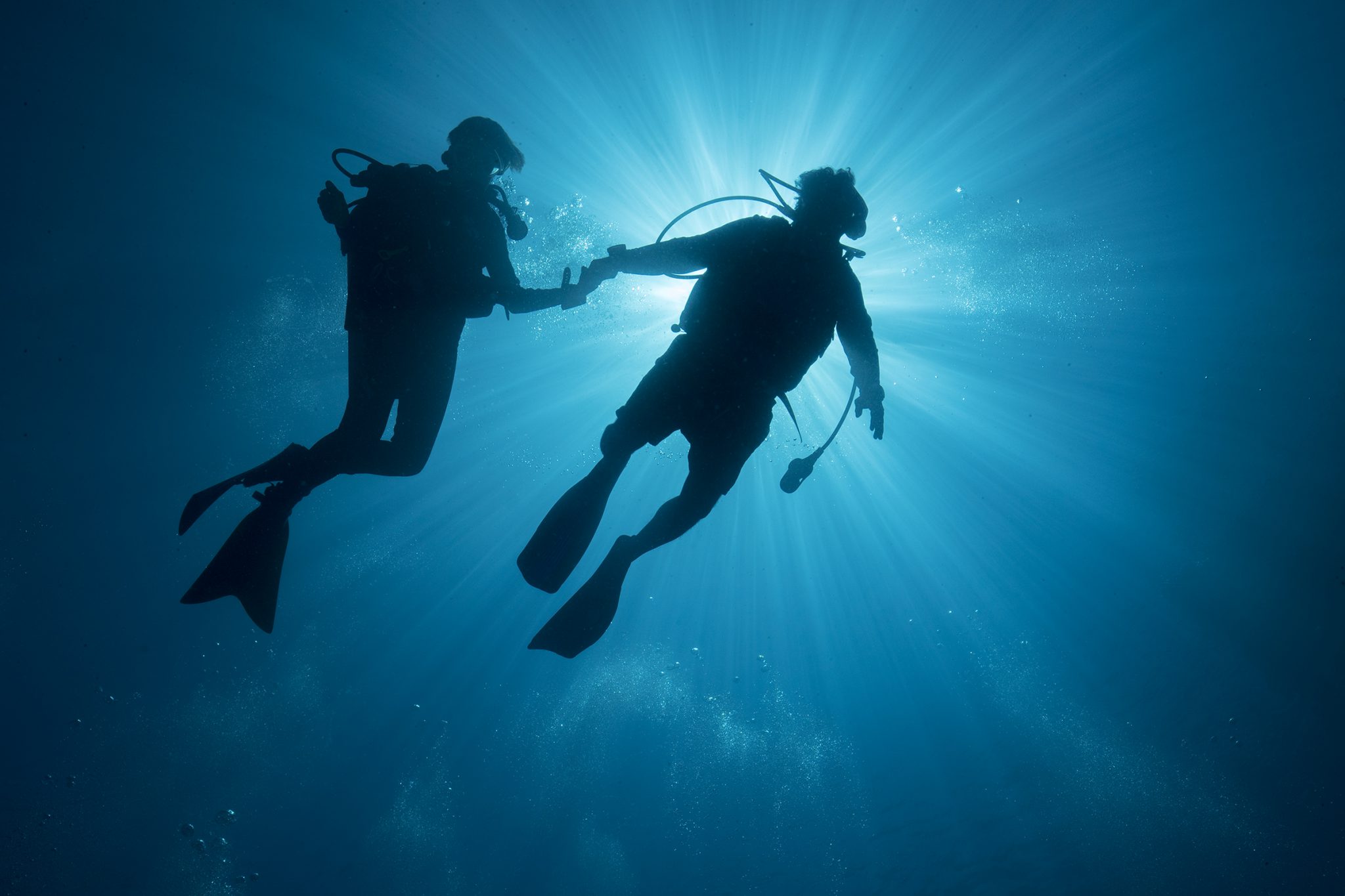 Despite these challenges, areas of Micronesia like Palau are a shining example of how top-down marine conservation and bottom-up community engagement can really come together to create positive change for the planet, above and below the surface. The Mission Blue team is filled with hope not only by the large amounts of ocean area being granted protection by local governments, but also by the passion and excitement the people of this region have for marine protection. In fact, scientists have found that since the establishment of Palau’s no-take marine reserve, many populations of fish species have doubled and many populations of predatory species (like sharks) have nearly quintupled. 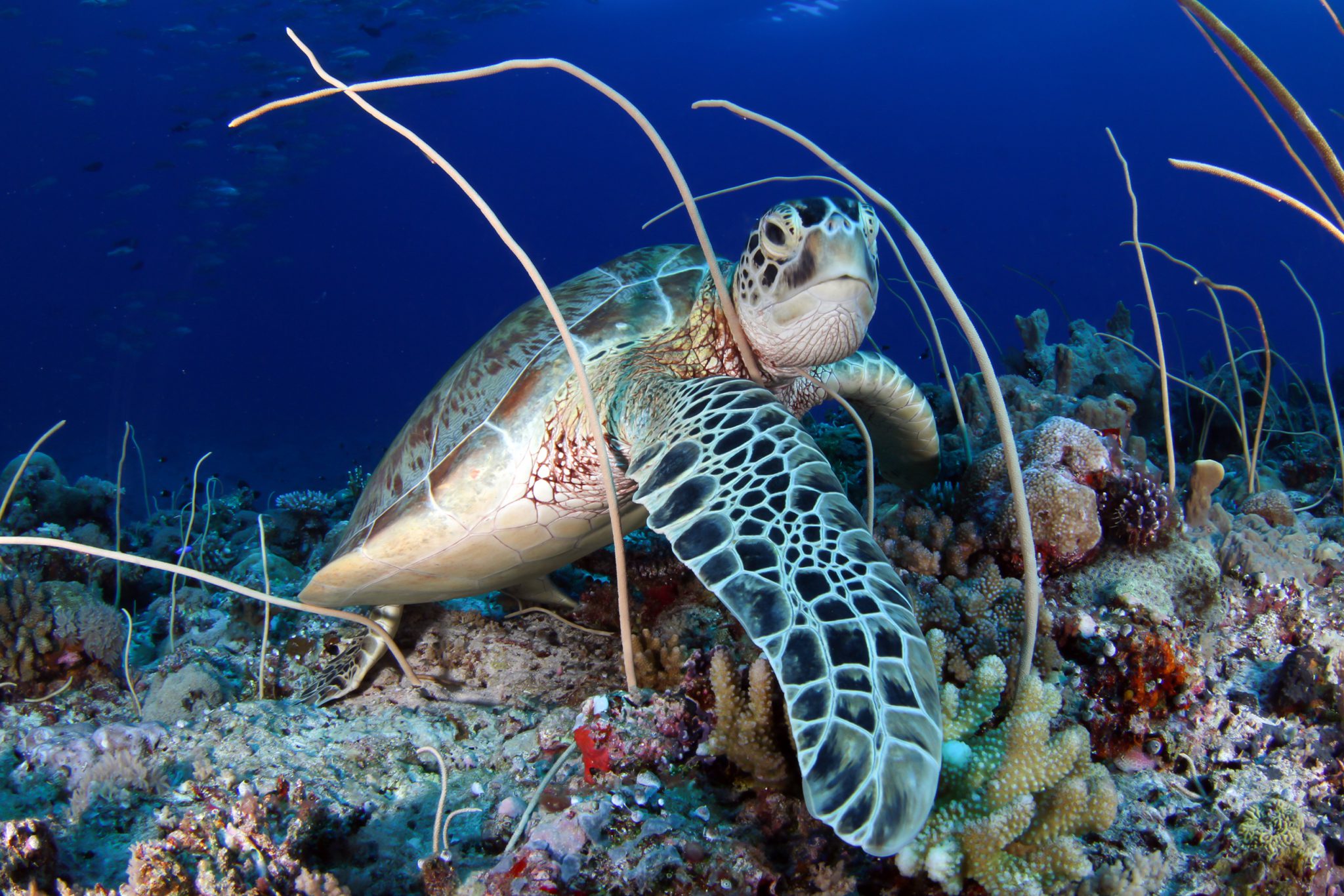 A green sea turtle rests on a coral reef within the Micronesian Islands Hope Spot.

It’s clear to see that large-scale ocean protection in this region has positive effects on the humans that inhabit these islands (allowing for sustainability and ecotourism benefits) as well as the marine life that lives below the surface. For divers, the Micronesian Islands are home to some of the best-ranked diving destinations in the world. For instance, on a single dive day divers can witness an incredible range of marine megafauna like sea turtles, humphead wrasse, manta rays, sharks, dugongs, and more. Divers can also explore blue holes, be mesmerized by the mosaic of intricate and colorful corals on a reef, and glide through millions of tiny, stingless jellyfish in Palau’s famous Jellyfish Lake. 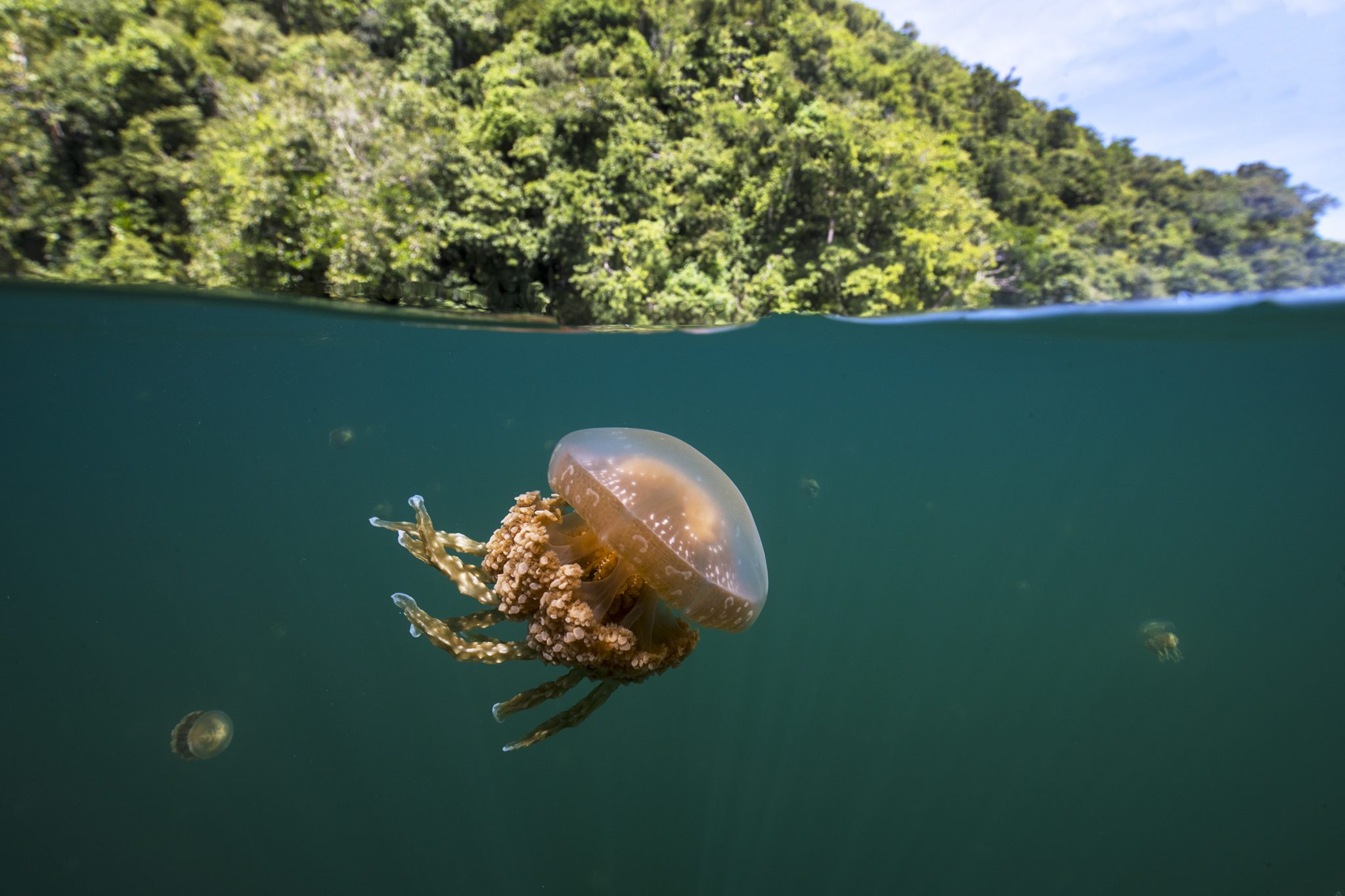 Above and below the surface of Palau’s Jellyfish Lake – the only place in the world home to these unique stingless jellies. Photo By: Kip Evans.

The success of the Micronesian Island Hope Spot provides inspiration to further ignite public support of marine protected areas worldwide. Want to nominate your own Hope Spot? Visit the Hope Spot page on Mission Blue’s website to learn how.

Inspired to create positive change for our blue planet? Check out these six ways to ‘dive in’ with Mission Blue as they strive to reach their goal of 30% protection of the world oceans by 2030. PADI® and Mission Blue have been in partnership to spark public support (especially within the global PADI diving community) for Hope Spots since 2017. Together, we can all be part of the solution.