When you think of South Australia, incredible diving and marine life don’t always come to mind. However, it’s in South Australia that you’ll find almost deserted dive sites, spectacular shipwrecks, and a veritable graveyard, all teeming with an abundance of unique marine animals.  With around 19 marine parks to explore, make sure you keep an eye out for these extraordinary critters on your next underwater safari in South Australia.

Sea Lions All Around You

If you head towards the west coast, you can dive with the playful sea lions in the blue waters of Baird Bay. Locally, these curious mammals are called the ‘puppies of the sea’, as they’re lots of fun to be in the water with. With a fascination for fins and bubbles, sea lions will buzz around you to see exactly what you’re doing. As you laugh and play with them, make sure you remember the most important rule of scuba diving – never hold your breath – As it’s easy to forget when the sea lions come out to play! 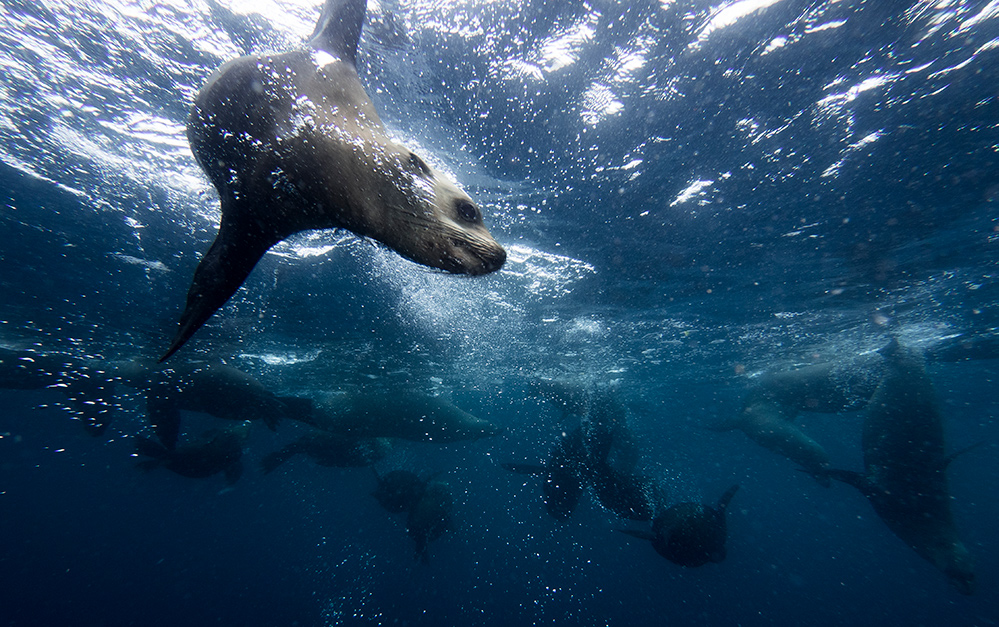 One of the most venomous, yet beautiful, octopuses is the blue-ringed. You can find this incredible marine animal hiding under rocks and in crevasses until it comes out at night to hunt. It’s amazing to watch the blue-ringed octopus when it’s feeding or displaying its beautiful blue rings throughout its body. The blue-ringed octopus usually shows its rings when it’s feeling threatened so be careful when it does, as these little guys carry a deadly neurotoxin.

Fun fact: Octopuses have nine brains, one of which can be found in its head and the other eight, in its tentacles! These guys really are clever critters that shouldn’t be underestimated underwater.

Each year between late May and August, the giant cuttlefish species can be found in large numbers in South Australia. Thousands of these colour changing giants congregate near Whyalla to mate. Some of the bigger cuttlefish have been estimated to weigh as much as 10 kg/22 pounds! Although the waters may be a bit chilly around this time of year, this phenomenal experience is one that should be on every diver’s bucket list.

The eastern blue devil fish can be found in many of South Australia’s marine parks. This marine animal usually lives in caves, ledges or in/under wrecks. With their grumpy faces and beautiful iridescent spots, they’re a must see in South Australian waters. Blue devil fish are very territorial and can actually be told apart by their unique spot pattern. While these critters are a protected fish in Australia, they can also live up to 60 years old!

Not only is the elusive leafy sea dragon the most popular marine critter in South Australia, it’s also the iconic marine emblem of our state. Leafy sea dragons are always hungry and regularly cruise through our waters while they search for food. It may be hard to believe but the leafy sea dragon is actually a fish and as proper gentlemen, the male will carry their eggs for up to 9 weeks, after the female has deposited them on their tails. 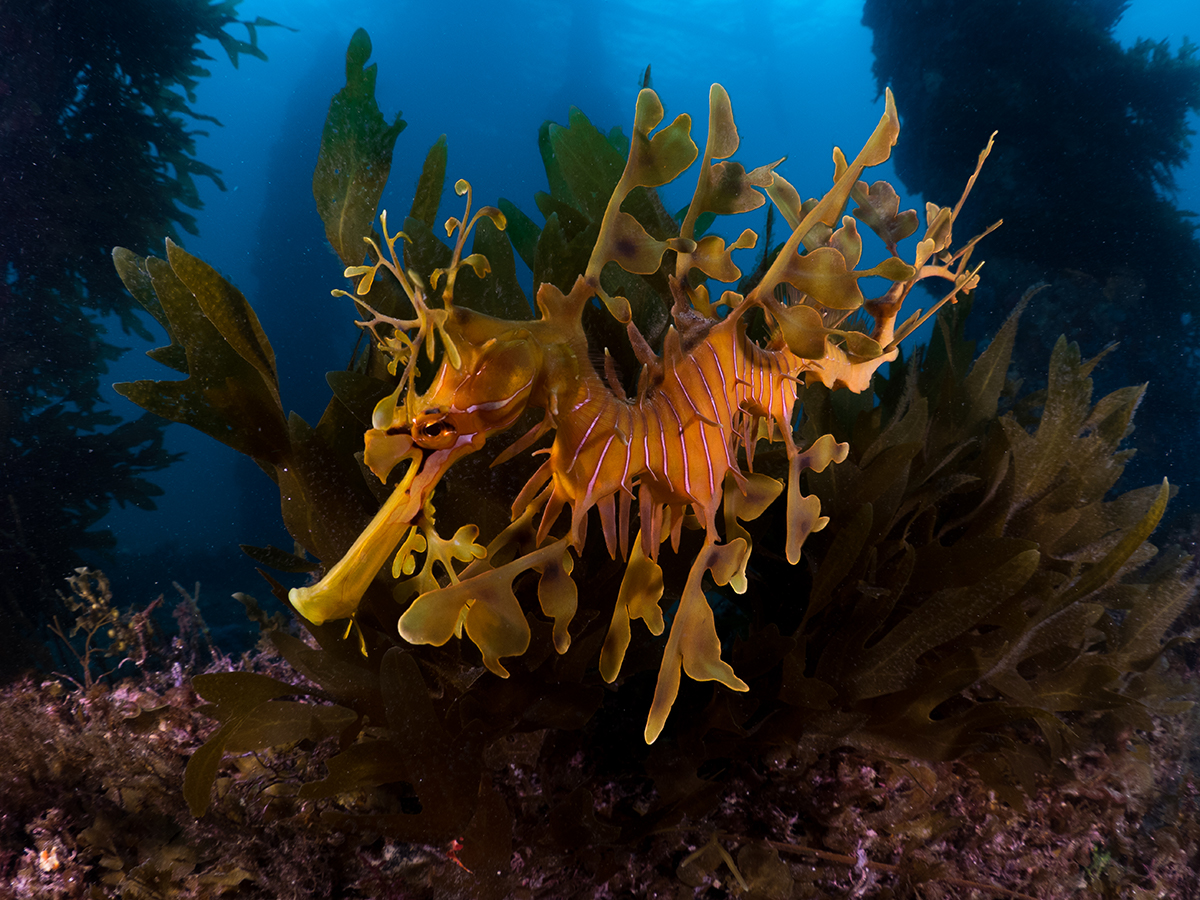 Want to explore the incredible diving and marine life in South Australia? Locate a PADI Dive Shop and start ticking off some of your bucket list marine animals today!