New Zealand Diving Calendar: Hotspots for All Year Round

New Zealand is a truly unique destination both on land and underwater. The staggering top-side scenery is mirrored equally, if not more, underwater. If you are wondering when to dive in New Zealand, here are ten hotspots which offer you a year round calendar of amazing dive sites to explore. 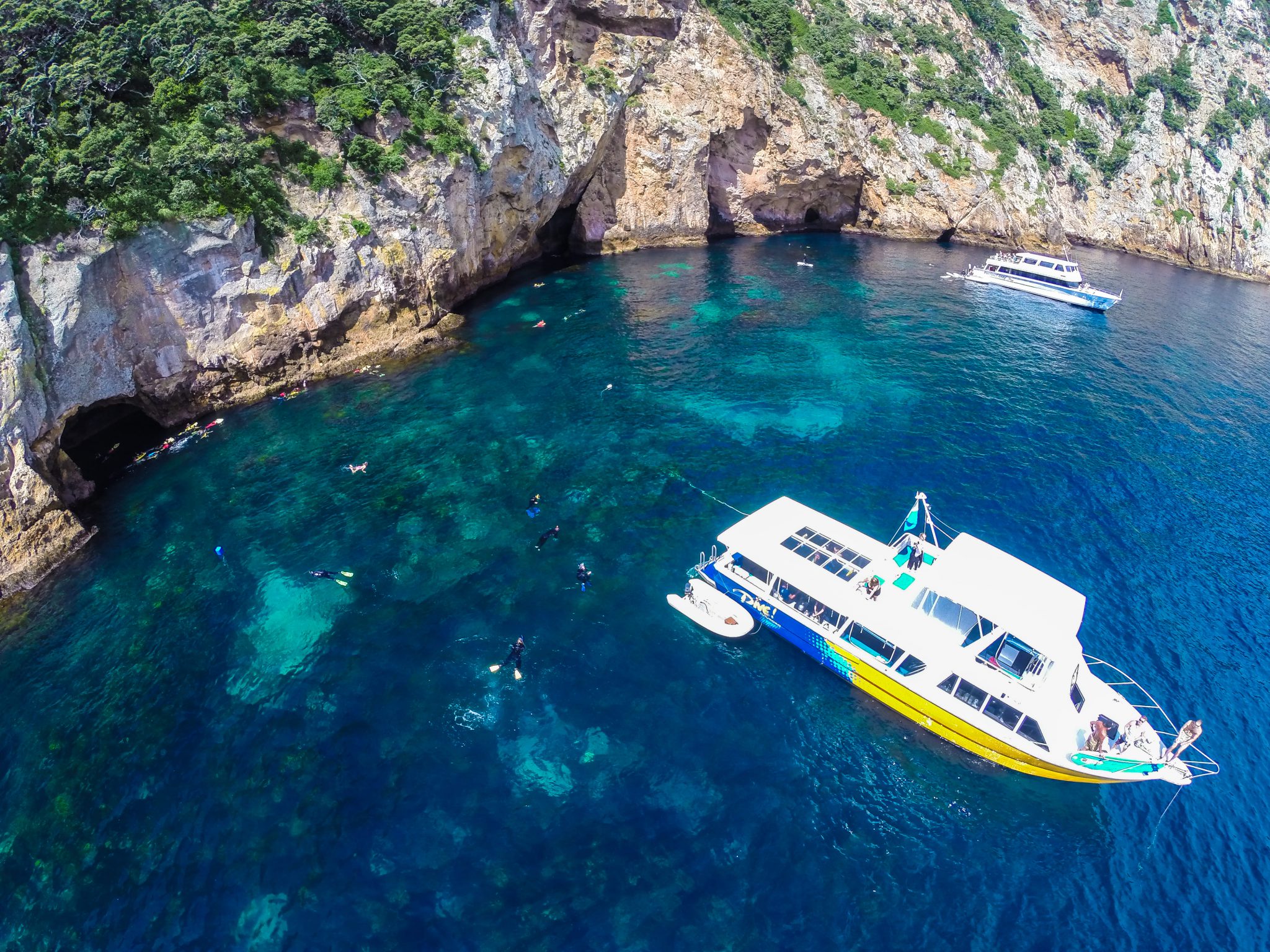 If you are looking for once-in-a-lifetime diving, Kaikoura attracts dusky dolphins, albatross, New Zealand fur seals, and sperm whales. A dive into these waters give you a once in a lifetime experience of swimming with these majestic sea mammals.

You can dive year-round in Kaikoura, though summer offers the best water temperature and climate for exploring the coastline and mountains during non-diving days. The water temperature ranges from 50°F (10°C) in winter to 62°F (17°C) in summer, so a 7 to 10 mm wetsuit or a drysuit is recommended.

Fiordland National Park lies within the Te Wahipounamu World Heritage Area and is known for its calm and clear water that offers excellent visibility.

Diving here is a unique experience. The sheer cliff faces of Milford combined with the regions heavy rainfall, results in a unique ecosystem to explore where black-coral trees flourish. Milford Sound is also home to abundant macro-life including nudibranchs and a variety of shrimps and fish. It’s possible to see several shark species here, including great whites, as well as dolphins and seals. The best time to dive is during the summer months for warmer air temperatures and less wind chill. Water temperature ranges from 54°F (12°C) in winter to 57°F (14°C) in late summer. A drysuit is recommended.

Located off the Coromandel Peninsula to the southeast of Mercury Bay this region is home to the remnants of a volcanic complex. The rugged and rocky dive sites offer tunnels, pinnacles and a variety of pelagic marine species including huge schools of mackerel which will leave any underwater photography in awe. The Mercury Islands offer moray eels, crayfish, abundant nudibranchs and stunning above-water scenery of white, sandy bays and rugged coastline.

This region is similar to Poor Knights and offers year round diving, although the best time to dive is during the summer months when water temperatures are warmest. Temperatures range from approximately 57°F (14°C) in winter to 70°F (21°C) in late summer. At least a 5 mm wetsuit with a hood is recommended in the summer, and a 7 mm or more in the winter, depending on your personal cold tolerance levels. 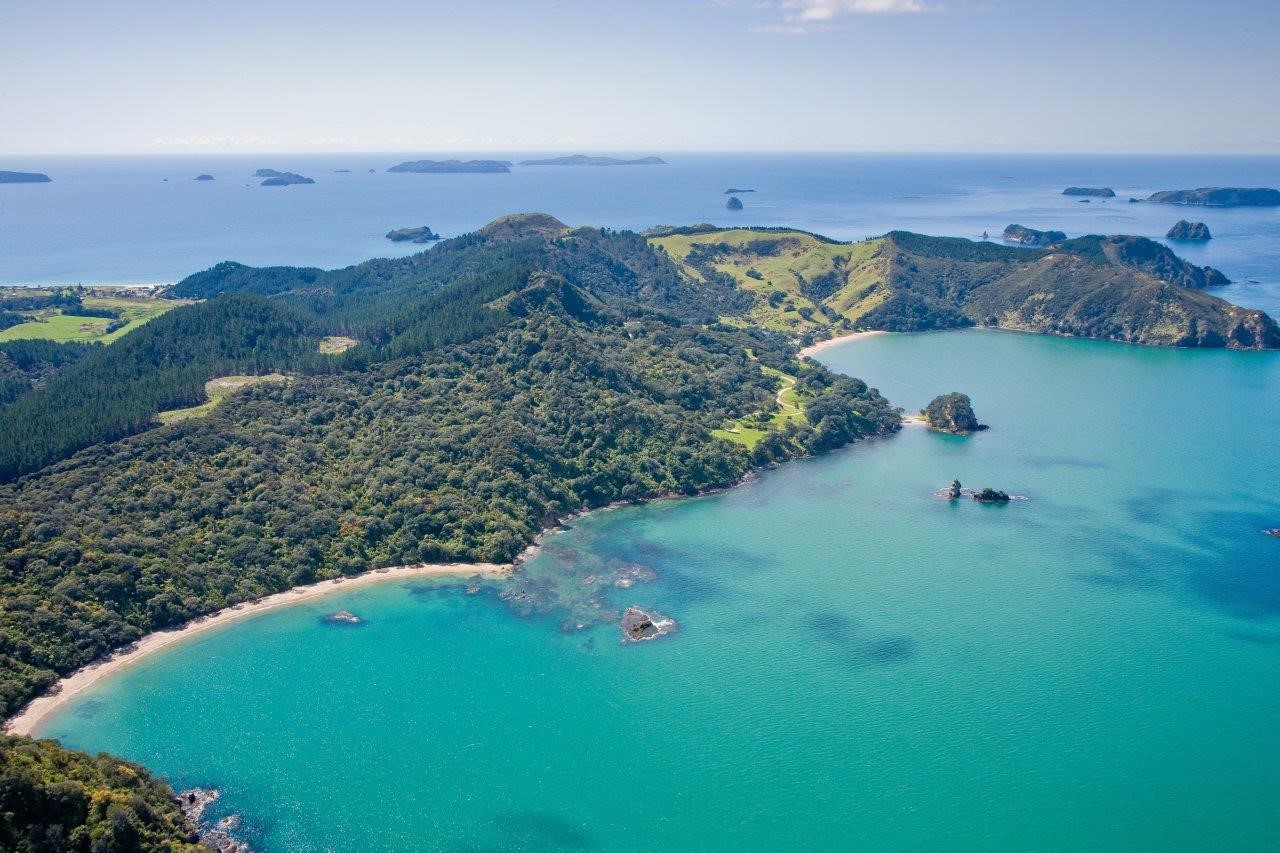 Kapiti Island is considered to offer the best scuba diving in Wellington. There is an enormous range of wildlife species on land, and underwater is just as varied.

The best times to dive are at the end of the summer from January through to June and a 7mm wetsuit is recommended.

The former research ship HMNZS Tui, lies in 100 ft/30 metres of water and was strategically sunk to make artificial reefs. Penetration dives are possible when diving this 203 ft/62 meter long wreck. There are purpose cut access and exit points to explore the control room, bridge, crew living quarters and engine rooms. Outside of the wreck, another highlight is the golden snapper which school above the ship.

Water temperatures range from 25-77 °F (19-25°C) during the summer months through to 14-17°C (57-62 °F) during winter. A 7mm wetsuit with a hood can be used year round, depending on your personal tolerance levels. A drysuit during the winter may be more comfortable.

Located in Matauri Bay in the Bay of Islands, the Rainbow Warrior was the flagship vessel for Greenpeace. She was sunk by the French foreign intelligence in 1985 while docked at the Auckland waterfront. The subsequent explosions resulted in the death of Fernando Pereira, a Portuguese-Dutch photographer. He had returned to the ship to gather his camera equipment after the first blast. After authorities refloated the ship for forensic examinations, it was relocated to Matauri Bay and scuttled as an artificial reef. It’s a popular wreck dive with not only an interesting history. The wreck also offers divers colourful jewel anemones, John Dory, kingfish, moray eels and crayfish.

The warmest water combined with the best visibility is from February to June. A 5mm wetsuit during the end of the summer and a 7mm wetsuit towards June is recommended.

Goat Island is home to a myriad of marine life including snapper, crayfish, and blue cod. You’ll also find a diversity of topographies from rocky shores that are exposed during low tide, to underwater cliffs, canyons, deep reefs, and sand flats too. Each habitat boasts its own highlights from seaweed forests, sea squirts, sponges and anemones through to shellfish. Goat Island has abundant opportunities for underwater photography.

The warmest waters are during the summer months when a 5mm wetsuit will be enough for most divers. For the cooler, winter months a 7mm wetsuit and hood are recommended.

Poor Knights Islands is renowned for being one of the best places to go scuba diving Auckland, year-round! The Poor Knights Islands Marine Reserve is where an unusual blend of marine life thrives against a backdrop of sheer volcanic seamounts. The unique dive sites here straddle the line between the tropical and temperate South Pacific, and they boast a unique mix of marine life from both regions. Three stand-out dive sites include:

Rikoriko Cave: Known for its nocturnal nudibranchs and carpet sharks. 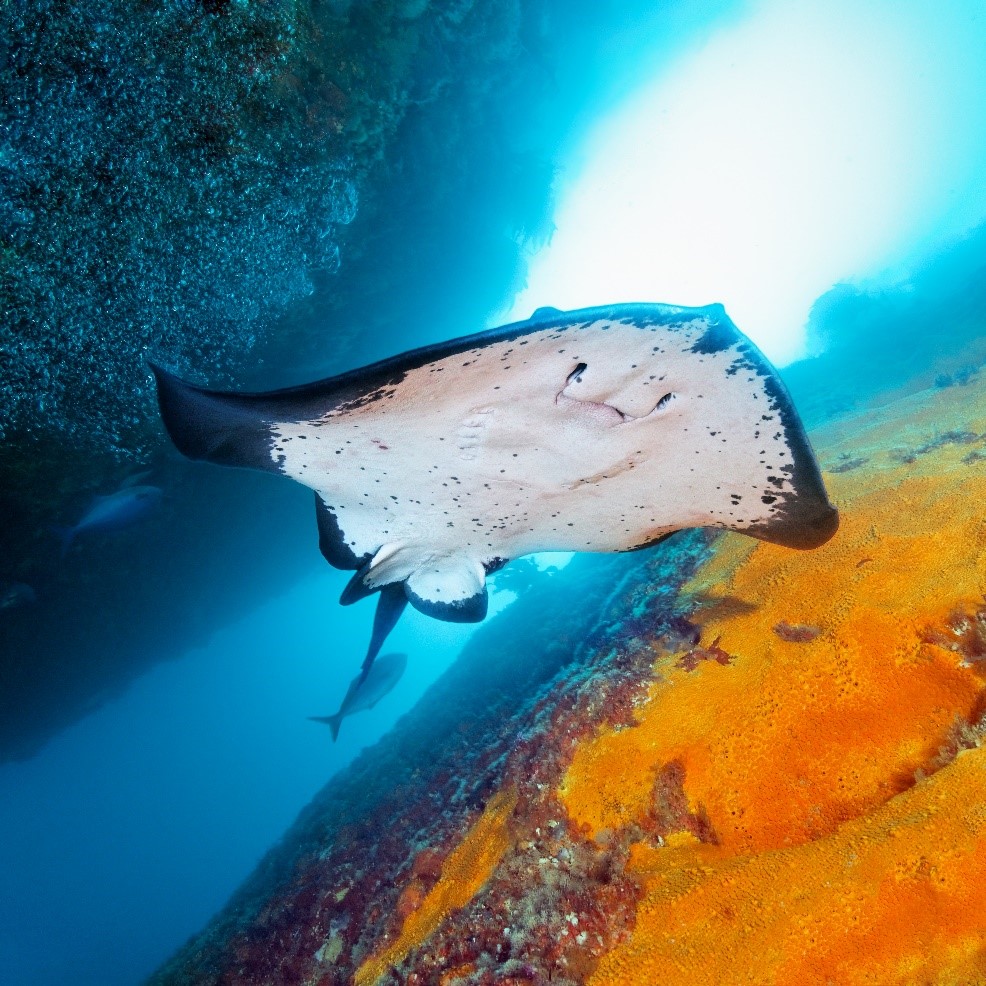 Originally built to protect the pier, this man-made wall has become a popular dive site. Along with the wrecks of scuttled boats, seals and kelp forests there is plenty to keep divers entertained here for dive after dive. Temperatures range here from winter 50°F (10°C) through to summer 65°F (18°C).

After striking rocks near Cape Jackson in 1986, the Mikhail Lermontov, came to rest on the sea floor. This 20,000-ton Russian cruise liner is one of the world’s largest and most dive-accessible wrecks, at 576 ft (176 m) long. A penetration dive on this wreck allows divers to access the ballroom while admiring the spiral staircases and chandeliers along the way.

The main diving season runs from October to April, with water temperatures ranging from 54°F (12°C) in winter to 68°F (20°C) in summer. A minimum 7mm wetsuit or drysuit is recommended and for warmest water plan to dive between February and April.

Are you feeling inspired to dive into New Zealand’s fascinating and exciting waters? Locate a local PADI dive shop and start planning your next underwater adventure!