50 Fascinating Facts About the Ocean [Infographic] 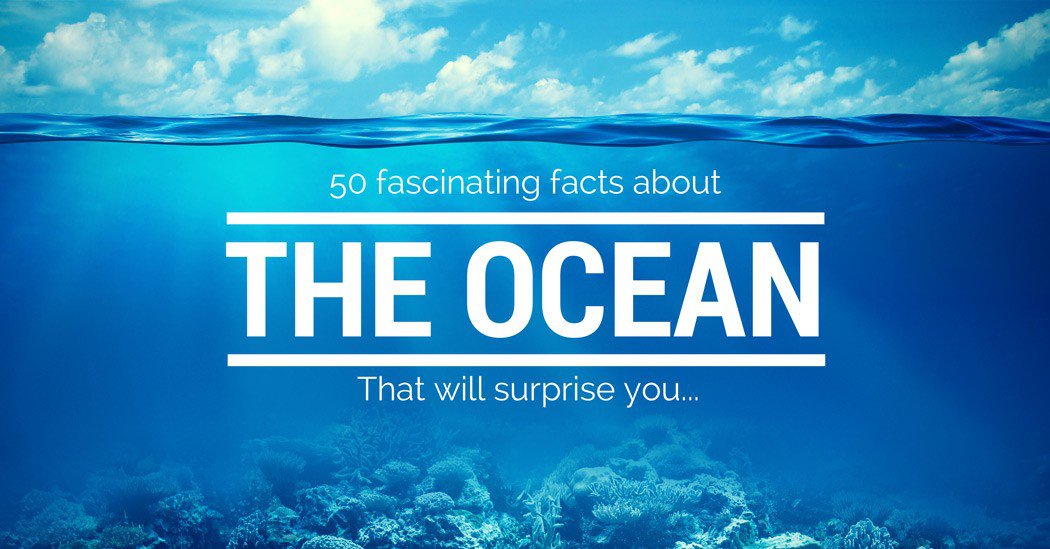 The Earth’s oceans are a world of mystery, magic and beauty.

It’s this apart from anything else that lures divers into their depths. There is a seemingly endless array of fascinating facts about our oceans. Many of these facts are incredibly interesting, but some will defy your imagination.

There’s a reason why we love our oceans so much

It is nothing short of captivating to read through scientific facts about this magical world. However, it is also somewhat humbling to realize just how little we do know about the oceans. It’s tantalizing to think about just how much more there is to discover. From the mesmerizing marine life to the waters themselves, it seems as though we will never know all the secrets of the sea.

How dependent are we really on our oceans?

It’s more than just trivial facts. The majority of the Earth’s surface is covered by oceans. These oceans contain almost all of the water on Earth. This means that the oceans are of paramount importance when it comes to our survival. A lot of the oxygen that you breathe is produced by the ocean.

Furthermore, the oceans are not just important for our survival. Most habitats can be found beneath the waves; habitats that are home to more major animal groups than dry land. And yet we know that we have only mapped and recorded a small percentage of this underwater world.

If nothing else, this gives us some perspective regarding our role on Earth. The dry land that we tend to think of as our planet pales in comparison to the oceans. The vastness and diversity of our seas tests our limits in terms of imagination, knowledge, and skill. It is this that draws divers to explore the depths. It is only once you are below the waves that you can begin to fathom – even slightly – what a miracle our oceans are.