Ready for some spooky ocean stories to tell before your next night dive? Today’s post includes tales of ghost ships and sailors’ superstitions. Heed these tales or find yourself in Davy Jones’ locker!  For those who dare to read on, we’ll share some of the world’s eeriest places to dive.

The most famous ghost ship is arguably the Flying Dutchman. She disappeared rounding the Cape of Good Hope in a storm in the mid-1600’s. According to legend, the captain was cursed and now his ship and crew must sail the seven seas forever.

Though the ship disappeared in the mid-1600’s, There have been reported sightings in both the 19th and 20th century. The most famous report came from future King George V of England in 1881.

“At 4:00 AM the Flying Dutchman crossed our bows, a strange red light as of a phantom ship aglow. Thirteen persons altogether saw her…”

Spoiler alert: it’s likely the sailors saw a mirage, but we think the legend is more fun. That said: if you enjoyed learning about refraction in your Open Water class, you might find this description of Fata Morgana worth a read. 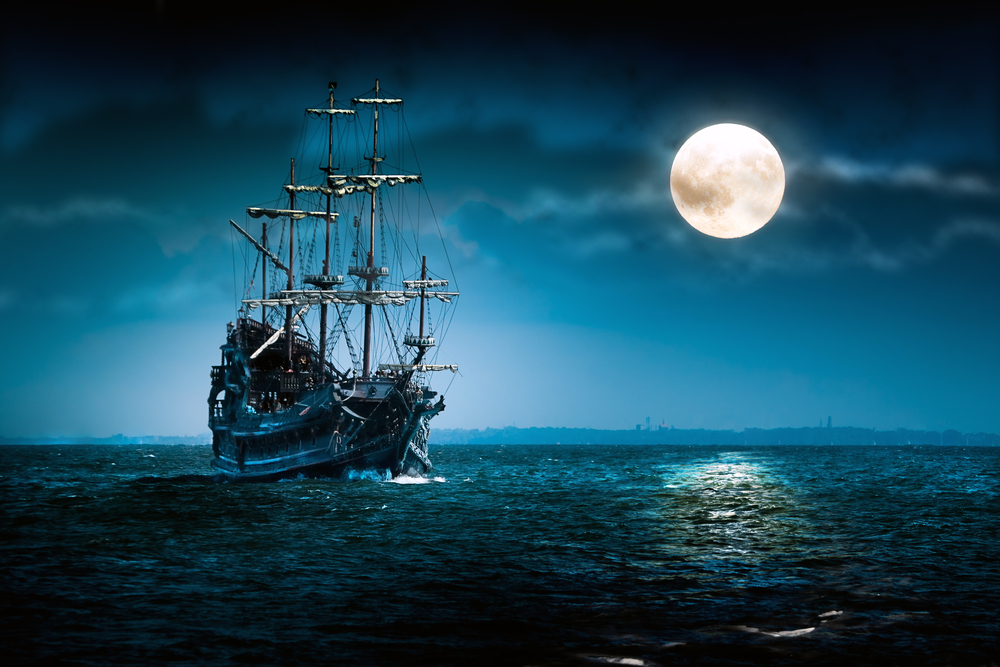 Now on to the burning ship of the Northumberland Strait!

As far back as 1786, a burning ship was reported in the waters off Prince Edward Island, Canada. The ship, consistently described as a three-masted schooner on fire – has no known origin. The most recent sighting occurred in 2008, unless you count the hundreds of people who saw the ship on a postage stamp.

Those who’ve seen the ship claim they saw crew members climbing the ship’s masts, and numerous reports mention the sound of gunfire. Whatever it is appears so real that rescue parties have been sent out, only to have the ship disappear.  One possible explanation was proposed by an astronomer, but it doesn’t explain numerous mid-day sightings.

Intrigued? Here is a short video about The Burning Ship of Northumberland Strait:

Our third legendary ghost ship is the Mary Celeste. She set sail in November 1872 and was found less than a month later off the Azores sailing, but abandoned. The ship was seaworthy and had six months worth of food and water in the hold. So what happened?

The crew’s personal effects and valuables were untouched, as was the cargo (ruling out pirates). One lifeboat was gone, but that doesn’t explain why the captain and crew would abandon a perfectly good ship. To this day, no one knows for sure what happened. Read more about the Mary Celeste.

If you’d like to dive the Mary Celeste….well, unfortunately you can’t. But there is a Mary Celeste wreck dive in Bermuda (along with many others) waiting to be explored. If you enjoy wreck diving, or are interested in obtaining your PADI Wreck Diver specialty, Bermuda is a great spot. With more than 300 wrecks at an average depth of 40ft  /12m – 50ft /15m it’s a great place to dive deep into history without diving too deep. 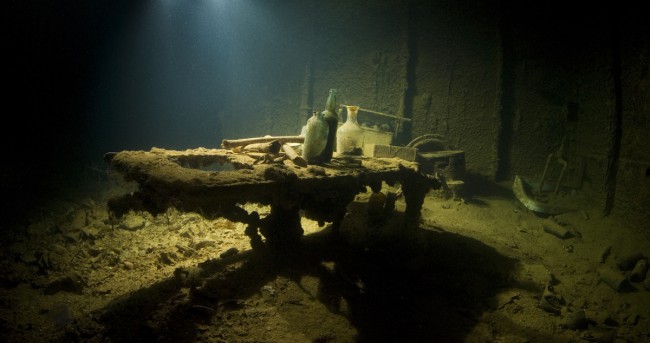 Another popular wreck diving destination is Truk Lagoon. Beneath the waters of Chuuk is an entire Japanese WWII military fleet. Most of the wrecks are deep – 90ft / 27m – 120ft – 36m on average.  But if you like taking eerie photos, this is the place to go.  An online search for underwater images of Truk reveals coral-encrusted tanks and airplanes, along with creepy gas masks and bones of Japanese soldiers.  Before diving Truk, you’ll want a PADI Deep Diver certification, or even technical dive training in addition to a wreck diving certification.

For a spooky underwater experience on the lighter side, try a night dive at one of the underwater statue gardens in Cancun or Grenada. Designed by British sculptor Jason deCaires Taylor, the statues are based on real people. Learn more about these unique dive sites and contact your local PADI® Dive Shop to learn more about night diving.

Speaking of night: in researching this post on ocean stories, we learned a few things about sailor’s superstitions. You’ve likely heard, “Red sun at night, sailors’ delight. Red sun at morning, sailors take warning.” But how about unlucky bananas? That’s right, bringing a banana on board is meant to be bad luck. Redheads and women – also unlucky, but, so was personal grooming. So ladies, enjoy your banana elsewhere! 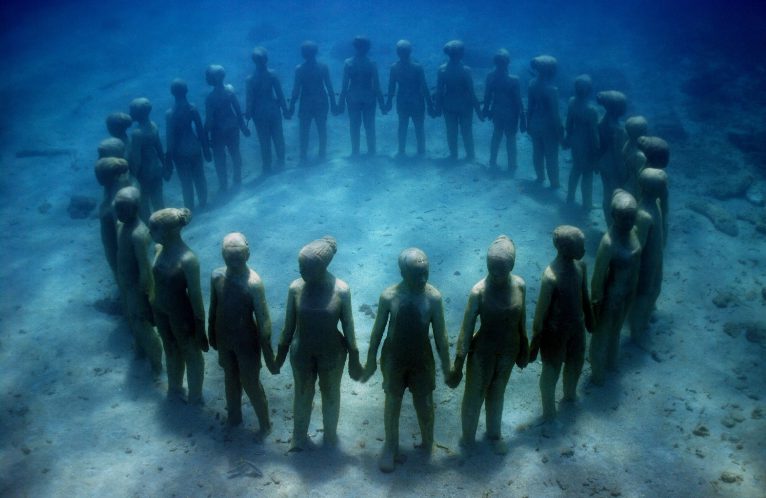 We’ll leave you with one final ghost story, one from the not-so-distant past. Several years ago, a security camera inside PADI caught some strange footage. There was no sign of forced entry and the alarm wasn’t triggered. To this day no one can explain this.