Cave Dives to Try This Halloween (Or Any Time of Year)

If there’s any time of the year to try something that scares you, Halloween is it – but really, why limit it to that? Cave diving truly is an adventure, and we’ve picked out some of the best spots to try it. 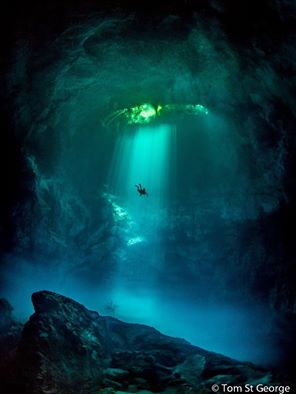 Photo of ‘The Pit,’ in Mexico’s Yucatan Peninsula, by Tom St George – Winner of the PADI® 50th Anniversary Contest

Diving in cenotes is an otherworldly experience – and in Mexico’s Yucatan Peninsula you’ll find over 3,000 of these beautiful water-filled caves. Not all of the cenotes are accessible for diving, but the ones you can dive in offer challenges for divers of all levels.

The freshwater caves are formed by rain falling through limestone. Over millions of years, the water dissolves the rock under the ground creating a network of rivers and lakes.

These two circular cenotes that sit quite close to each other are named for their resemblance to two eyes. This underwater cave system is one of the 10 longest in the world.

This is one of the most popular dive sites in the area. The spectacular stalagmites and stalactites decorate the underwater landscape and here you will find both cave dives for PADI Open Water Divers as well as more advanced dives for PADI Cavern Divers.

A popular destination for technical and cavern divers, Emergence du Ressel contains some of the longest and deepest dives. The cave starts in the River Cele and splits into two passages, which is then followed by a descent to about 45 meters (147ft). This dive requires a lot of experience and in parts can reach depths of 70 meters (230ft).

Don’t let the topside view fool you, Fish Rock Cave has so much to offer divers below the surface.

If you’re looking for exquisite marine life along with your cave dive, Fish Rock Cave in New South Wales, Australia is for you. Throughout most of the year, you can see the critically endangered Grey Nurse Shark at the shallow entrance to the cave. You’ll also have the chance to dive alongside turtles, rare black coal gardens, clownfish (and of course anemones) and large stingrays.

Mt Gambier, a small inland town in South Australia, is home to some truly beautiful cave diving sites. Roughly half of these sites are found on private property however the Cave Divers Association of Australia have negotiated with landowners to gain access to many of the sites.

In the middle of a sheep farm, you’d hardly expect to find a famous dive site – but that’s exactly where Kilsby’s sinkhole is. The 65 meter (213ft) deep limestone cavity in the middle of Graham Kilsby’s farm attracts tourists to the area. The clarity of the water and the way the beams of light pierce through the surface makes the diving experience like nothing else.

Piccaninnie Ponds, another popular dive site in the Mt Gambier Area is perfect for both novice and experienced divers. There are two main ponds, both of which are connected to the sea by shallow narrow channels. There is easy access via a jetty, and upon entering the first pond you’ll be greeted by the extraordinary underwater trench known as ‘The Chasm.’ Past the Chasm, divers can enter the ‘Cathedral,’ – truly a spectacular sight. 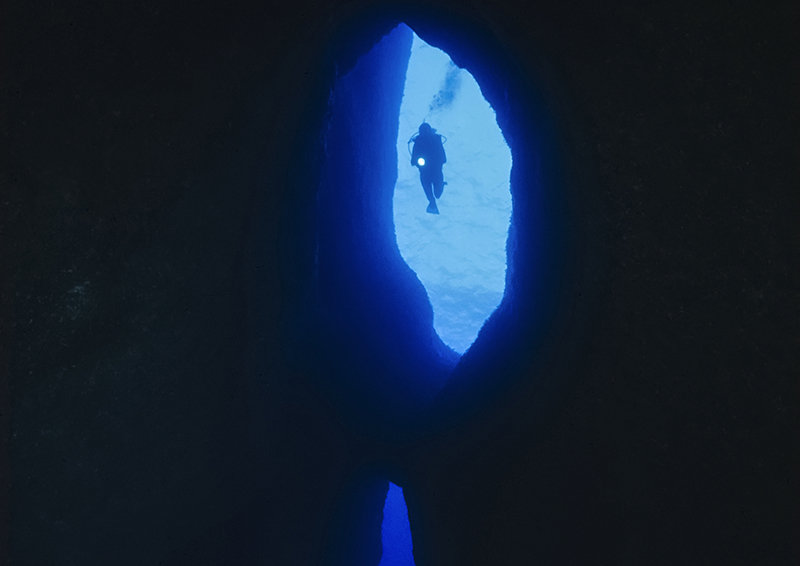 Found under the limestone cliffs of Capo Caccia in Sardinia the Grotta di Nereo is the largest underwater cave in the Mediterranean. There are around 10 different entrances and dives for all levels. The walls of the cave are covered with brilliant red corals and many lobsters, cicadas and eels call it home.

To get prepared for your next adventure, become a PADI Cavern Diver.

4 Ways Freediving Will Change Your Life