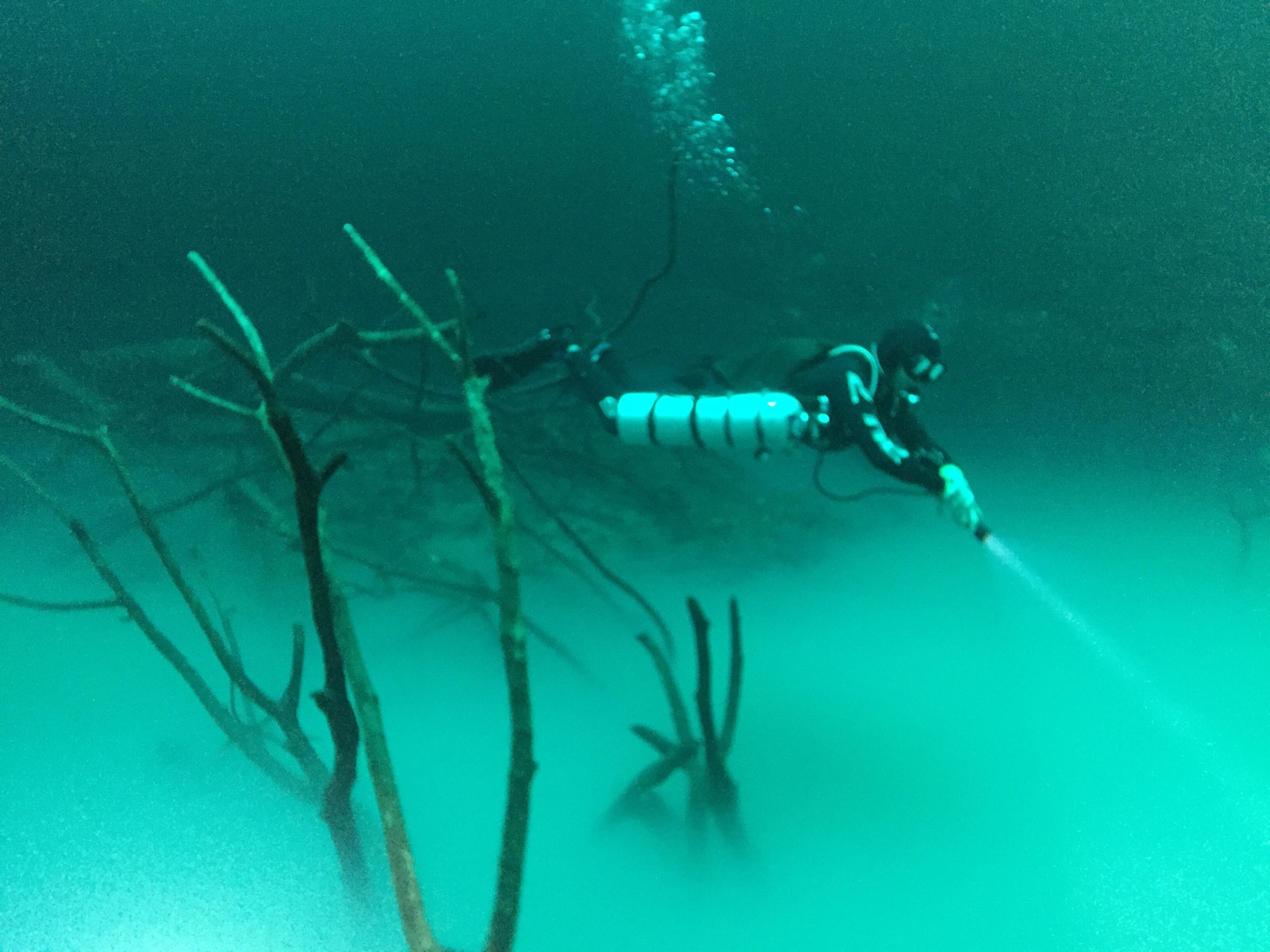 I was fourteen years old when I first saw a photo of the cenote Angelita. I’d always loved the ocean, but that was the moment I first remember knowing I wanted to learn to scuba dive. I stared at it for what felt like an hour, mesmerized by the tree emerging from the eerie cloud of hydrogen sulfide. The photo was labeled the underwater river because of the way the gas layer and dead vegetation made it look like a river bank in the middle of winter. 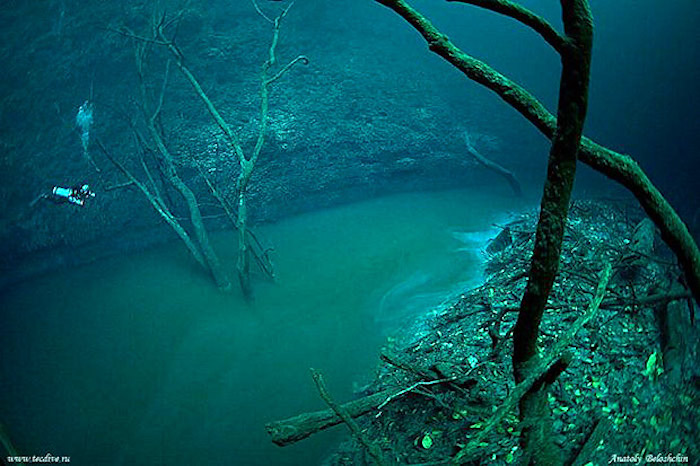 Cenotes are sinkholes formed by limestone collapsing into the groundwater below. The Yucatan Peninsula in Mexico is famous for these underwater caves and caverns, with the Pit being possibly the most well known of them. As an uncertified teenager who’d never been to Mexico and who thought Angelita’s 100-130ft was impossibly deep, I assumed I would never get to see it for myself. Still, I’d fallen in love with the idea of diving and had a surprisingly easy time convincing my parents to get us all certified.

Fast forward ten years and my parents asked if I’d be interested in going to Mexico with them for Christmas. I realized Angelita was within an hour of where we were staying, and immediately started searching for a dive shop to take me there. Soon I found Dive Cenotes Mexico and we booked dives with them for Angelita, Dreamgate, the Pit, and Dos Ojos. 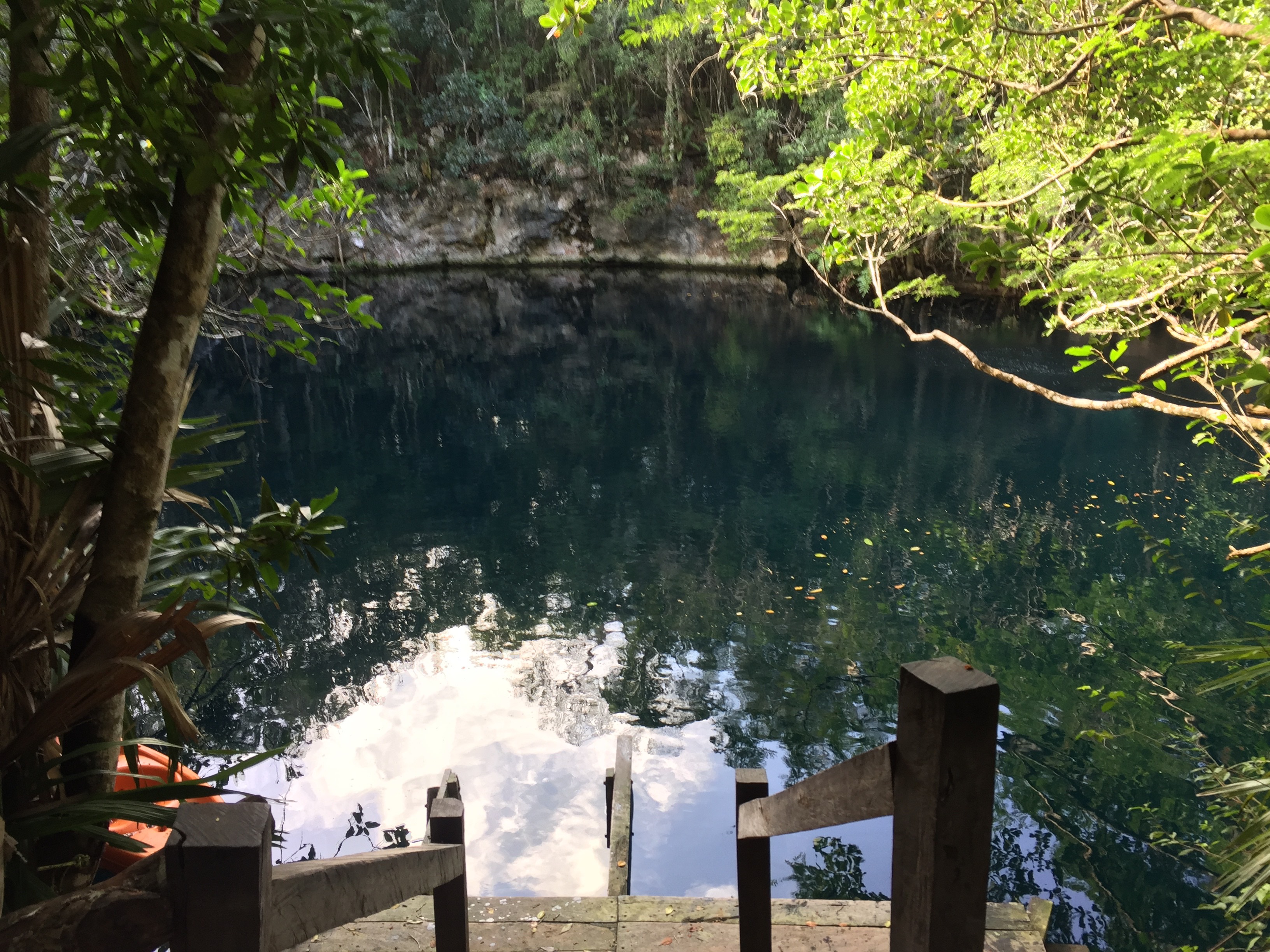 Angelita was the first one on the list. My parents booked me the dive for December 25th as the best Christmas present ever, and it was the most excited I’ve been for Christmas since I was a kid.  My guide, Susanne, showed me a map of the cenote and we went over the dive plan. We would dive to 90ft to get to the gas layer, and then if I was comfortable with it we would dip below the clouds into the dark saltwater layer for a few moments before slowly ascending and checking out some small swim-throughs along the walls of the sinkhole.

The short walk on a jungle path to the cenote opening was gorgeous, and the surface of the cenote was so peaceful. As we took some stairs down to the water, Susanne told me that the stairs were new, and before you would have to rappel down a steep hill while wearing your dive gear to get there. Many of the cenotes have been made more accessible recently, which the resident divers have split opinions on. It makes it easier to dive, but also slightly increases the crowds. The shop had recommended we go on Christmas so that we could  try to have the cenote to ourselves, which we did.

As you dip beneath the surface, the water is a little cloudy, but a few feet down the visibility opens up and you can see everything. As the tree came into view I couldn’t stop smiling. I was so happy the entire dive that I kept flooding my mask from laughing, though that’s a pretty common problem for me. This dive had been the number one thing on my list of life experiences I’d hoped to have for so long, it hardly felt real to be there in person. 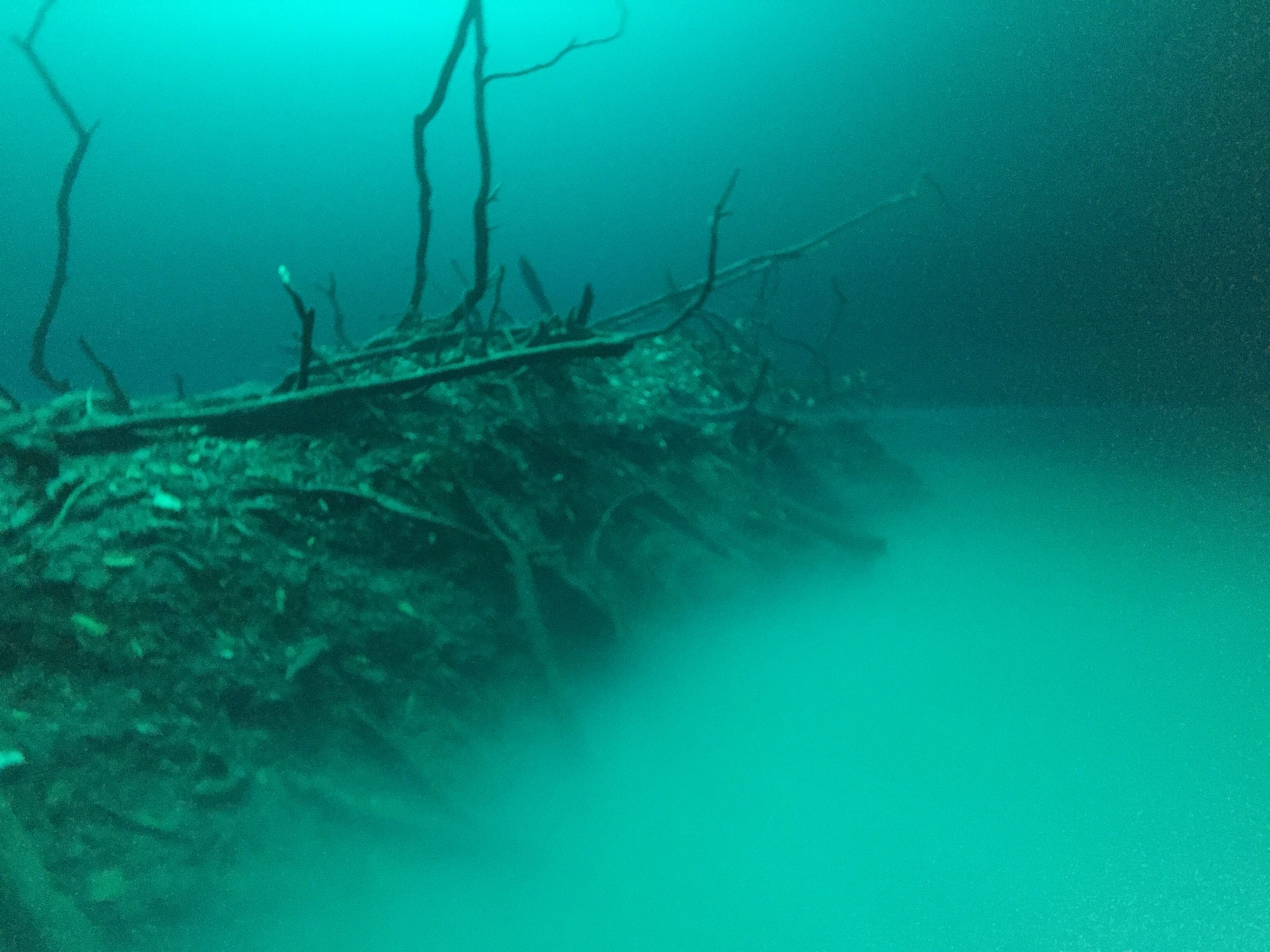 My guide was worried I would be disappointed with Angelita since the open creepy vibe is so much different from the more popular cenotes, but it was everything I’d hoped it would be. I couldn’t stop smiling the rest of the day. The other dive sites I did in Mexico were also amazing, including a no-feed bull shark dive led by Bull Sharks Diving Center, but Angelita will always stand out to me. Visiting the exact place that inspired me to dive was an indescribable experience, and I’ve spent every day since then wanting to go back and do it again.

I’m so happy I finally got to dive here, and I would recommend cenote diving to anyone in a heartbeat. Now that I’ve crossed that off my list, let me know what dive site should be next on my dream list!

Want to see more of the cenotes? Check out the Edge of the Sea – Diving the Cenotes in Mexico.