Guidelines for Underwater Photographers: Do No Harm 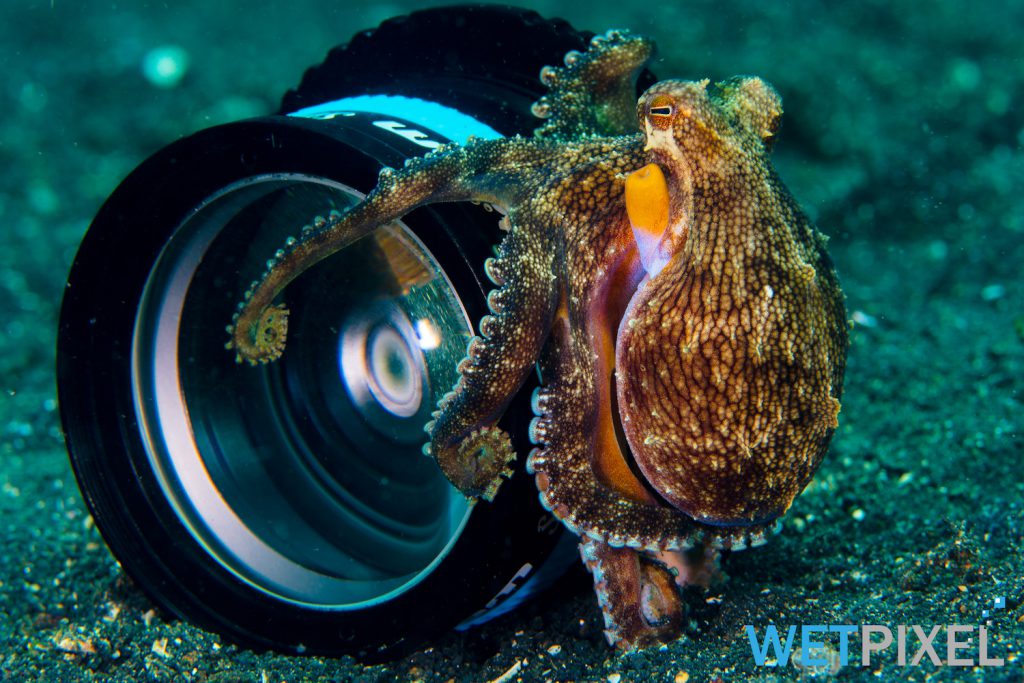 Very few underwater photographers will deliberately set out to hurt or damage the marine environment and the creatures that live within it. However, every time we venture underwater, our simple presence has an effect. Underwater creatures of all sizes need to conserve their energy and use it as efficiently as possible. Simply preventing an animal from reaching safety in the reef, disturbing them as they bury in the sand or interrupting their normal feeding behavior has an impact.

To prevent inadvertent damage to the underwater world, photographers need to not only develop superior diving skills, but also the ability to research, observe and understand how marine life behaves. This has the added advantage of allowing a subject’s behavior to be predicted accurately, allowing the photographer to be in the “right” place at the right time. 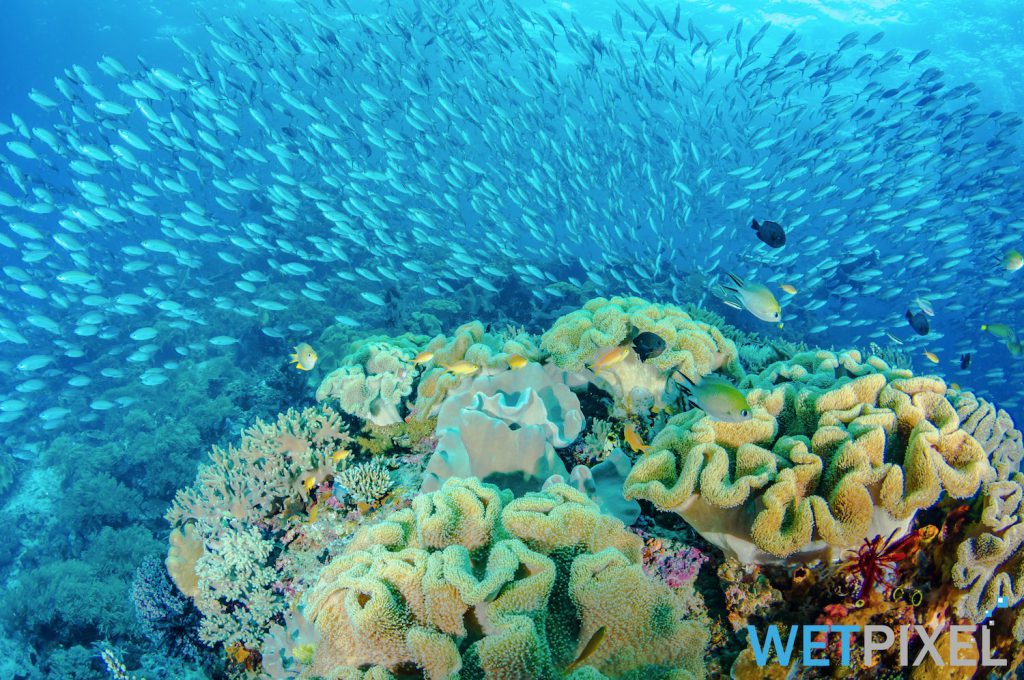 Returning to those dive skills for a moment, if the photographer cannot capture the image without damaging the environment, then the image should not be taken. No image is ever “worth” damaging fragile reefs or precarious ecosystems.

Our job as underwater photographers is to use our photographic skills to record and interpret what we see underwater. Certainly, we should use our artistic skills to create beautiful or striking pictures of the undersea world, but capturing images that do not represent what is naturally occurring is fundamentally dishonest and is hence unethical.

Photographers who persist in questionable practices will often justify their actions around what others (photographers, filmmakers, fishermen etc.) do. They will say that their actions are “less” bad than those of others. Fundamentally, this belief is flawed and we should be judged by our own actions, not justify them by pointing out that others do “worse” things.

Similarly, in some areas dive guides may have been encouraged by others to act in ways that go beyond simply pointing out potential photographic subjects for their clients. If this was to occur, it is important to let them know that you do not find this acceptable. Underwater, this may just be a shake of the head or “wave off” hand signal, followed by a polite explanation of how you want to interact with the environment once you return to the surface. 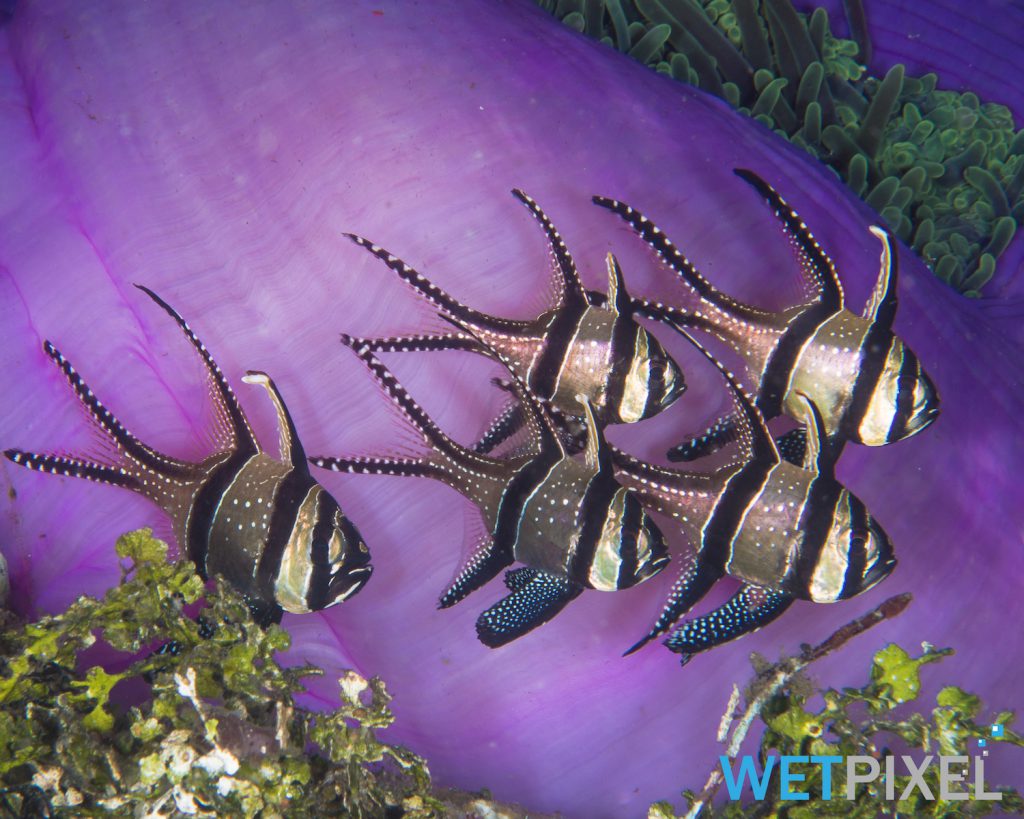 It is good to know that the harassment of creatures is rightly considered unacceptable by the majority of underwater photographers. Physically moving or repositioning animals in order to obtain a better image, showing them doing things they would not naturally do and changing the marine environment to create a more pleasing image are not only ethically wrong but are also fundamentally dishonest. To misrepresent any image and the circumstances of its capture is morally questionable, in the case of manipulated subjects, those that do so are rarely willing to admit that they are done so.

As examples, octopuses rarely venture up into the water column, preferring to stay close to the reef. On the rare occasions that they do so, they are actively swimming, so if the image depicts “waving” tentacles, it is highly likely that the animal has been picked up and dropped in order to obtain it. Octopuses do not naturally “ride” on turtles. Boxer crabs live and hide in reef rubble, so an image of one out in the open is likely to have been captured by physically placing it there. 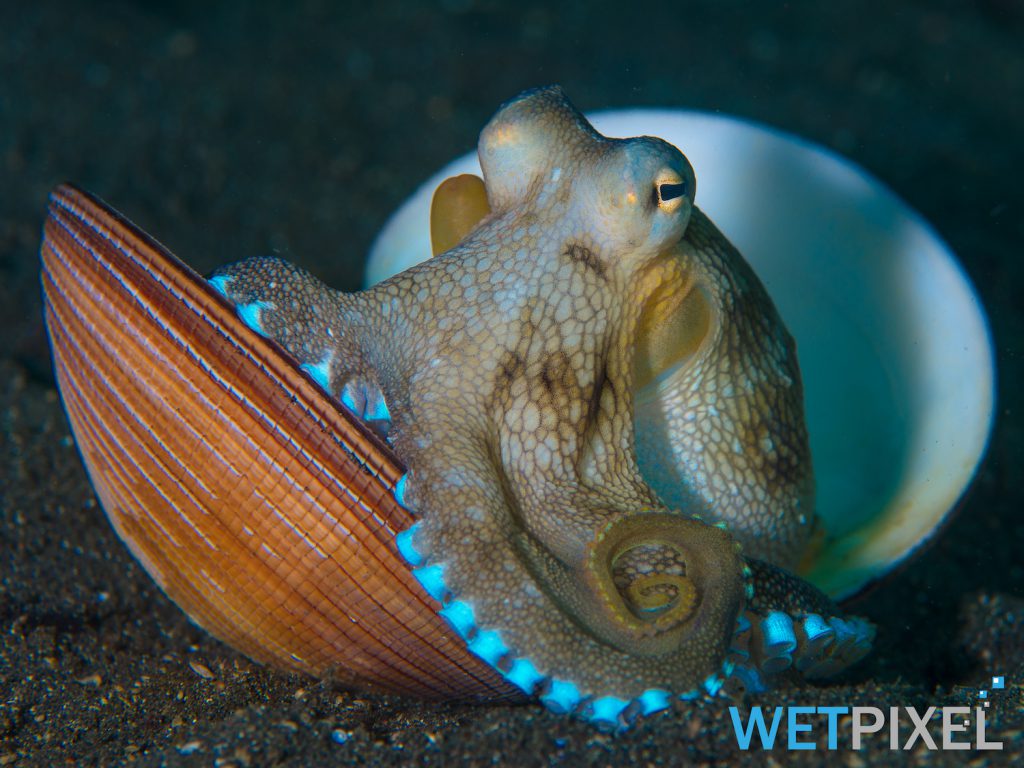 There are some magical times when wild animals chose to interact with humans. Each of these are amazing and life changing events. To be able to also capture them with a camera is a real privilege.

For example, grey seals (Halichoerus grypus) on the UK’s North East coast actively seek interaction with divers and seem to enjoy it as much as we do. Images captured there often show wild animals interacting physically with divers.

The key here is that the animal should actually seek the interaction and/or should have the choice on whether to interact or not. There is nothing wrong with a photographer joining a group of dolphins as they frolic in the ocean, but if they move away or are disturbed by his or her presence, the photographer should not chase after them. 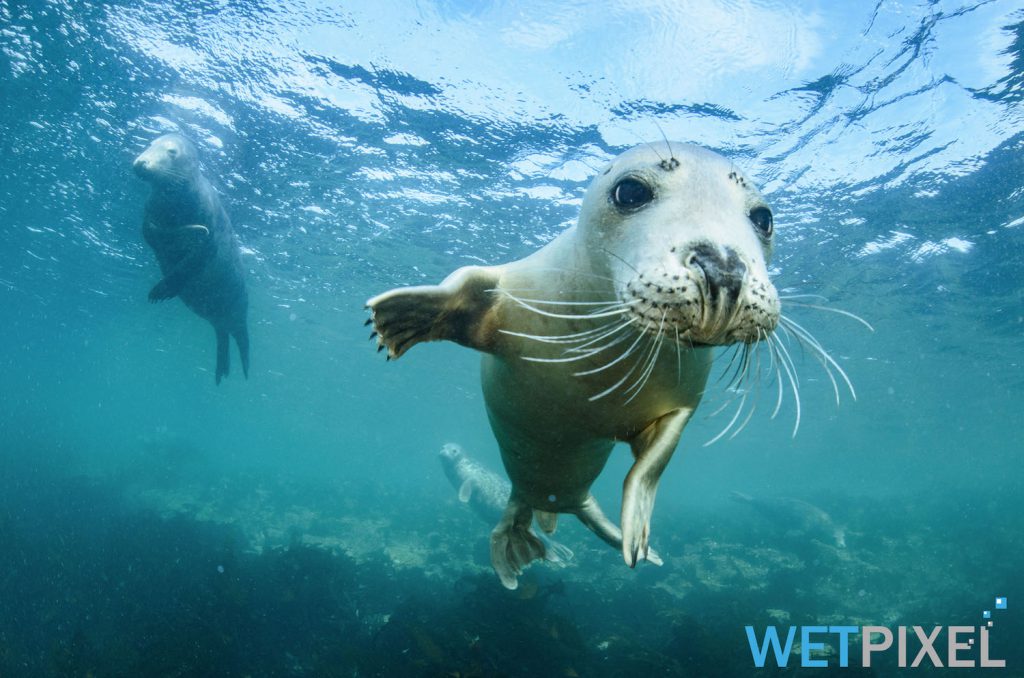 Choose how you browse

In our internet connected, social media oriented lives, it is easy to see huge number of amazing underwater images. When browsing, there is a simple rule: “If a behavior seems unbelievable, it probably is!”

However, the oceans are an amazing place, and sometimes things do happen that are unique and unexpected. Sometimes a photographer may be fortunate enough to capture this. If we come across imagery that seems to show behavior that we feel may be questionable, we should be prepared to question how it was captured, and be open minded about the photographer’s explanation. At the same time, this is an opportunity to research and find out more about the amazing inhabitants of the underwater world.

Underwater photography allows us to share the amazing things we see underwater with people on the surface. It is up to us to ensure that the images we share have been taken in a way that is honest and sensitive to the environment. Similarly, if we see images that we think may have been captured in a way that may have been damaging, we should be prepared to find out whether this is the case and if it is, to suggest that it is unacceptable to behave in this way.

Are you a new underwater photographer? Check out these tips for Getting Started in Underwater Photography.

The Amazing Marine Life of the Philippines