We know there’s an issue with marine litter, especially plastics. Last May it hit the news in a massive way when an estimated 38 million pieces of plastic waste were found on uninhabited Henderson Island in the South Pacific.

We’ve written blog posts about documenting microplastics, the effect of plastic pollution on the environment and how to reduce plastic waste (to name a few). But this isn’t just a marine issue, it’s a global one. Highlighted by the fact that this year’s Earth Day, on the 22nd April, is focused on an ‘End [to] Plastic Pollution’.

So how can we effect an end to plastic pollution?

As divers we have a unique opportunity to tackle the plastic problem from under the ocean. From taking part in Dives Against Debris and beach cleans to using our passion and first hand experience to insight change in our non-diving friends and family. However, what if you’re a diver who lives inland? (We know there are a lot of you!). What about taking the beach cleans inland? Our land based PADI and Project AWARE staff have been busy this week when Whale and Dolphin Conservation (WDC) brought their ‘Urban Beach Clean‘ to the office.

What is an Urban Beach Clean?

The basic premise of this is to bring the massively popular idea of a beach clean into more urban environments and so highlight the correlation between trash in the urban environment and the plastic issues in our oceans, as WDC explain on their website:

Did you know that up to 95% of the litter in our oceans actually comes from our towns, cities and villages, making its way to the sea through rivers, drains and waterways? And it’s not just people deliberately littering – rubbish put in the bin or placed out for recycling can still find its way to the ocean, often as a result of overflowing bins or high winds.

The positive news is that this means we can all make a difference – whether we live close to a beach, or not. By picking up a plastic bottle or sweet wrapper where you live and making sure it gets recycled or disposed of correctly, you are directly helping to protect whales and dolphins from the threat of plastic pollution.

We were excited to start but were quickly surprised, and horrified, at the amount of trash located around our local area – it seems to become invisible in day to day life. But once you start looking it’s everywhere!

The two items that we were surprised to see the most of were cigarettes and crisp packets – both of which are light and easily blown around by the wind. And, more distressingly, both are full of plastic and take hundreds of years to degrade, if they do at all. 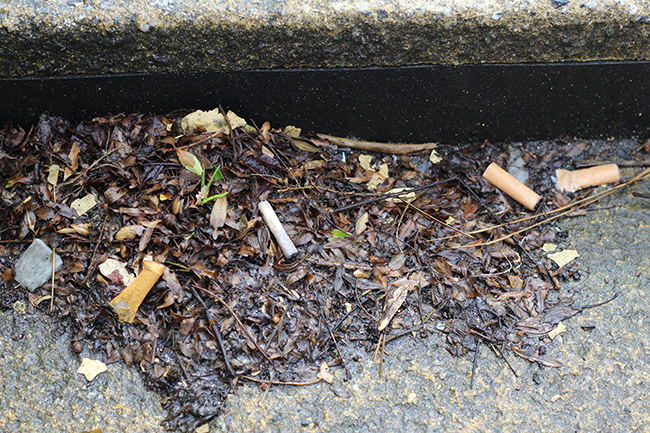 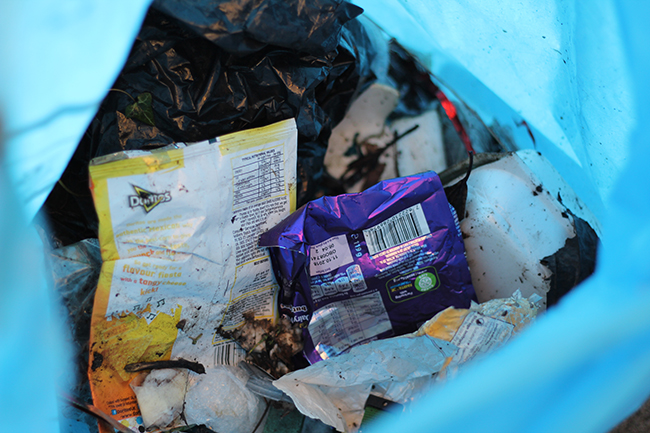