4 Endangered Marine Animals (and How Divers Can Help!)

Marine wildlife populations are declining faster now than they ever have, with some reports suggesting a sobering 50% decline in the past 40 years. As ambassadors of the ocean, scuba divers have a responsibility to be informed and aware about things that threaten the sea. In this post, you’ll learn about a few endangered marine animals, the reasons for their decline, and how you can help. 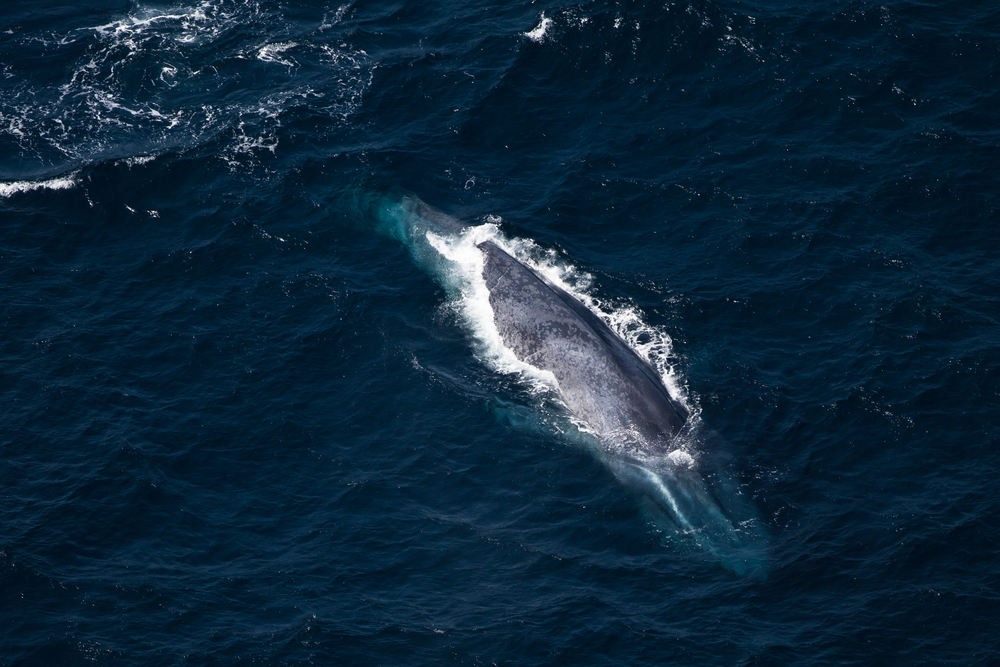 Blue whales are the largest and loudest creatures on earth, but they’re at risk of being silenced forever. Commercial whaling activities worldwide depleted the population significantly in the 1900s. Because these animals have a long gestation period (10-12 months) and reproduce approximately every two to three years, it has been hard for the population to come back. Today, the primary threats to the blue whale are vessel strikes and fisheries interactions. Organizations such as NOAA study migration patterns and guide ships around migration paths to avoid collisions. 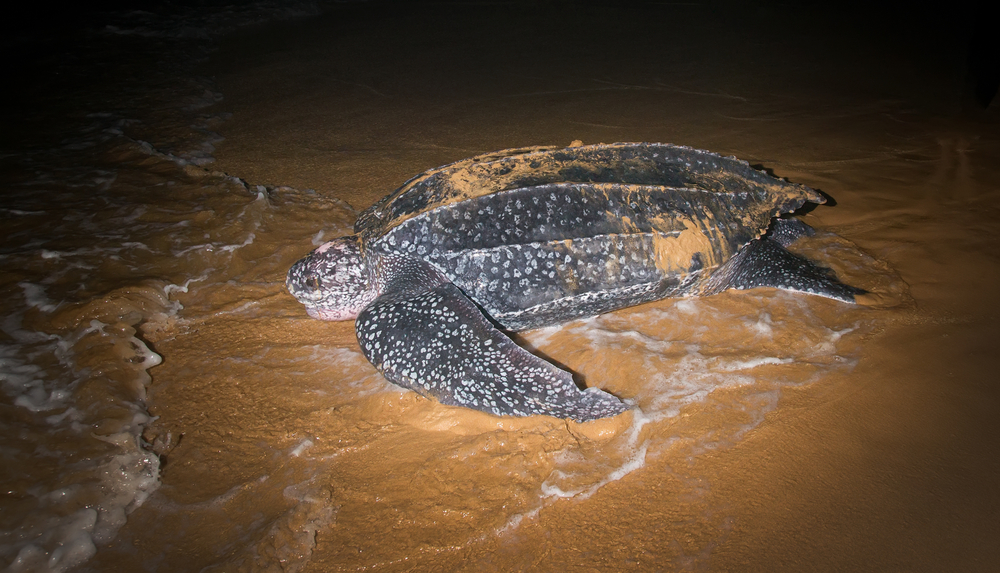 The largest turtle and one of the biggest living reptiles, the leatherback turtle can grow to be 6.5 feet/2 meters long.  Worldwide, the leatherback turtle population is estimated to have decreased by 40% over the past three generations. Humans, who harvest them for their meat, shells, and eggs, threaten the population. Gillnets, long lines, and other fishing practices all contribute to the decrease in population. If that weren’t enough, plastic bags in the ocean, which resemble their favorite food, jellyfish, also harm the leatherback and other turtles. 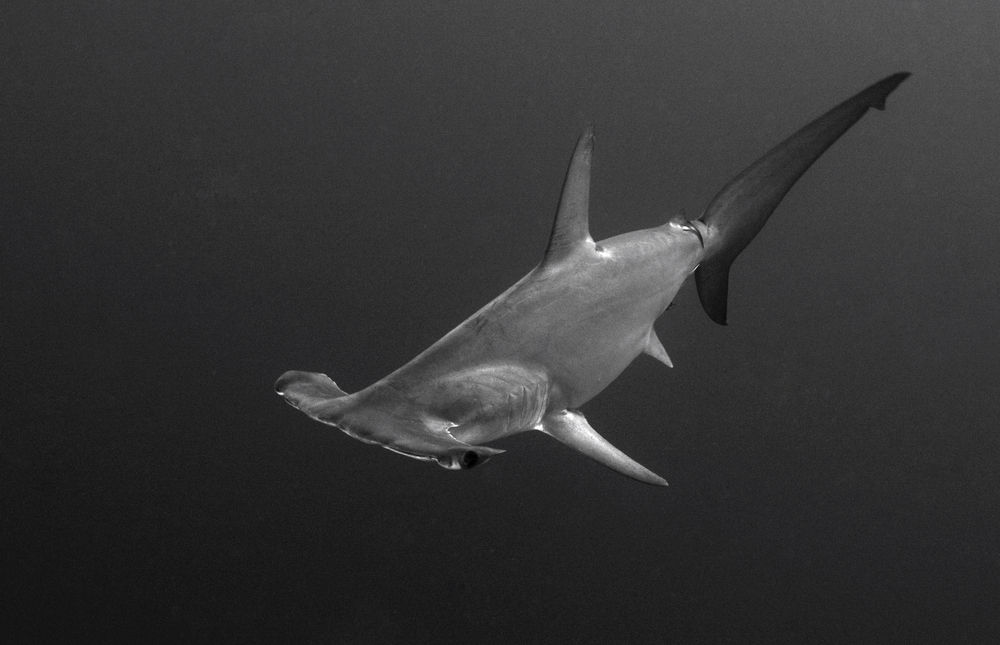 According to the IUCN Red List of Threatened Species, scalloped hammerhead populations have declined upwards of 50-90% in the past three decades. Highly desired for their fins by artisanal fisheries, the lack of shark finning regulations coupled with the fact this species is slow to produce have landed these sharks on the “globally endangered” species list. In 2014, the scalloped hammerhead became the first species of shark to be protected by the U.S. Endangered Species Act. 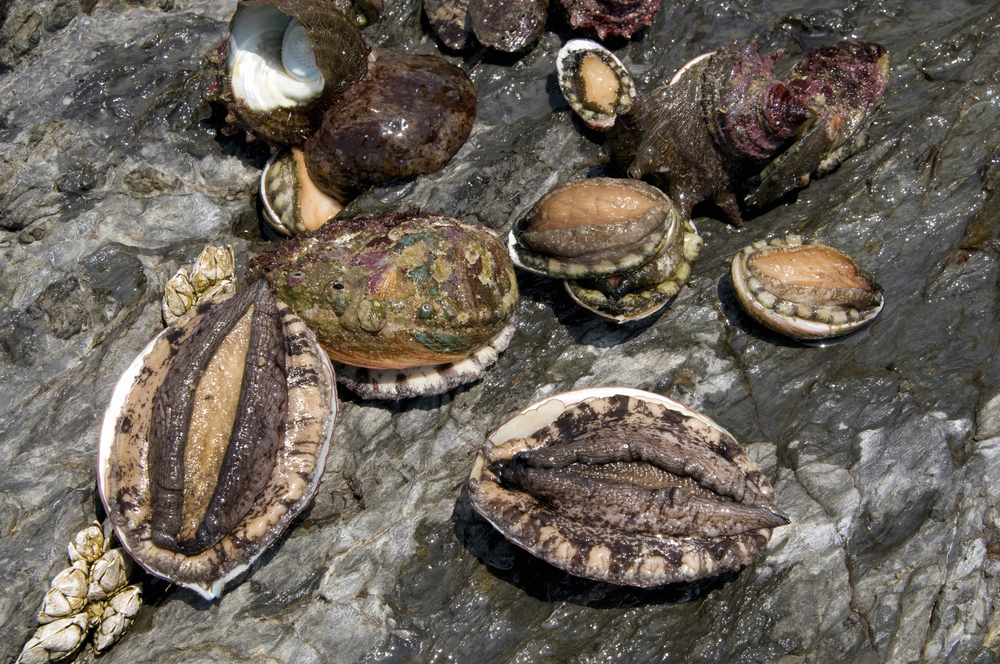 Predominately found off the coast of California, White Abalone once numbered in the millions. Now the estimated population is between 1,600 and 2,000. These clam-like gastropods reproduce by releasing their eggs and sperm out into the water. The smaller the population, the less likely the egg will be fertilized. Scientists call this population threat a reproductive failure. Overfishing and susceptibility to infections are also threats. Many groups are attempting to revive white abalone populations with habitat restoration and breeding programs.

As Jacques Cousteau famously said, “people protect what they love.” If you love diving and sharing the ocean with marine life, you can help protect it. Now that you are armed with this knowledge, do what you can to raise awareness. Check out Project AWARE’s Sharks in Peril and Marine Debris programs.