You’re dropping down through crystal clear water to a vibrant tropical coral reef. As you breathe in, your descent slows a little. You shift direction with a deft fin kick to line up with the reef edge and pause to take it all in. It’s a bit colder down here.

Suddenly, there’s a hiss of static and everything goes black. You stand up and turn on the lights. Your turn on the simulator is over.

While they’re never going to compare to the real thing, scuba simulations have been around for some time and have recently become rather sophisticated. Now, a small team at Massachusetts Institute of Technology (MIT) has developed a virtual reality scuba simulation that takes things to a whole new level. 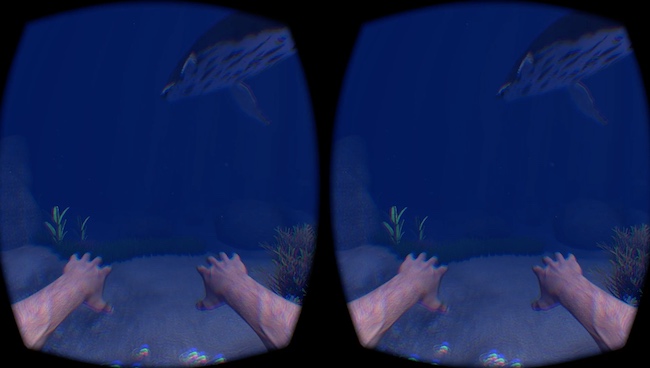 Most current simulations are limited to visual and aural displays, but the MIT team’s prototype, Amphibian, offers much more. Users lie face down on a spring-supported, water-filled, motion-detecting platform with their arms and legs hung byan elastic harness. Sensors then pick up user’s motions and the unit uses this to simulate swimming, buoyancy, drag and even temperature changes.

An Oculus Rift DK2 virtual reality headset and headphones provide 3D images and stereo sound. Flex sensors and inertial measurement units track arm and leg movement, allowing users to “swim” forward by kicking their legs. Peltier modules on the user’s wrists even simulate temperature changes relative to depth. Sensors attached to a snorkel measure the air inhaled and exhaled and use this to simulate buoyancy changes. 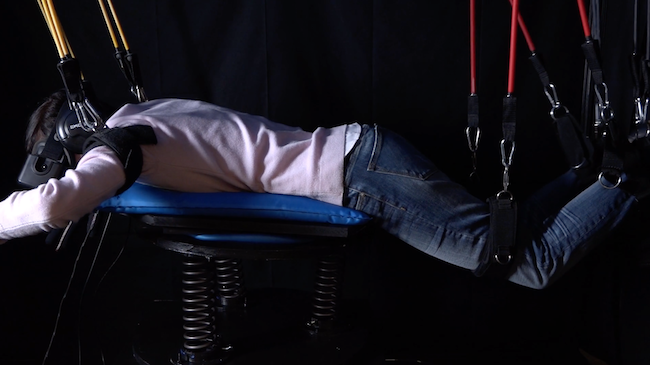 It’s all a bit complicated and definitely not likely to wind up in your living room anytime soon, but it’s an early prototype and it works. It creates a virtual reality environment that comes as close as currently possible to simulating the physical experience of swimming weightlessly underwater.

And for those who, for one reason or another, simply can’t join the ranks of certified divers, or those who just need a fix in between dives, that’s pretty cool.