Success for Sharks and Rays at CITES CoP17

Johannesburg, October 4, 2016 – Conservationists are delighted that CITES* Parties have officially listed devil rays, thresher sharks, and the silky shark under CITES Appendix II. The listing proposals were supported by more than the two-thirds majority required for adoption in Committee on Monday, and finalized today in Plenary.

“This is a big win for all these species of sharks and rays as governments around the world will now have to act to ensure that trade is from sustainable and legal fisheries,” said Andy Cornish of the WWF.

Nine devil rays, the three thresher sharks, and the silky shark were proposed by countries all over the globe for listing under CITES Appendix II, which obligates Parties to put in place international trade restrictions to ensure exports are sustainable and legal.

“We are elated by the resounding support for safeguarding the devil rays, some of the oceans’ most vulnerable animals,” said Sonja Fordham of Shark Advocates International.  Devil rays have just one pup every two or three years, leaving them exceptionally susceptible to overfishing. 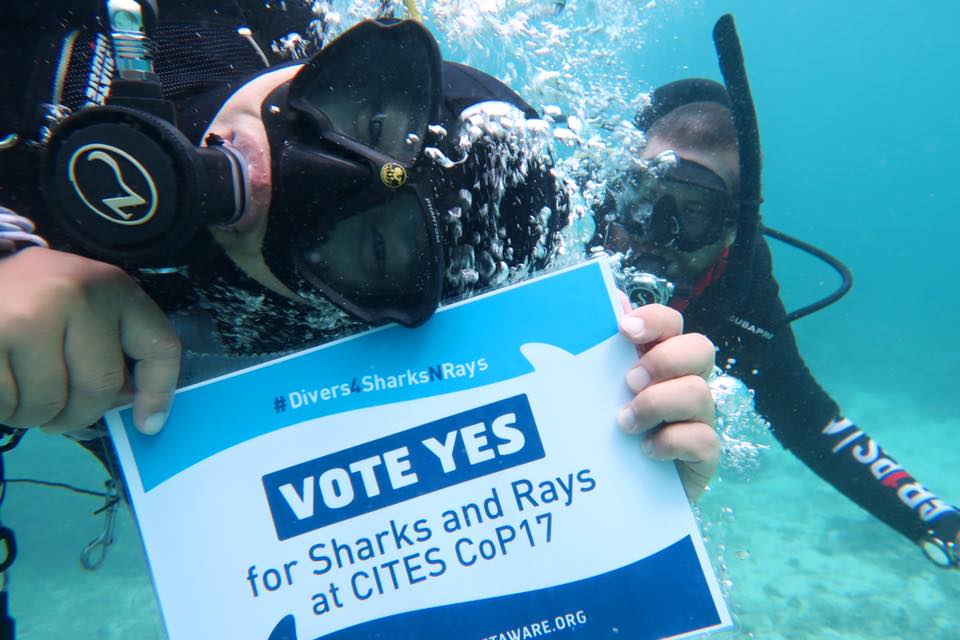 Ali Hood of the Shark Trust noted, “While we’re pleased by this important decision to regulate trade in silky sharks, we stress that complementary fishing limits and measures to reduce incidental catch are key to the effective conservation of this species.”

“We are grateful that governments recognize the value of healthy thresher shark populations for both fisheries and tourism,” said Ania Budziak of Project AWARE®.

CITES Parties now have six months to implement the new international trade obligations for devil rays, and one year to do the same for silky and thresher sharks.

“We urge governments to put in place these vital international trade controls, as a matter of priority,” added Amie Brautigam of the Wildlife Conservation Society.

Earlier in the meeting, Parties agreed steps aimed at improving the traceability of shark and ray products, which is fundamental to CITES implementation. Countries’ interventions reflected a growing recognition of the vital role CITES can play in shark and ray conservation by enhancing data, improving management, and ensuring sustainable international trade.

*Convention on International Trade in Endangered Species of Wild Flora and Fauna.