Divers Giving Back in Bonaire

After a long lapse of diving, I decided to ease back into the sport on the island of Bonaire in the Dutch Caribbean. Aquatic artist/photographer and my travel companion Richard Bilow originally created his 3D multi-media installations using footage from Bonaire, and he returned with me (for the fourth time) to shoot in 4K. 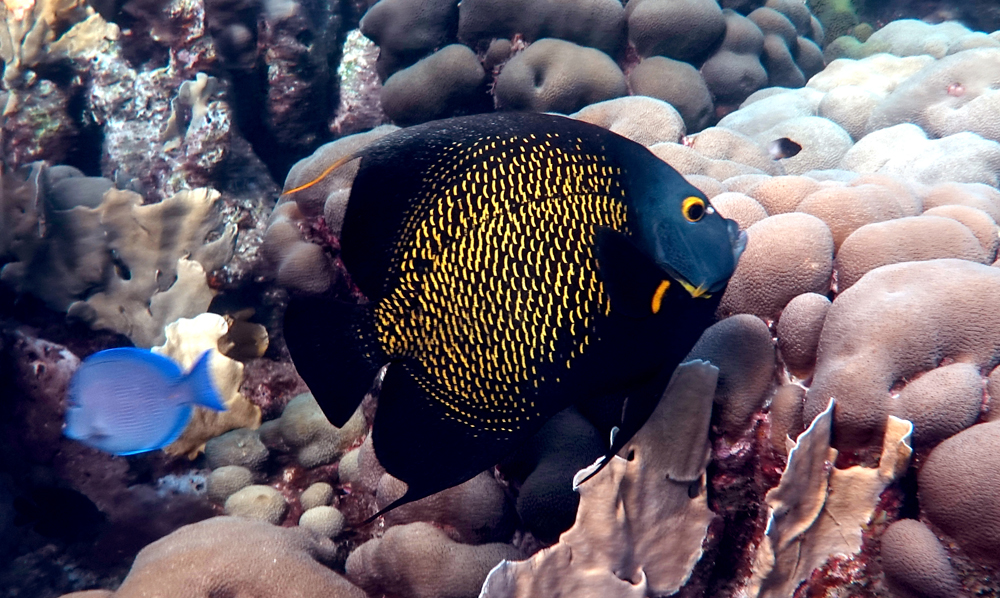 We stayed at Buddy Dive Resort which has a great reputation. Dive master/instructor Laura Summers met us at their dock the first day for a check out dive and refresher course. An experienced diver, she was quite thorough as she worked with us and then led us on our first dive. In addition to working as a Buddy Dive instructor, Summers also volunteers for Coral Restoration Foundation Bonaire (CRF-Bonaire). She is the project leader for the Buddy Dive team. Along with Augusto Montbrun, manager of the Buddy dive operation, the team is successfully “rebuilding” portions of the reef which have been damaged over the years by rare storm surge. I learned about CRF during a mandatory lecture intended to educate newcomers to Bonaire about the importance of respecting and protecting the coral reefs. 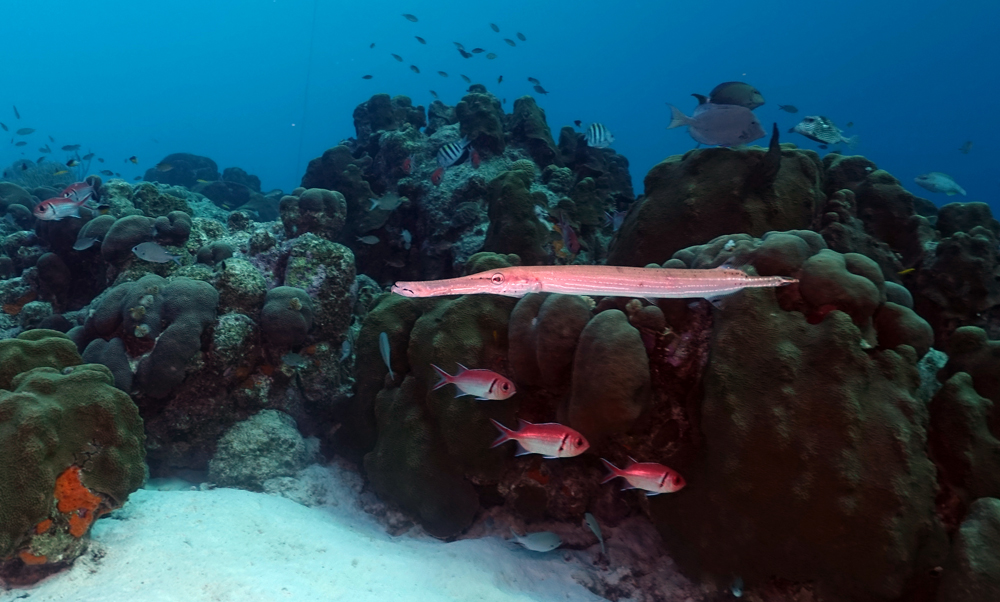 Summers oversees Buddy Dive’s nursery of twenty-three coral “trees” as well as multiple restoration sites around the island. She also coordinates daily coral restoration activities for the staff at Buddy Dive. There are currently over 9,000 corals included in Bonaire’s nursery project – all in various stages of growth. Over 8,000 corals to date have been transplanted. Dive shops such as Harbour Village, Wanna Dive and Gooodive share the responsibilities as volunteers with CRF Bonaire, and visiting divers commonly return to help. 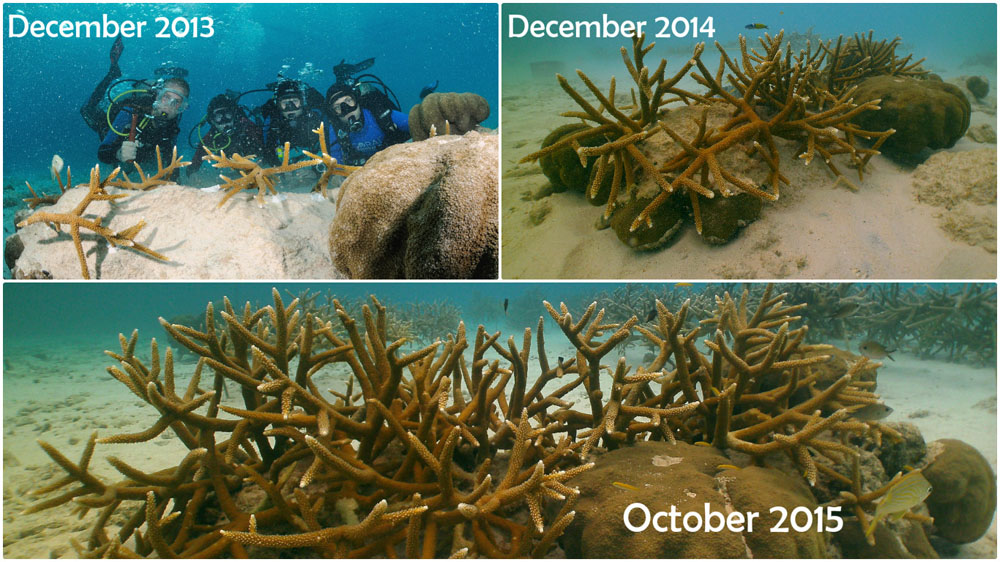 Summers gave us a scuba tour of the Buddy Dive nursery. It was quite inspiring to see the restoration process first hand. “I just hope that we can impact enough people so that one day we won’t have the need to restore,” said Summers, who clearly loves being a part of this project. “I love seeing people come back again and volunteer in the nurseries with me. They take away a sense of awareness, pride, gratification, respect and then spread their new knowledge about coral restoration to their friends and family.” 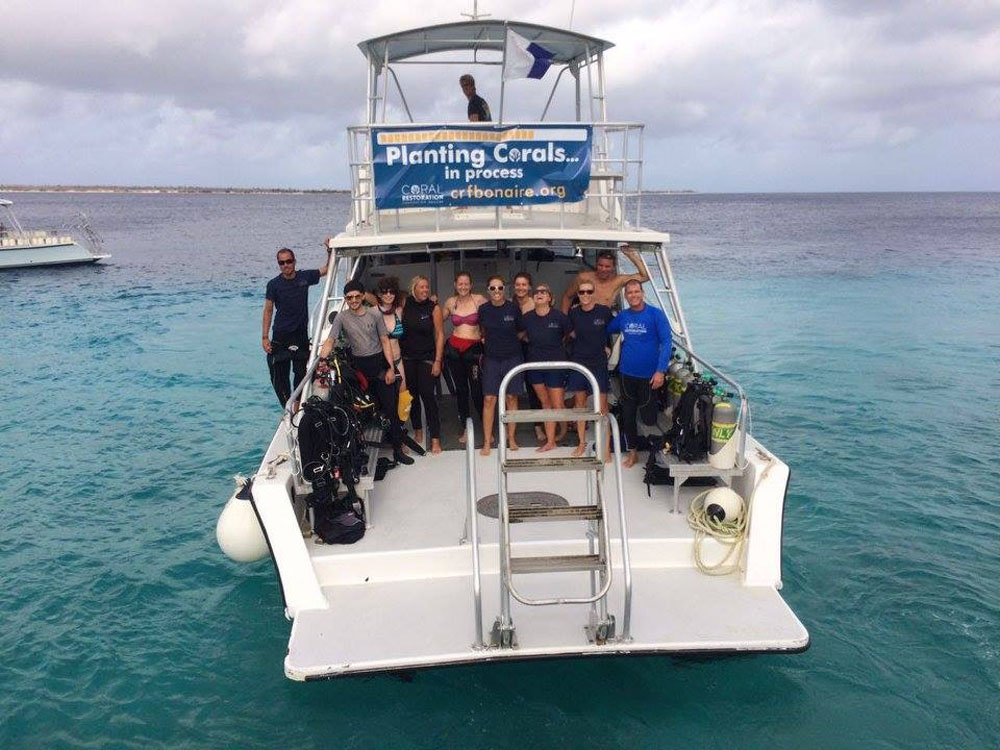 Take in the beauty of Bonaire while giving back. For additional info and interviews with CRF founding director Ken Nedimyer, see this article here.