What’s in a name? 11 Sea Creatures that Look Exactly How They Sound

Have you ever wondered why we call a shark a “shark” or a turtle a “turtle?” While some animals seem to have a random name, the following 11 sea creatures were obviously named after their appearance. Read on to learn fun facts about these fascinating sea creatures:

These soft-bodied creatures might look and feel like jelly, but they’re tough carnivores that have been around for more than 650 million years. Jellyfish are almost 98 percent water, but watch out – their tentacles are covered with cells that contain stinging threads, and when the jellyfish encounters another creature, these threads uncoil to help it catch its dinner. 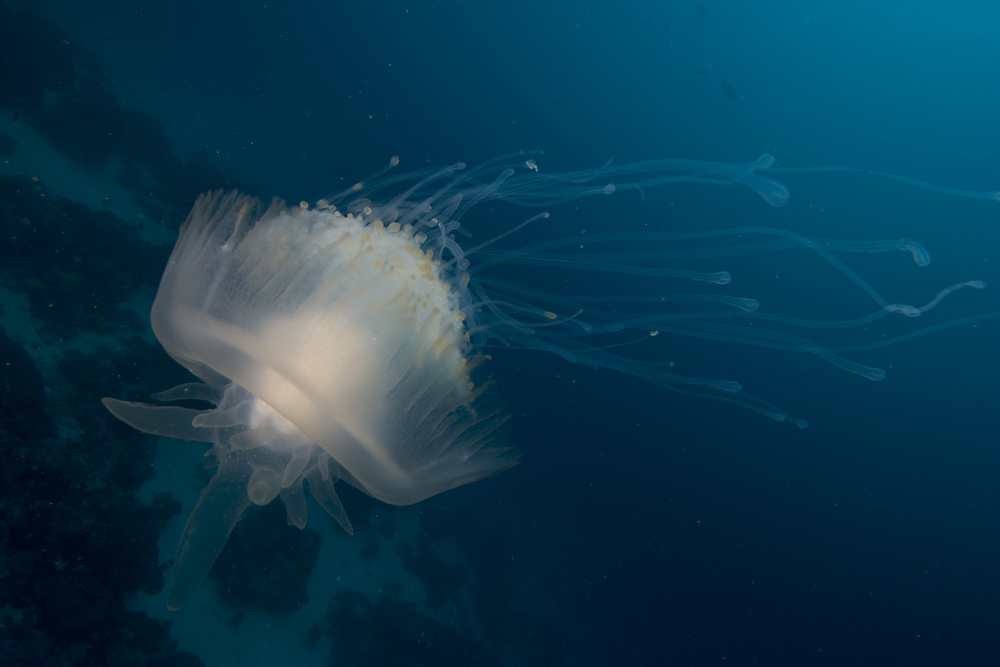 Sailboats might not be the fastest way to travel the ocean. The sailfish, however, is the fastest swimming animal. Some estimate that these fish can travel at up to 70 miles per hour (112kph)! Their sails are usually folded when swimming but are reported to stand up when scared, excited, or when herding prey. 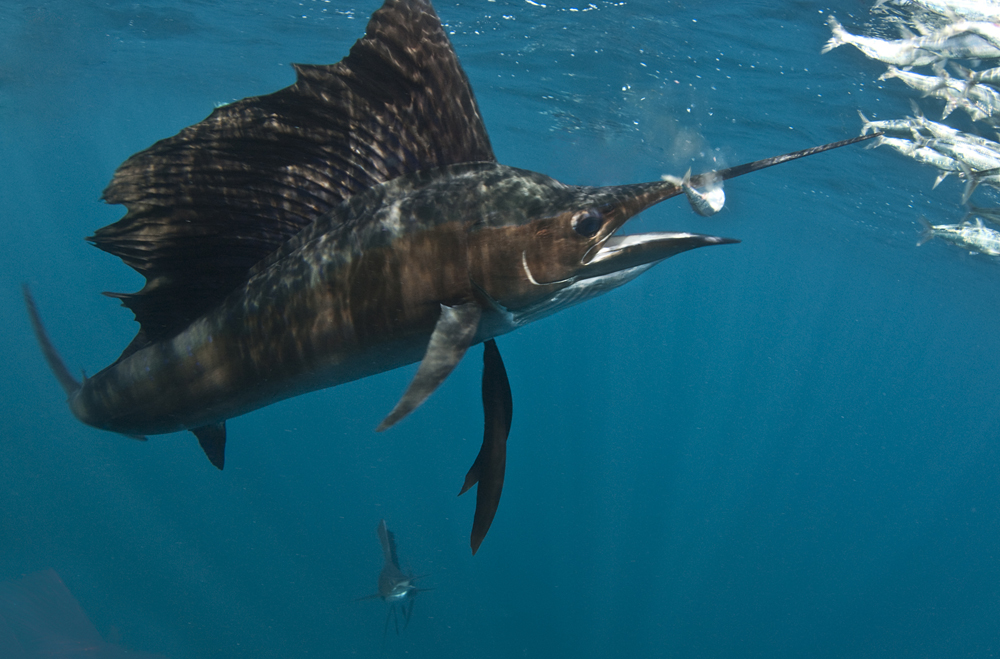 Whilst diving you might mistake the stonefish for rocks on the seabed. Be careful not to, however, because stonefish are the world’s most venomous fish, with 13 spines connected to venom-filled sacs on their back which can pack a very nasty punch even to humans. 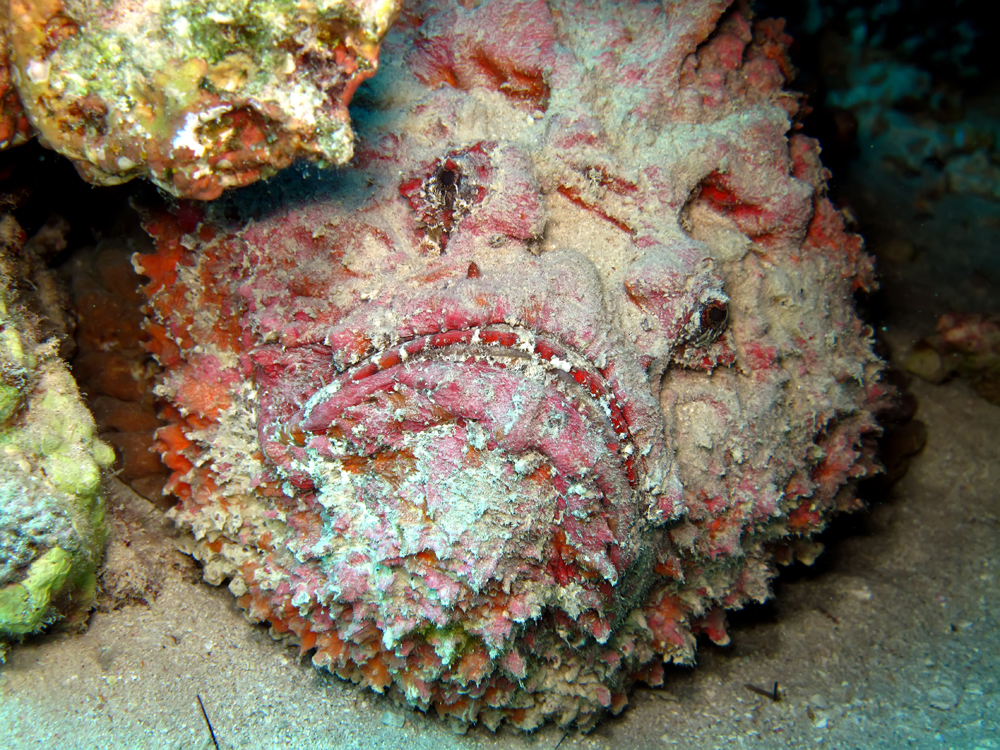 While they come in various sizes and colours, all sea stars (sometimes called “starfish”) are shaped like, you guessed it, a star. Five-armed sea stars are well-known but some – like the sun star – have up to 40! And, not only can these amazing critters regenerate lost arms, some can even create a whole new sea star from just a single arm and part of the central disc. 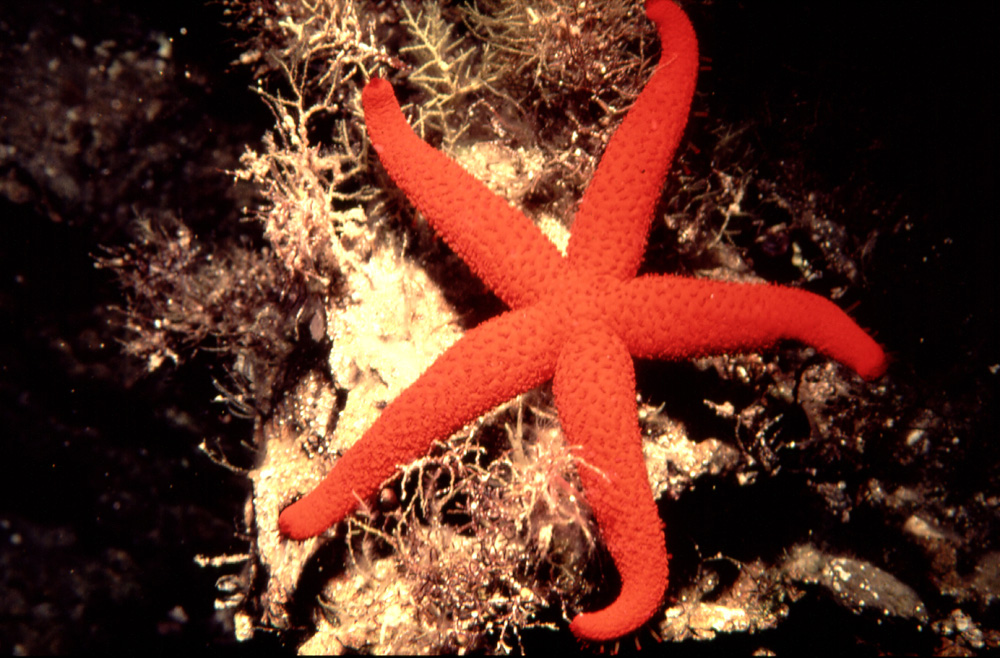 Leopards might be dangerous on land, but leopard sharks are harmless to humans (unless provoked) – their diet includes invertebrates such as crabs, clams, shrimp and octopus. Their name comes from their leopard-like markings which are as individual as fingerprints. 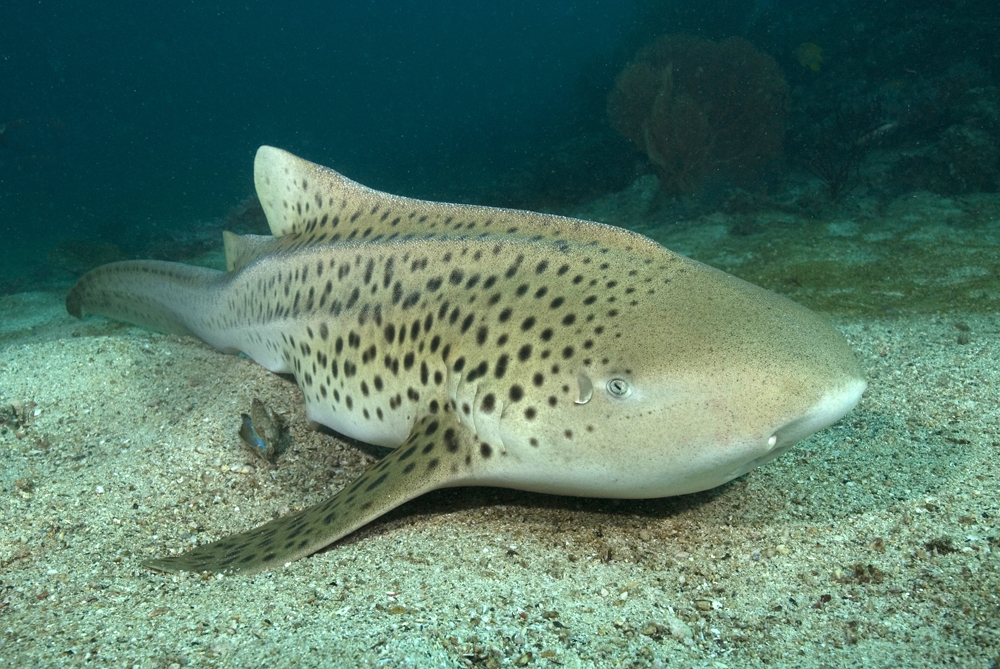 Much smaller than the horses you ride, sea horses can be as tiny as 0.6 inches (1.5cm) tall. They are very poor swimmers, so to prevent strong currents from washing them away, the sea horse uses its prehensile tail to grip onto weeds and grass. 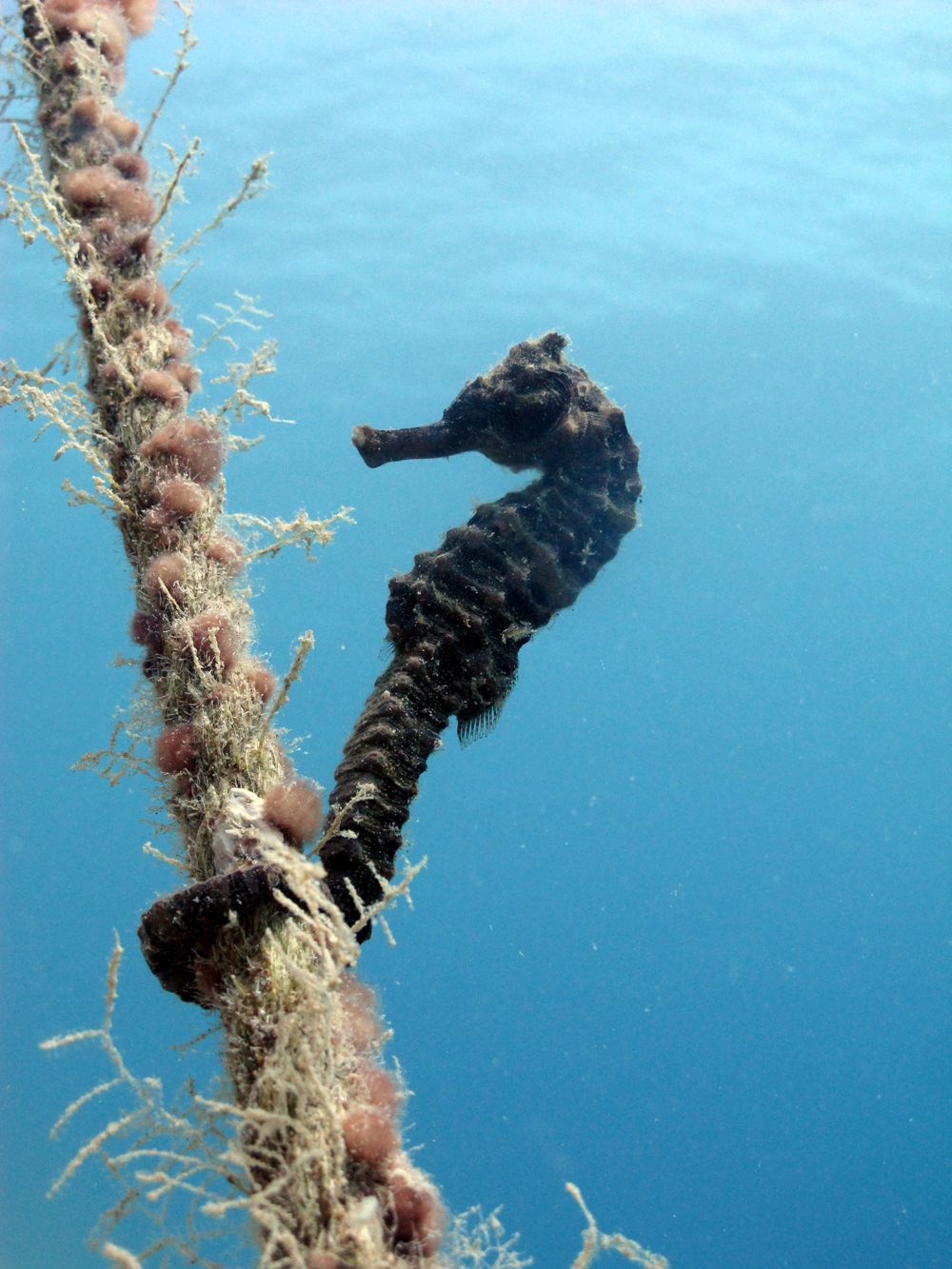 The “saw” of the sawfish is not actually its teeth, but modified scales; the real teeth are located inside the sawfish’s mouth. The snout – or rostrum – is used for catching prey, digging in sand and has electroreceptors to detect passing prey. 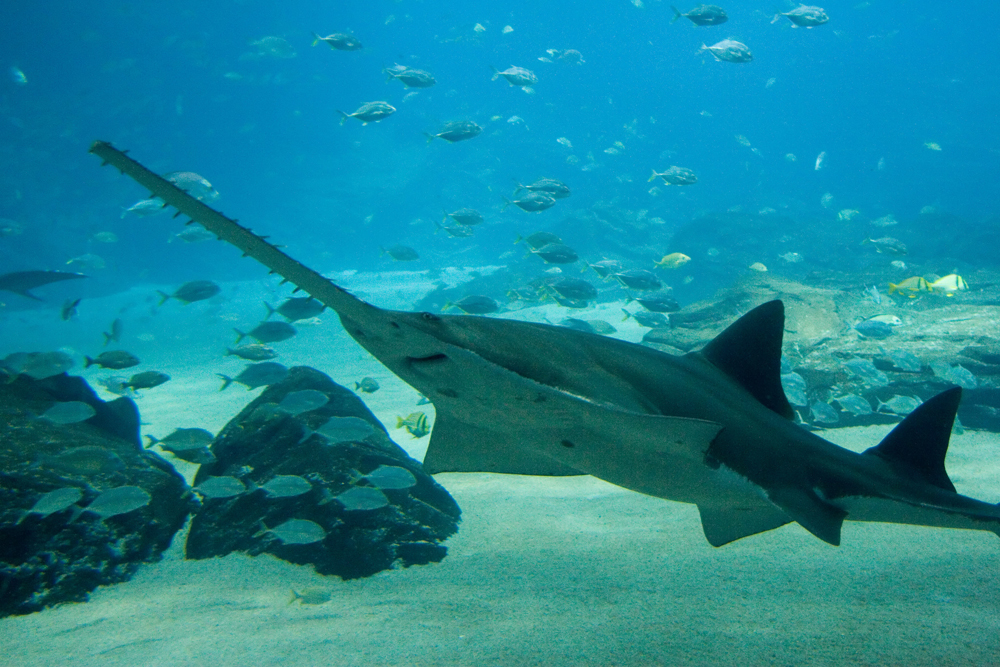 Although evolved from its land-based counterpart, sea snake has adapted for marine life with an oar-shaped body and flattened tail to help it move easily under water, which makes it helpless on land. Unlike fish, they don’t have gills but instead have extended lungs which allow them to stay submerged for around two hours. 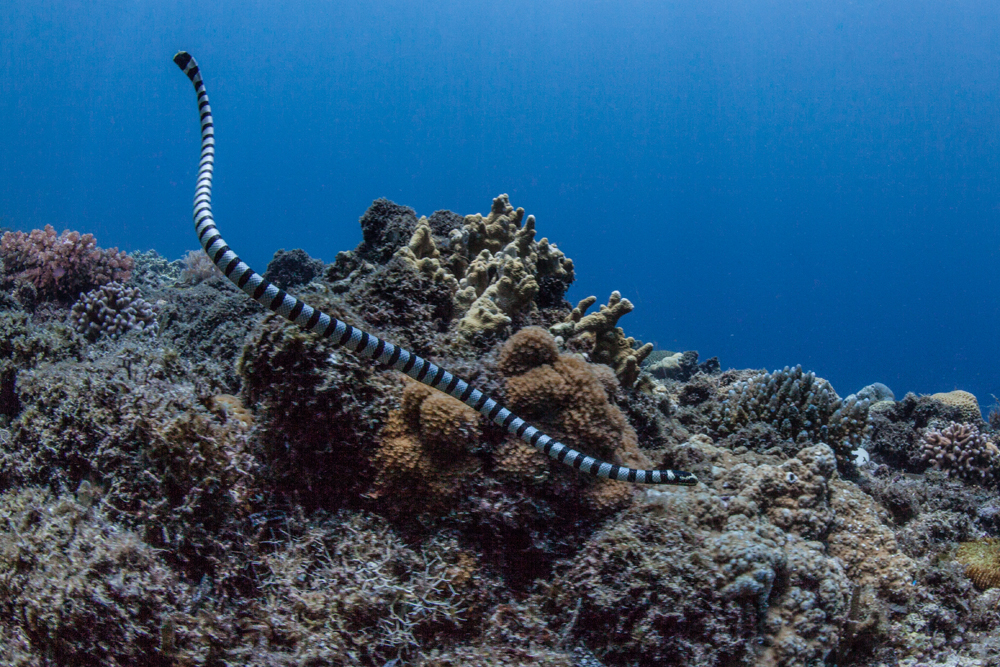 The trumpetfish is a master hunter. It can change colours easily to blend in with the reefs, often pretending to be a branch of coral, and will hide in the shadow of large fish as a way to sneak up on its prey undetected. 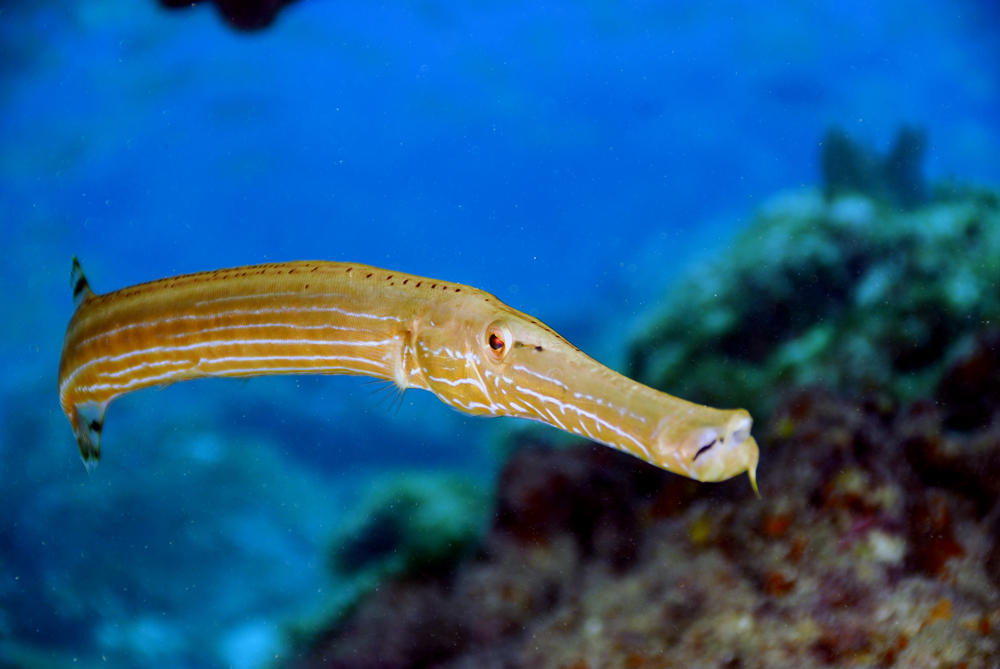 Unsurprisingly, these guys get their name from being square in shape. Juveniles have bright yellow colouring which acts as a warning to predators, but which fades to a browner shade as they get older. When they get stressed or sick, the boxfish releases toxic proteins from its skin which can be lethal to any other fish in the surrounding water. 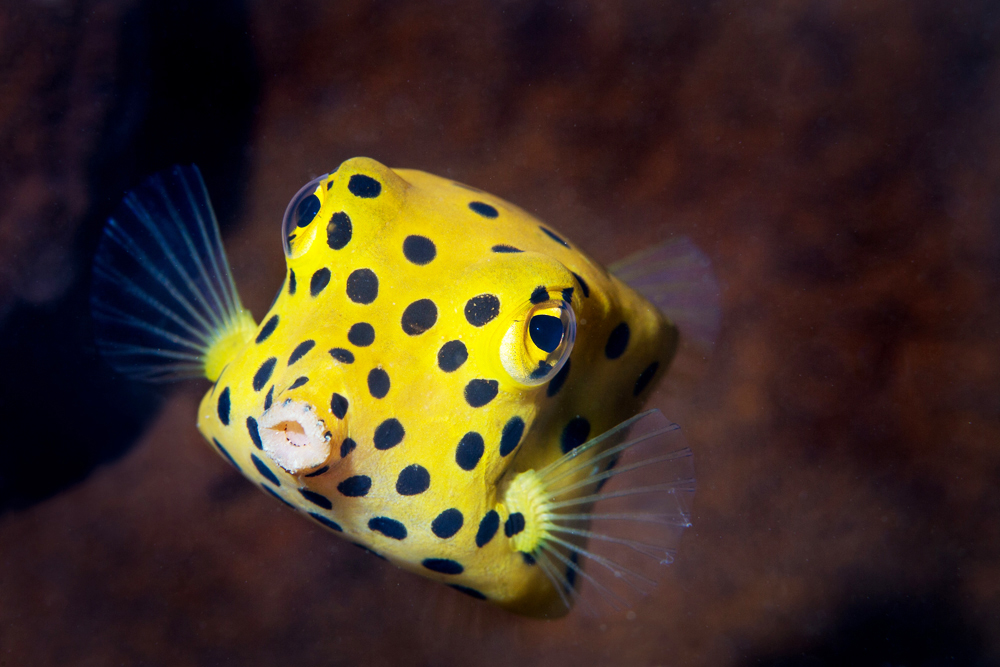 Possibly one of the most distinctive creatures in the ocean, there are actually nine species of Hammerhead shark. Their unusual shape gives them almost 360 degrees of vision which helps them to easily find prey, but it does leave a blind spot right in front of their nose! Research has shown they are one of the few animals that can get a sun tan, after swimming in shallow waters for long periods of time. 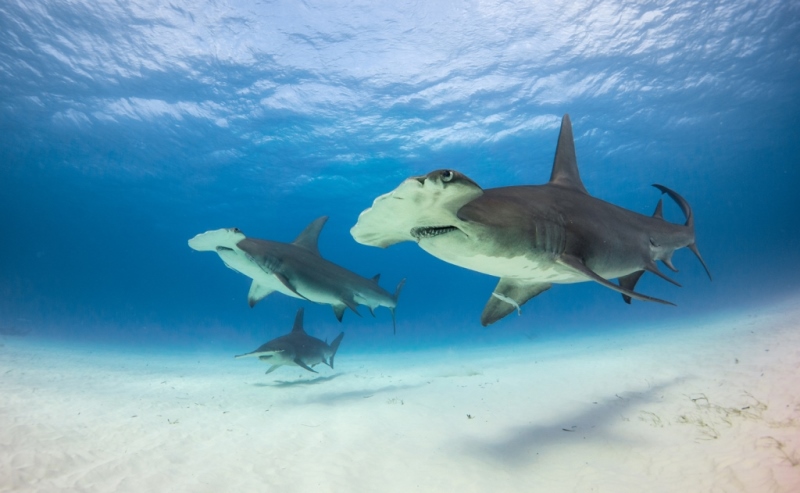 If you’ve enjoyed these fun facts, don’t worry – the learning doesn’t have to stop here! Discover more about your favourite critters and their names with the Scuba Earth Critter Finder.