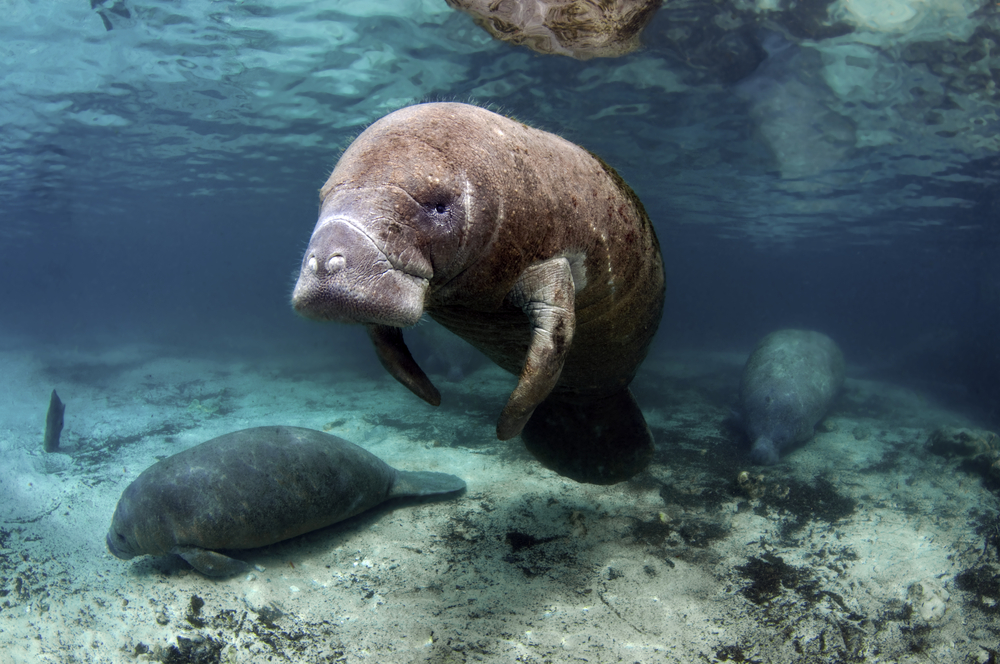 You’ve heard legends of enchanting mermaids who lure sailors to veer off course.

These stories came from Greek mythology and were told in Christopher Columbus’s time, landing in what is now the Dominican Republic.

What could have possibly conjured up stories of a creature that was half fish, half woman? Historians now believe that the legends came from lonely, scurvy-ravaged seamen seeing a manatee for the first time.

Sirenia is the order of these entirely aquatic mammals. Weighing as much as 1,350 kilograms (3,000 pounds), the sirenia looks like a cross between a walrus and a pug dog.

There are two types of animals that fall under the aquatic mammal order sirenia. One is the dugong, and the other is the manatee (or trichechidae, which means “hairy”). There are three species of manatee: the Amazonian manatee, the West Indian manatee, and the West African manatee.

All sirenias eat sea grass and live in warm, coastal waters. They prefer shallow wetland areas around the edges of lakes and streams and tend to congregate in wide, shallow, protected bays.

Sometimes called sea cows, manatees have a shorter snout than their cousins the dugongs. Manatees have a round, paddle-shaped tail, while dugongs have a fluked tail similar to whales.

Dugongs, pronounced “Do-Gongs” and occasionally nicknamed sea pigs or sea camels by locals, populate East Africa to Australia, including the Red Sea, the Indian Ocean, and the Pacific. 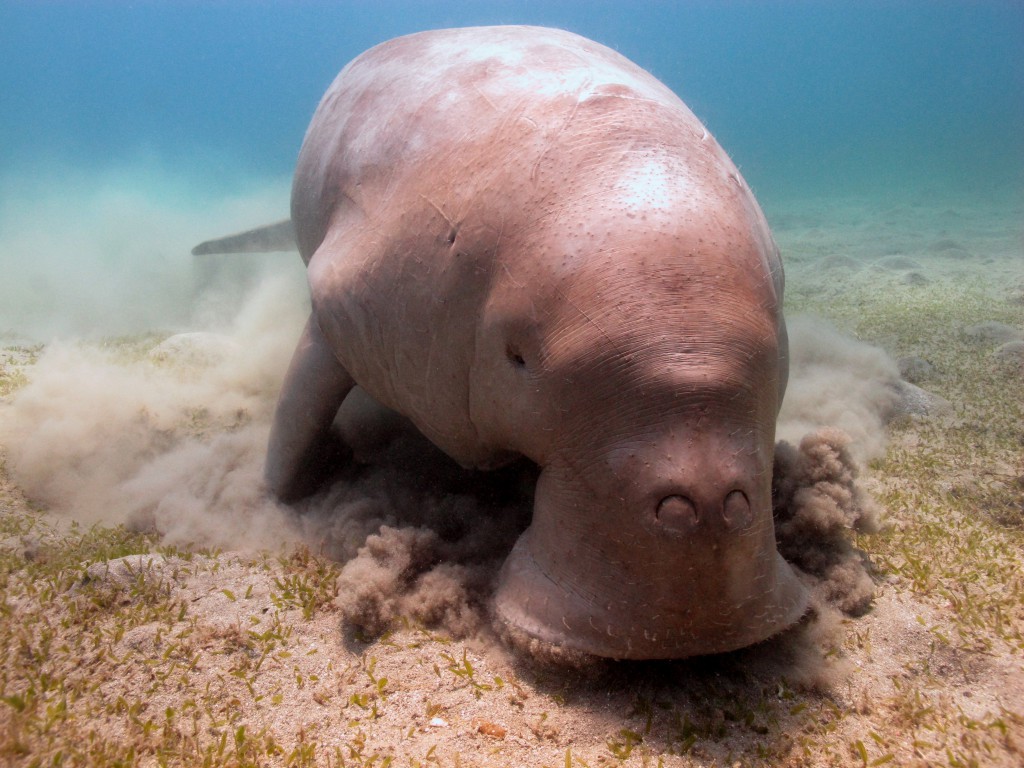 Since these animals are marine mammals, you may think that they are related to dolphins and whales. That’s not the case. They have the same ancient ancestors as the elephant.

Moving at the speed of molasses, they are no match for watercraft. Humans have put the species at risk of extinction by injuring them with boat propellers, destroying their habitat, and eliminating their food source.

If you’d like to take a swim with these wrinkly creatures, here are a few of the best places to swim with Sirenia. 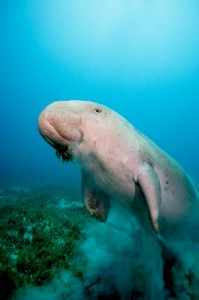 Philippines: Often seen near Dimakya Island.
East Timor: In the heart of the Coral Triangle between Australia and Indonesia.
Mozambique: An African safari combined with diving in Mozambique is the ultimate animal sighting adventure.
Vietnam: As it is somewhat unexplored, divers will find a rich culture and natural beauty in Vietnam.
Vanuatu: This adventurer’s paradise is the home of bungee jumping, volcanoes, and dugongs.

Dominican Republic: Also a place to see humpback whales.
Belize: Take a break from diving the blue hole and visit manatees at Swallow Caye Reserve.
Florida: Crystal River in the northwest part of the state is the home of many operations that offer manatee experiences.

To find other places you can swim with manatees and dugongs, check out the ScubaEarth Critter Finder.