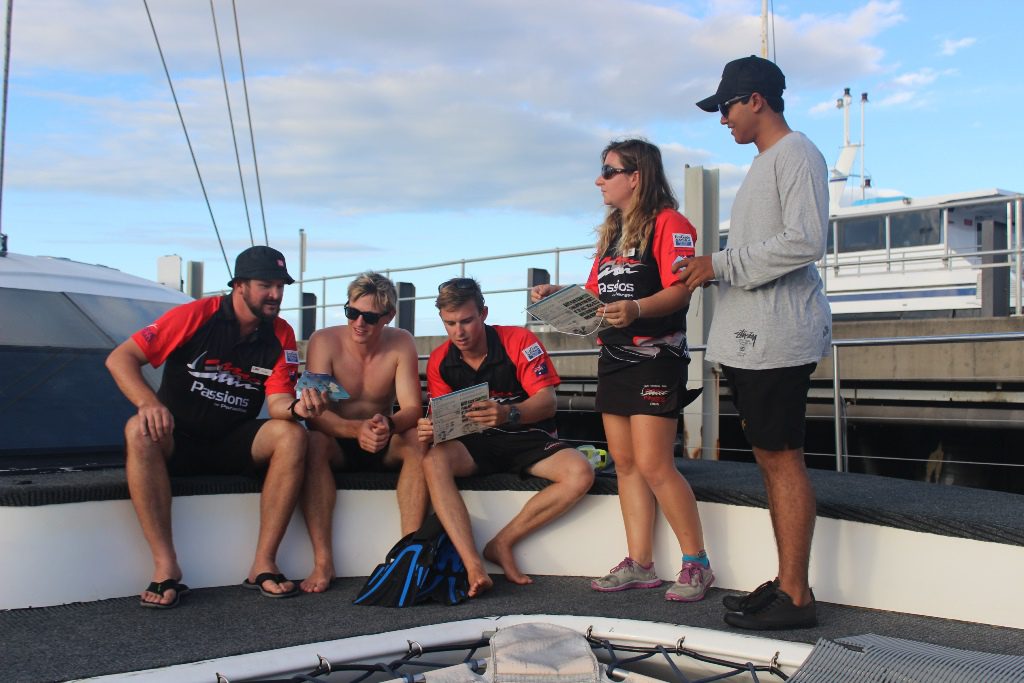 Passions of Paradise has expanded its citizen science program in anticipation of a surge in interest following the David Attenborough series on the Great Barrier Reef.

Passions of Paradise Chief Executive Officer Scotty Garden said the company had boosted the number of crew accredited with Ecotourism Australia to five as part of the company’s commitment to educate passengers about the Great Barrier Reef.

“Each of these EcoGuides can host snorkelling groups wanting to participate in the Great Barrier Reef Marine Park Authority’s Eye on the Reef and Rapid Monitoring Survey programs.

“The programs simplify the process of data collection so anyone, not just marine biologists, can contribute information on the health of the Reef.

“Snorkellers are given an underwater slate with information on it that allows them to tally the fish species they see and asks questions to help them make observations about the coral.”

Mr Garden said Russell, Jaz, Craig, Alex and Joe were part of a growing number of boat crew who considered their work on the Great Barrier Reef a career choice and not just a fun job.

“They are passionate about working in this World Heritage area and educating the public about its values,” he said.

“A decade ago more than half the crew consisted of backpackers on work visas, but that has changed as more people want a career in sustainable tourism and travellers are looking for an authentic eco experience.

“We want every passenger to leave with a story about protecting the Great Barrier Reef so that people around the world care about its future.” 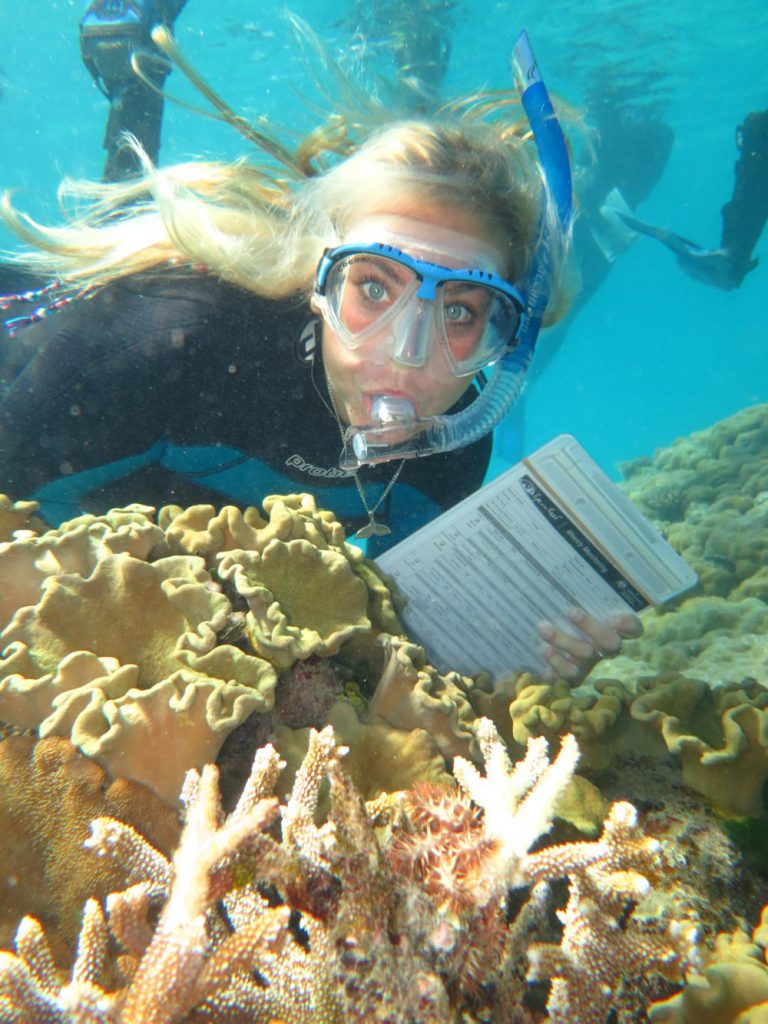 Craig Decourcy started with Passions of Paradise in 2007 as a chef and quickly worked his way up the ranks becoming a Dive Master and then a Dive Instructor. He is now a qualified First Mate with a Master V ticket and Marine Engineering Degree Class II. He conducts the glass bottom boat tour four to five days a week, and also helps the skippers look after the general maintenance on the boat.

Alex Kane joined Passions in 2012 and also worked her way up from chef and kitchen hand to Dive Master, Dive Instructor, and First Mate with a Coxswain certificate and Marine Engineering Degree Class II. She conducts glass bottom boat tours two to three days per week and helps with the marine biology presentation in her capacity as an instructor.

Joe Balls joined Passions in 2014 as a Dive Instructor and quickly became a favourite with passengers and crew. Originally on a working holiday visa which would have given him six months with Passions, Joe proved such an asset that Passions sponsored his migration to Australia in 2015. In addition to looking after the divers, Joe regularly conducts the marine presentation and assists in the maintenance of the Scuba equipment.

Jasmina Uusitalo (better known as Jaz) joined Passions in early 2015 and has a degree in Marine Biology. She brings great scientific knowledge to the afternoon marine biology presentation and has recently returned to work at Passions after spending a few weeks tagging large sharks for a research project.