Sharks Should be Respected, Not Feared

“We hear the word “shark” and we can’t help but immediately fill in the blank after it with “attack”.” – Elaina Zachos, writer for the National Geographic online

Let’s be honest, sharks have a pretty bad reputation. Our obsession with sharks as bloodthirsty, man-eating beasts has been drip-fed to us through the media and fear-inducing movies such as Jaws, The Shallows, and Deep Blue Sea have roused fear among swimmers of the dangers lurking in the deep.

Sharks have starred in our horror films for decades, but the culture of fear surrounding these incredible creatures needs to be demolished. It’s time for us to rethink sharks and understand there’s more to them than just their bite.

You’re More Likely to be Killed by a Cow

It’s safe to say that sharks are some of the most misunderstood fish on our planet. While shark encounters do occur and there are people who have been attacked by sharks, this is extremely rare – despite the fact they receive extensive coverage in the media.

The fact is, your chances of encountering a shark and becoming a victim of an unprovoked shark attack are far less likely than being struck by lightening or killed by a cow!

Yes, you read that correctly.

You are more likely to be killed by a cow than attacked by a shark.

Cows kill around 22 people a year, while sharks cause around 5 deaths annually. In fact, according to the International Shark Attack File, you have about a 1 in 3,748,067 chance of dying in a shark attack.

However, sharks are big fish and they can do some damage, so it’s important to show them the respect they deserve. We are not advising that you simply jump into the water with sharks, just as we wouldn’t recommend jumping into a backyard with a strange dog. Sharks need to be respected and appreciated for their role as top predators.

Sharks are at the top of the food chain and they have finely honed senses that, along with speed, make them highly-skilled hunters. Sharks have the job of keeping the ecosystem in-check and properly balanced. They do this by purposefully preying on weak or sick fish and grooming marine populations so that they don’t overpopulate an area. What’s more, because sharks kill sick fish they help stop the spread of disease and sickness which could kill other fish species.

However, due to coastal pollution and extensive fishing, sharks are struggling to survive. Their dying out will cause the marine environment to rapidly degrade, so it’s important we do everything we can to reduce ocean pollution and save the sharks! 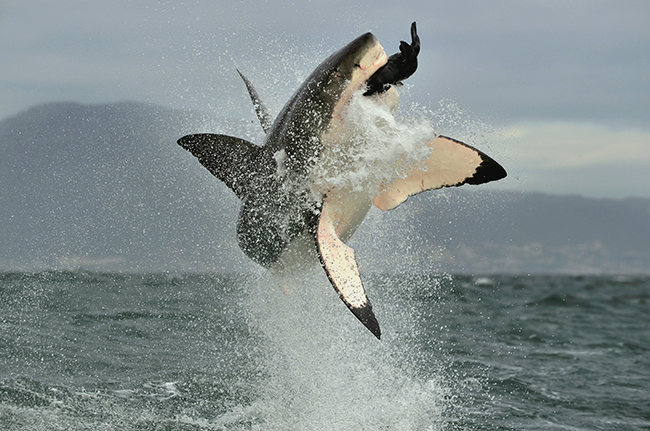 Perhaps surprisingly, sharks are equipped with very strong immune systems and are resistant to many cancers as a result. A recent study found that unique modifications in the genes of sharks may be what provides them with the ability to fight off cancer. This discovery could be used in medical research, possibly translating into medical benefits for humans – such as cancer cures!

There is So Much to Learn About Sharks

Sharks have been around for at least 420 million years. That’s 120 million years before dinosaurs first appeared on land! So, there’s a lot we can learn about these incredible creatures. Through educating the public about sharks, we can help send a message that they don’t pose a threat and that they are, in fact, essential for the health of the world’s oceans.

Through initiatives like shark tourism, we are able to educate the public about sharks, the vital role they play in our eco-systems, and the danger humans pose to shark populations.

Just like domestic animals, sharks have their own personalities and temperaments and they are not always comfortable or interested in interacting with humans. In fact, of the 480 breeds of sharks worldwide, only 3 are considered dangerous to humans; Tiger Sharks, the Great White, and the Bull Shark. And even then, it’s unlikely you will be attacked by a shark.

There is still a very long way to go in understanding these incredible fish and there are promising steps being taken by eager people around the world to protect and understand them better.

Through education and understanding sharks better, we are able to better protect these fish and enable them to roam the oceans just as they’ve been doing for the past 400 million years. If this has inspired you to find out more about shark protection then head over to Project AWARE’s website to see what you can do!

Rachel Kerr is a copywriter for Oyster Diving, a PADI Scuba Diving and Travel Centre for divers in the UK. Oyster Diving take pride in providing once-in-a-lifetime dive holidays and courses tailor-made to our customers. Passionate about conserving the world’s oceans and beaches, Oyster Diving educate divers on environmentally-friendly practices.