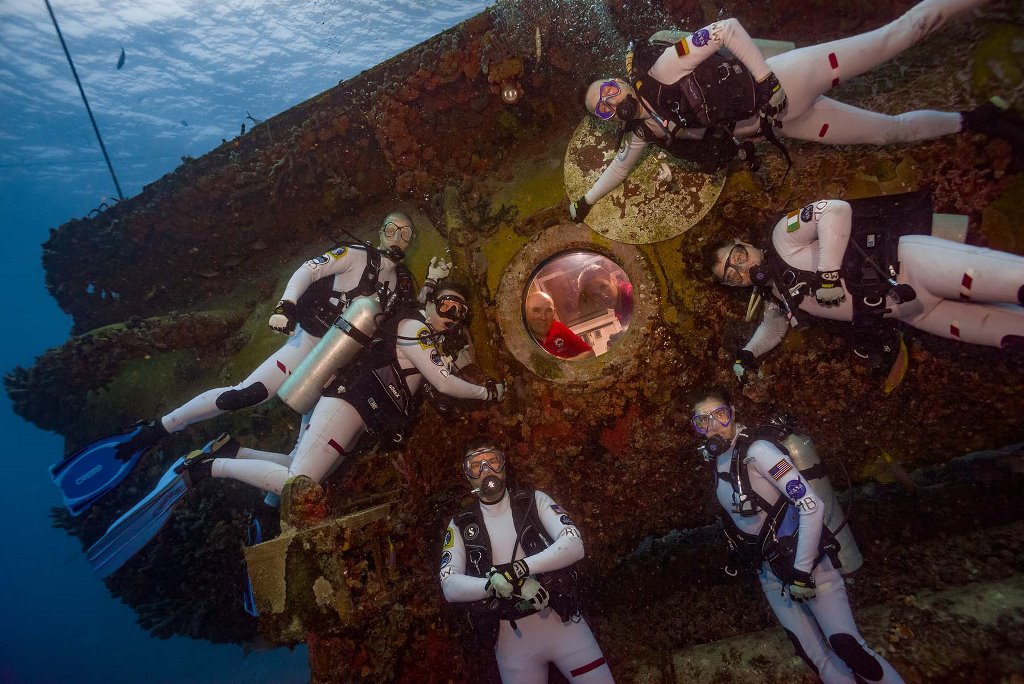 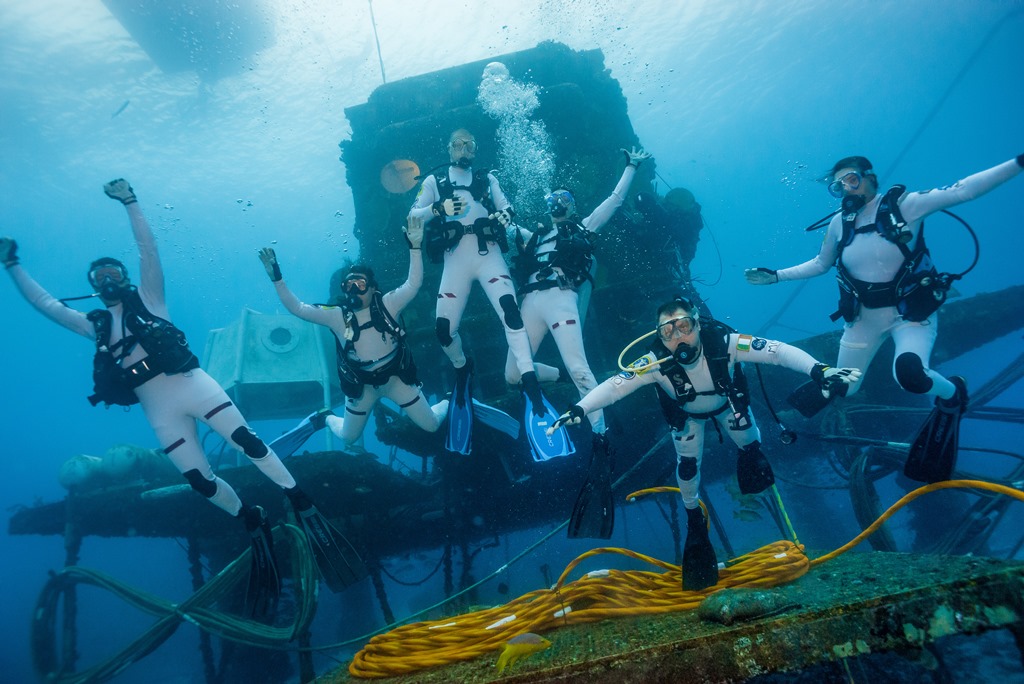 It’s been my privilege to be involved with NEEMO since its inception, in various supporting roles. I really never know exactly what I’ll be doing until I show up. That’s part of what I like about it. Over the years, I’ve instructed divers/crew, configured gear, loaded boats, and placed experiments. I’ve run errands, brainstormed concepts, built mockups, made lunches, shot photos and videos, composited maps, swept floors, and maintained equipment. The list goes on. Actually, quite a few PADI® Members, including PADI Instructor and ESA (European Space Agency) astronaut trainer Hervé Stevenin, and PADI Instructor Mark Hulsbeck, have had a hand in NEEMO over the years.

The most recent NEEMO XXI primarily called on my photography and Photoshop skills, including the accompanying crew shot. NASA’s home page featured it and so did a lot of the international media. Bill Todd conceived it, and the crew rehearsed placement and synchronized breathing for a bubble-free shot. Other images that were produced included a jumping shot (the crew’s idea) and a “hero poster” of Marc O’Griofa (not assigned – whacked my head and the idea popped up). To see the main mission images follow this link or find out more about underwater missions here. 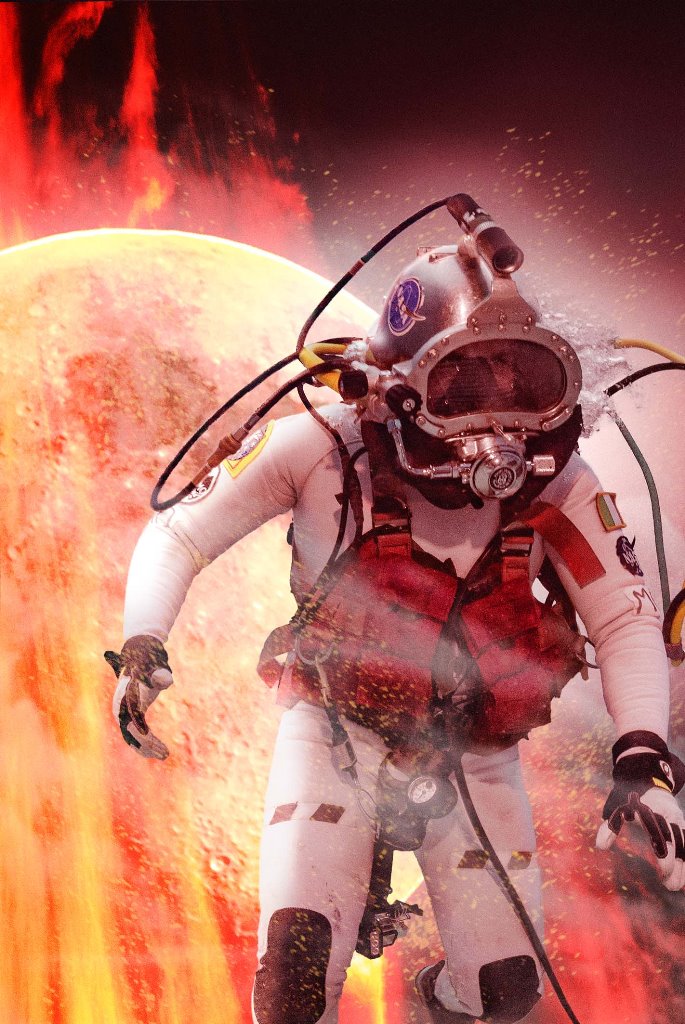