Who lives in the Red Sea?

If you’re planning to dive the Red Sea and its world-class coral reefs, you’ll likely hope for dolphins, sharks, turtles and of course, clownfish — to name but a few. But there are many more worth adding to the list; here’s a few of our favourites…

Unlike other parts of the world, the Red Sea is a native home for these elegant fish. Hiding inside caves, crevices and ledges during daytime, they hunt by night, even using divers’ torch-beams to spot prey. Keep your distance, though — their venomous spines pack a nasty punch. 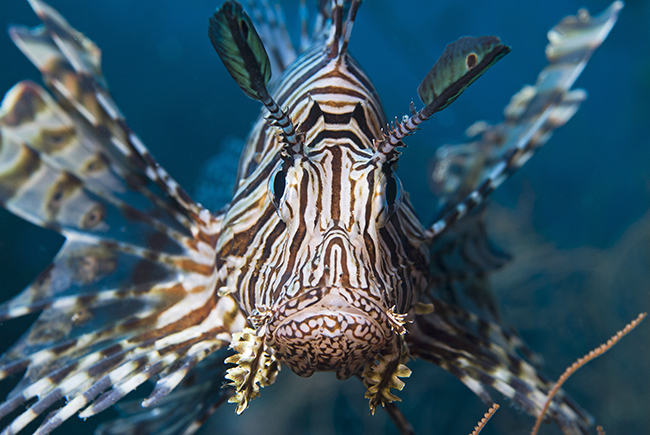 Also known as the Tentacled flathead, these harmless fish are named for their reptilian appearance, with a protruding jaw and tentacled eyes that disguise them from prey. Relatives of scorpionfish, they’re masters of camouflage; look for them on sandy patches or the decks of the Red Sea’s wrecks. 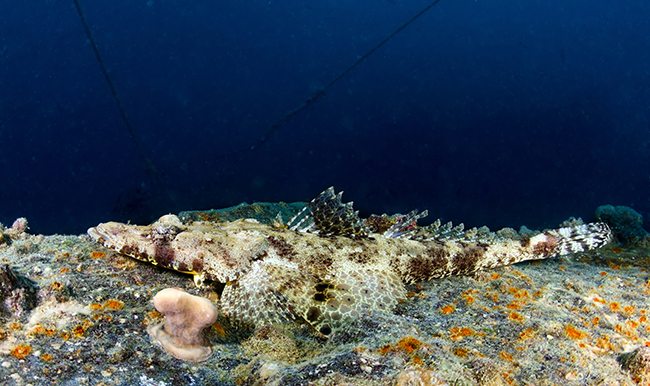 These solitary reef inhabitants can reach nearly 2.5ft (75cm) in size. Beware during breeding season (Jul-Sep), as they become highly aggressive, chasing divers who venture too close. Their territory is conical, so swim horizontally (not upwards) to avoid pursuit and unpleasant injuries. 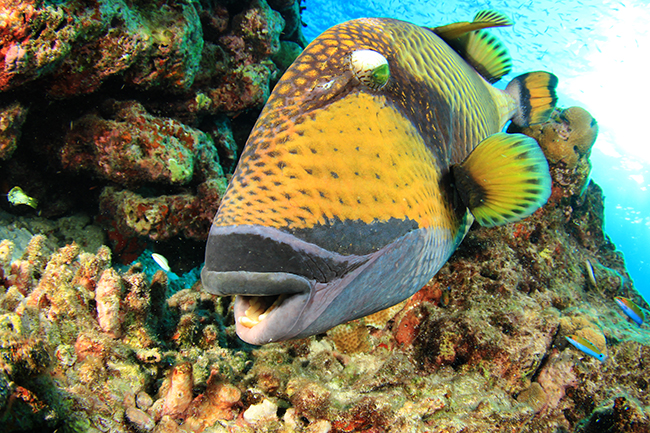 A vibrant display of greens, blues and pinks, parrotfish are so-called because of their beak-like teeth, with which they break up coral in search of food — though they’re harmless to divers. At night, you’ll likely spot them cocooned inside mucus, a tactic thought to help them evade predators. 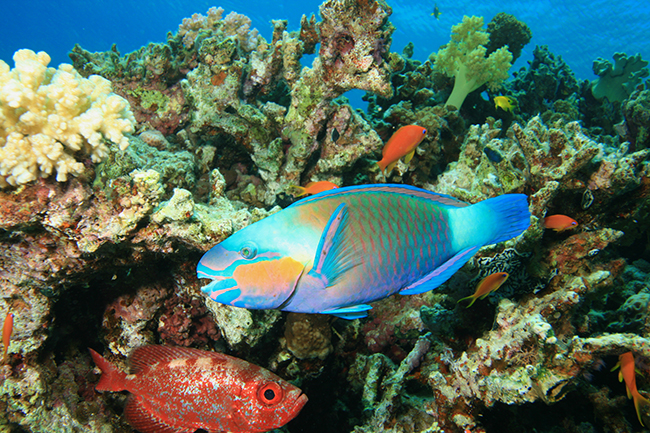 One of the largest reef fish (up to 6ft long), these gentle giants are instantly recognisable by a hump that’s reminiscent of Napoleon’s hat. The bigger the hump, the older the fish — and they can live for over 30 years. They’re also incredibly curious, often approaching divers for a closer look. 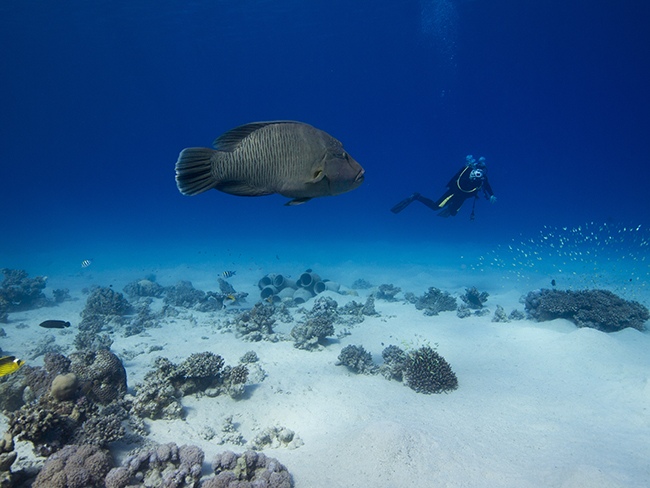 Divers often feel intimidated when the Red Sea’s largest moray shows its teeth, but there’s no aggression here; they open their mouth to circulate water over their gills. During the day they tend to stay hidden in holes, but you may spot one swimming around after dusk as it hunts for prey. 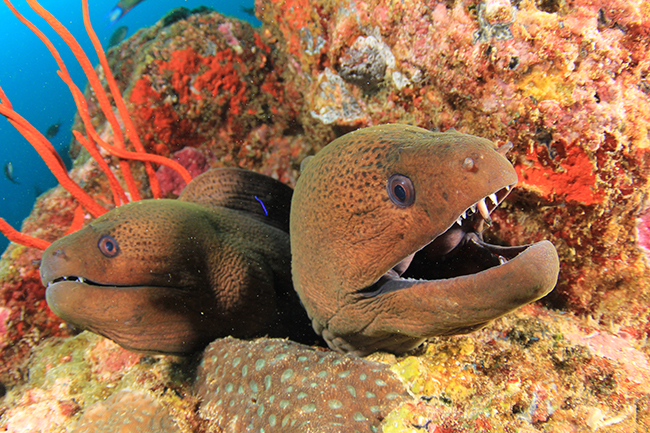 Found in sandy bays and lagoons, bluespotted rays are easy to identify with bright blue spots and big yellow eyes — and are a favourite subject for photographers. Although they have venomous spines on their tail, they are extremely timid and usually swim away if they feel threatened. 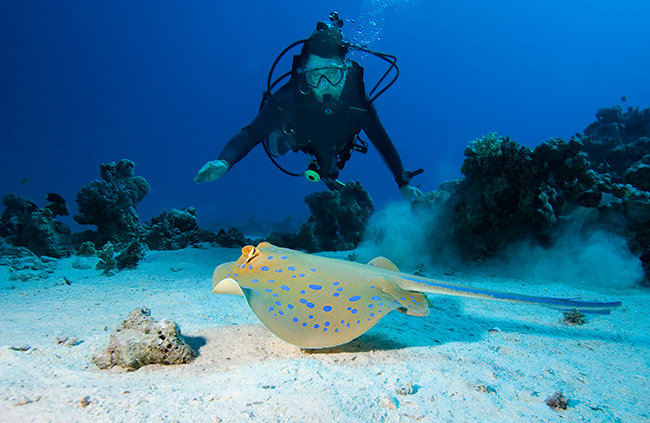 Can’t wait to meet some (or all) of these fascinating reef residents? Head over to PADI Travel today for more information on booking a dive trip to Egypt and other Red Sea destinations.