Despite the name killer whale, did you know orcas actually belong to the dolphin family and are not whales at all? In fact, they are the largest species of dolphin weighing in between 5,400kgs (11,905 pounds) to 8,600kgs (18,959 pounds), and measuring around 9 to 10 metres (29 to 33 feet) long! We’ve done a little research on these large sea creatures and provided you with five fun facts so you can get to know them a little more.

Killer whales acquired their name from their ferocious hunting style

With a name like killer whale it is easy to see how you would think orcas belonged in the whale family. So if they are dolphins, why are they often referred to as killer whales? Orcas are believed to have acquired the name killer whale by ancient sailors and whalers who observed their fierce hunting style on larger whale species. They called orcas ‘asesina ballenas’, or ‘whale killer’ – a term that was eventually flipped around to ‘killer whale’.

Orcas are the most widely distributed mammal after humans!

You can find orcas in every ocean and range from Arctic to the Antarctic. Whilst they prefer colder water, they have also been spotted in tropical water. More surprisingly they have even been spotted in freshwater rivers around the world including the Rhine, the Thames and the Elbe. The only place you won’t find them is the Black Sea and the Baltic Sea as well as some areas of the Arctic Ocean.

Orcas have no predators

That’s right, these guys are on top of the food chain as they are apex predators. Orcas are one of the most powerful animals in the ocean with no other predator being able to challenge them – not even the great white. They can travel speeds of up to 48 kilometres (30 miles) per hour and have a mouth full of three inch long teeth that are shaped for ripping and tearing their prey. Not only do they have the brawn but also the brain making them extremely efficient hunters. 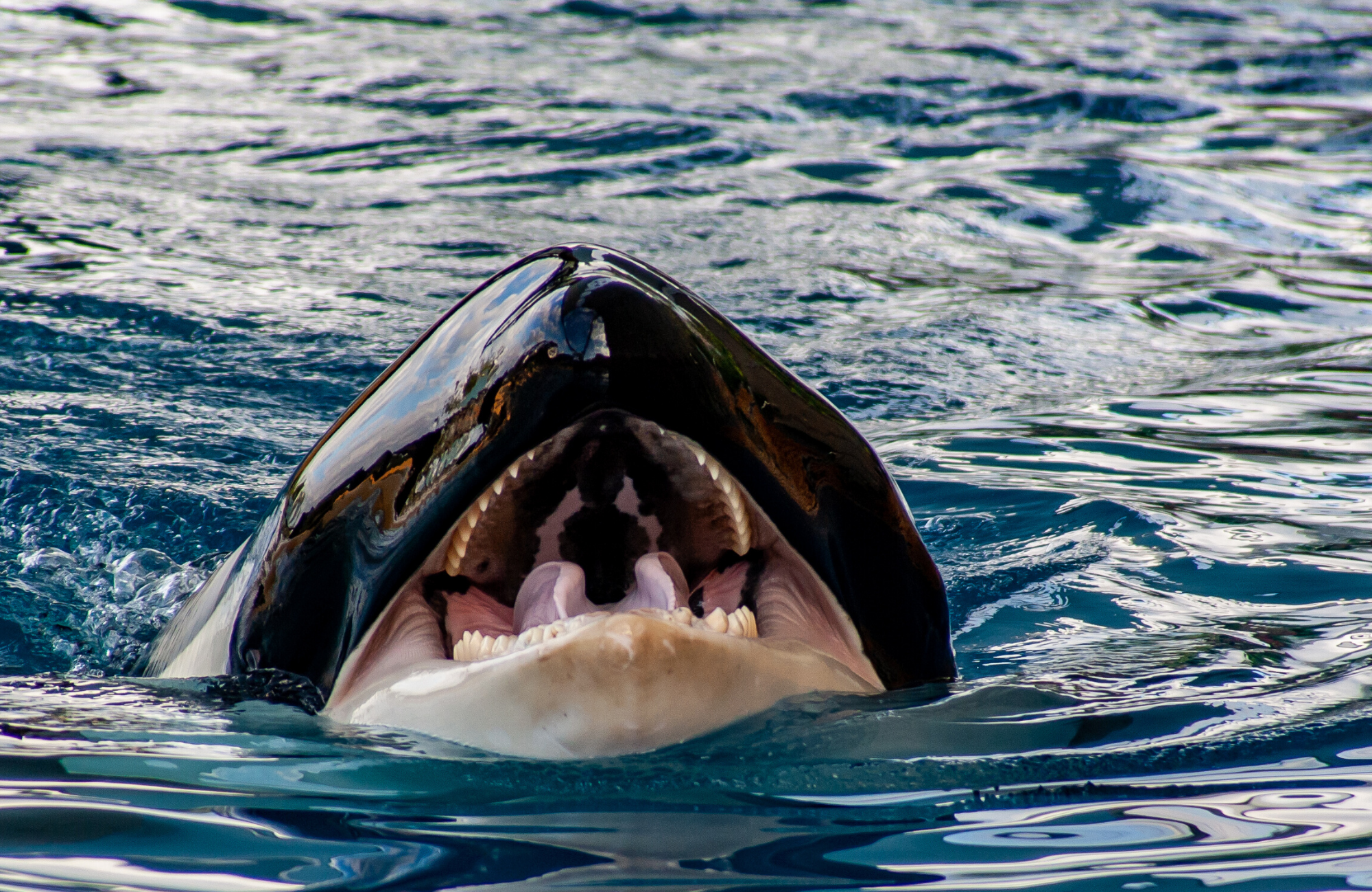 Whilst it would appear that orcas and humans have little in common, female orcas and humans both go through menopause. Female orcas typically start reproducing at the age of 15 and stop half way through their life in their 30s and 40s – they can live till they are around 90. They often give birth to one baby at a time every three to ten years after a 17-month pregnancy (eek – no thanks!).

Orcas have a large appetite eating just about anything in the ocean from other dolphins to seals, sea lions, penguins, squid, sea turtles, sharks and whales. They are even known to hunt sea birds – nothing is off the menu. They have a range of hunting techniques but some of the more creative include beaching themselves or creating waves to knock seals off the ice – clever little devils aren’t they?! 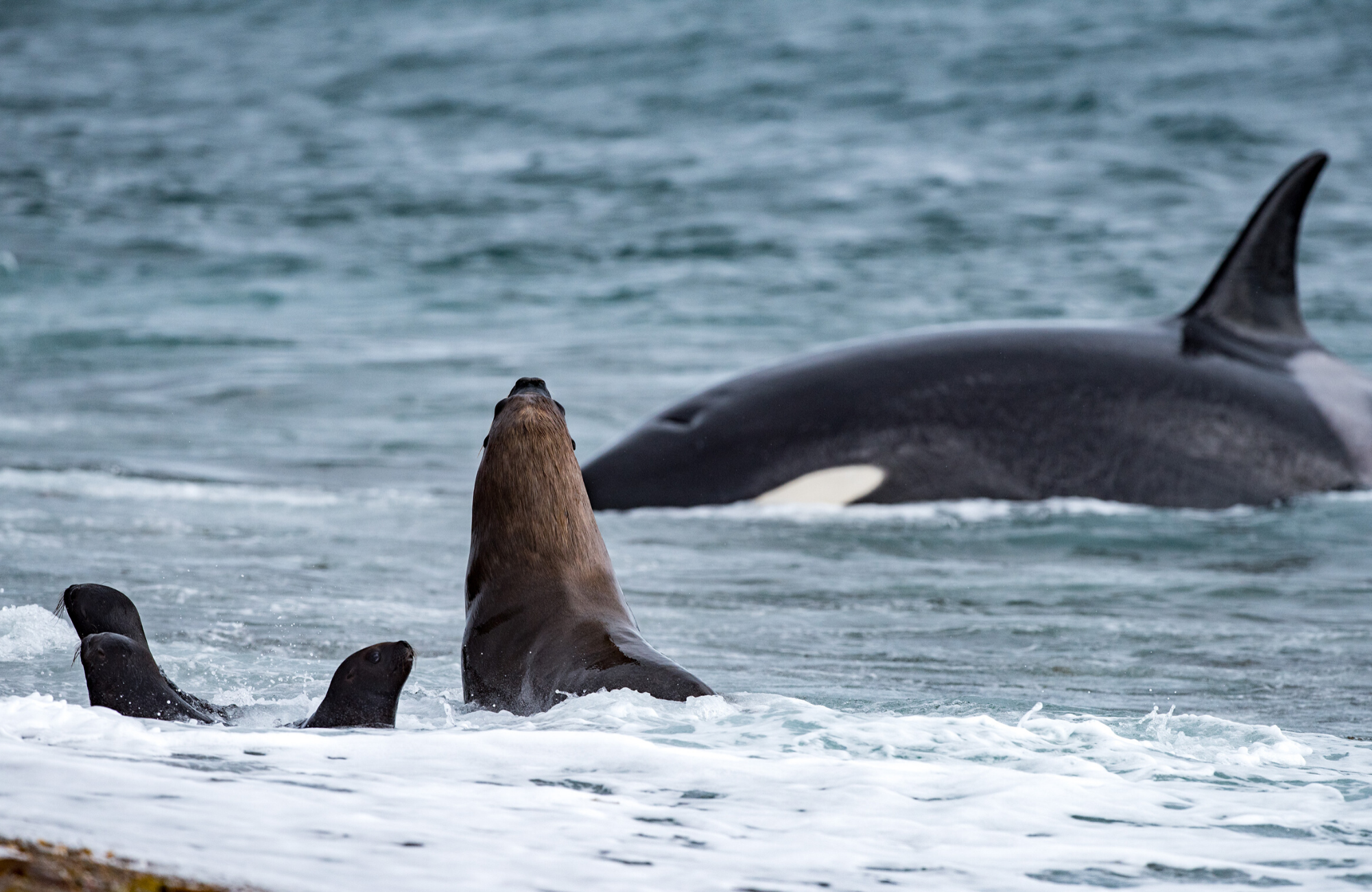 Want to know what it’s like getting up close and personal with these amazing creatures? Read PADI Ambassadiver Birgitta Mueck’s experience diving with orcas.

4 Unique North Bali Experiences to Add to Your Bucket List